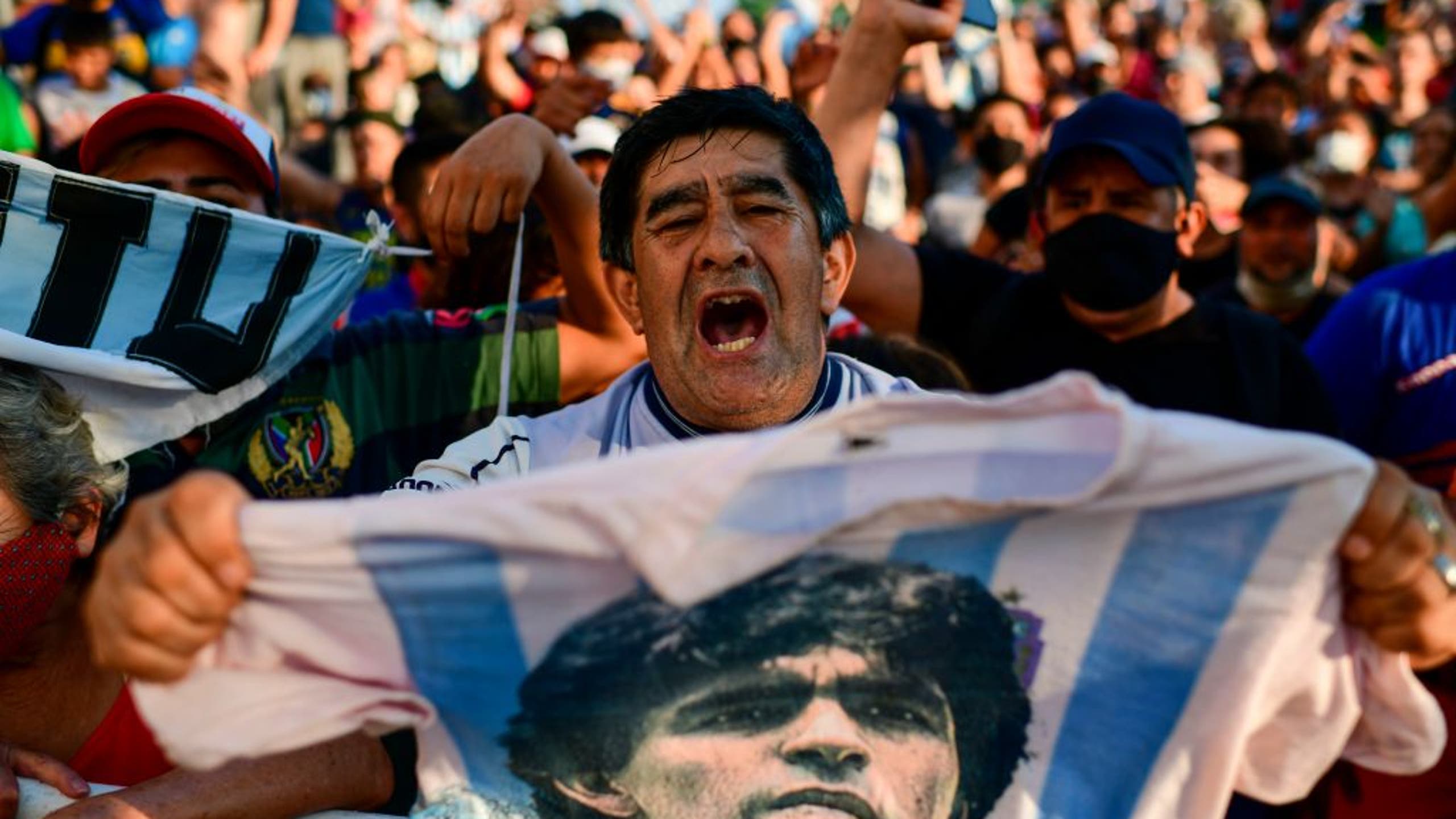 Soccer is the kind of game, with such a global and passionate following, that inspires poetic descriptions of its iconic players.

Such was the extraordinary talent and – it must be said – controversial nature of Diego Maradona, who died from a heart attack aged 60 on Wednesday, that countless words have been used to tell his story, yet only one that rings true every time.

Maradona was all kinds of genius on the soccer field; a clinically brilliant and ruthless one, a carefree and enigmatic one, and, finally, when the ravages of alcohol and drug abuse took their poisonous effect, a comprehensively tortured one.

His legacy will be as arguably the greatest player who ever lived, a discussion that for nearly three decades has involved only himself and Brazilian icon Pele, while modern superstars Cristiano Ronaldo and Lionel Messi may soon join it.

For Ronaldo – typically more interested in hearing praise about himself than bestowing it upon others – to instantly release a heartfelt tribute about Maradona’s brilliance, says much.

“Today I say goodbye to a friend and the world says goodbye to an eternal genius,” Ronaldo said. “One of the best ever. An unparalleled magician. He leaves too soon, but leaves a legacy without limits and a void that will never be filled.”

Few players in history can be said to have been single-handedly responsible for winning a World Cup. Maradona is among them, due to his exploits in leading Argentina to triumph at the 1986 tournament in Mexico.

Then at the peak of his powers, his footwork, trickery, and superb ball skills were on a level that no opponent came close to having an answer for.

Yet his most remembered performance came in a quarterfinal against England that showed both the dark and the magnificent side of Maradona, separated by just minutes.

Just four years removed from the Falklands War between Argentina and the United Kingdom, Maradona’s “Hand of God” goal – where he punched the ball past England goalkeeper Peter Shilton and into the net – generated international uproar.

Any doubt that he was the best player on the pitch, however, was dispelled soon after, when he slalomed past eight opponents and scored one of the most breathtaking World Cup goals of all time.

He spent the most productive years of his career playing club soccer in Europe, starring for Barcelona in Spain and Italy’s Napoli. The attention was never far away, and ultimately, Maradona’s checkered personal life took its toll.

At the 1994 World Cup in the United States, Maradona’s polarizing nature came to the fore once more. After scoring a brilliant goal (marked by a wild-eyed celebration) against Greece and setting up two goals against Nigeria, he tested positive for ephedrine and was sent home in disgrace.

Such was the intrigue surrounding Maradona that he remained in the spotlight even in retirement. He took a series of coaching positions, including leading Argentina to the 2010 World Cup quarterfinals, and developed friendships with governmental figures such as Fidel Castro and Venezuela’s Hugo Chavez.

His personal demons continued to plague him and, after he was spotted acting erratically and crudely gesturing to fans at the 2018 World Cup, his former agent Jon Smith expressed concern over Maradona’s habit of mixing sleeping medication with alcohol.

The announcement of his death came after a period of hospitalization that included emergency brain surgery to treat a subdural hematoma.

In Argentina he is beloved like no other, an incredible talent who was the architect of probably their finest sporting hour.

As citizens spilled onto the streets, three days of national mourning was decreed, as Argentina’s public showed how warmly they felt towards Maradona, while nursing regret that his life away from soccer did not take a smoother path.

Even in passing he remains a complicated figure, just as he was in life.

But in soccer, he was – and will always be – a genius.

Get more from FIFA Men's World Cup Add to your favorites to get information about games, news and more.
in this topic