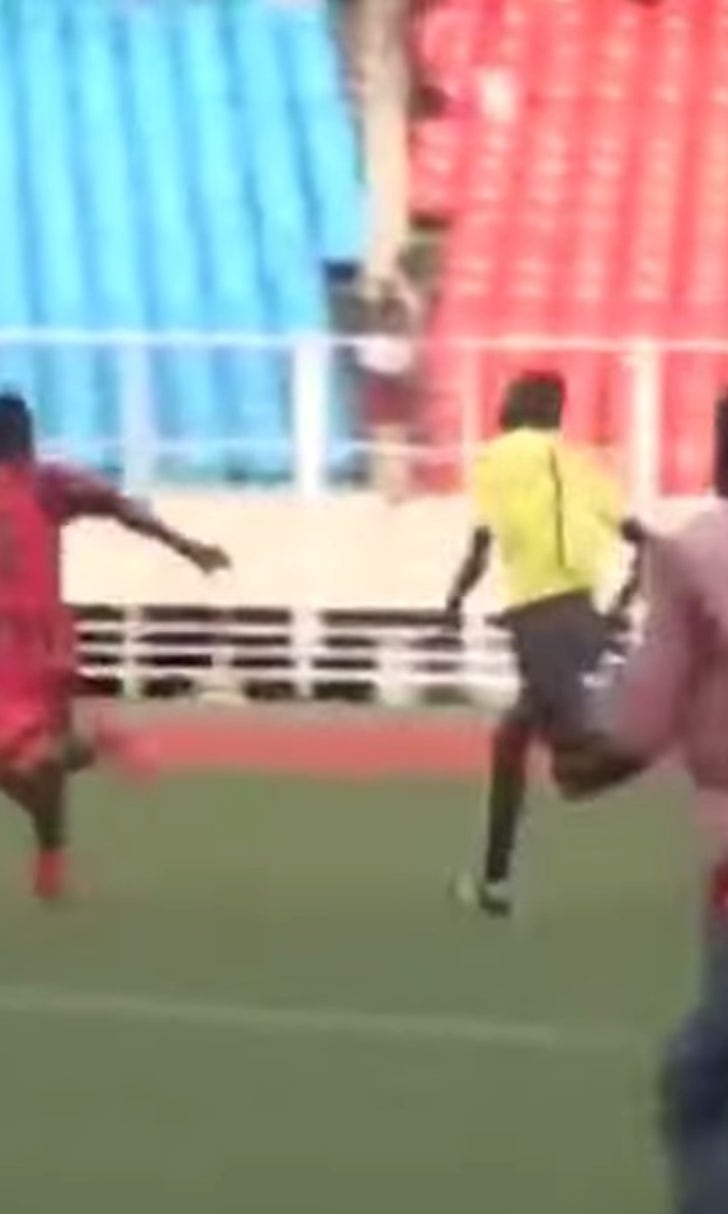 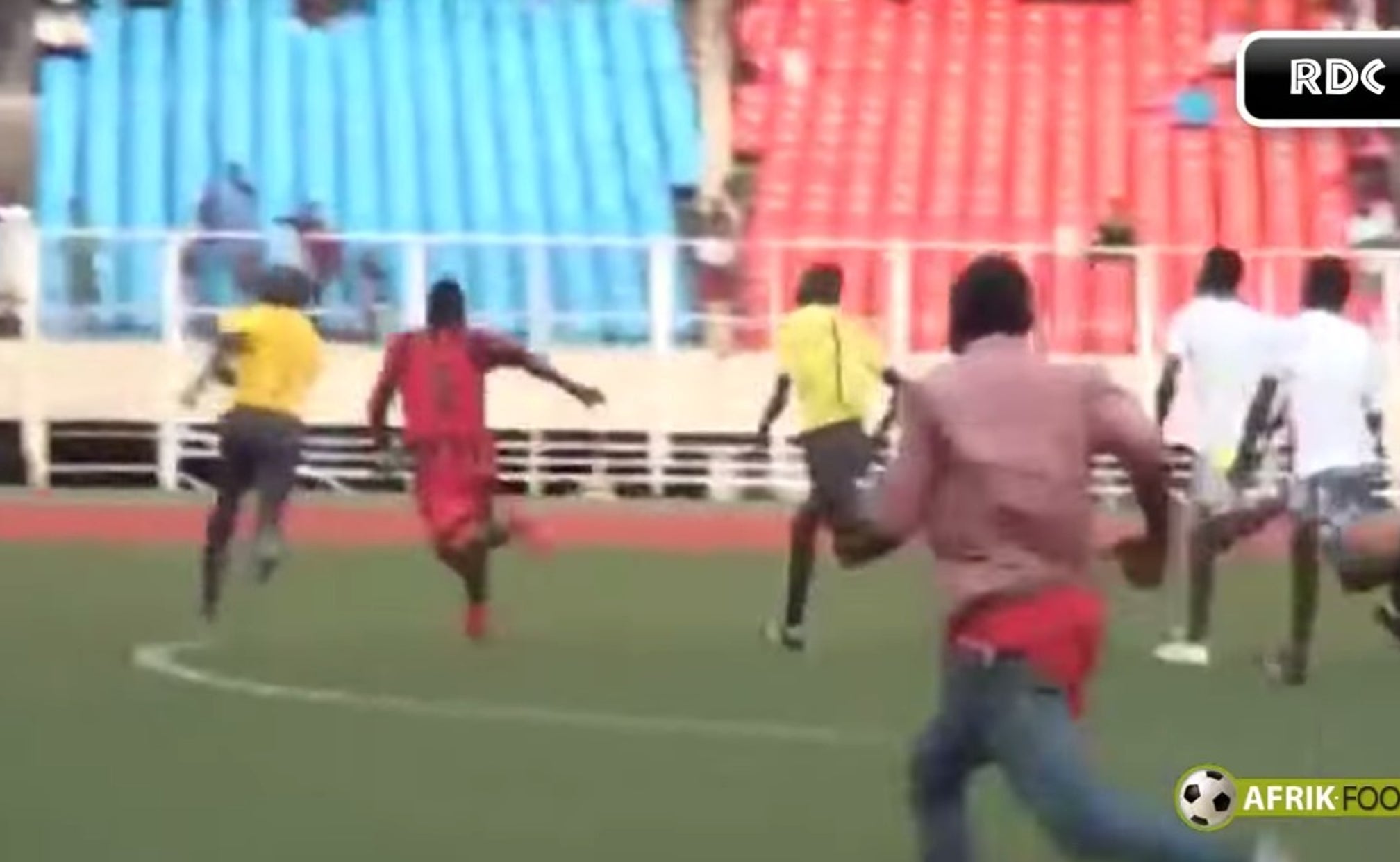 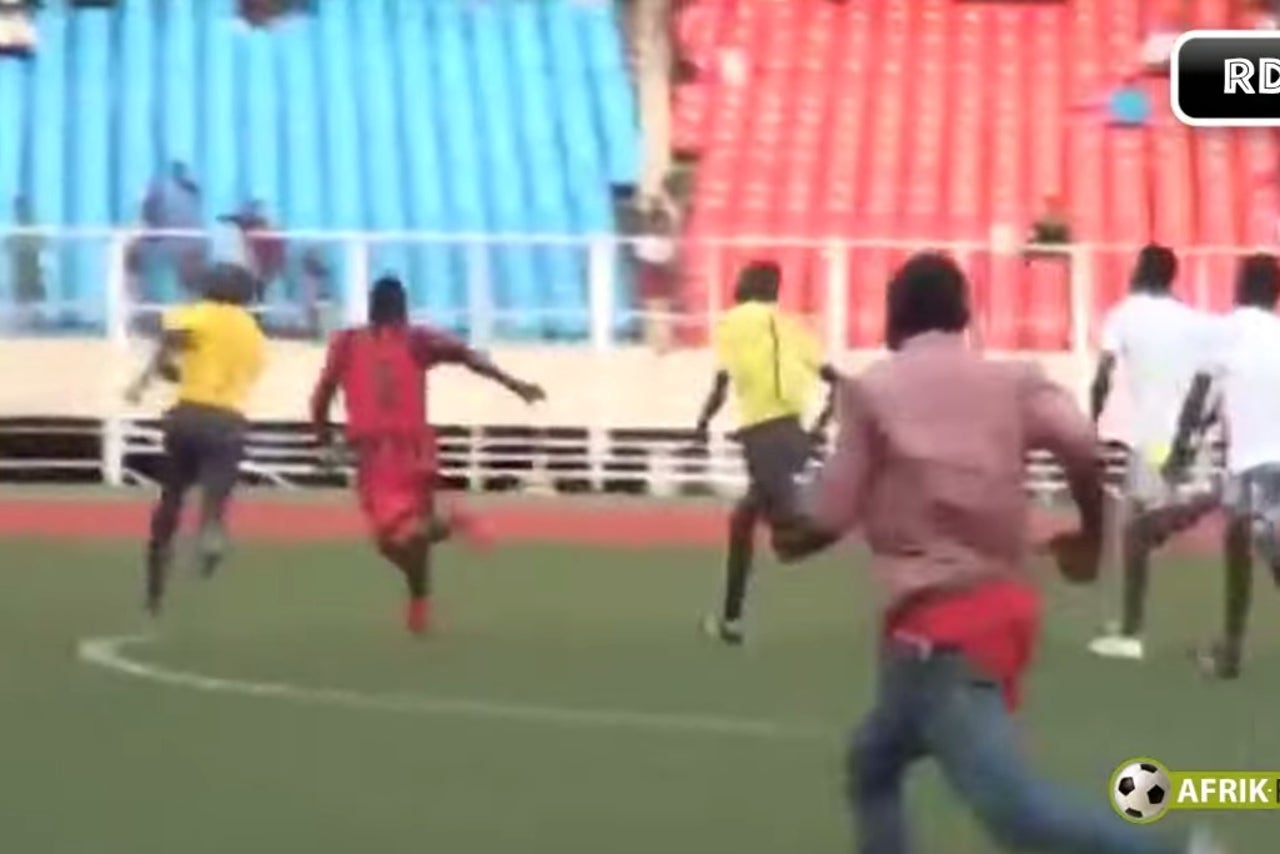 A playoff match in the Democratic Republic of Congo descended into utter chaos at the weekend after a referee was brutally attacked by a pack of pitch invaders.

Daring Club Motema Pembe (DCMP) and Dauphin Noir, both of the Super Ligue -- Congo's top tier -- engaged in a scoreless draw before emotions boiled over upon the full-time whistle, and supporters invaded the pitch and charged toward the assistant referee. What ensued was a violent melee, one not for the faint of heart.

One man is pictured slide-tackling the official to the ground while a large crowd swarms around him and carries out the attack.

Riot police despairingly attempted to protect the referee, who emerged with a severely swollen and bleeding face, and was stretchered off.

Disgraceful scenes all around.