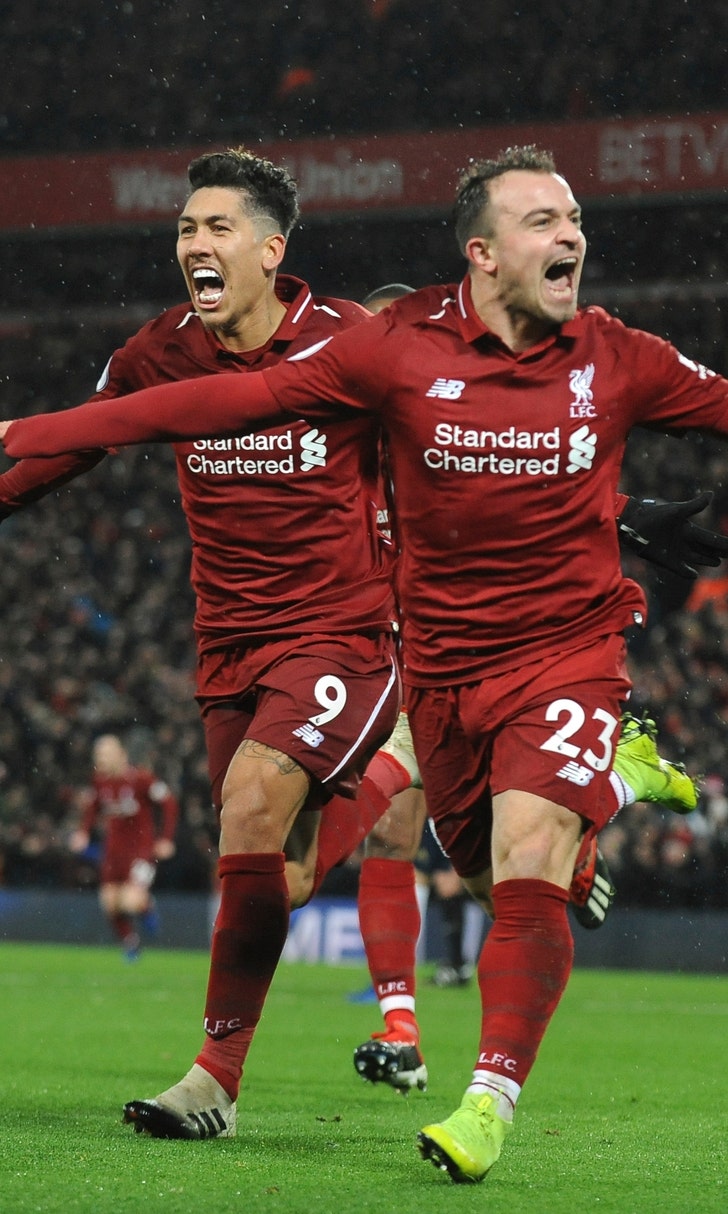 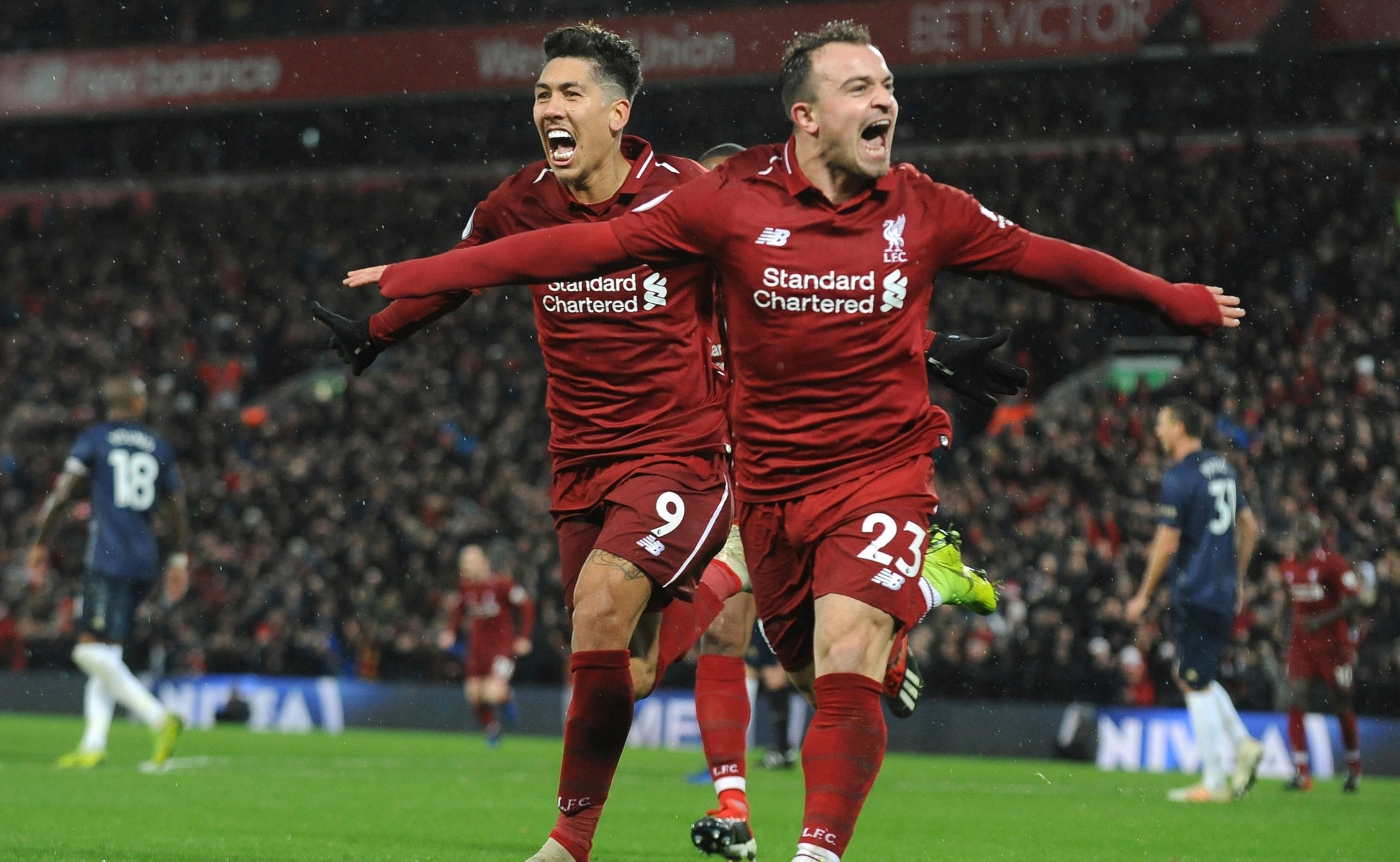 Days after keeping Liverpool in the Champions League with a stunning late save against Napoli, Brazil goalkeeper Alisson Becker made a dreadful mistake that gifted United an equalizer through Jesse Lingard in the 33rd minute at Anfield.

But Shaqiri spared Alisson from some of his embarrassment by putting Liverpool back in front in the 73rd — within three minutes of coming on as a substitute — with a low strike that deflected off United defender Ashley Young and went in off the crossbar.

Shaqiri's second goal clinched Liverpool victory in what is traditionally the biggest game in English soccer and again it came via a ricochet, this time off Eric Bailly, to deceive United goalkeeper David De Gea in the 80th.

It was indicative of the approach of the two managers that United's Jose Mourinho sent on defensive midfielder Marouane Fellaini at halftime with the score at 1-1, while Liverpool's Juergen Klopp turned to Shaqiri when that score had not changed midway through the second half.

"He is a wonderful player," Klopp said of Shaqiri, who joined from Stoke in the offseason to supplement Liverpool's options up front. "His left foot is made for decisive things."

Sadio Mane had given Liverpool the lead in the 24th minute amid the team's breathless start to the game that overwhelmed United and its patched-up defense.

United has been beaten 3-1 by both of its biggest rivals in recent weeks — it also lost by that score at Manchester City last month — and was outplayed on both occasions.

"It's hard for everyone who likes Manchester United," United midfielder Nemanja Matic said. "For the players, it's most difficult. We have to turn the situation around and play better. When you don't have results, it's hard to believe."

Mourinho said Liverpool "is a better team than us."

"There was a difference of intensity and physicality, pressing and transitions," Mourinho said. "They were fast and aggressive, we had difficulties to cope."

Liverpool reclaimed its one-point lead over second-placed City, which beat Everton 3-1 on Saturday.

The hosts could easily have been three or four goals ahead by halftime, which they finished having managed 15 shots but scoring only once. Liverpool ended the game having had 36 shots.

Roberto Firmino was at the center of Liverpool's maelstrom, hustling and harrying opposition players while delivering cutting interventions going forward. The Brazil international started and finished a move in the second minute that saw Victor Lindelof scrambling to deflect a shot behind.

United thought it had stunned Anfield into silence when Young's inswinging freekick from the left went straight in at the far post but Romelu Lukaku was offside when he tried to play the ball on its way through and he was rightly flagged.

Two more chances fell to Firmino as the red tide continued to crash against a dark blue wall. Young cleared Dejan Lovren's effort off the line and Firmino shot over — the ninth attempt inside 20 minutes — before the breakthrough was made.

No one closed down midfielder Fabinho, who was excellent both defensively and going forward in central midfield, and his measured pass forward was chested down by Mane, who volleyed it between De Gea's legs.

Lovren should have made it 2-0 but fired over from six yards, before Alisson gifted the visitors an equalizer when he spilled Lukaku's cross into the path of Lingard, who gratefully accepted six yards out.

Mourinho had seen enough and sent on Fellaini in central midfield for wing back Diogo Dalot at halftime as he reverted to a back four. It did little to change the momentum as Firmino's toe-poke was parried by De Gea with the goalkeeper and Young blocking Naby Keita's follow-up, while Lovren had a header deflected wide.

Less than three minutes after coming on, Shaqiri struck as his shot hit the outstretched heel of Young and deflected in off the crossbar. He was not finished there, seizing on Firmino backheel's that was meant for Salah to fire past De Gea, this time with the aid of a deflection off Bailly.