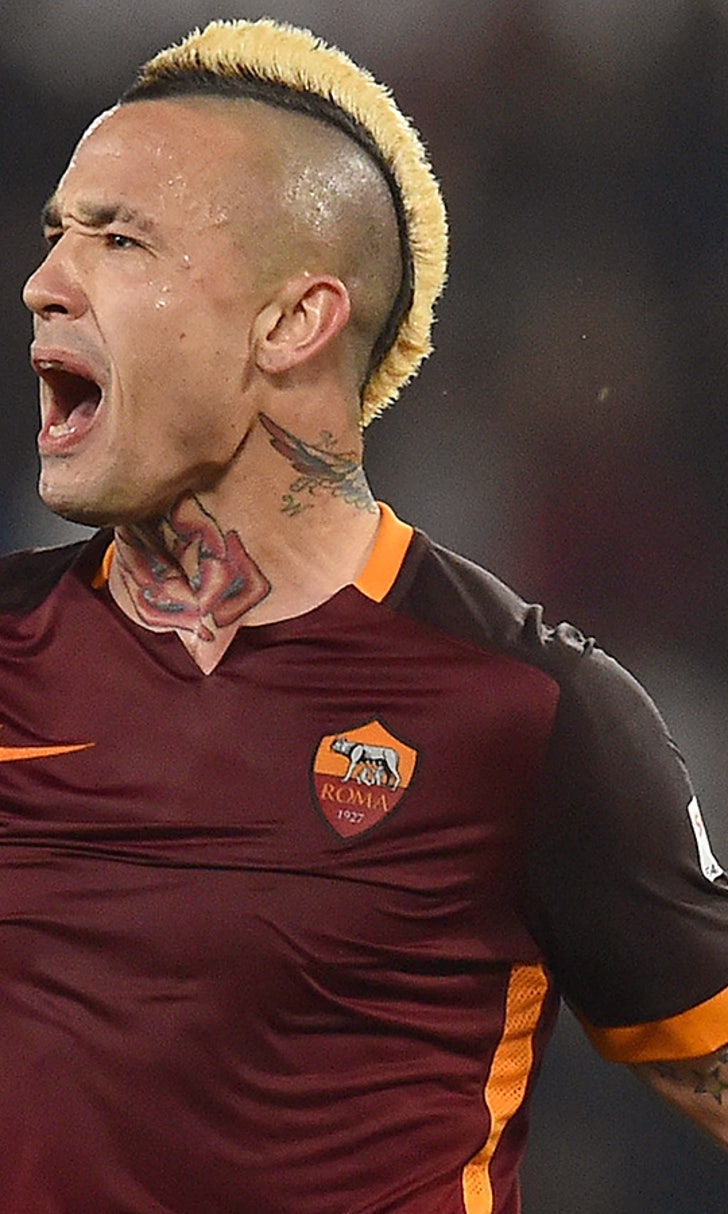 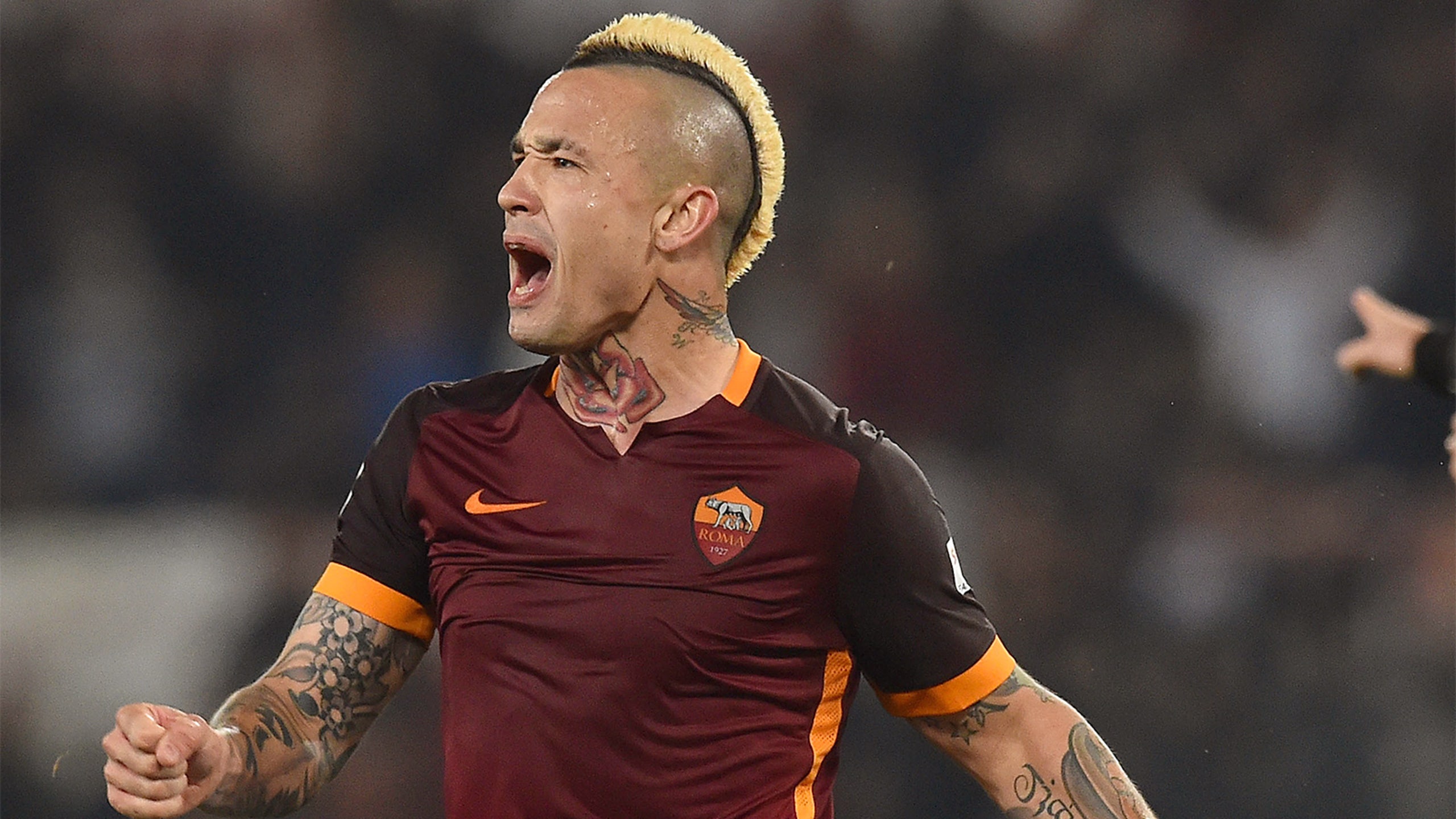 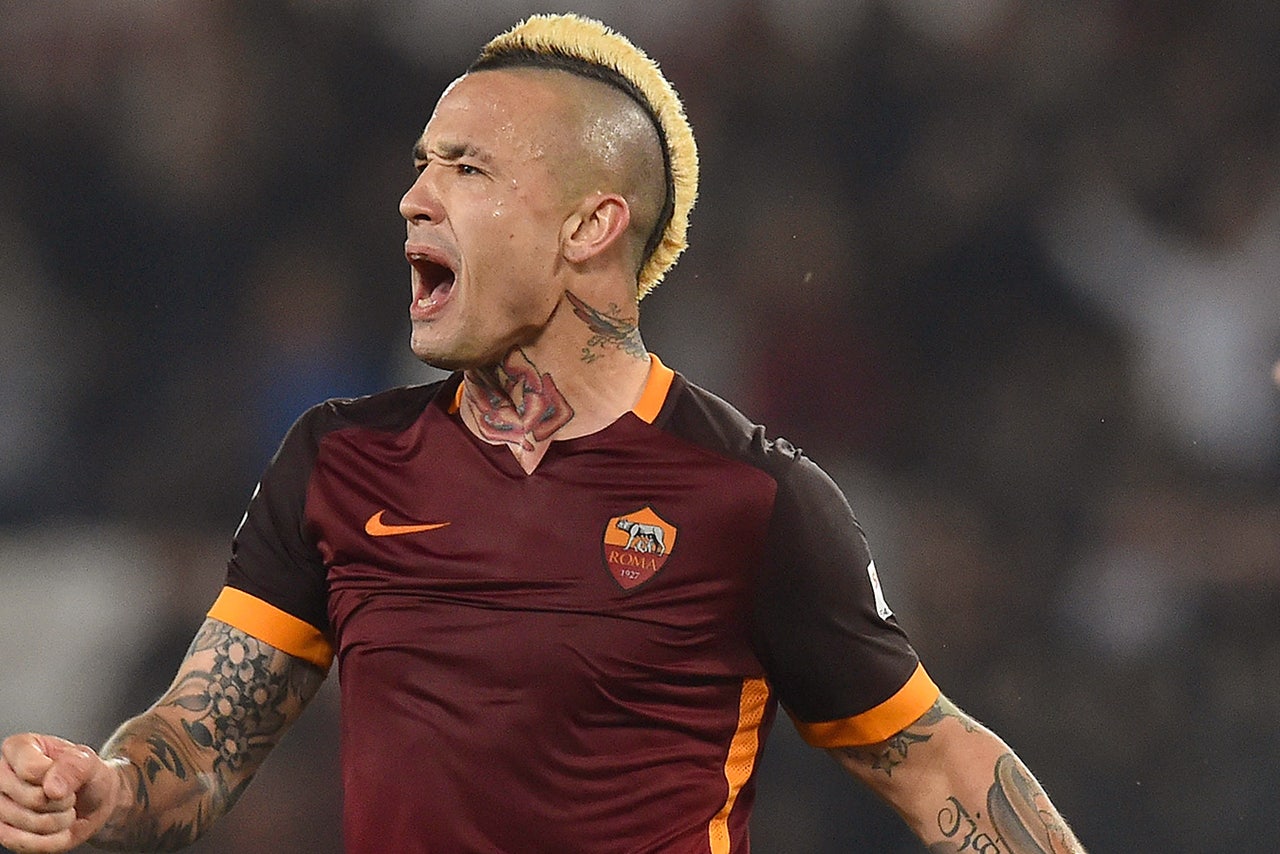 ROME -- Roma kept its grip on the third Champions League qualifying place in Serie A by drawing with Inter Milan 1-1 on Saturday.

Inter badly needed to win but stays five points behind Roma with eight rounds left. The visitors took a second-half lead through Ivan Perisic's left-footed shot then sat back as Roma pressed for a leveler.

It finally came in the 84th minute when midfielder Radja Nainggolan seized on a miscued shot by Edin Dzeko to score with a sweeping shot.

Inter rises to fourth, but fifth-place Fiorentina can close on Roma when it plays at lowly Frosinone on Sunday.