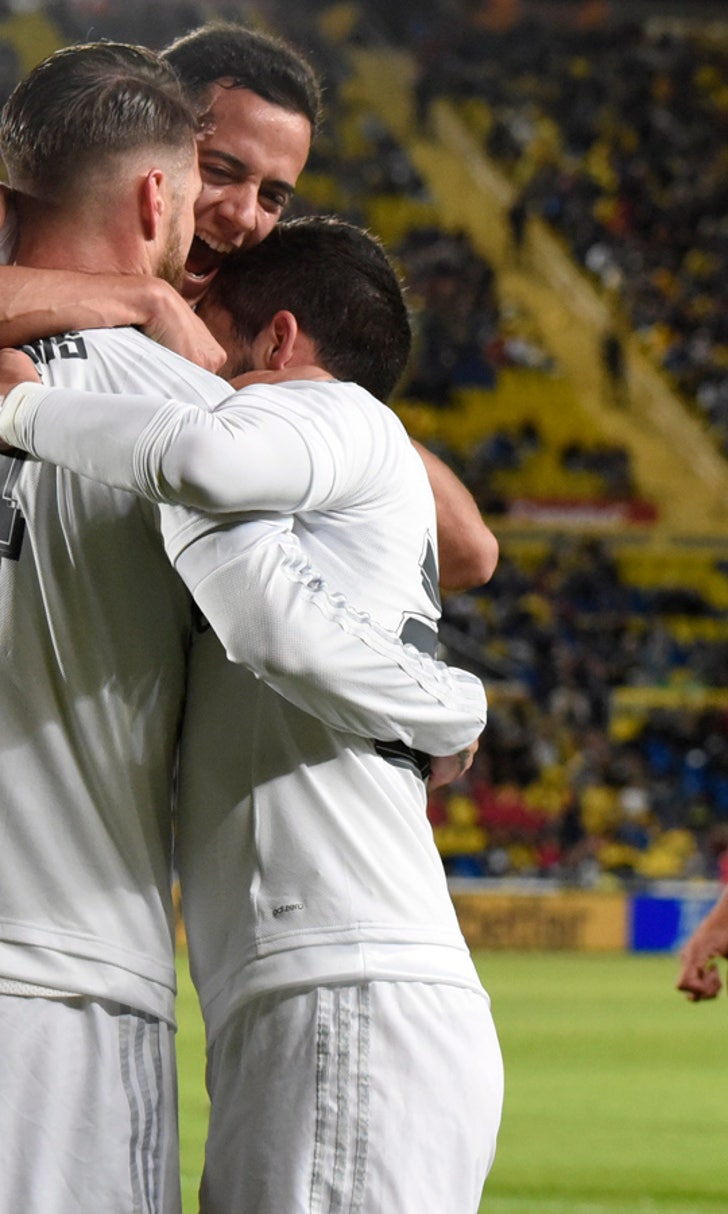 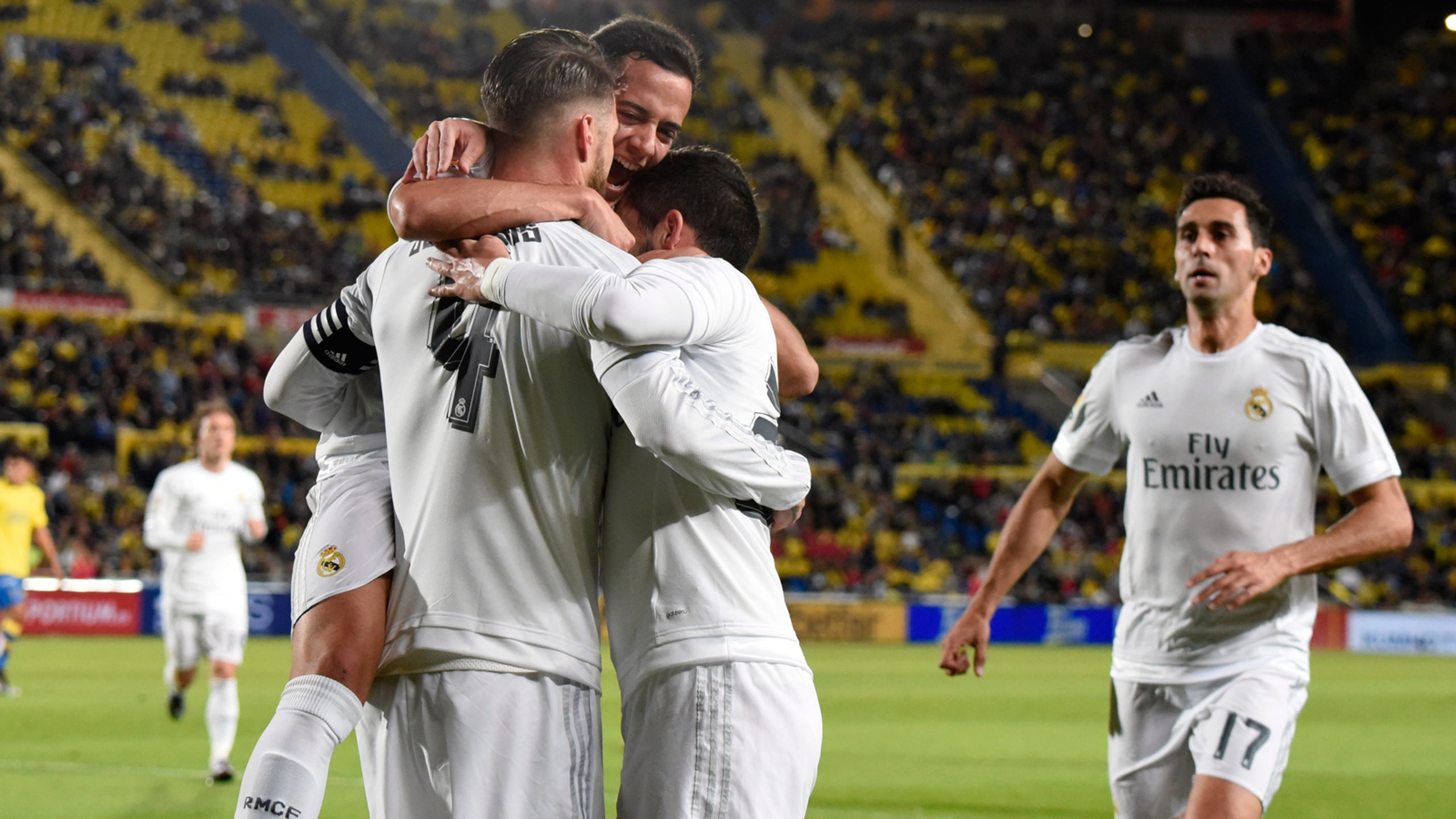 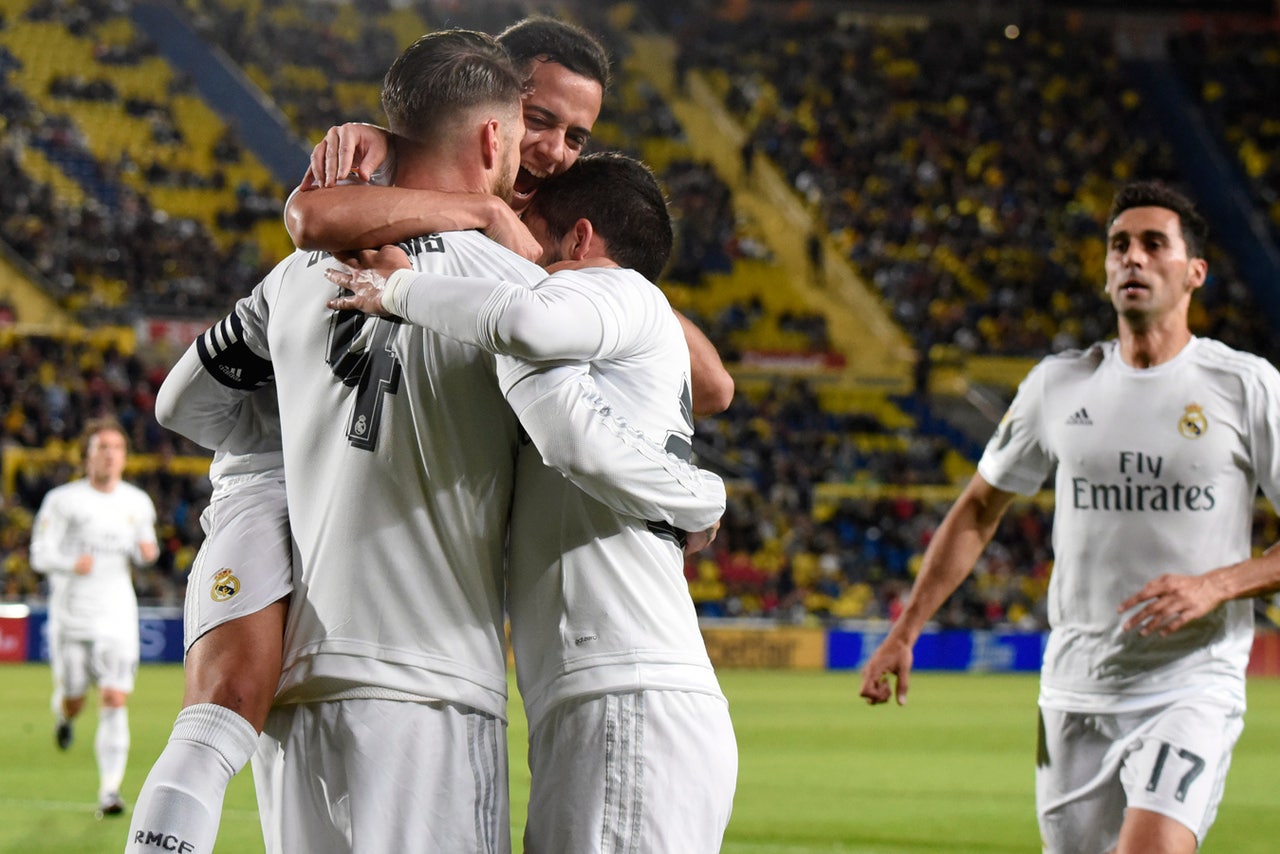 Casemiro scored in the 89th-minute to earn Real Madrid a 2-1 win at Las Palmas in the Spanish league on Sunday, keeping his team on course for an automatic spot in next season's Champions League.

Las Palmas played better most of the match and goalkeeper Keylor Navas had to make several key saves to keep Madrid in the game.

It was Madrid's third league win in a row, leaving it 10 points in front of fourth-place Villarreal, which lost to Sevilla earlier Sunday.

Ukraine midfielder Yevhen Konoplyanka scored the decisive goal with a long-range shot as Sevilla beat Villarreal 4-2 in the Spanish league on Sunday, a key victory in the team's fight for a Champions League spot.

The top three teams automatically qualify for the Champions League next season, while the fourth-place club has to play an extra qualifying round.

"We showed that we have character and that we will fight until the end for the fourth spot," Sevilla defender Adil Rami said. "This club and these fans deserve to be in the Champions (League)."

Barcelona routed Getafe 6-0 at the Camp Nou on Saturday to keep an eight-point lead over Atletico Madrid, which kept pace by defeating Deportivo La Coruna 3-0 at the Vicente Calderon Stadium a few hours later.

Sevilla opened the scoring at the Ramon Sanchez-Pizjuan Stadium with a goal by Vicente Iborra in the 23rd minute. French striker Cedric Bakambu put Villarreal ahead with goals in the 29th and 37th, but the hosts equalized with an own goal by defender Victor Ruiz in the 51st.

Konoplyanka netted with a powerful right-footed shot from about 30 meters (30 yards) in the 65th minute, finding the top left corner.

Sevilla played with 10 men from the 79th after midfielder Ever Banega was sent off for a foul that earned him a second yellow card.

Sevilla has won every match at home since a 2-1 loss to Celta Vigo in the league's third round. Barcelona and Real Madrid are among the teams it defeated at the Sanchez-Pizjuan.

It was the second straight loss for Villarreal, which has only one victory in its last five league games.

Villarreal and Sevilla are in the round of 16 of the Europa League. Sevilla will play the Copa del Rey final against Barcelona on May 22.

Also Sunday, striker Giuseppe Rossi scored a 65th-minute winner to give last-place Levante a 1-0 win over Valencia in the city derby.

Gary Neville's team has lost three of its last four league games and dropped to 12th in the standings.

Sixth-place Athletic Bilbao defeated Real Betis 3-1 at home to win its fourth league game in a row and remain one point behind Sevilla.