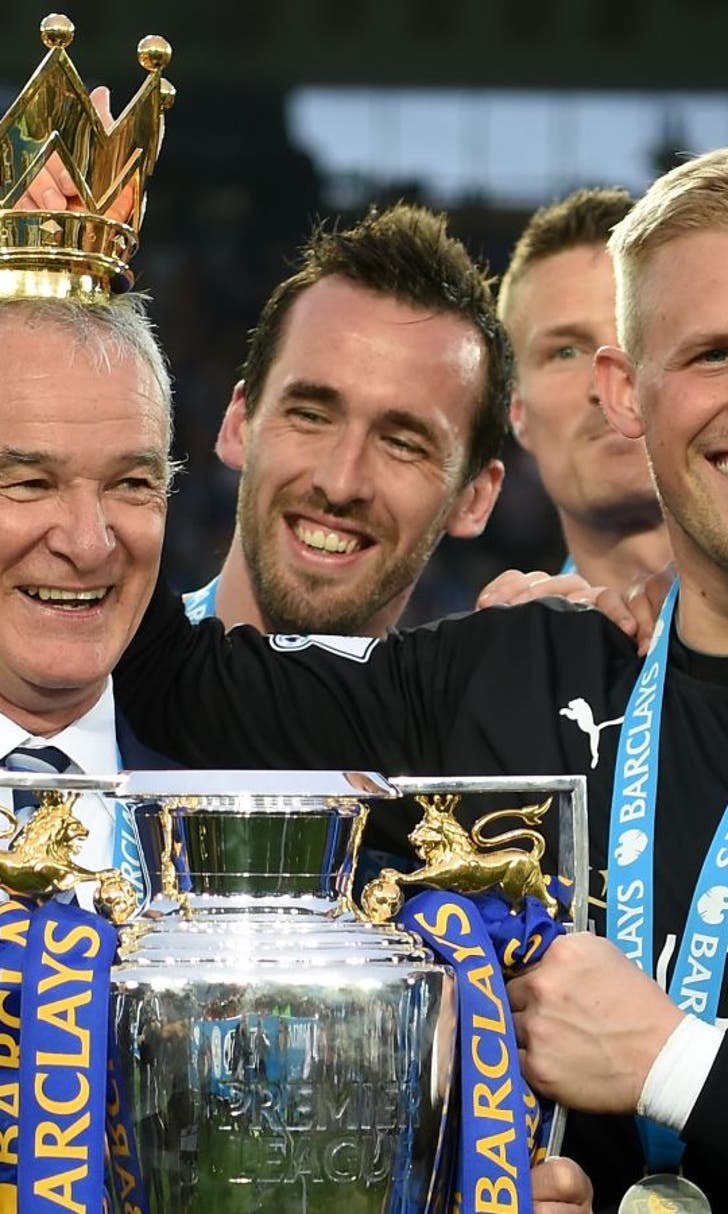 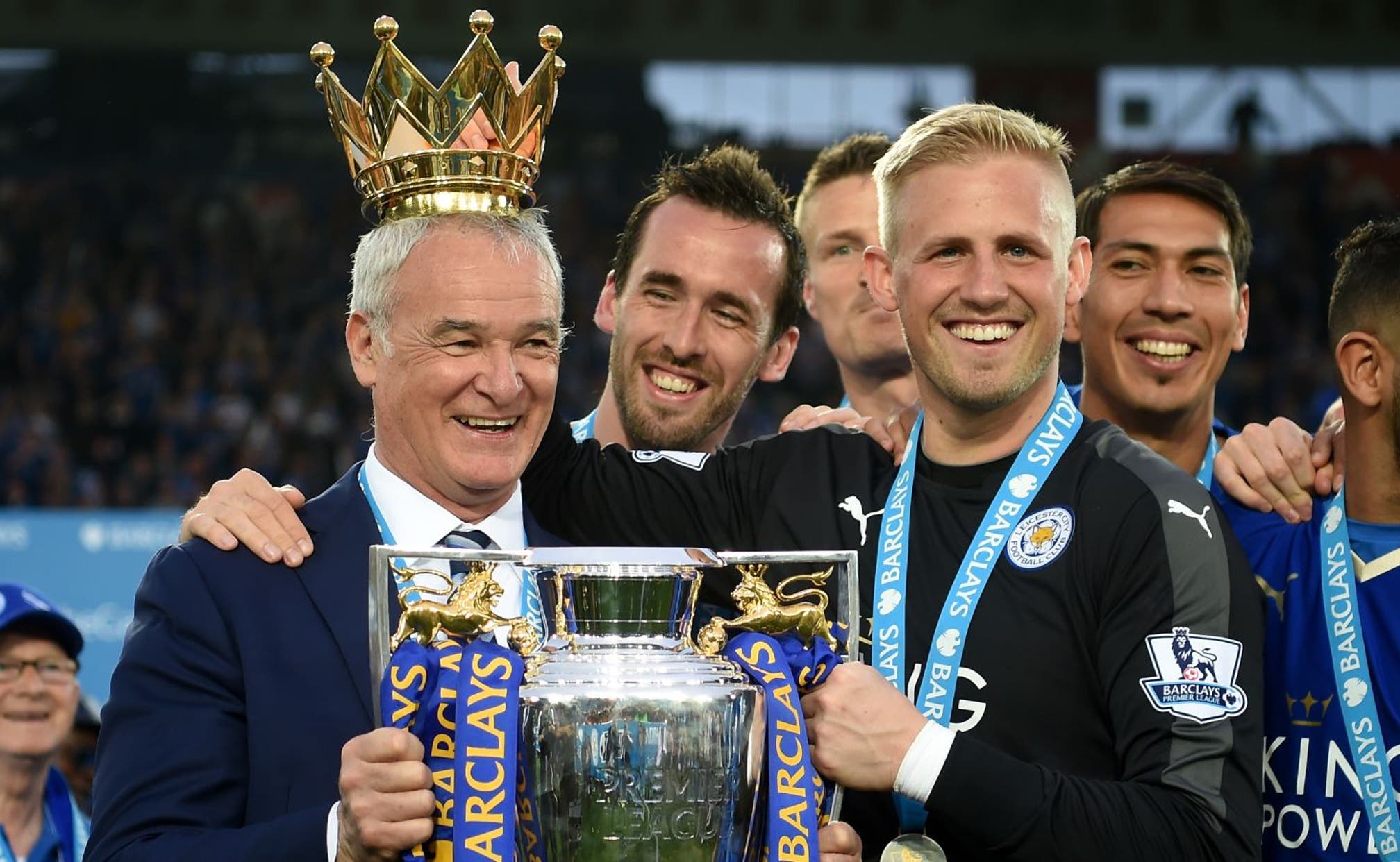 Ranieri warns Leicester stars they could leave and regret it 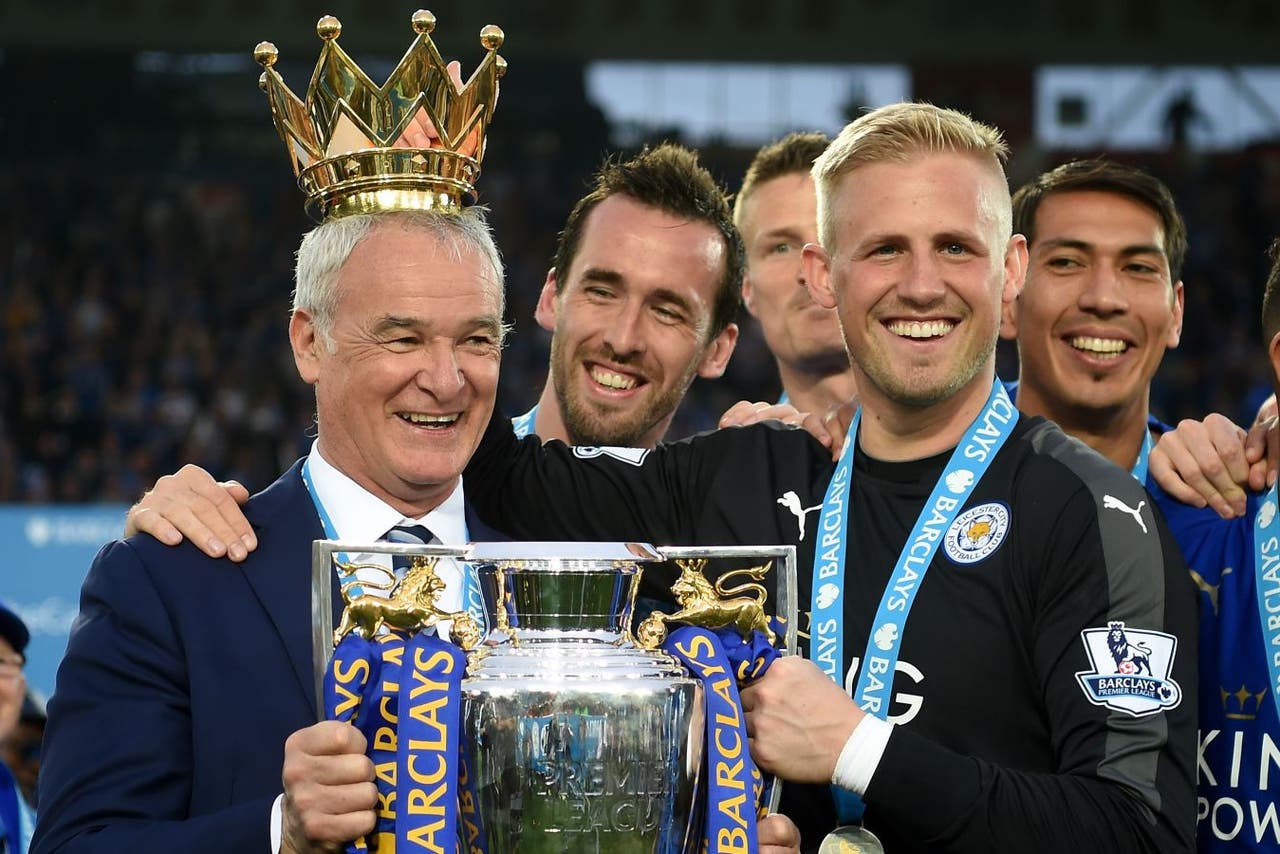 Claudio Ranieri has urged Leicester's stars to stay for another season and warned it could harm their careers if they leave the Premier League champions now.

The city of Leicester has partied ever since, yet there were no signs of a hangover on Saturday, with Everton picked off 3-1 before the Barclays Premier League trophy was presented.

A packed-out King Power Stadium celebrated the greatest day in the club's 132-year history, and Ranieri loved every second of it, from world-famous tenor Andrea Bocelli singing next to him before the match to being doused in champagne in the press conference after it.

The Italian will keep his winner's medal at home to look at on a rainy day and say to himself "Heh, come on man, balance" - something that may be needed at times next term.

Bookmakers have the champions as seventh favorites for the 2016-17 title and, while accepting it will be a different proposition, Ranieri hopes to still be able to call upon the likes of Riyad Mahrez, N'Golo Kante and Jamie Vardy.

"I want to enjoy but I feel it is possible maybe to keep all the players," Ranieri said.

"If they go away, it is not good for them. It is much better if they improve another year here and then go wherever they want.

"But I have said so many times if one player comes to me and says 'Gaffer, I want to go', then I leave him to go because it is okay."

Ranieri speaks about his players like a proud father and has clearly cultivated a special atmosphere at the King Power Stadium.

The City boss wants to keep the same attitude, spirit and concentration next term - attributes that will be vital when they play Champions League football for the first time.

Early exits from the Capital One Cup and FA Cup helped pave their way to Premier League glory, so balancing European and domestic exertions will be a tough new challenge for Leicester.

"They run all the year and then I hope we can find good players and make some replacements because next season there will be three cups and the Premier League.

"It will be very important to be able to make good changes and give some rest to the players.

"I believe when there will be the draw for the (Champions League) group, other teams will want to play against us because we are in Europe for the first time and they think we are underdogs.

"We are underdogs but we are dangerous. Underdogs can be dangerous teams."