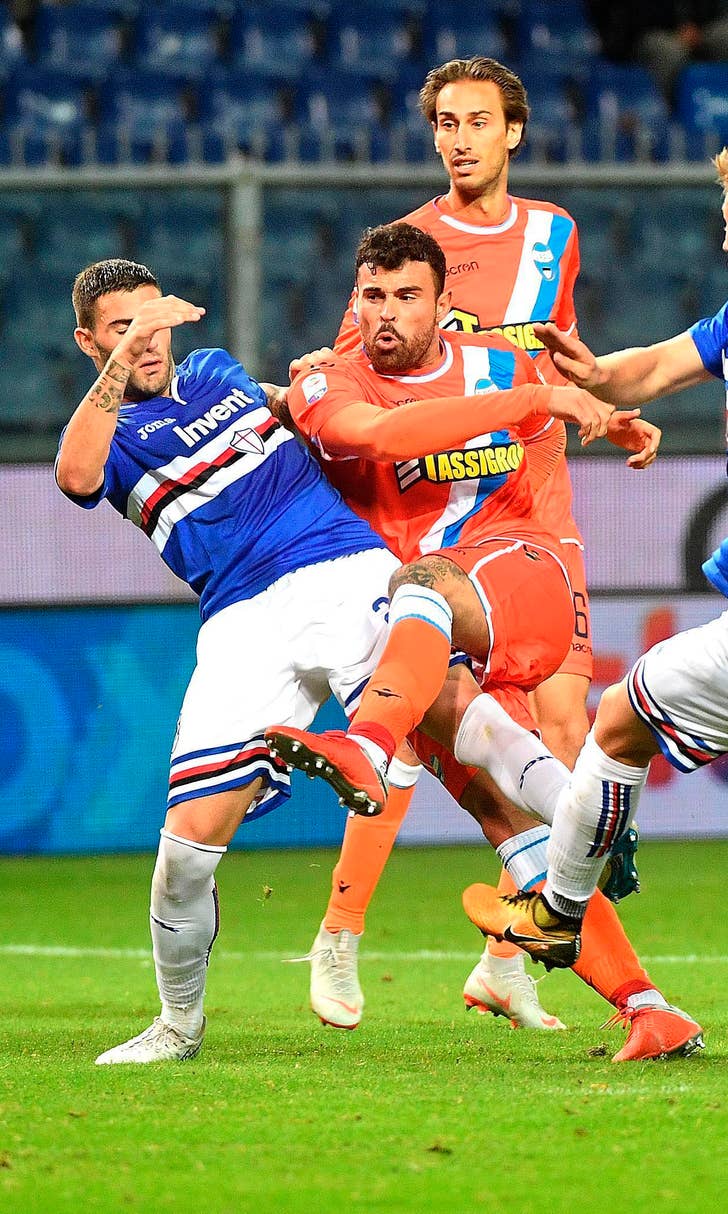 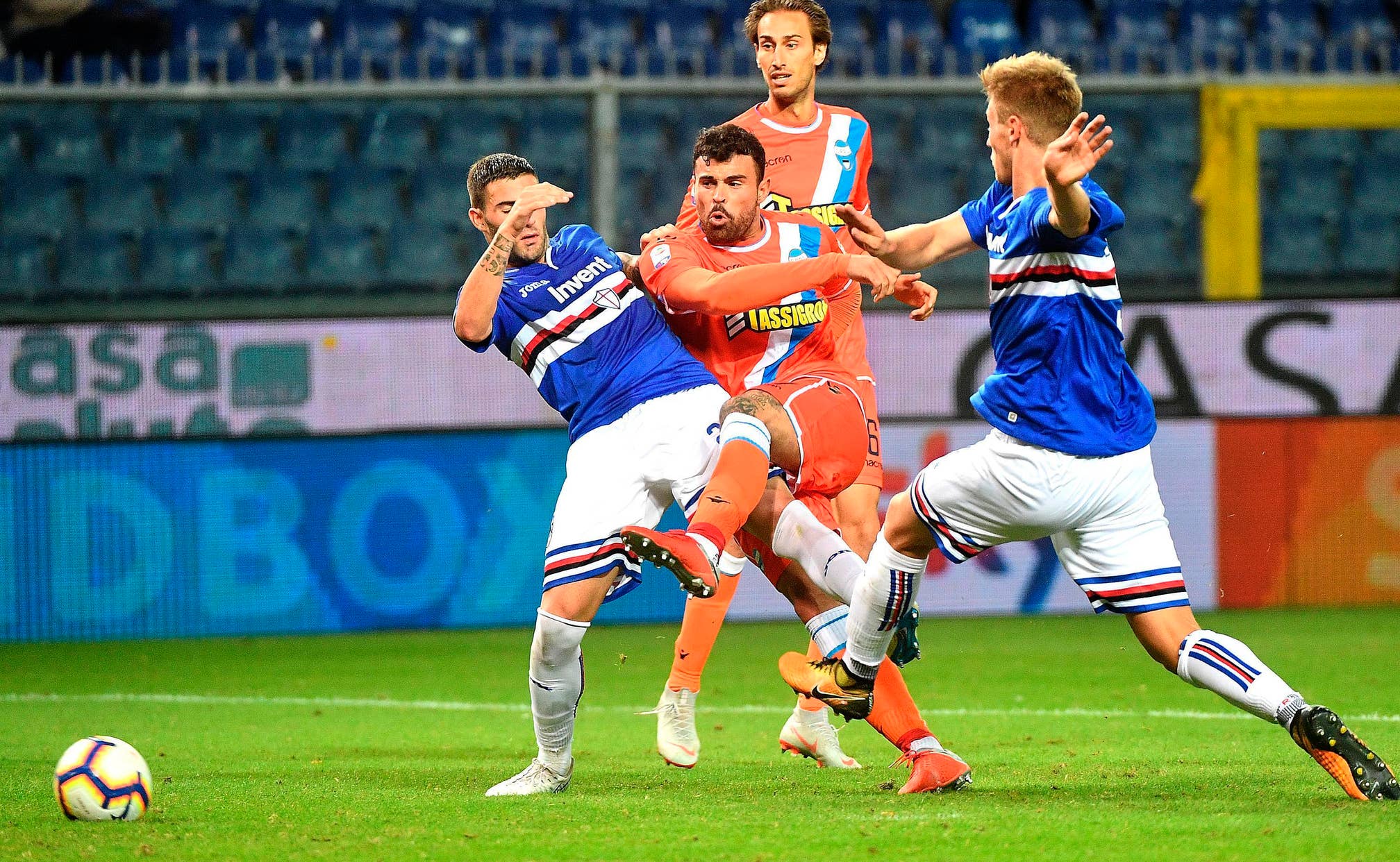 Quagliarella sets up both as Sampdoria beats Spal 2-1

GENOA, Italy (AP) — Fabio Quagliarella contributed two assists in one match for the first time in 409 Serie A appearances to help Sampdoria come from behind to beat Spal 2-1 on Monday.

Quagliarella, who won three league titles at Juventus, also had an early goal disallowed for offside.

The 35-year-old Quagliarella, who scored 19 goals last season, has netted twice in this campaign and provided six assists. That has many talking about a recall to the Italy team for Quagliarella, who last played for his country in 2010.

"It wouldn't surprise me because he's a great player, an assist man," Sampdoria coach Marco Giampaolo said. "It would be an extraordinary present for him."

Neither Sampdoria nor Spal had scored in the previous two rounds.

Sampdoria goalkeeper Emil Audero gifted Spal the opener in the 21st minute when he could only parry Manuel Lazzari's effort and Alberto Paloschi tapped the rebound into an empty net.

Quagliarella also had a hand in the winner, on the hour mark. His effort was parried back to him by Spal goalkeeper Alfred Gomis and he knocked it back in for Defrel to drive home.

Sampdoria moved into eighth spot, two points above Spal, which fell to a third successive defeat.