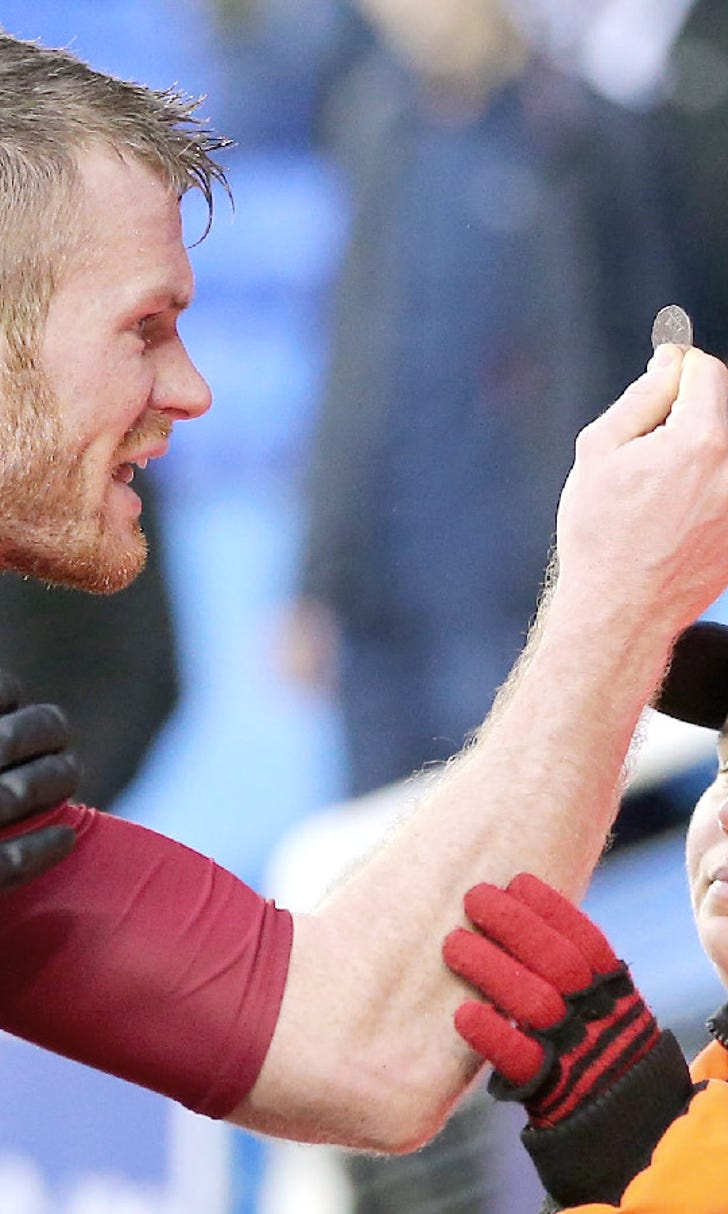 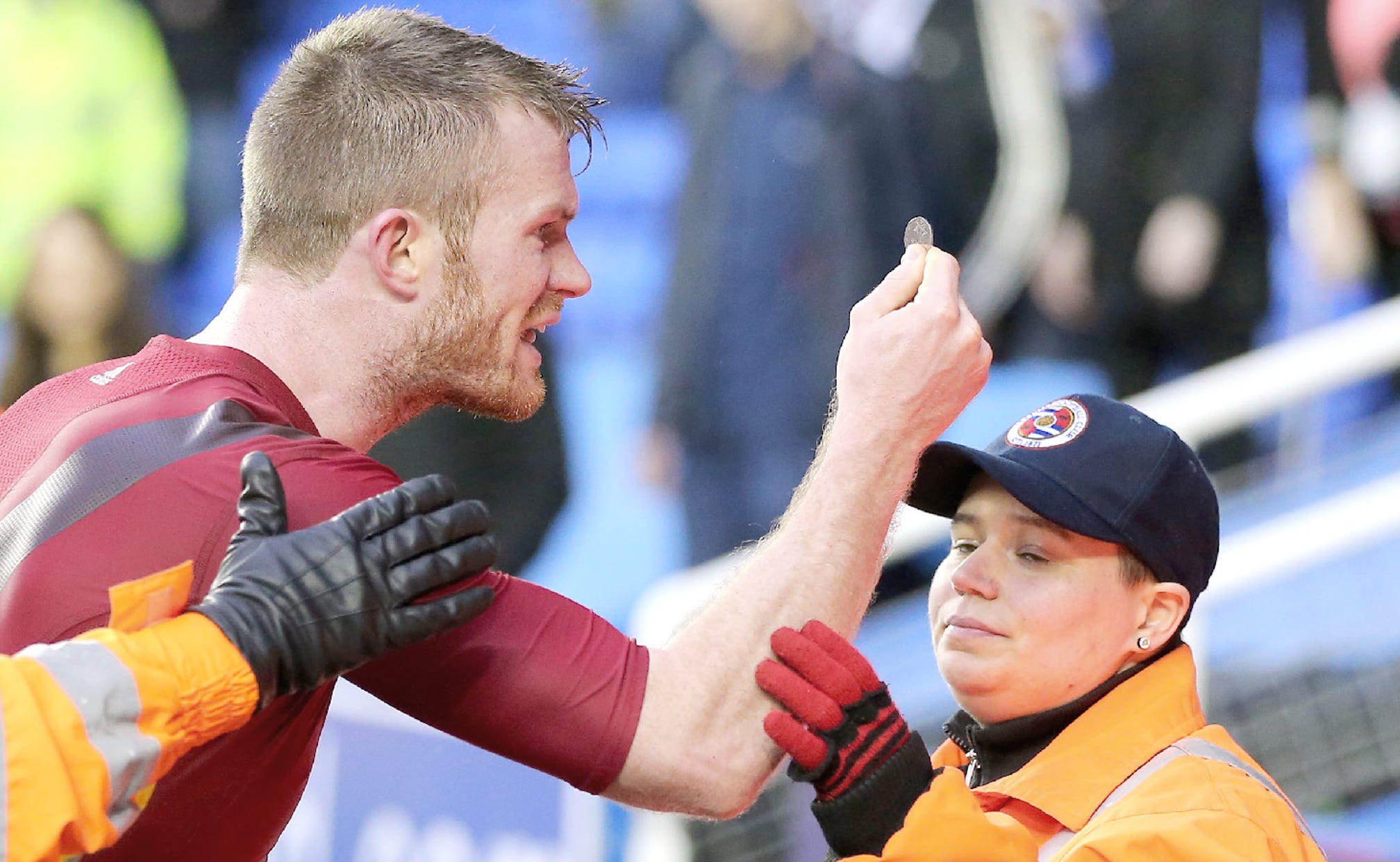 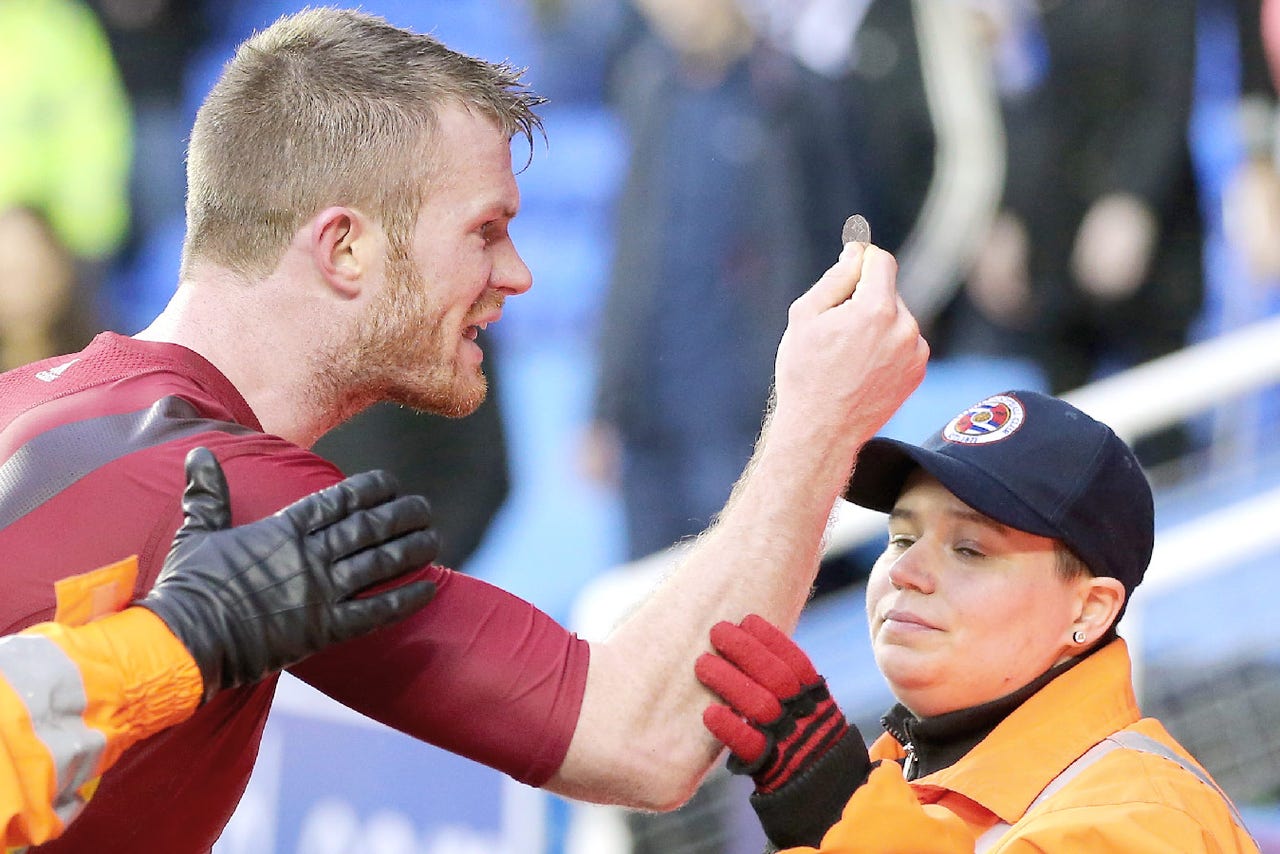 Police have made an arrest as they investigate the incident that saw West Brom's Chris Brunt hit by a coin.

The midfielder appeared to be struck as he approached his own club's fans following Albion's 3-1 FA Cup defeat at Reading on Saturday.

Thames Valley Police wrote on Twitter: "TVP and Hants Police made an arrest today in relation to a coin throwing incident at @ReadingFC vs @WBAFCofficial FA match on Saturday."

On Saturday police confirmed they were treating the alleged incident as assault while the Football Association is also investigating the matter.

Northern Ireland international Brunt had walked to the away end to hand his shirt to a supporter but went down clutching his face after being struck by an object.

TVP and Hants Police made an arrest today in relation to a coin throwing incident at @ReadingFC vs @WBAFCofficial FA match on Saturday.

He was led away by West Brom captain Darren Fletcher, appearing to have suffered an injury just below his left eye, after remonstrating with fans.

Brunt said on Saturday: "I've been here a long time and I've loved my time here and that's the first time I've been ashamed of our supporters."

Defeat left the Baggies with just two wins from their last 11 games and they are 14th in the Barclays Premier League ahead of Saturday's visit of Crystal Palace.

The club will not comment during the investigation but Press Association Sport understands they are prepared to issue a lifetime ban to anyone found guilty.

FA Cup
share story
those were the latest stories
Want to see more?
View All Stories
Fox Sports™ and © 2020 Fox Media LLC and Fox Sports Interactive Media, LLC. All rights reserved. Use of this website (including any and all parts and components) constitutes your acceptance of these Terms of Use and Updated Privacy Policy. Advertising Choices. Do Not Sell my Personal Info