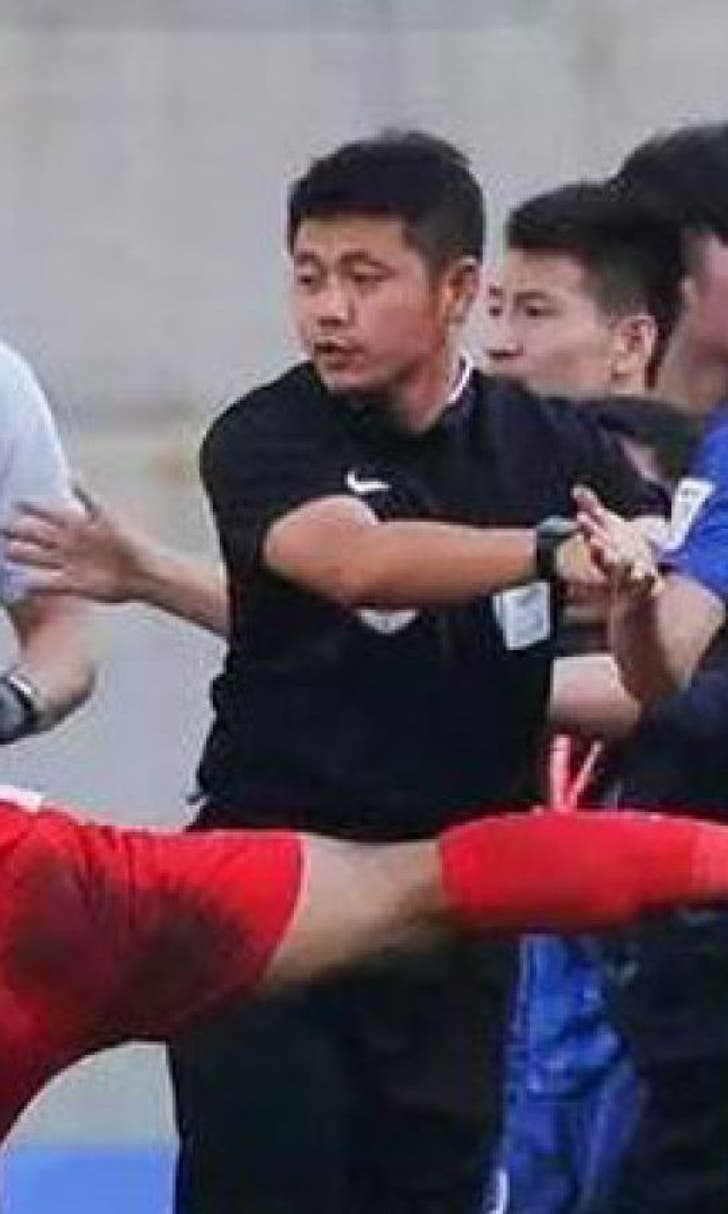 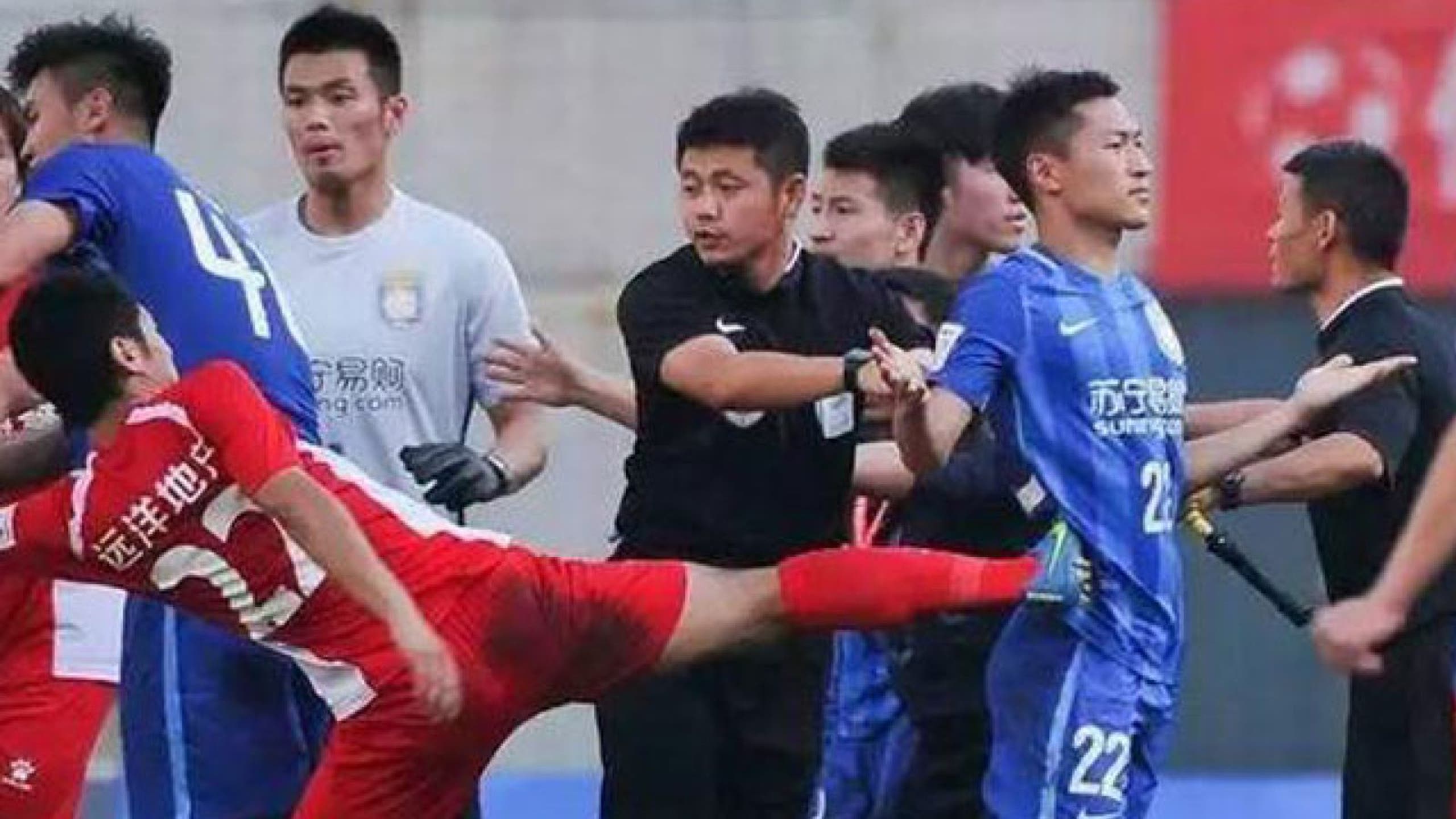 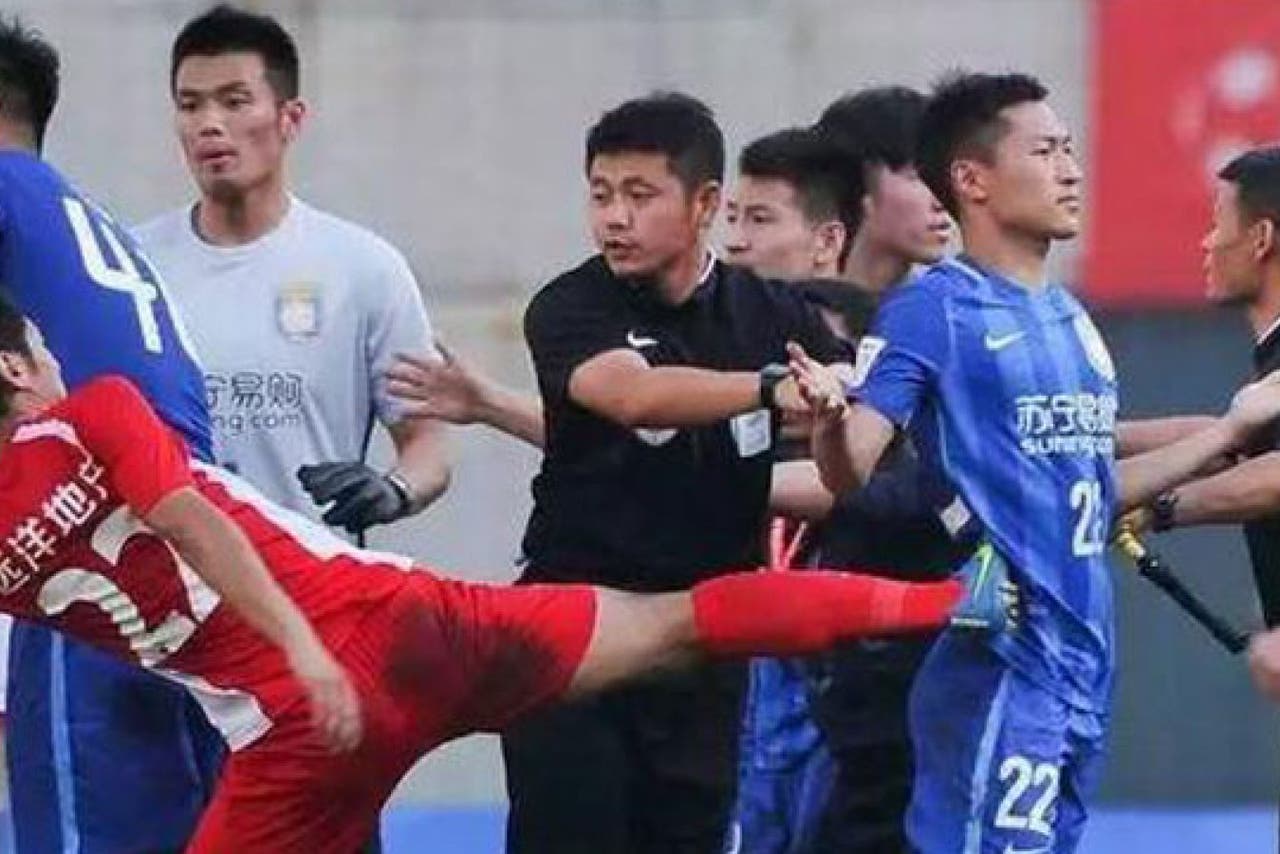 Chinese Super League side Jiangsu Suning were attacked by players and staff from Wuhan Hongxing during a Chinese Cup match on Wednesday.

Jiangsu, who splashed the cash on Ramires and Alex Teixeira earlier this year, beat Wuhan 1-0 to progress in the competition.

However, after the final whistle things started to turn nasty.

Several Jiangsu players were punched and kicked before the confrontations turned into a mass brawl with some fans appearing to throw bottles at the players.

Jiangsu Suning's Australian defender Trent Sainsbury, who didn't play on the day, claimed on Twitter that even the club's cameraman was beaten up.

Hope the teammates and everyone is now safe and in good health. Ome game i was happy to miss out on. #letmeatthem #aliinhisprime

Pictures have emerged on social media of Sainsbury's teammates Xie Pengfei and Ge Wei as they revealed their scars from the attacks. 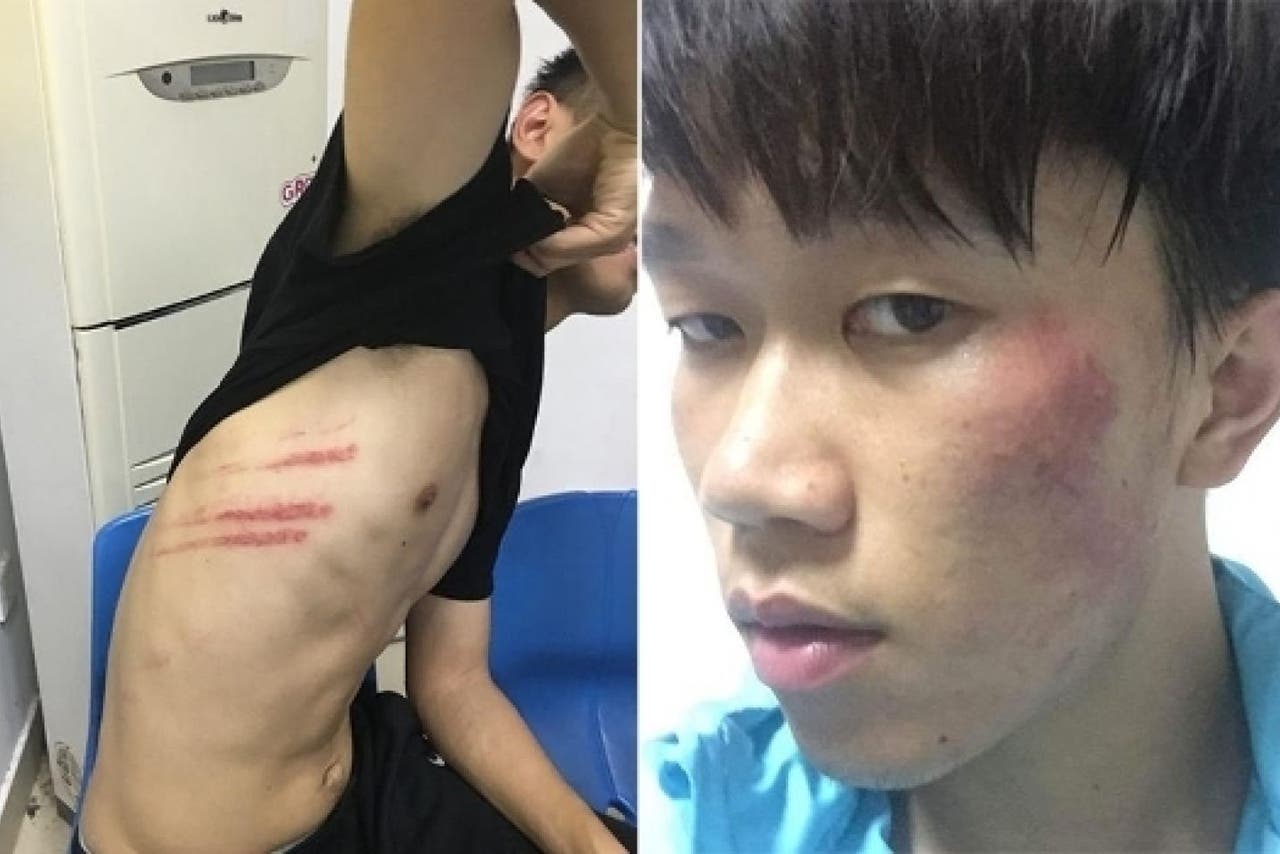 Take a look at the footage for yourself:

Trent Sainsbury
share story
those were the latest stories
Want to see more?
View All Stories
Fox Sports™ and © 2021 Fox Media LLC and Fox Sports Interactive Media, LLC. All rights reserved. Use of this website (including any and all parts and components) constitutes your acceptance of these Terms of Use and Updated Privacy Policy. Advertising Choices. Do Not Sell my Personal Info