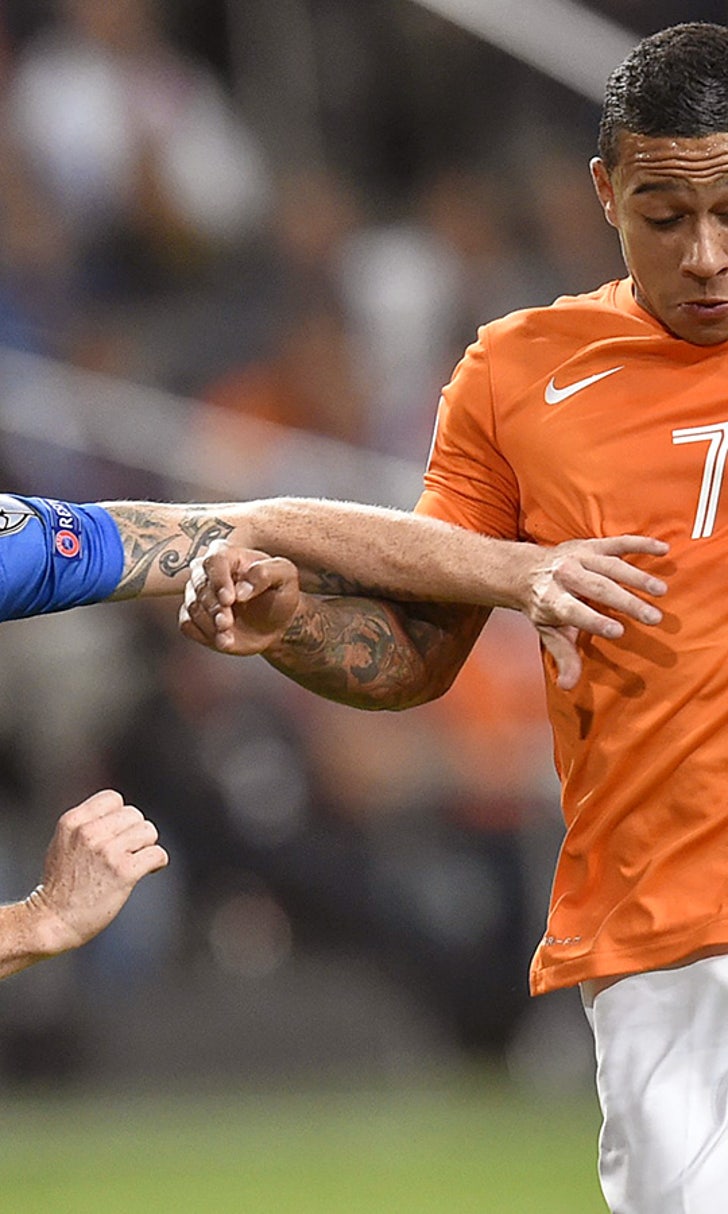 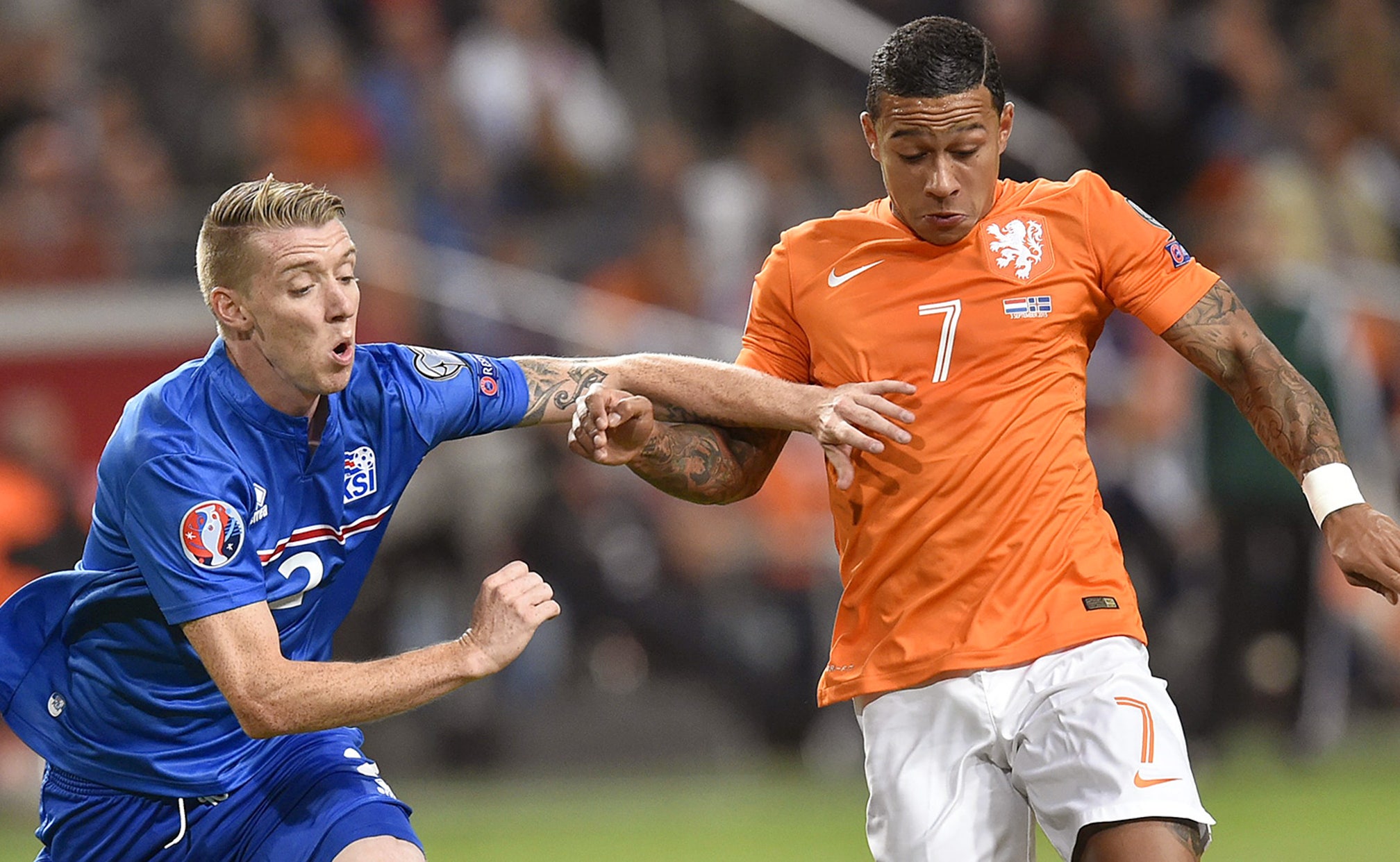 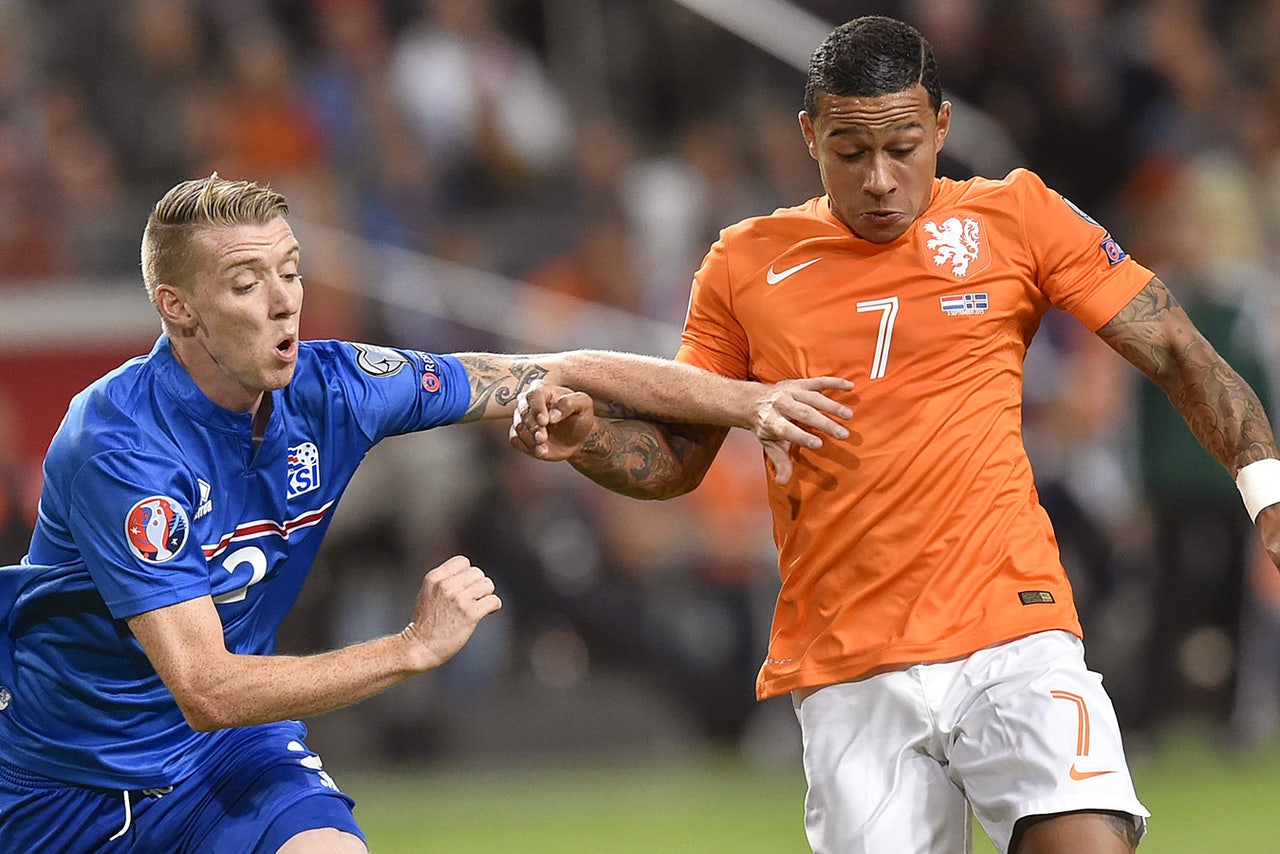 Danny Blind endured a difficult first game as the Netherlands coach, seeing Arjen Robben limp off and Bruno Martins Indi sent off as Iceland claimed a 1-0 victory at the Amsterdam ArenA to severely dent his side's automatic Euro 2016 qualification hopes.

Having been handed the Netherlands job following Guus Hiddink's resignation, Blind had to contend with the two key exits before Gylfi Sigurdsson's second-half penalty took Group A leaders Iceland a step closer to its maiden European Championships.

The Netherlands grew into the game, having withstood early Iceland pressure, but was hampered by the setback to Robben midway through the first half.

An innocuous injury saw the winger replaced as captain by Wesley Sneijder, but things worsened for Blind's men as Martins Indi was punished for reacting to a tussle with Kolbeinn Sigthorsson.

After former Ajax man Sigthorsson hauled down his opponent, Martins Indi's frustrations got the better of him, as he was shown a straight red for striking the forward.

Having regrouped at the break, Blind's men were behind early in the second half as Gregory van der Wiel's careless challenge on Birkir Bjarnason allowed Sigurdsson to score from the spot.

The midfielder's fifth goal of qualification ensured Iceland did the double over their opponents, as the Dutch stayed third by virtue of Turkey conceding late on to draw 1-1 with Latvia.

The boisterous home fans were almost silenced six minutes in as Jon Bodvarsson failed to make contact with Johann Gudmundsson's delivery across goal.

Iceland continued to enjoy the better of the opening exchanges, despite Robben seeing an effort kept out by Hannes Halldorsson.

Cutting in from the right onto his left foot, the new Netherlands skipper continued to threaten, going close again with a free kick from the edge of the area after 22 minutes.

However, Robben's evening was cut short when he was forced off. Having kicked the ball out of play, the Bayern Munich winger took himself down the tunnel four minutes before the half-hour mark following consultations with medical staff.

In his absence, Memphis Depay produced a teasing cross that just eluded Klaas-Jan Huntelaar, before Martins Indi was sent off for his off-the-ball incident with Sigthorsson.

The Porto man seemed to strike his opponent following a tussle for the ball, with Milorad Mazic duly showing the red card, forcing Blind into further tactical reshuffles.

Blind's halftime team talk went out of the window inside five minutes of the second half as Van der Wiel felled Bjarnason, allowing Sigurdsson to tuck the ball past an unfortunate Jasper Cillessen, who managed to make contact with the spot kick.

Gudmundsson came within a post's width of doubling the advantage soon after as the 10-man Netherlands struggled to forge clear-cut chances without its best player.

Instead, Cillessen was required to keep the deficit to one, saving from Gudmundsson and Sigurdsson in quick succession after the hour.

With Blind's men unable to take their late chances, the Netherlands faces an uphill task to qualify with three games remaining.