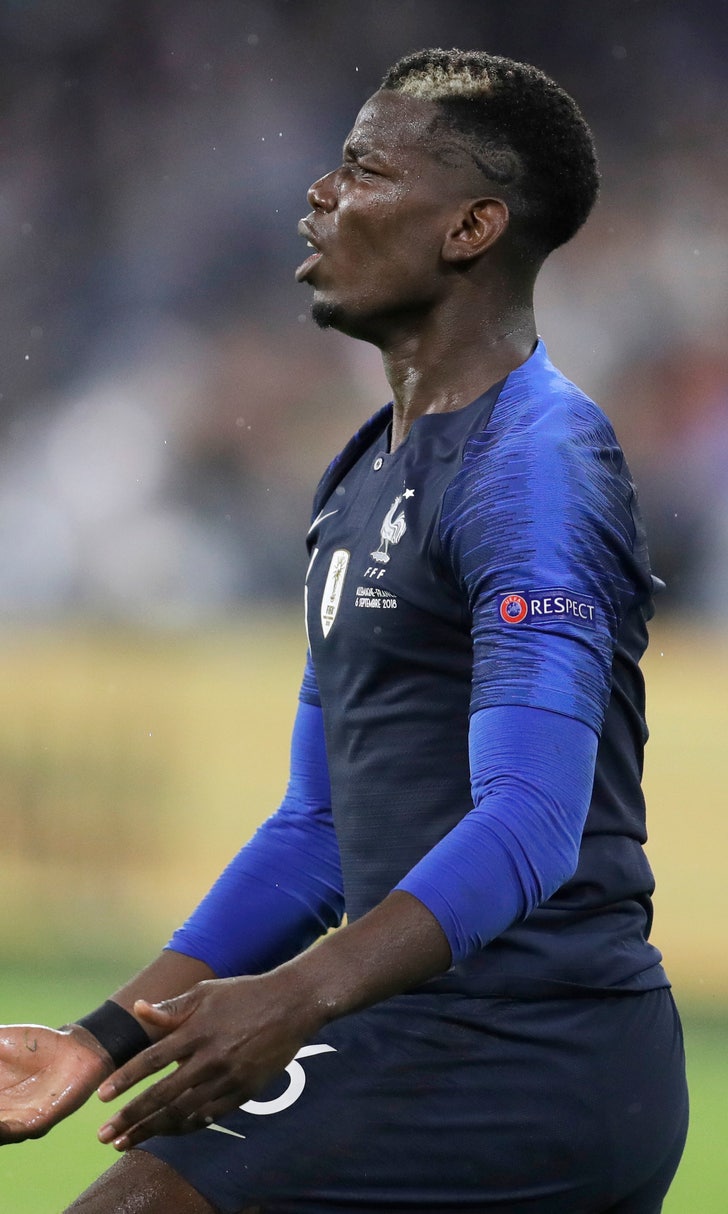 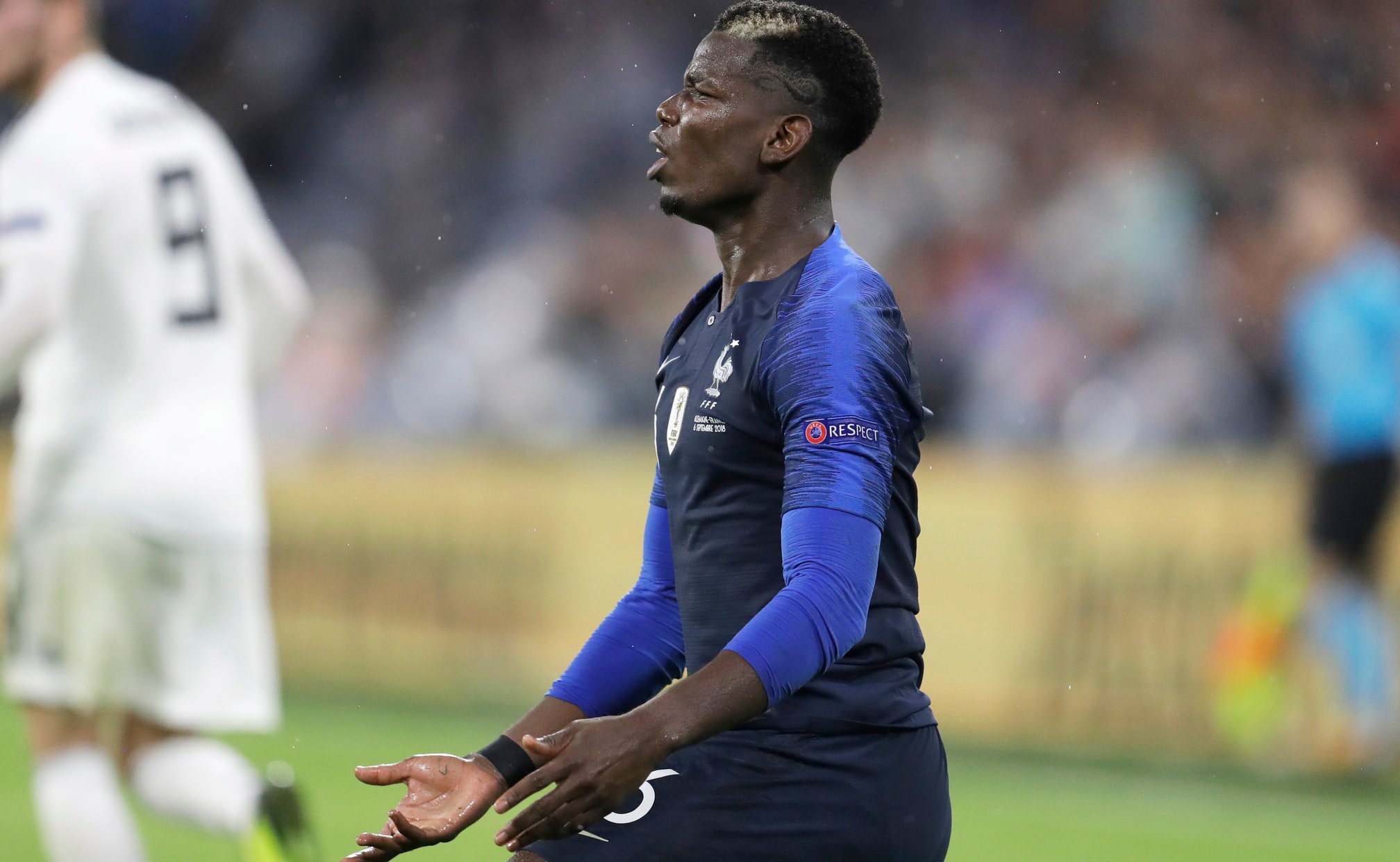 Europe's newest international soccer tournament started Thursday with a whimper rather than a bang.

Germany and France headlined the opening night of the UEFA Nations League — the 2014 world champion against this year's winner — but the upshot was a 0-0 draw most memorable for France goalkeeper Alphonse Areola's saves.

Germany coach Joachim Loew said the Nations League wasn't a big enough stage for his team to redeem itself after crashing out of the World Cup in the group stage.

"It would be naive to think that we could put a World Cup like that behind us with one game," he said. "In the end, we can only rehabilitate ourselves at a major tournament."

France took a relaxed approach compared to the high-intensity style of its victorious World Cup campaign, though Germany showed more of a competitive edge to put debutant Areola's goal under siege in the final half-hour.

Germany forward Leroy Sane, controversially omitted from the World Cup squad, was back in the team but limited to a role as an 83rd-minute substitute.

On a mixed opening night for the new competition, the Wales team coached by Ryan Giggs swept past Ireland 4-1, while Ukraine beat the Czech Republic 2-1 after a delay for a floodlight failure.

The Nations League was meant to replace friendlies with more meaningful games, but Croatia and Portugal showed that the friendly format still has some mileage.

In its first game since losing the World Cup final to France, Croatia drew 1-1 with European champion Portugal in a game scheduled head-to-head with Germany and France's Nations League opener.

Ivan Perisic put Croatia ahead with a fierce shot in the 18th minute before Portugal defender Pepe responded with a header in the 32nd.

After missing out on a World Cup spot, the Netherlands showed grit in Thursday's friendly against Peru, coming back from a goal down to win 2-1 as veteran midfielder Wesley Sneijder marked his 134th and last international game.

In the second tier of the Nations League, Wales needed just six minutes to score in its first competitive game under Giggs, who was appointed in January to succeed Chris Coleman.

Tom Lawrence blasted the ball past goalkeeper Darren Randolph to get Wales started, before Gareth Bale made it 2-0 with a curling shot. Aaron Ramsey and Connor Roberts added further goals as the Welsh gained a measure of revenge over Ireland, whose 1-0 win last year ended their World Cup qualifying hopes.

In Thursday's other League B fixture, Oleksandr Zinchenko's stoppage-time goal gave Ukraine the win over the Czechs. The 21-year-old Manchester City midfielder is a key figure in Ukraine's attempt to rebuild its squad after missing out on the World Cup.

HOW DOES THE NATIONS LEAGUE WORK?

UEFA has had a tough time explaining why Europe needed its new competition, or how it works.

It's a hybrid between a traditional tournament — stretched out over a whole season — and a European Championship qualifier.

There's a group stage, after which the top-tier winners will play a "final four"-style playoff to be overall Nations League champion. Group winners from all four divisions can earn places in qualifying playoffs in 2020, with a European Championship spot on the line.

There will still be a traditional qualifying competition for the European Championship, starting next year. FIFA hopes there will eventually be Nations Leagues worldwide feeding into a global competition.

For many of Europe's lower-ranked countries, the Nations League is likely to be their best shot of qualifying for the European Championship, since at least one team from each tier is guaranteed a place.

League C's early front-runners include Norway, which hasn't reached a major tournament since 2000 and beat Cyprus 2-0. Bulgaria, last seen at the European Championship in 2004, won 2-1 against Slovenia.

In the lowest level, League D, Georgia started strongly Thursday with a 2-0 win over Kazakhstan. The 19-year-old Georgian midfielder Giorgi Chakvetadze scored the first-ever goal in the Nations League with a powerful shot from the edge of the box.

Andorra earned a rare point in a competitive game by drawing 0-0 away to Latvia, the only one of League D's 16 teams ever to have played a major tournament.

Gibraltar, the smallest member of UEFA, played its first-ever competitive game on home soil, losing 2-0 to Macedonia in League D.

Gibraltar joined UEFA in 2013 but had to play all its home qualifying games for the 2016 European Championship and 2018 World Cup at a venue in Portugal because its own stadium wasn't considered up to the required standard.

After some upgrades, Gibraltar is now playing at its 2,000-capacity Victoria Stadium for the Nations League. Local media reported the game against Macedonia was sold out.