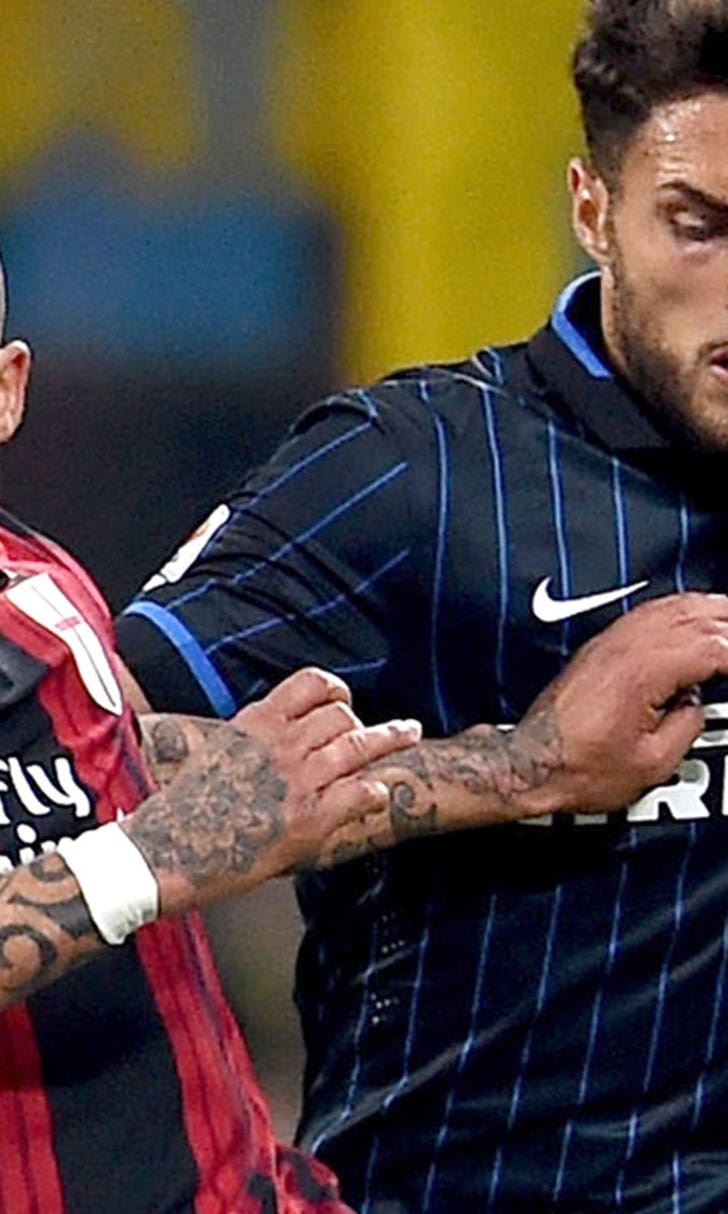 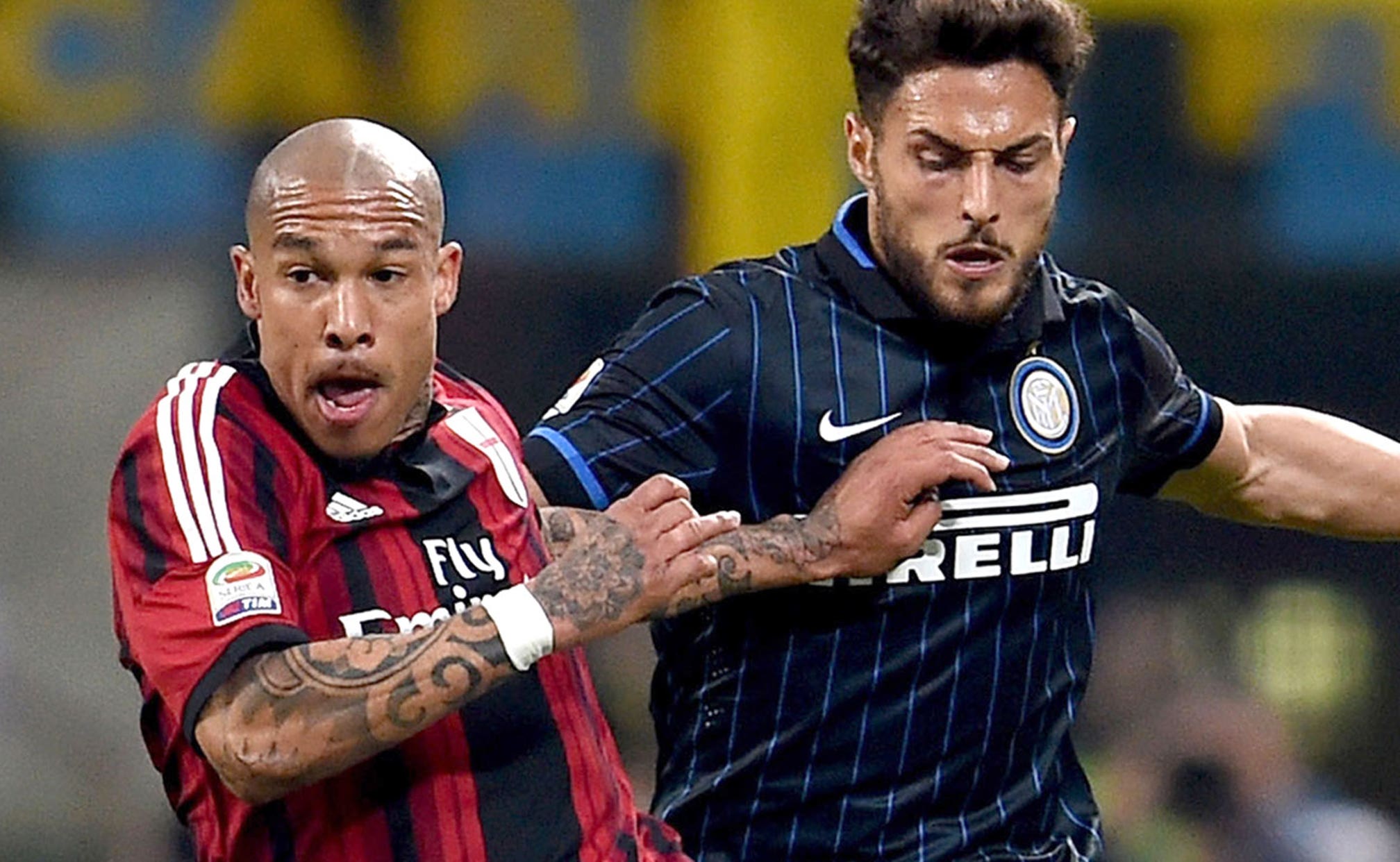 Milan Serie A derby stalemate leaves little to cheer about 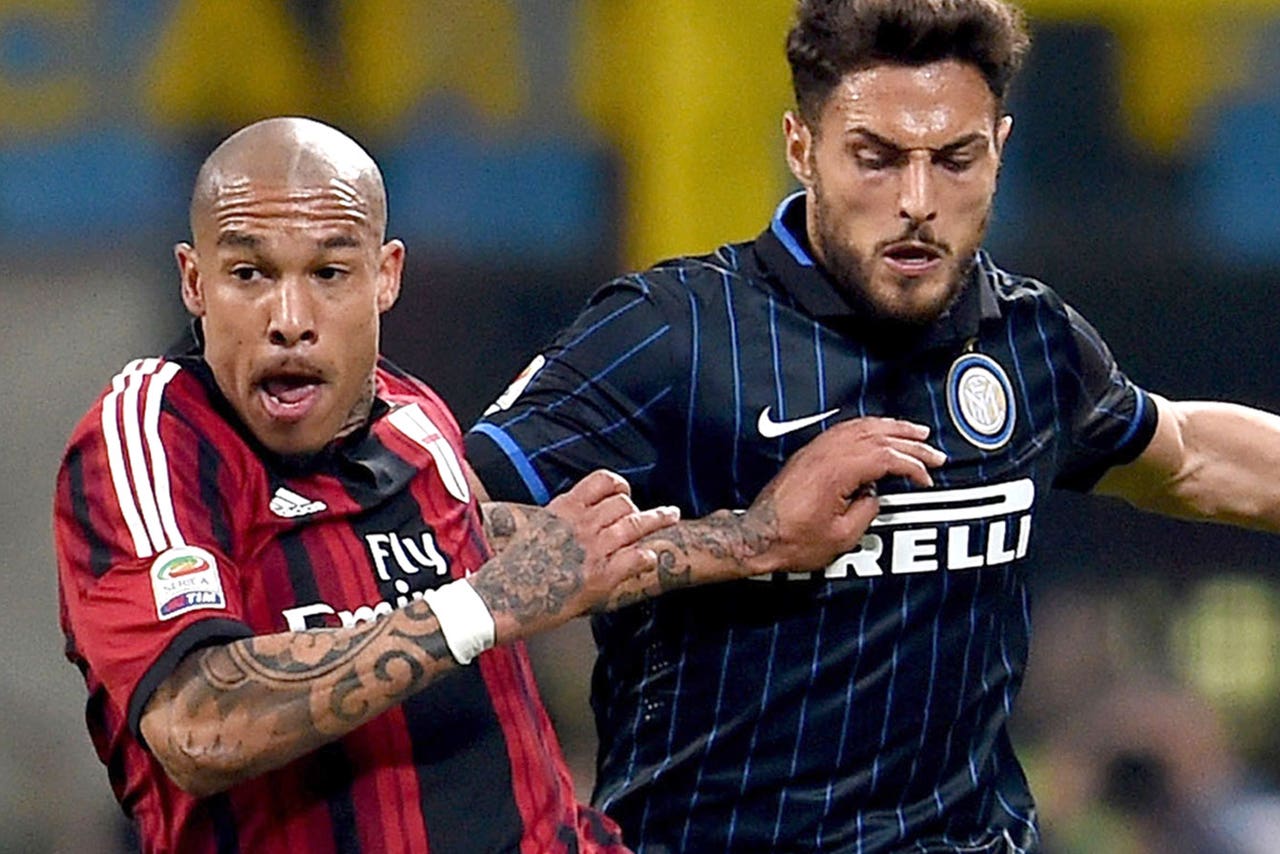 Inter and Milan played out a dreary 0-0 derby draw on Sunday that encapsulated their respective disappointing seasons in Serie A.

There was a notable lack of quality in attack for both sides, perhaps showcasing how the two giants of Italian football have fallen from grace in recent seasons.

That feeling was particularly evident in a first half that provided little in terms of goalmouth action, although Milan did see Alex have a goal ruled out for offside.

Inter, the designated host, improved after the break and Rodrigo Palacio had a goal of his own disallowed, before Roberto Mancini's men had penalty claims against Luca Antonelli turned away.

Milan's Philippe Mexes had his blushes spared with just under 20 minutes remaining when he turned into his own net, only for a foul off the ball to curtail Inter's celebrations.

A draw means that Milan stays one place and one point above its rival in ninth.

Inter started at a quick tempo and Hernanes almost opened the scoring in the 11th minute with a spectacular 35-yard effort that Diego Lopez parried high to his left.

Milan grew into the game and Suso - making his first start since joining from Liverpool in January - twice tested Samir Handanovic with long-range shots.

Handanovic was then forced into a great save when Nigel de Jong met Suso's free kick from the right at the back post, Alex slammed home the rebound but the whistle had already gone for offside against the defender.

It was Inter's turn to be denied by the offside flag after the break.

Hernanes led a swift breakaway and slipped a superb ball into the left channel for the quiet Mauro Icardi, but the forward had strayed offside and by the time he squared for Palacio to side-foot home, the whistle had already gone.

That marked the start of a spell of sustained pressure from Inter and Mexes had to be on hand to make a crucial block when Palacio had worked the angle to shoot past Lopez.

Inter saw appeals for a penalty dismissed after Hernanes' shot hit the hand of Antonelli. And Inter was again up in arms when Mexes steered the Brazilian's cross past his own goalkeeper, only for the referee to blow for a foul from Palacio on Antonelli.

Mancini's side continued to press â Palacio forcing a point-blank stop from Lopez before Icardi lashed wide â but the contest ended in a goalless draw, arguably as much as either side deserved as the full-time whistle was met with frustrated whistles from the stands.