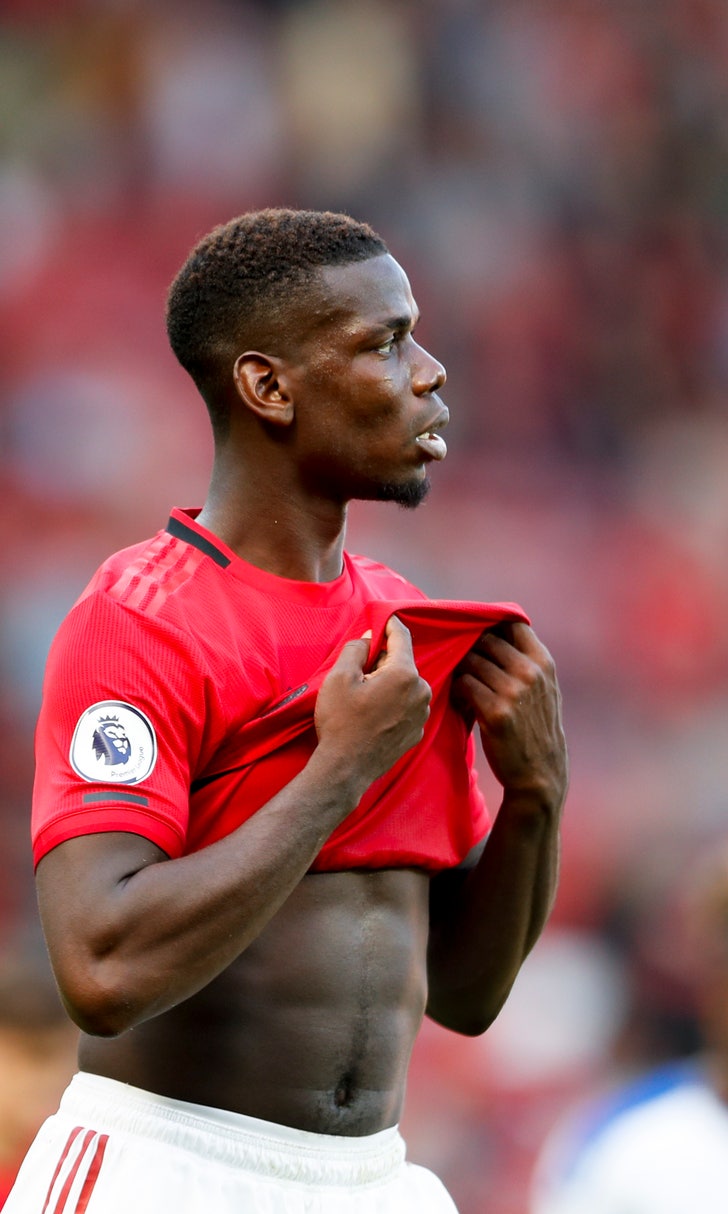 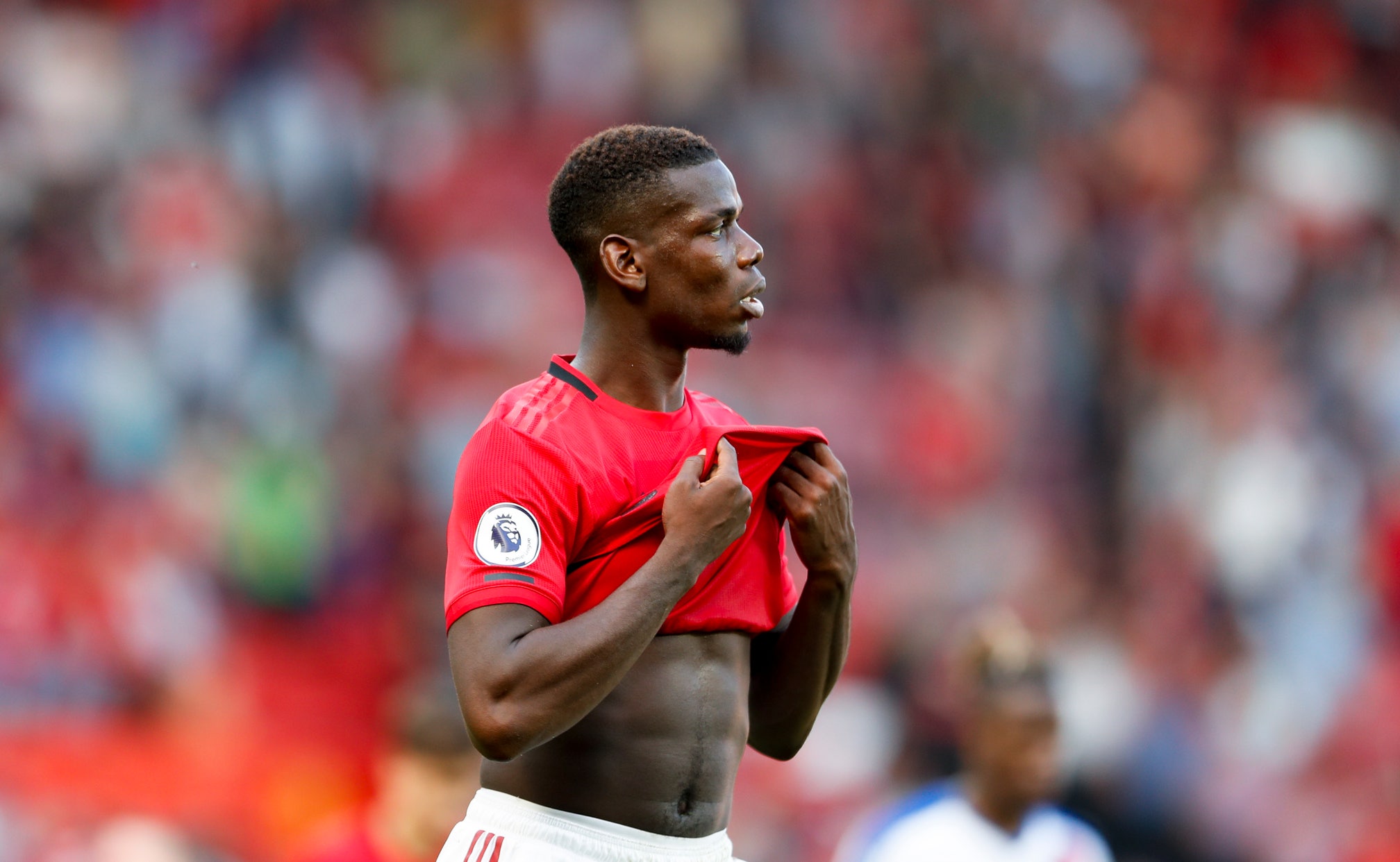 An offseason splurge of nearly $200 million has failed to address many of the nagging problems afflicting Manchester United under Ole Gunnar Solskjaer.

It took 90 sobering minutes at Old Trafford this weekend to highlight that.

The 2-1 loss to Crystal Palace in the Premier League punctured much of the optimism generated by United's season-opening 4-0 win over Chelsea that was hailed by some as the reawakening of England's most prestigious club.

Now, many will be wondering where the creativity is in midfield, where the depth is in attack, and if United's defense has actually tightened up following two expensive summer arrivals.

The central midfield appears to be the biggest problem, affecting United's productivity at both ends of the field.

Solskjaer has started the season with Paul Pogba and Scott McTominay as his two central midfielders.

That is the same Pogba who this offseason expressed his desire to leave United for a "new challenge somewhere else." McTominay is 22 and has impressed with his combative attitude. But he was a bit-part player for much of last season, starting only eight league games.

The recent departures of Ander Herrera and Marouane Fellaini have left Solskjaer short on options. Andreas Pereira is, like McTominay, inexperienced and Nemanja Matic, who has yet to play this season, looks to be someone Solskjaer is keen to move on from.

United was linked with a number of creative midfielders this offseason, most strongly Portugal international Bruno Fernandes, but didn't buy one. Pogba often looked exasperated against Palace, throwing his hands out in front of him.

The closest thing United has for someone who can play "between the lines" is Jesse Lingard. Yet even he is more known for his running off the ball — pressing and movement — than what he can do on it.

United is set up to be a counterattacking team under Solskjaer. When teams, like Palace, drop back and let United have the ball, there are few in Solskjaer's team who can deliver a killer pass through packed defenses.

It also affects the forward line.

Anthony Martial, Marcus Rashford and Daniel James — a flying winger signed from second-tier Swansea — thrive on running into space behind defenses. See the win over Chelsea as evidence for that, with the London team playing a high line at Old Trafford and paying the price.

Sit back and restrict the space, and United's pacey forwards can quite easily be neutralized.

And there aren't many other options, either.

With Romelu Lukaku sold to Inter Milan and Alexis Sanchez — a huge flop since joining from Arsenal on massive wages — potentially on his way before the European transfer window shuts on Sept. 1, Solskjaer's only other attacking option is 17-year-old academy prospect Mason Greenwood.

Given Martial's penchant for picking up little injuries — like he did at the end of the Palace game — does United really have enough attacking quality to get through a season that includes two domestic cup competitions and the grueling Europa League?

As for defense, that was an area Solskjaer focused on for reinforcements in the offseason and they arrived in the form of right back Aaron Wan-Bissaka and center back Harry Maguire, signed for a combined 130 million pounds ($160 million).

They are clearly upgrades on Antonio Valencia and Chris Smalling but whether the defense gets enough protection from a central-midfield two that includes Pogba, whose work rate is often called into question, is uncertain.

Another concern was the sight of left back Luke Shaw — another whose injury record provokes concern — limping off against Palace. Ashley Young, who proved to be error-prone as a full back last season, was his replacement, which hardly bodes well.

One way of looking at United's start to the season is that the team was two penalty misses (Pogba in the 1-1 draw at Wolverhampton Wanderers, and Rashford against Palace) away from possibly being on maximum points from three games — even though Chelsea started the better side and hit the post before United opened the scoring.

The other is that the loss against Palace left United with a record of three wins in 15 games in all competitions since that scarcely believable 3-1 victory at Paris Saint-Germain in the Champions League in March that rubber-stamped the United hierarchy's decision to hire Solskjaer full-time.

One of the early trends of the Premier League this season has been the lack of clean sheets.

This weekend, only three teams didn't concede and, somewhat surprisingly, they were Aston Villa, Southampton and Newcastle, the latter winning 1-0 at Champions League runner-up Tottenham.

In the second round of games, only Everton and Sheffield United shut out their opponents.

Liverpool, Manchester City and Chelsea had the tightest defenses last season, keeping a combined 57 clean sheets. They have just one between them in nine games this season.