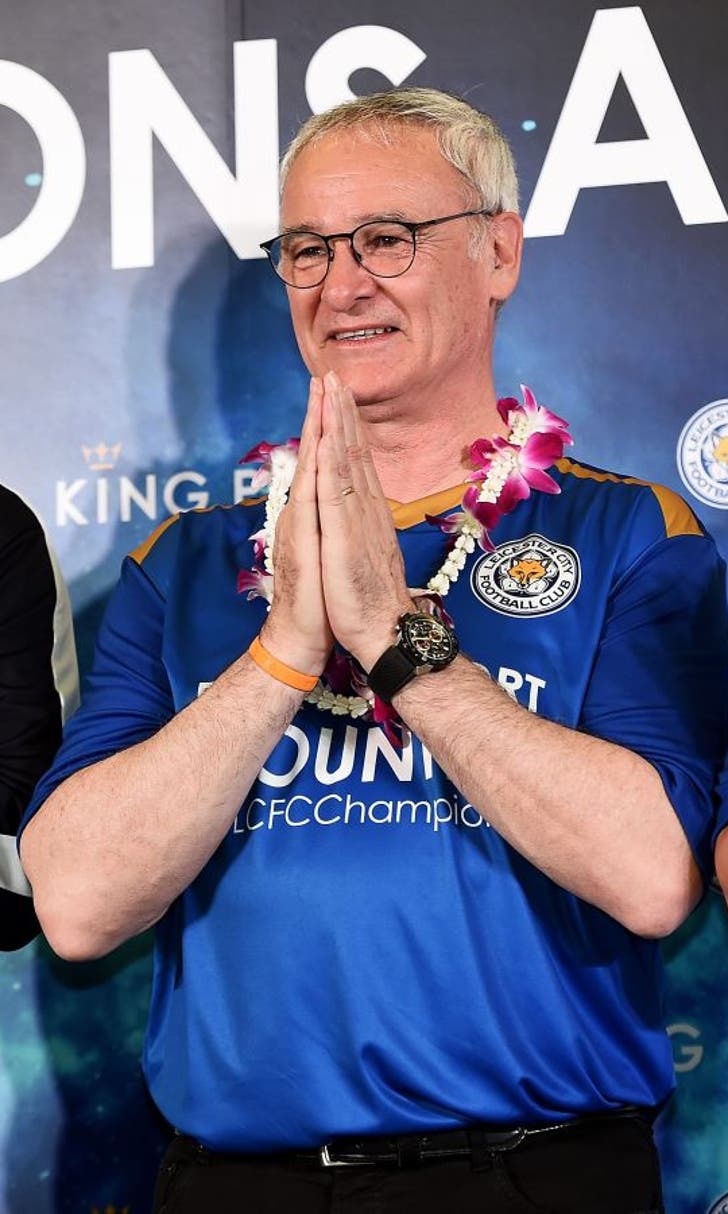 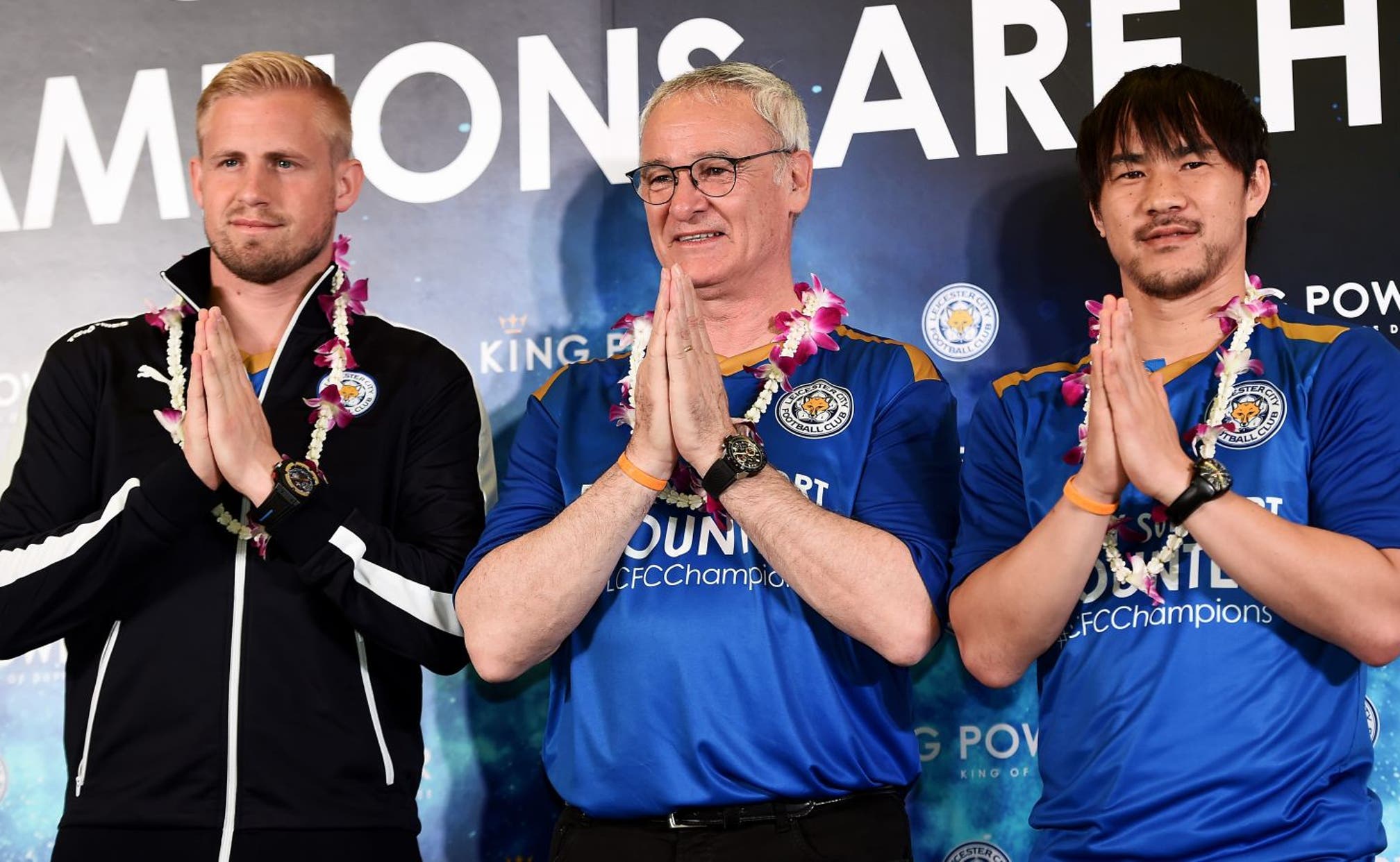 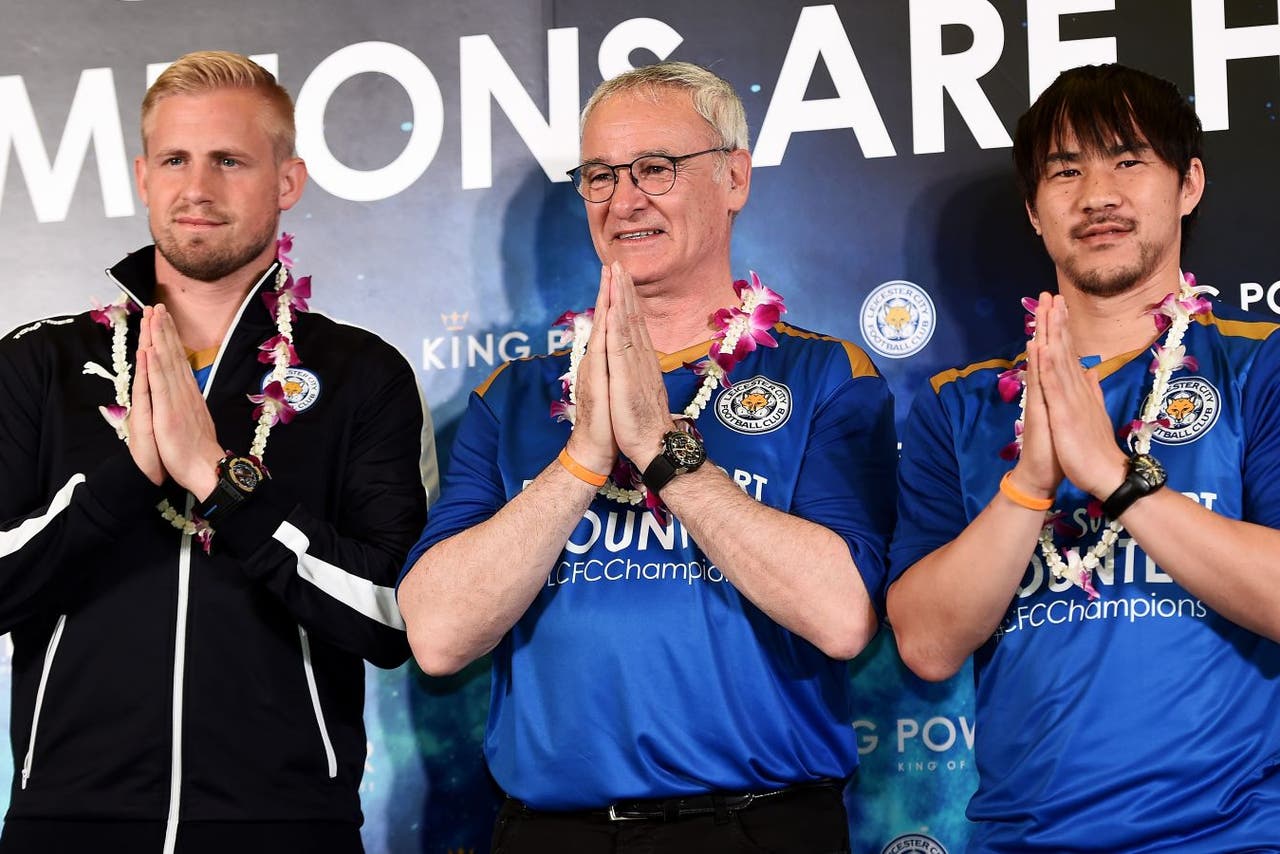 Barclays Premier League champions Leicester received a heroes' welcome as they arrived in Thailand for a celebratory tour of the country.

The midlands club is Thai owned by the Srivaddhanaprabha family, who organized the six-day visit to their homeland.

Fresh from parading the Premier League trophy through the streets of Leicester on Monday, when 240,000 Leicester fans are estimated to have turned out to celebrate, manager Claudio Ranieri and his players and staff were mobbed by fans at Bangkok airport on Wednesday morning.

The Leicester party was given the traditional Thai "wai" greeting, with fans chanting "champions, champions" upon their arrival.

Leicester have become one of the best-supported teams in Thailand since the Srivaddhanaprabha family and King Power took over the club in 2010, building a strong fan-base among the country's football-mad population.

That support will be acknowledged during the trip, which will include a number of official engagements aimed at thanking the people of Thailand for getting behind the club.

A handful of players are absent from the trip, including leading goal scorer Jamie Vardy , who has stayed behind as England step up their preparations for this summer's European Championships. Danny Drinkwater has also been named in Roy Hodgson's provisional squad for the tournament.

N'Golo Kante has not traveled, having been asked to complete fitness testing by the France Football Federation ahead of his involvement in Euro 2016. Player of the Year Riyad Mahrez, Daniel Amartey and Nathan Dyer have also been granted leave.

There had been doubts over whether Leicester would return to Thailand after last summer's trip to the country, when three young players, including then-manager Nigel Pearson's son, took part in a racist sex tape.