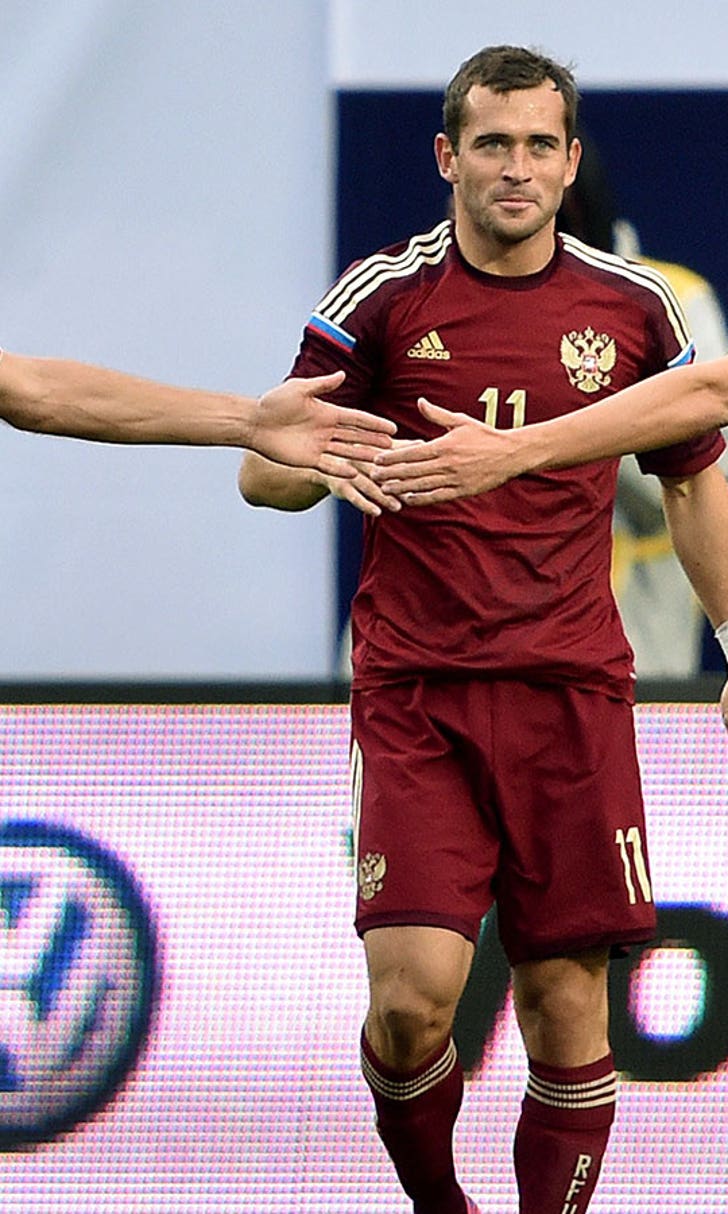 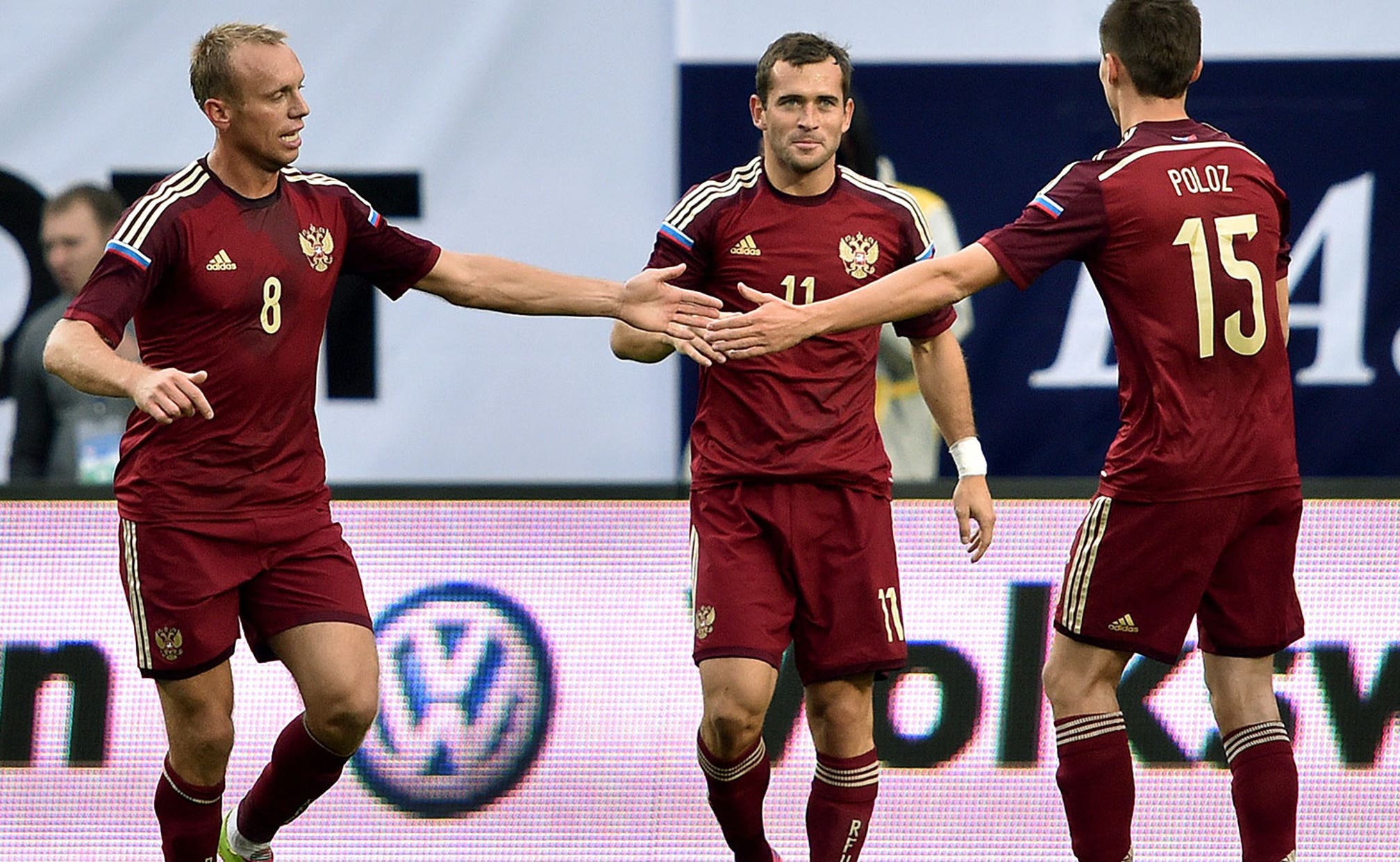 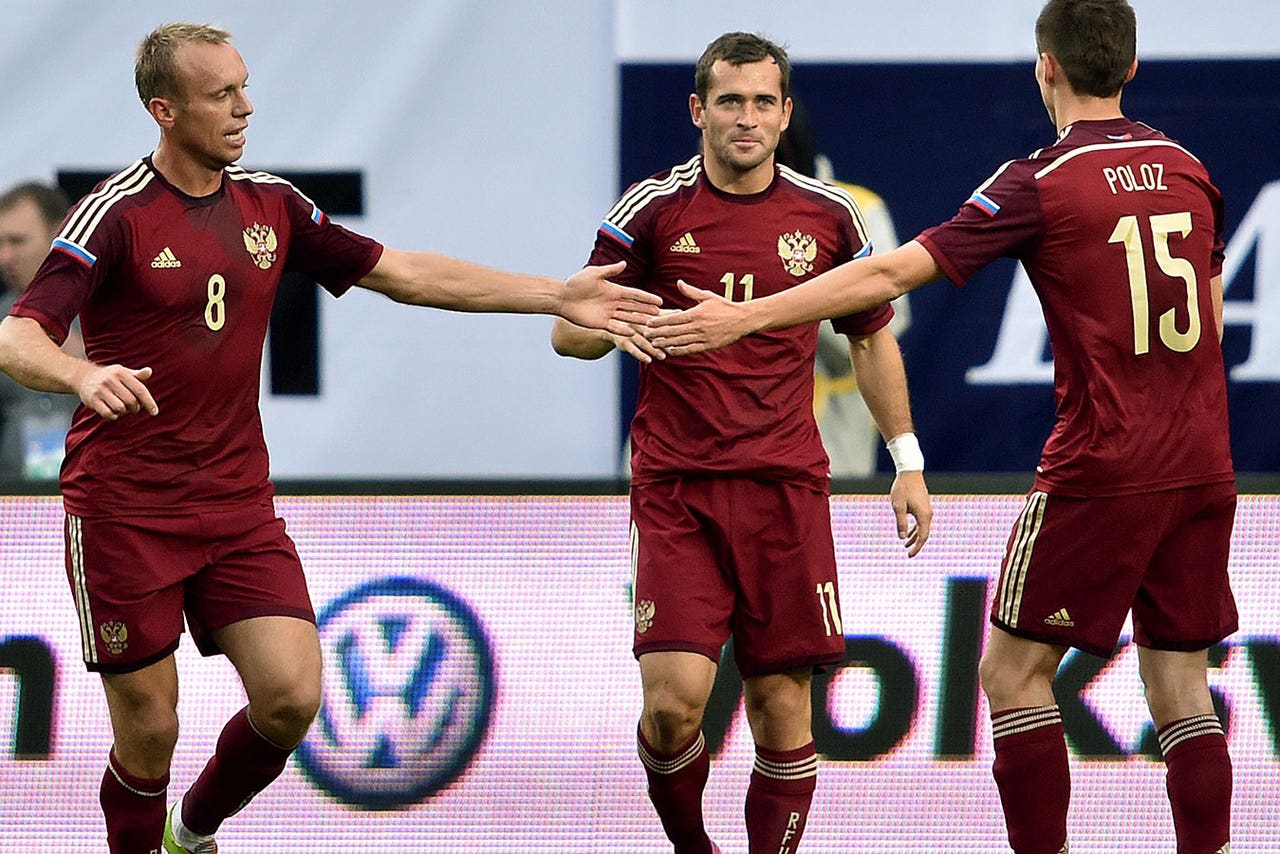 The Zenit St. Petersburg striker scored twice in the first half to set a new mark of 28 international goals in Russia's first game since its World Cup group stage exit in June.

In a match that was a warm-up for European Championship qualifying, the victory follows a troubled week for Russia after reports that manager Fabio Capello has gone unpaid for three months amid a financial dispute at the Russian Football Union.

On the world stage, Russia is set for crisis talks with FIFA and UEFA representatives over its decision to absorb clubs from the annexed region of Crimea, while European Union countries have discussed possible sporting sanctions against the 2018 World Cup host.

On a chilly night at Arena Khimki near Moscow, Kerzhakov broke Vladimir Beschastnykh's Russian scoring record six minutes in, heading in a cross from Dmitry Kombarov.

Despite his double to get the Russian scoring mark, Kerzhakov remains 14 short of Oleg Blokhin's Soviet record.

Defender Sergei Ignashevich scored Russia's third from close range in the 41st, before Vladimir Granat added the fourth in the 81st.

Russia's Euro 2016 qualifying campaign begins at home to Liechtenstein on Monday before games next month against Sweden and Moldova. Azerbaijan's opener is against Bulgaria on Tuesday.