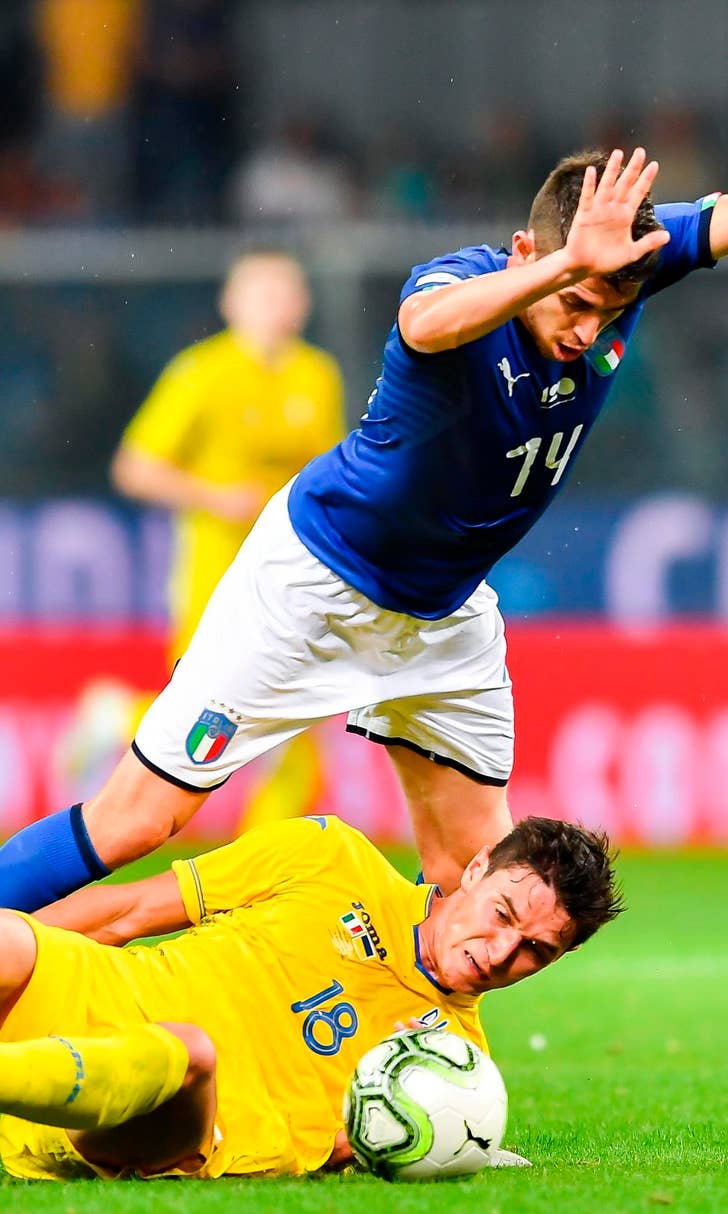 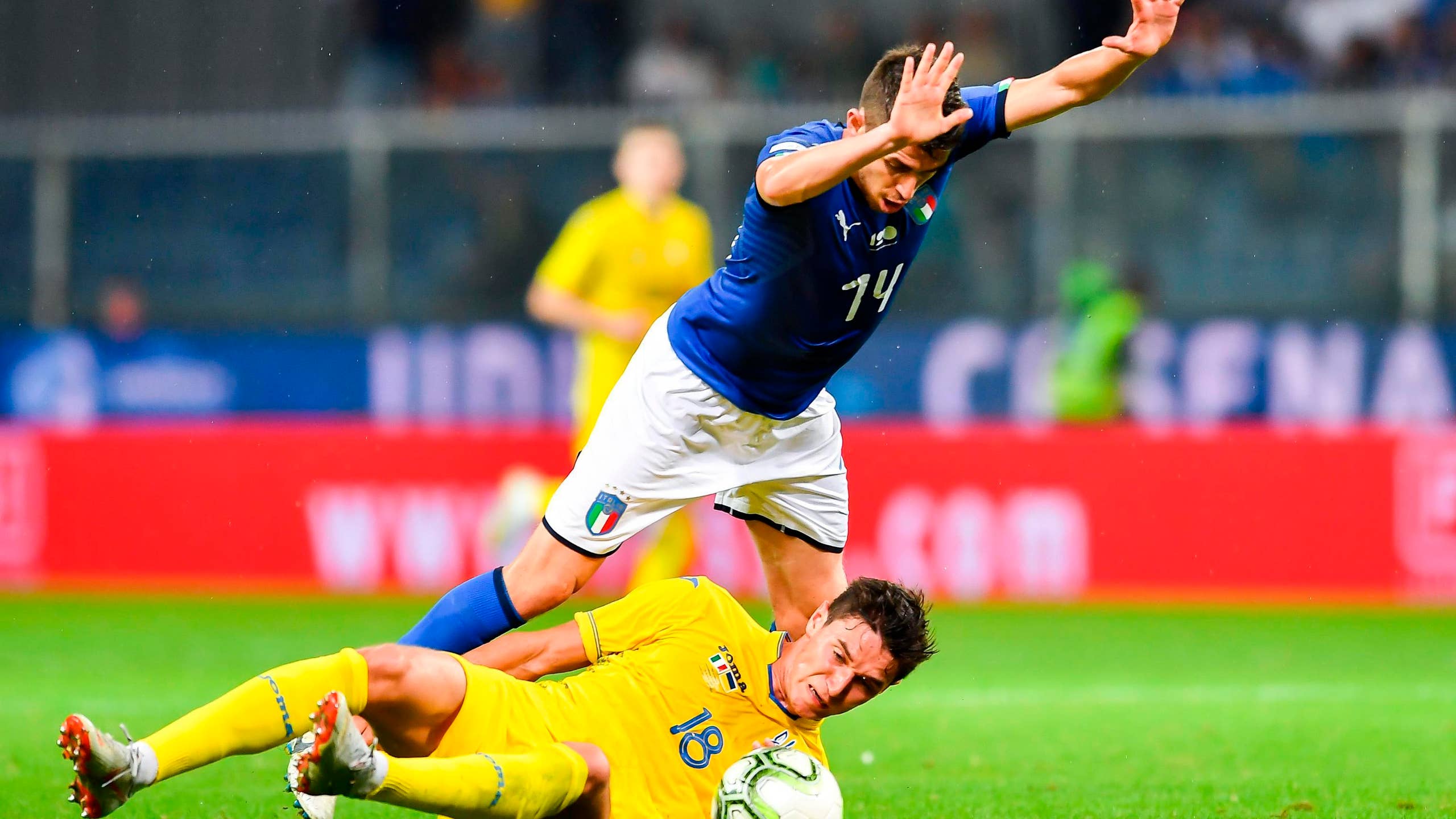 previous story
Nets want to be better, but probably still won't be good
next story
A capsule look at the Dodgers-Brewers playoff series

GENOA, Italy (AP) — Italy's winless streak reached five matches following a 1-1 draw at home with Ukraine in a friendly on Wednesday — extending the Azzurri's poor run of form following their failure to qualify for the World Cup.

Italy has recorded only one victory in 10 matches, a win over Saudi Arabia in a friendly in May. In competitive games, the Azzurri haven't won in more than than a year.

"It's a pity that we're still lacking results," Italy coach Roberto Mancini said. "We need to be more incisive, because when you create a lot of chances you've got to score goals."

Italy will hope for improved form in a UEFA Nations League match at Poland on Sunday. Mancini's squad has gained only one point from its opening two games in the competition and sits last in its group. Moreover, Italy has won only once under Mancini in six matches.

Bernardeschi scored with a shot from beyond the area that goalkeeper Andriy Pyatov had in his hands but couldn't stop.

Malinovskyi replied with a half-volley when a corner wasn't fully cleared then nearly won it with a free kick off the crossbar.

The match was stopped briefly in the 43rd minute for a dedication to the 43 people who died in the Morandi bridge disaster in August in Genoa.

Italy
share story
those were the latest stories
Want to see more?
View All Stories
Fox Sports™ and © 2021 Fox Media LLC and Fox Sports Interactive Media, LLC. All rights reserved. Use of this website (including any and all parts and components) constitutes your acceptance of these Terms of Use and Updated Privacy Policy. Advertising Choices. Do Not Sell my Personal Info