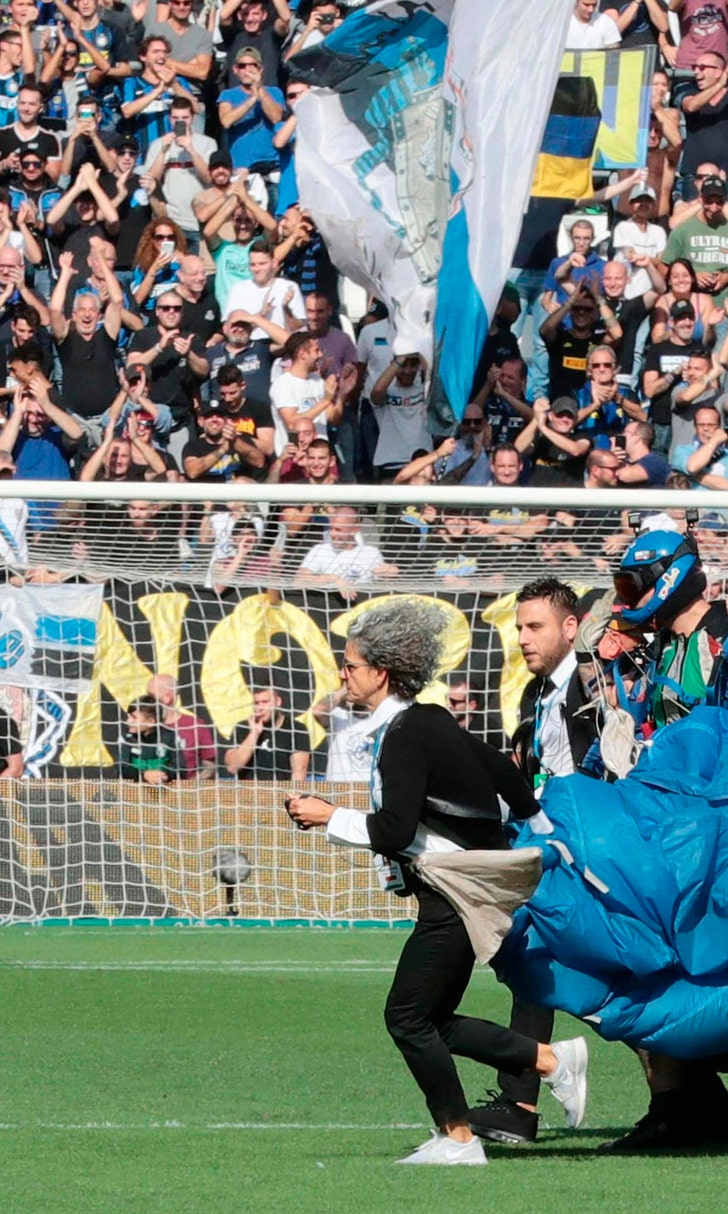 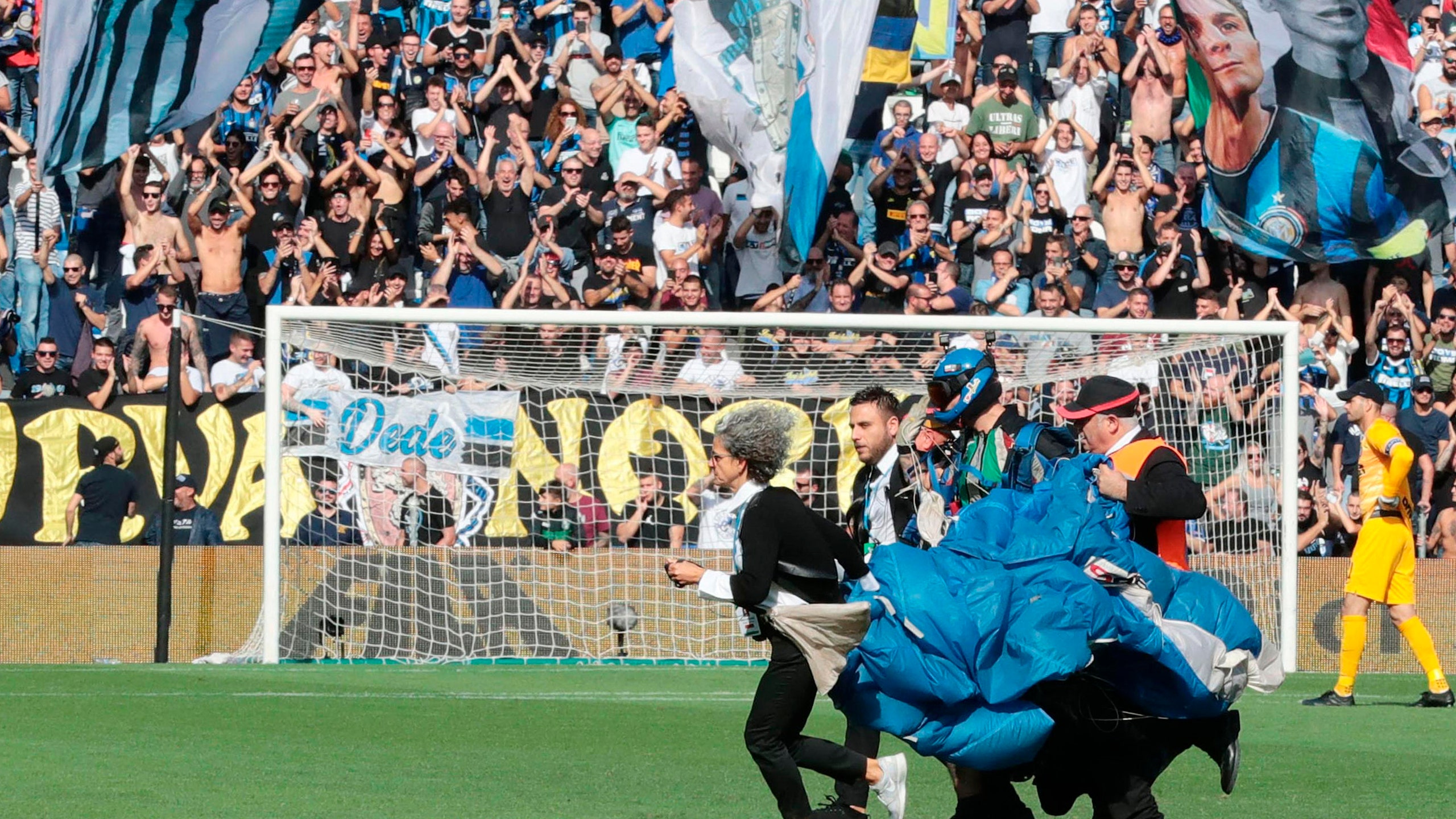 Inter unbothered by parachutist landing in win over Sassuolo

ROME (AP) — A parachutist landing on the center of the field briefly disrupted Inter Milan's 4-3 win over Sassuolo in Serie A on Sunday.

The intrusion came just before Romelu Lukaku was set to take a penalty for Inter.

Security agents quickly escorted the parachutist away and Lukaku was unperturbed as he converted the spot kick for his second goal of the match.

Lautaro Martinez also had a brace for second-place Inter, which moved back within a point of eight-time defending champion Juventus, which beat Bologna 2-1 a day earlier.

It was an emotional day for Sassuolo, which was playing for the first time since the death of club owner Giorgio Squinzi.

There was a minute of silence observed in Squinzi's memory before kickoff and Domenico Berardi dedicated Sassuolo's opening goal to the team patron by pointing his hands to the sky.

Lukaku, Inter's prized offseason signing from Manchester United, now has five goals in eight Italian league matches and four in the Nerazzurri's four away matches. Before Lukaku, the last Inter player to score four or more in his first four away Serie A games was Diego Milito in November 2009 — the season in which Milito led Inter to the Champions League title.

Filip Djuricic and Jeremie Boga scored late for Sassuolo after Inter had gone ahead 4-1.

"It's never easy to resume after the break for international duty," said Inter assistant coach Cristian Stellini, who stood in for a sick Antonio Conte in the post-match news conference. "We simply ran out of energy toward the end and Sassuolo stepped up the tempo.

"We've got to learn how to finish off these matches where we've dominated," Stellini added.

Sampdoria midfielder Ronaldo Vieira was subjected to racist chants by Roma fans during a 0-0 draw.

Referee Fabio Maresca heard the chants near the end of the first half of the game at Sampdoria's Luigi Ferraris stadium and let Vieira know about it.

The referee and Vieira walked off the field together at the interval but no announcement was made inside the stadium.

Vieira, who was born in Guinea Bissau and is black, plays for England's Under-21 squad.

The matched marked Claudio Ranieri's debut as the coach of last-place Sampdoria, against his former club.

Roma lost both Bryan Cristante and Nikola Kalinic to injury, while Roma forward Justin Kluivert was sent off for a second yellow four minutes from the end.

AC Milan conceded a stoppage time equalizer in a 2-2 draw at home with promoted Lecce in Stefano Pioli's debut.

Marco Calderoni scored the equalizer for Lecce with a powerful, long-range effort past Gianluigi Donnarumma.

Hakan Calhanoglu had put Milan ahead early on before Khouma Babacar equalized with a penalty after the break.

Calhanoglu also set up a goal for Krzysztof Piatek

Cagliari moved above Roma into fifth with a 2-0 win over Spal. Radja Nainggolan put the Sardinian club ahead with a powerful strike and Paolo Faragò also scored.

Also, Andreas Cornelius scored a hat trick in Parma's 5-1 rout of Genoa; and Udinese beat Torino 1-0 with a header from Stefano Okaka.