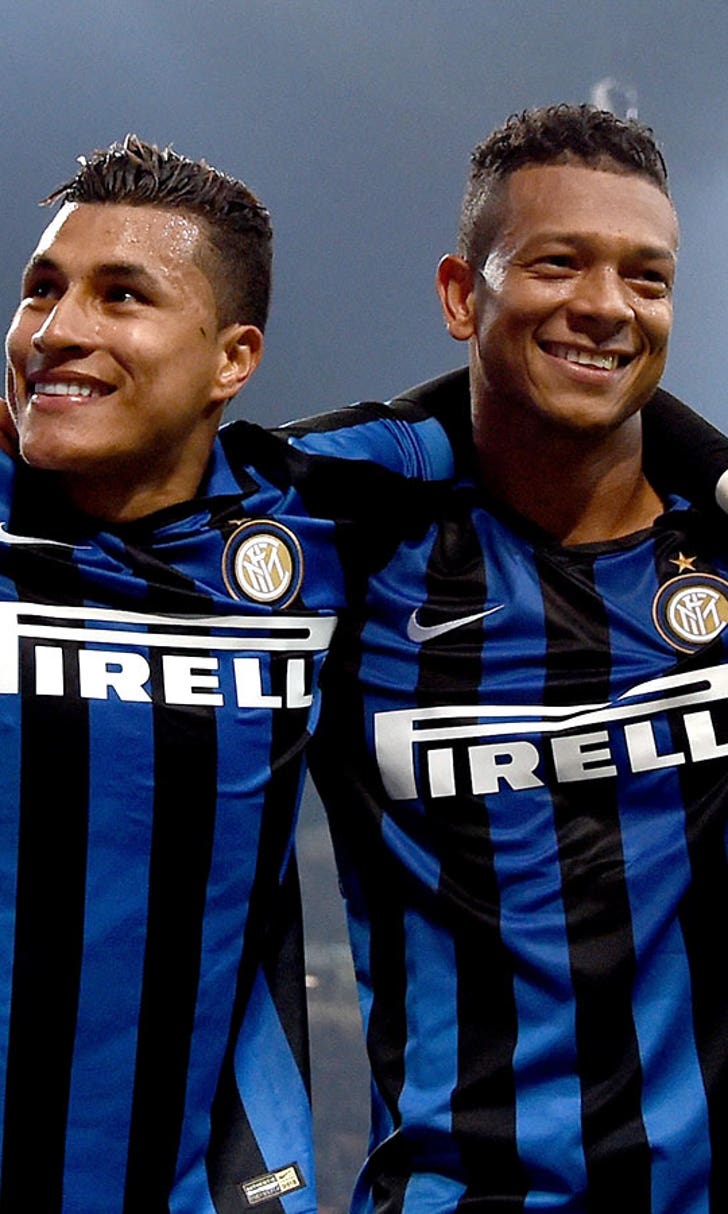 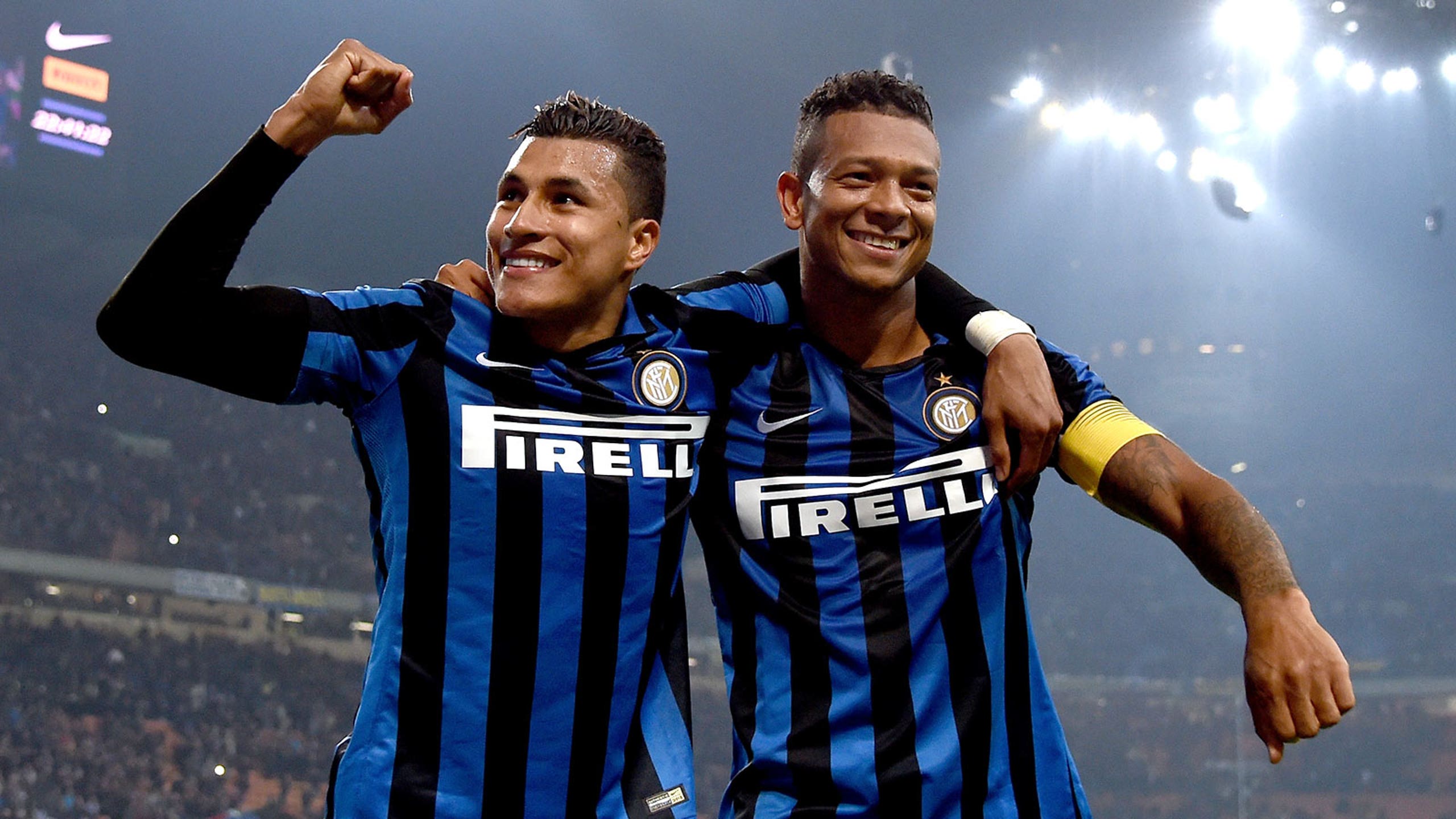 Inter Milan take top of Serie A with win over Roma 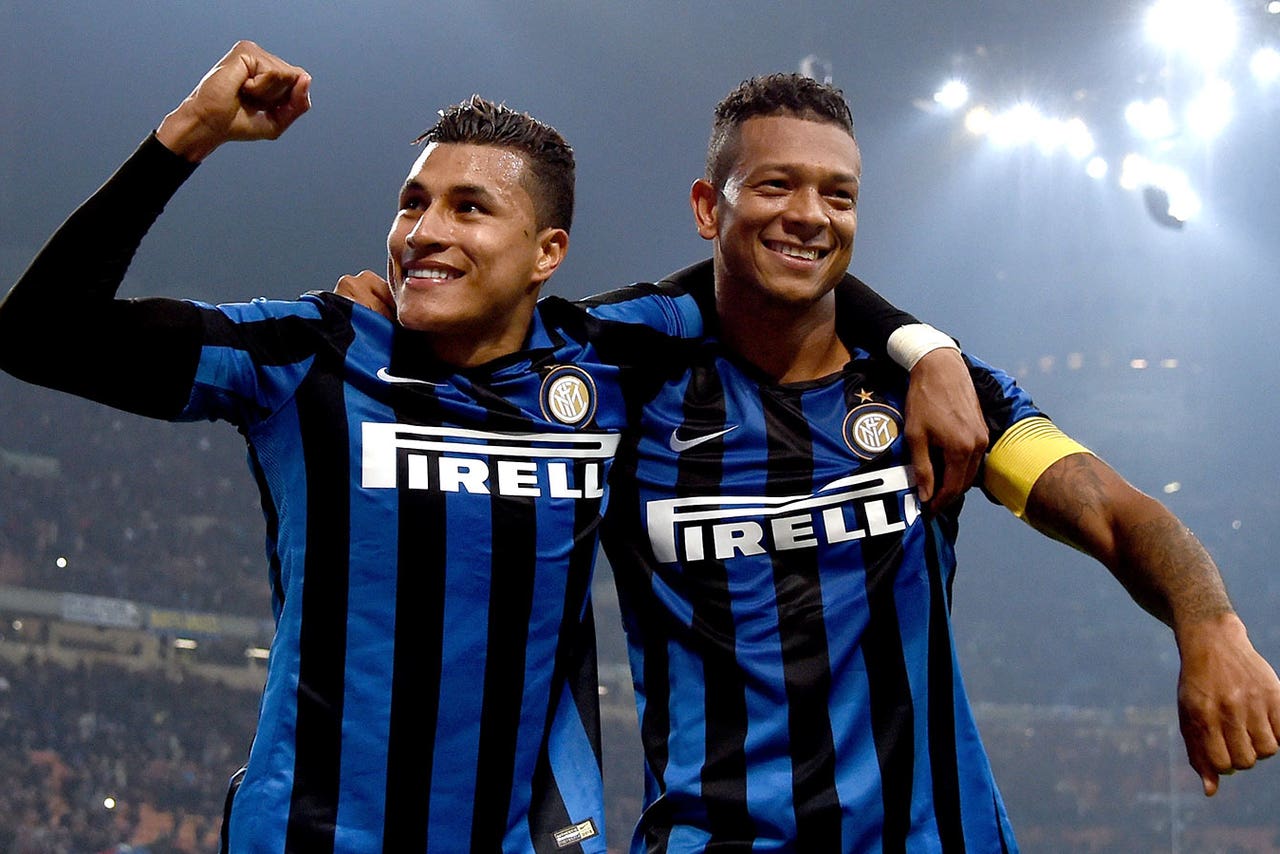 Inter Milan edged 10-man Roma 1-0 on Saturday evening in Serie A and leapfrogged their opponents into first place.

Chilean defender Gary Medel, making his 54th appearance for Inter, scored his first goal for the club in the 31st minute.

His right-footed strike from 25 yards beat visiting goalkeeper Wojciech Szczesny and was enough to halt Roma's five-match winning run in the league.

Roma had plenty of chances to equalize but were denied by Inter keeper Samir Handanovic, who made a string of a great saves as the hosts held on for their seventh win of the campaign.

The Giallorossi had Miralem Pjanic sent off for a second yellow card in the 73rd minute.

The outcome at the Giuseppe Meazza stadium has lifted Inter one point clear of Roma.

Napoli and Fiorentina will join Inter at the top of the standings if they win their respective games on Sunday.

The hosts, who had won just one of their previous 11 meetings with Roma in all competitions, had the best defensive line in the competition heading into the encounter but were facing the most prolific attack.

Inter had the first chance in the eighth minute when Fredy Guarin drilled a 35-yard attempt that was kept out by Szczesny.

At the other end, Edin Dzeko's header from Lucas Digne's cross was saved by Handanovic.

Handanovic was called on again to make a save in the 23rd minute when Maicon got behind Pjanic's pass and struck a right-footed shot from 12 yards that the keeper saved.

Roma fell behind against the run of play when Medel found space and struck from long range towards the near post to beat Szczesny.

On the stroke of half-time, Guarin's effort from the edge of the area went just wide.

Medel got hurt early in the second half and was given a standing ovation when he was replaced by Geoffrey Kondogbia.

In the 52nd minute, Dzeko forced Handanovic to make a terrific save to clear his powerful header from a corner.

On the hour, he made a double save. He did well to keep out Alessandro Florenzi's bullet strike from 30 yards and recovered to deny Mohamed Salah the tap-in.

Shortly after, Pjanic was handed his marching orders after being booked for a blatant handball.

With 14 minutes remaining Szczesny kept Roma in the game when he saved Marcelo Brozovic's goal-bound volley.

Inter should have made it 2-0 two minutes from time when Ivan Perisic surged inside the Roma area after a fast counter-attack by the hosts.

He failed to see an unmarked Rodrigo Palacio and Szczesny recovered the ball for the visitors.

Inter held on as Rudi Garcia's Roma lost for just the second time this season.