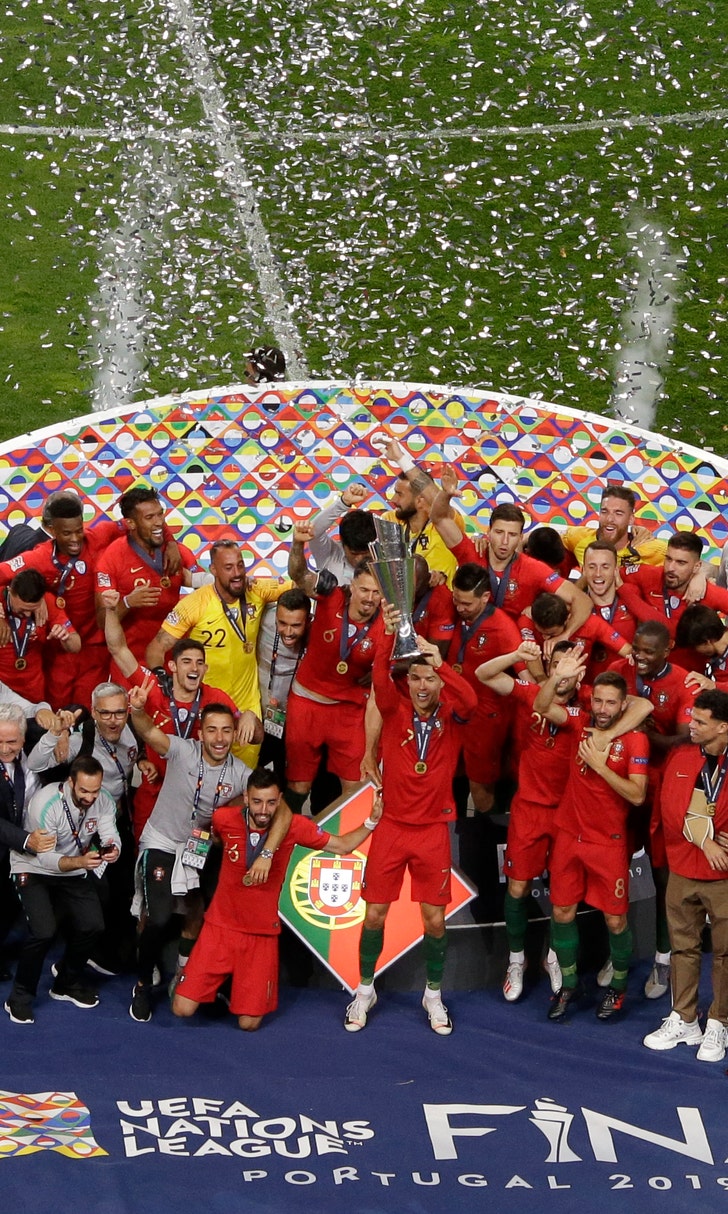 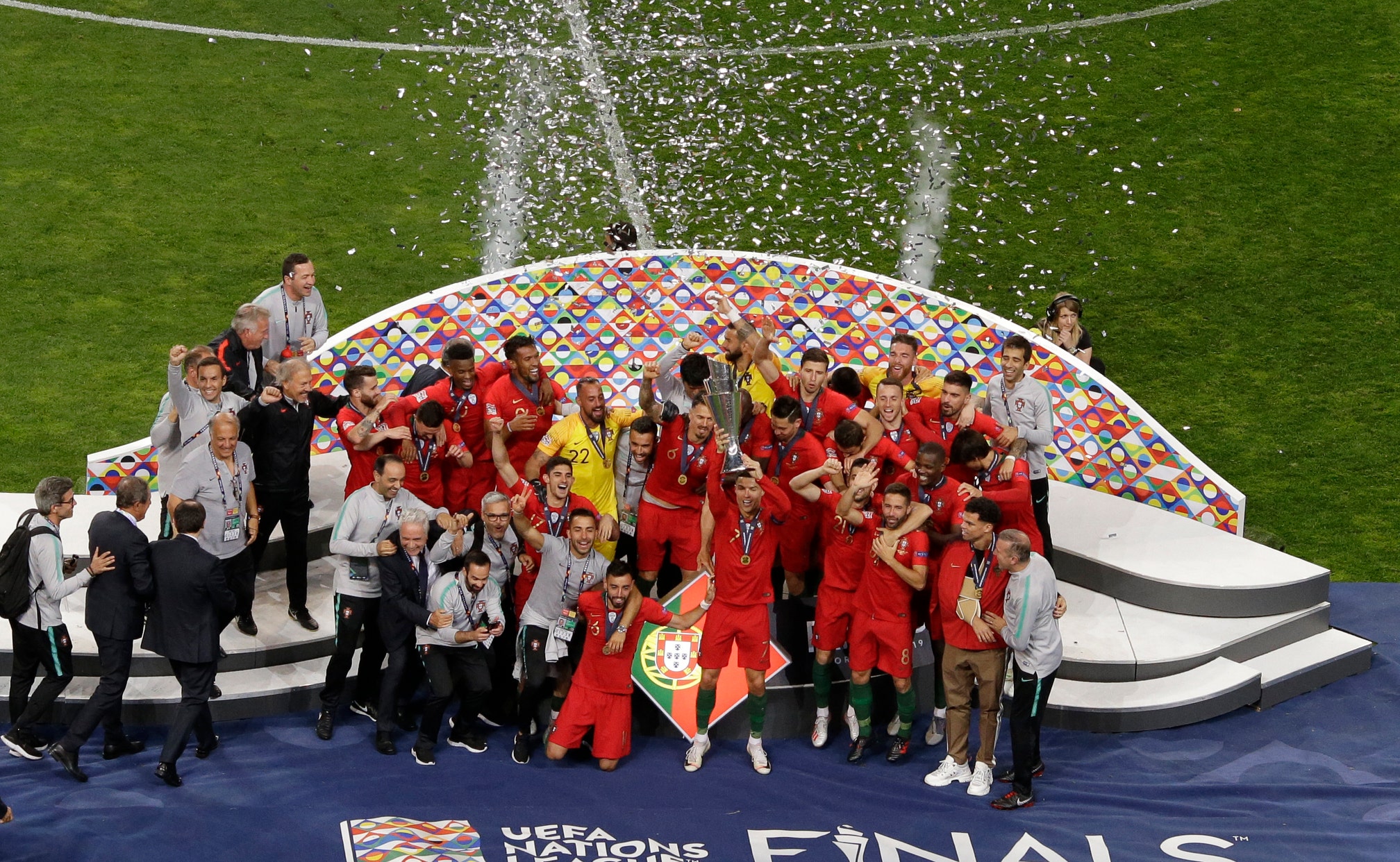 previous story
US and Thailand are last to kick off the World Cup
next story
Arkansas pounds Ole Miss 14-1, earns return to CWS

PORTO, Portugal (AP) — The Estádio do Dragão was still filled as Cristiano Ronaldo and his teammates congratulated each other and waited for the trophy presentation after Portugal won the UEFA Nations League title.

When Ronaldo lifted the trophy, the crowd erupted in cheers. Confetti and fireworks went off behind the stage set up at midfield.

Players then went around the field to thank the fans, who sang and waved Portugal flags.

About an hour later, several thousand people packed a plaza in Porto to celebrate with the squad. Ronaldo and other players addressed the crowd from a balcony.

UEFA's newest national team competition looked far from meaningless when it ended on Sunday in Portugal.

The tournament created to give national teams more meaningful games and reduce the number of friendlies surpassed most expectations, receiving praise by those involved and giving Portugal another trophy to add to its gallery.

"Although it's the first edition of the competition, I think it will grow very well and will end up being a competition for the entire European family," Portugal coach Fernando Santos said. "Being the first winner is something that will go down in history. It's a cause for joy for us, for the Portuguese people."

The Dutch eliminated the last two World Cup champions in the competition's group stage — France and Germany — and it got past England in the semifinals this week.

"I think it's a great tournament," Netherlands coach Ronald Koeman said. "If you back across the whole season of the Nations League, you see how happy Portugal were to win this prize, how focused we were to win this prize tonight. I think the intensity in the groups was really high and I think the idea to organize the Nations League was perfect. We're looking forward to the next one."

There was criticism a few years ago when UEFA announced it was adding yet another official competition to an already busy calendar. Clubs complained, saying it would put even more strain on players. Some coaches also didn't like it, saying it was too much soccer. Liverpool manager Jürgen Klopp called it "senseless."

But in the end the competition certainly meant a lot to Portugal, even if not as much as the European Championship the team won three year ago in France. And the title also probably would have meant a lot to the other nations that made it to the inaugural Final Four.

England had the chance of ending a drought of more than five decades without a trophy, dating to the 1966 World Cup at home, and Switzerland was just two games away from its first ever title.

"Some people were skeptical against the Nations League, especially the clubs. They didn't think this could be an interesting competition," Switzerland coach Vladimir Petkovic said. "But it's the contrary. Every single team in every single league wanted to win. We are happy to be here, and I think in the future we will see that this competition might become even more interesting."

The tournament produced some exciting games, especially in the final rounds of the group stage. Both England and the Netherlands needed dramatic late goals just to make it to the Final Four.

Perhaps the most lackluster game of the whole tournament came in the third-place match on Sunday, when England defeated Switzerland in a penalty shootout after a 0-0 draw.

Promotion and relegation between the four leagues added excitement to the competition. Europe's smallest teams finally had something to play for, as the group winners in all leagues were assured of a place in the 2020 European Championship qualifying playoffs. Among the nations which are now closer to making it to Euro 2020 are Kosovo and Georgia.

UEFA President Aleksander Ceferin said last year the Nations League was "even more successful than we thought," and the governing body recently said the competition may provide a qualifying path to the 2022 World Cup, with teams earning places in the playoffs via the new competition.

In addition to lifting the winner's trophy on Sunday, Portugal also took home the prize of 10.5 million euros ($11.9 million).

"We are very happy to be the first winners and to go down in history," Santos said.