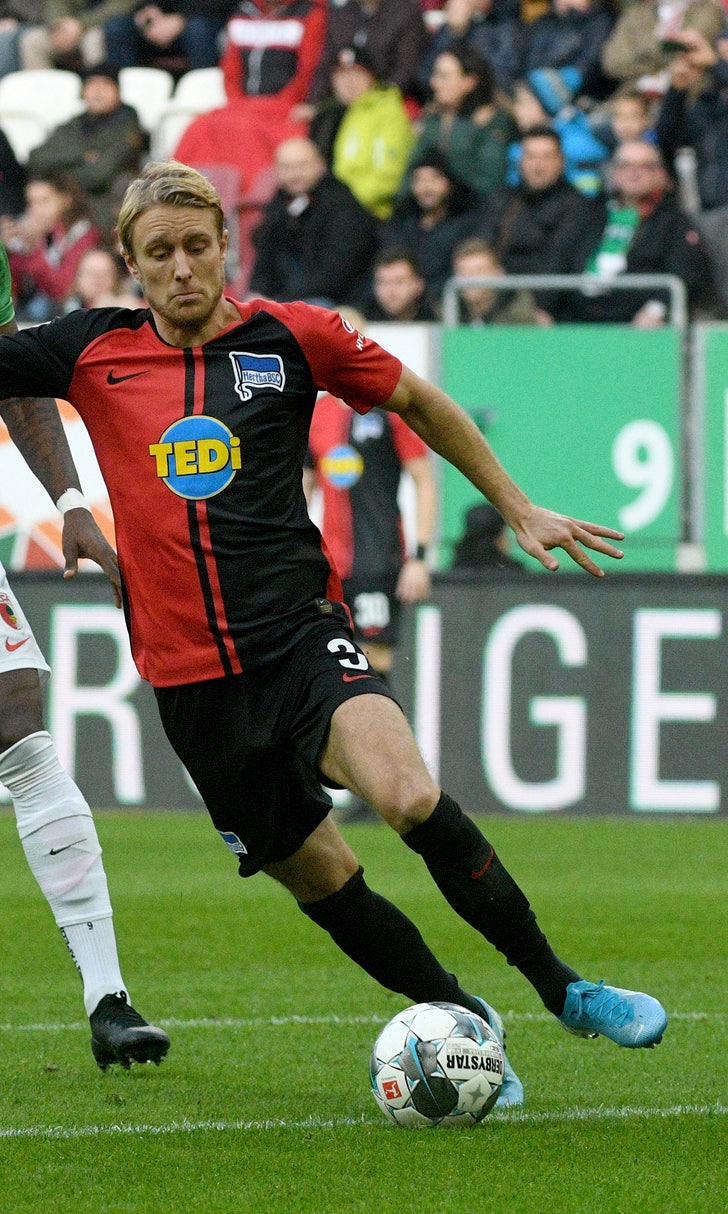 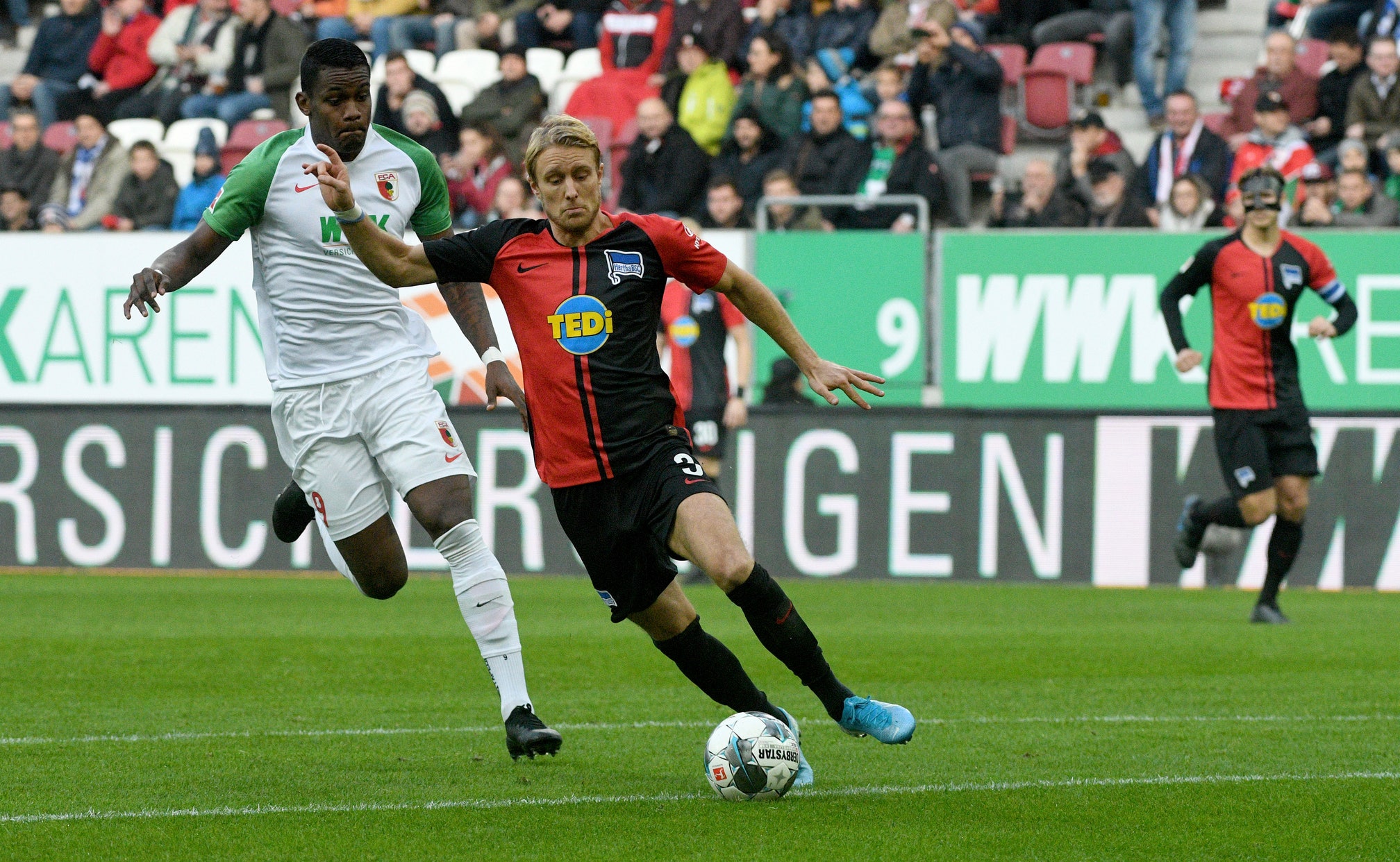 Hertha woe continues in another defeat, 4-0 at Augsburg

BERLIN (AP) — Hertha Berlin’s losing run in the Bundesliga stretched to four games on Sunday after a 4-0 defeat at Augsburg.

“To lose like this is a slap in the mouth,” Hertha’s Germany defender Niklas Stark said.

Hertha goalkeeper Rune Jarstein was sent off for a desperate lunge at Sergio Córdova in the 27th minute — an unsuccessful attempt to stop the Venezuelan from scoring Augsburg’s second goal.

“A goal and a red card, that’s something I rarely experienced,” said Hertha coach Ante Covic.

Philipp Max already grabbed the first in the 18th when his free kick evaded a host of players before nestling inside the far post.

Hertha’s 20-year-old reserve goalkeeper Dennis Smarsch came on for his Bundesliga debut but was unable to prevent Augsburg substitute André Hahn from effectively sealing the result in the 52nd.

Florian Niederlechner completed the scoring in the 79th to lift Augsburg to 12th, two points above Hertha after its second successive win.

Defeat piles the pressure on former under-23 side coach Covic in his debut season after taking over the senior team from Pál Dárdai in the summer.

“Anyone who knows me knows I’m the last to think of myself. It’s only about the club that I’ve served for 20 years,” Covic said.

Struggling Mainz beat Hoffenheim 5-1 away in Achim Beierlorzer’s successful debut as coach in the late game, its first win since beating his former side Cologne.

Beierlorzer, who was fired as Cologne coach only days before taking the Mainz job, watched as his new team claimed its fourth Bundesliga win this season despite having Ridle Baku sent off through VAR at the end of the first half.

The Mainz midfielder was initially shown a yellow card for a tackle from behind on Sebastian Rudy, but it was upgraded to red after referee Bastian Dankert checked replays of the incident.

Hertha BSC Berlin
share story
those were the latest stories
Want to see more?
View All Stories
Fox Sports™ and © 2020 Fox Media LLC and Fox Sports Interactive Media, LLC. All rights reserved. Use of this website (including any and all parts and components) constitutes your acceptance of these Terms of Use and Updated Privacy Policy. Advertising Choices. Do Not Sell my Personal Info