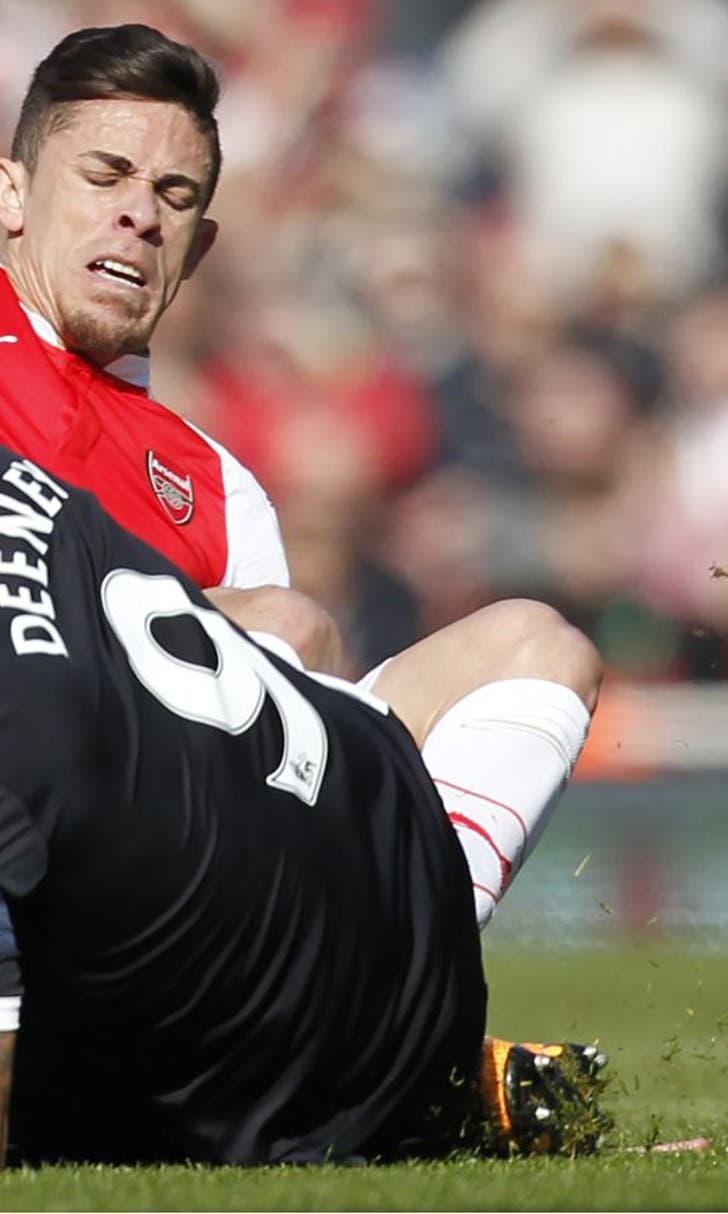 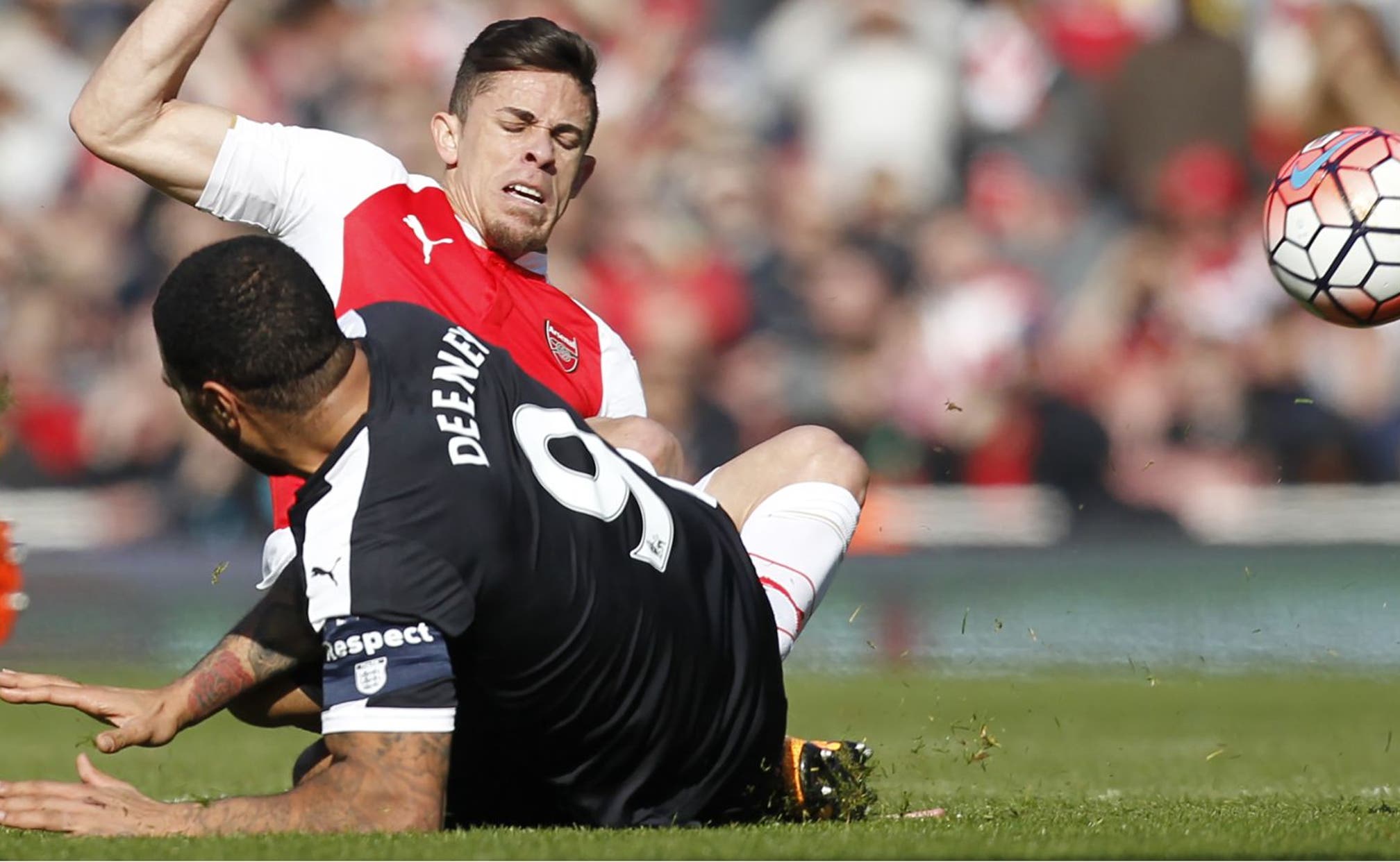 Gabriel tackle could have broken my leg, claims Watford striker 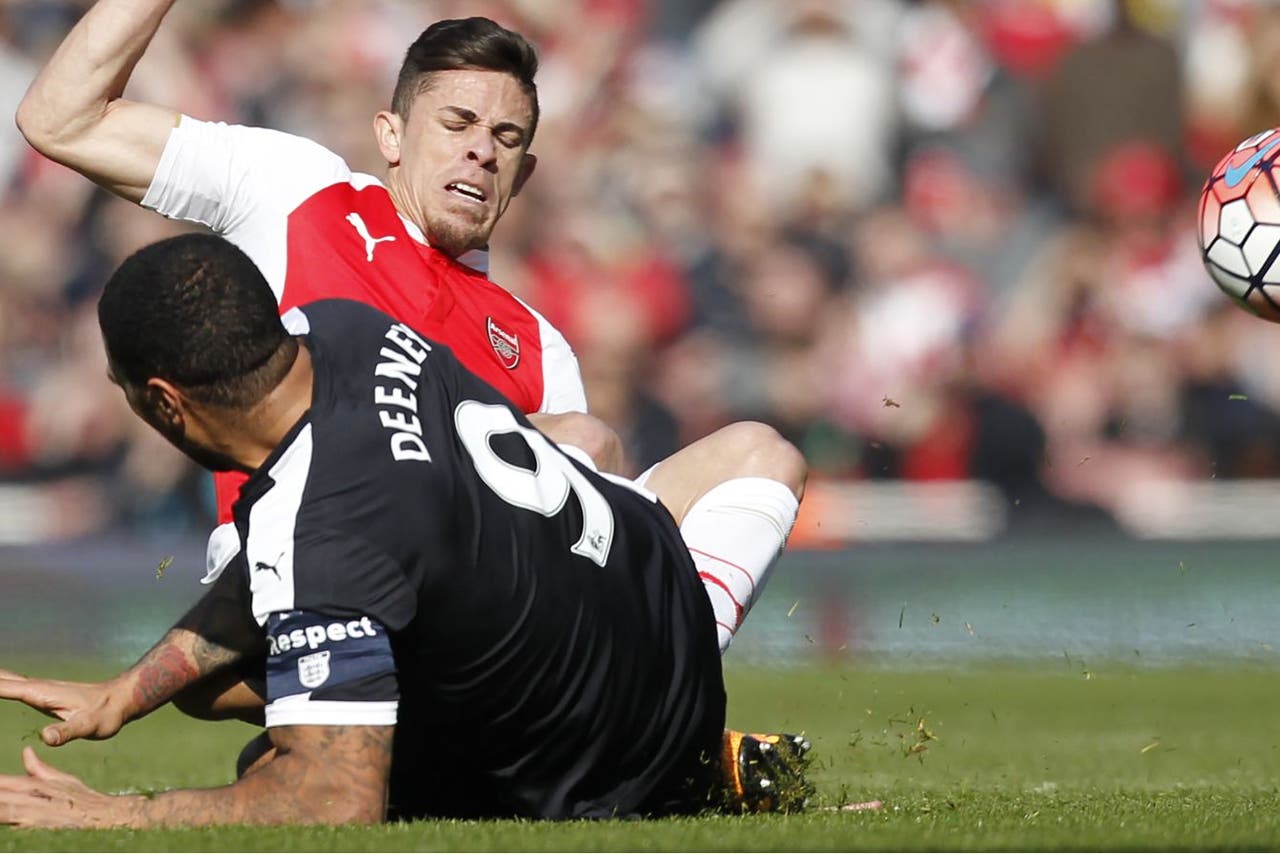 Watford captain Troy Deeney has claimed he was fortunate not to break his leg during their 2-1 FA Cup win at Arsenal.

The striker was caught by home defender Gabriel in a two-footed tackle at the Emirates before setting up both goals for Quique Sanchez Flores' team.

Referee Andre Marriner waved play on despite television replays showing there was a case for the Brazilian to be dismissed.

Deeney - a scorer of nine goals this season - said he saw the challenge coming but was still lucky to escape serious injury.

He said:  "I was unhappy with that - I could have gone through him as well and I tried my best to keep the studs down, and to the letter of the law.

"He came over the top. I don't think he was intentionally going to do me but fair play he came and apologized.

"I was just a bit frustrated at the initial moment because they are the ones that can break legs. Thankfully I am a big lad and I rode the tackle.

"We are men at the end of the day. We shake hands and carry on until the next game. Crack on."

Watford manager Flores was more concerned about a win which puts his team in the last four for the first time in nine seasons as they bid for a first final appearance since 1984.

They find out who they will face out of Everton, Crystal Palace and Manchester United or West Ham on Monday night.

Flores has been delighted by the progress Watford have made in their first season back in the top flight - but concedes that could see players leaving for bigger clubs in the summer.

On Gabriel's challenge, he said: "Was the tackle a red card? No, for me this is football. This is England, this is the kind of contact we see every weekend - it's nothing special.

"It's been amazing for Watford this season. There is a temptation to think in the last few months that Watford is going down a little bit, but this is normal.

"We don't have the capacity to be as high as we have been in our first season in the Premier League.'

"Some players want to leave and I love it because it means they want to improve and it shows they have done something important.

"They want to go to big clubs and it means we are doing things in the right way. We must accept that football is like this. It's the way it happens."