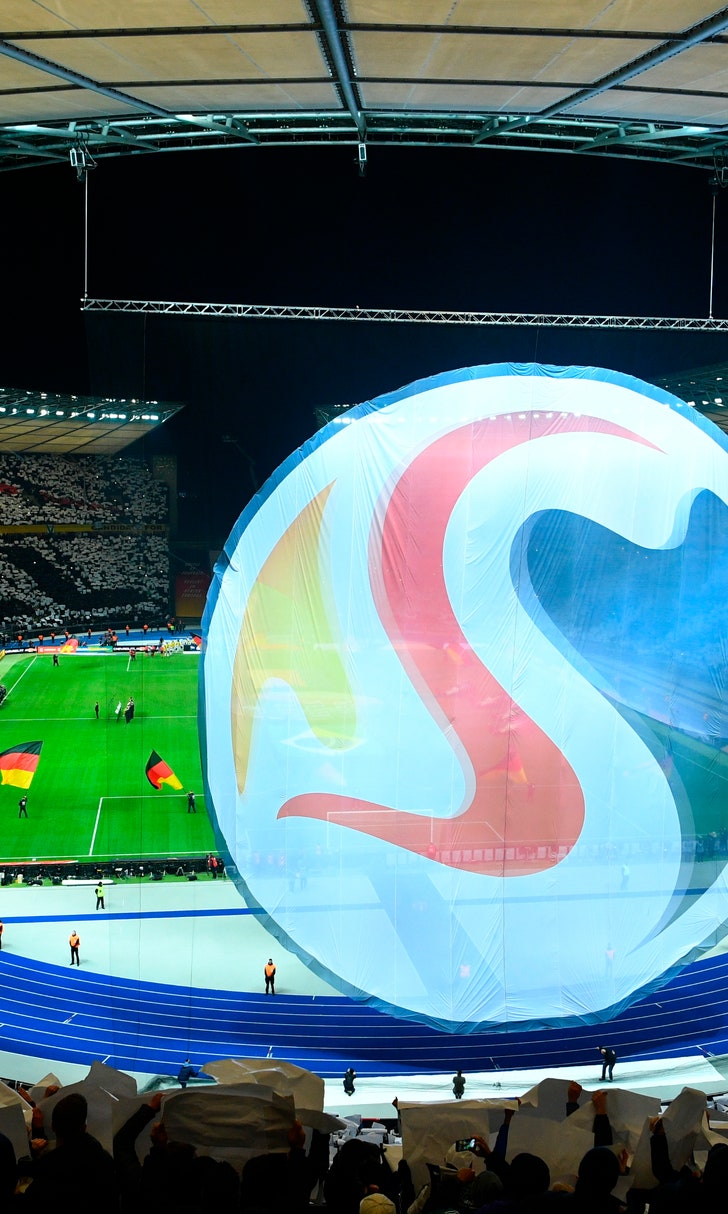 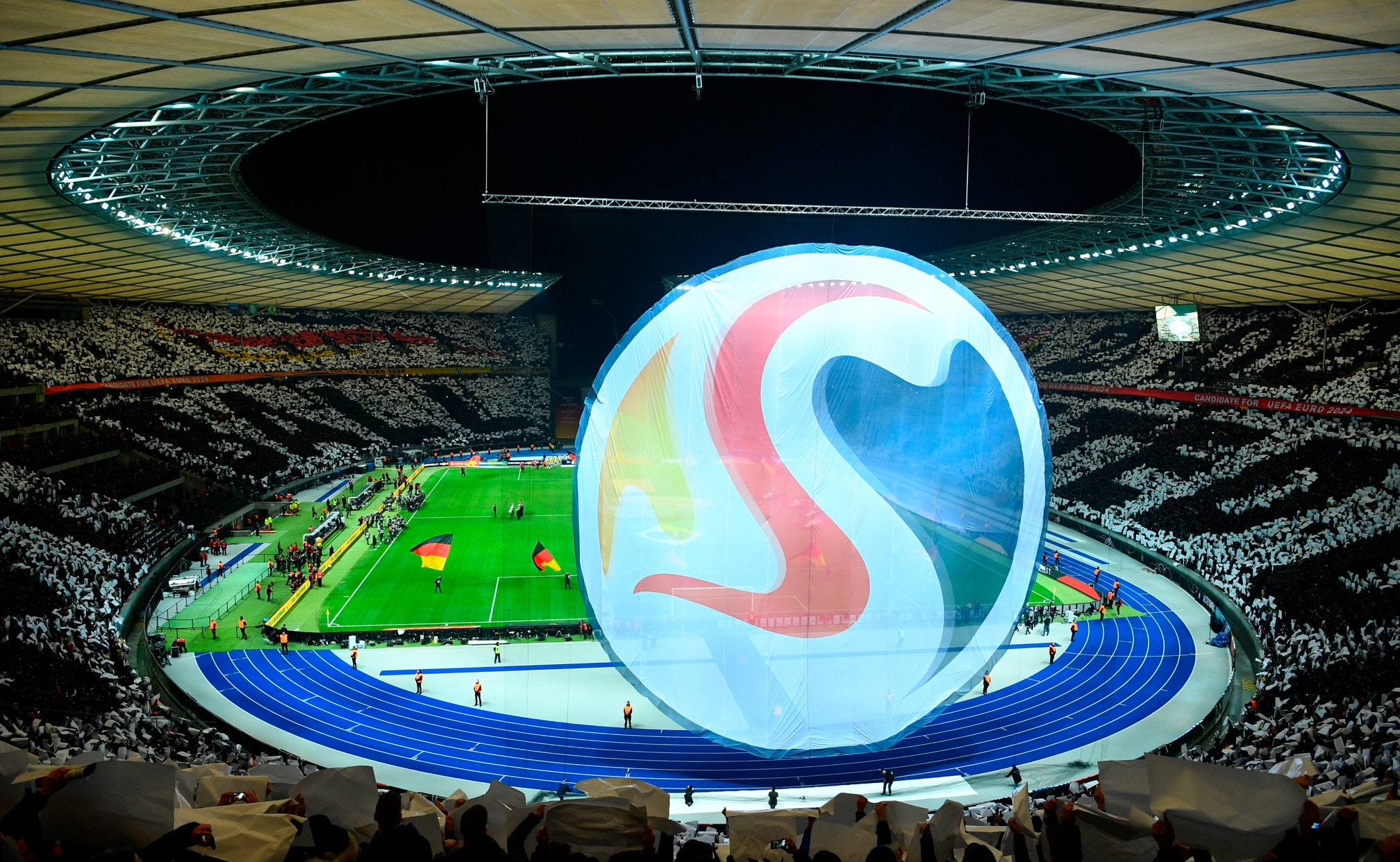 GENEVA (AP) — Germany is favored to beat Turkey in Thursday's 2024 European Championship vote after four years as front-runner in a campaign that explicitly mixed soccer and politics.

A study of the two candidates published by UEFA last week boosted Germany's case with Turkey falling short on an assessment of human rights, which is a new factor of tournament bidding.

"President Erdogan is a great football fan," Turkey's top elected official at UEFA, Servet Yardimci, told The Associated Press in an interview. "We are in this strong position because of him."

While Turkey has never hosted a major tournament, Germany staged a popular 2006 World Cup and Euro 1988 as West Germany before the Berlin Wall came down.

Germany's bid relies on those World Cup stadiums and positive memories of a fan-friendly event that was hugely profitable for FIFA.

On Thursday, it is expected that 17 UEFA executive committee members will vote in Nyon, Switzerland. Germany's Reinhard Grindel and Turkey's Yardimci cannot.

Here are some things for them to consider:

Germany says it is a stable, secure choice for UEFA and easy for fans to access in the center of Europe.

Turkey believes it finally deserves a chance and gives UEFA greater access to markets in Asia.

Germany stresses its strength on social issues, inviting comparisons with an Erdogan government which cracked down on free speech and removed many public employees from office.

"The lack of an action plan in the area of human rights is a matter of concern," UEFA said of Turkey in its evaluation report.

However, the German soccer federation and fans have troubled relations with national team players Mesut Ozil and Ilkay Gundogan, whose roots are Turkish. The issue flared after the players posed for photos with Erdogan in London in May.

Both candidates offer 10 stadiums to play the 51-game, month-long tournament.

The German venues are already in use and only Dusseldorf was not part of the 2006 World Cup.

Of Turkey's proposed venues, only Ankara is not in use after a sweeping stadium building program this decade.

However, if Turkey wins, the Ataturk Olympic Stadium in Istanbul would be rebuilt with an 85,000 capacity after it hosts the 2020 Champions League final.

UEFA's decision to award Istanbul the showpiece club game was seen by some as compensating Turkey ahead of a Germany win for Euro 2024.

HOW WE GOT HERE

This contest has its roots in how Euro 2020 hosting played out.

Turkey was expected to finally win after its single-vote loss to host Euro 2016. That victory went to France, supported by then-UEFA president Michel Platini.

With Platini backing Turkey next, and no other serious candidates, a likely win became complicated. Erdogan's government insisted on pursuing Istanbul's 2020 Olympics bid.

UEFA wanted certainty and decided instead on staging Euro 2020 in multiple countries. Istanbul then lost the Olympic vote.

In September 2014, Germany finalized a support deal with England. It ensured London hosts the final stages of Euro 2020 and cleared a path for Germany to get 2024.

"The economical side is absolutely crucial," UEFA President Aleksander Ceferin said in an interview with German broadcaster ZDF.

Germany has almost 300,000 more tickets to sell, and promises "sizeable and reliable revenues" for UEFA.

UEFA's evaluation says Germany has a net capacity of 2.78 million seats and Turkey has 2.49 million.

Three of Turkey's stadiums would hold fewer than 35,000 for games. Each German stadium has at least 46,000.

Turkey scores over Germany with all stadiums given rent-free to UEFA by their owner, the Ministry of Sports. UEFA's evaluation notes a "fair cost" of renting German stadiums.

A currency crisis in Turkey has seen the lira lose almost half its value against UEFA's working currency, the euro, in the past year.

Turkey goes with "Share Together." Germany's "United by Football — United in the Heart of Europe" has been mocked by fans who view the federation as too commercial.