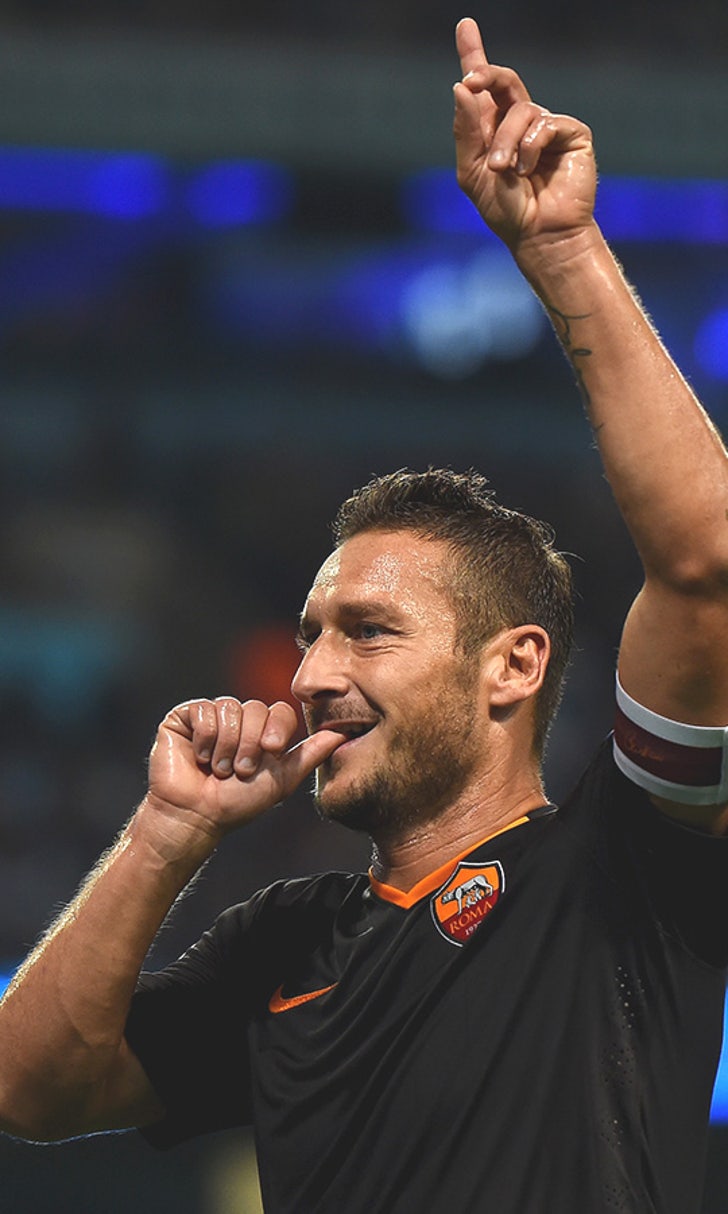 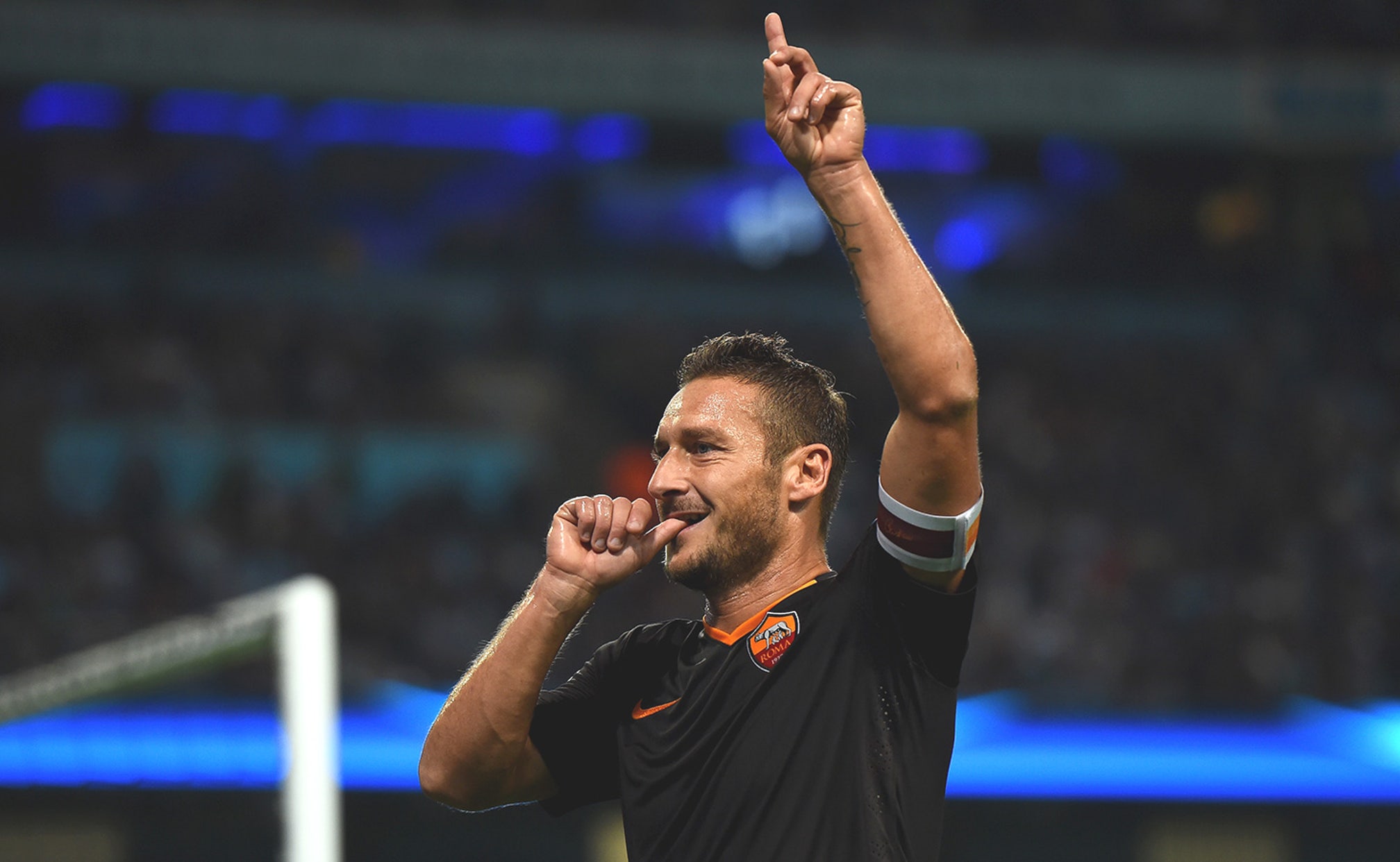 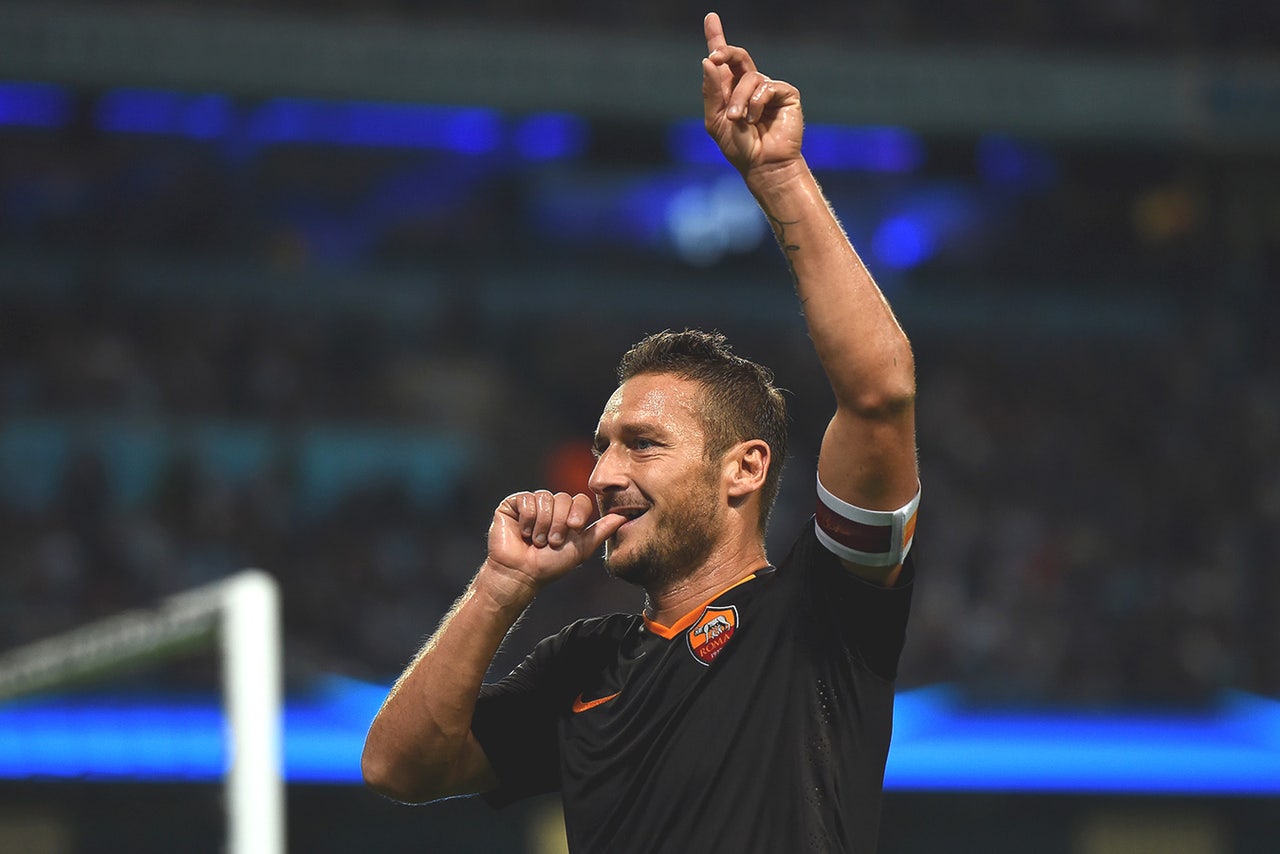 The 38-year-old forward was reminded through City's official twitter account hours before his team's Champions League encounter at the Etihad Stadium that he had never scored in England.

So Totti made sure to put things right when he cancelled out Sergio Aguero's opener to earn Roma a 1-1 draw.

"City's tweet? It really brought me luck," Totti told the Gazzetta dello Sport. "It was a beautiful goal and a good performance.

"I really wanted to score as soon as possible as I had not found the back of the net this season.

"But above all, I am thrilled for my team because we have shown a lot of strength, which was not easy."

The goal saw the former Italy international surpass Ryan Giggs to become the oldest player to score in the Champions League.

"It really wasn't something I was thinking of when I was on the pitch," Totti said. "Records arrive thanks to the help of your team-mates and what really matters is the result of the team.

"My main focus is on the team and not on myself."

We're looking forward to hosting you @OfficialASRoma, and a legendary player such as Totti. He's never scored in England, has he? #CityvRoma

The outcome in England allowed Rudi Garcia's Roma to remain unbeaten and move to second in Group E after two games.

"After the group was drawn, few people gave us any hope of doing well," Totti said. "But we have proved that we can play against any team.

"We have shown we are strong and competitive and we fear no one."

Totti nevertheless believes there is still a long way to go and that the group is wide open.

"Nothing has changed," he said. "Our aim is to progress to the next round and we know it's not going to be easy because City and Bayern Munich are very strong."

The Italians host Bayern on October 21.