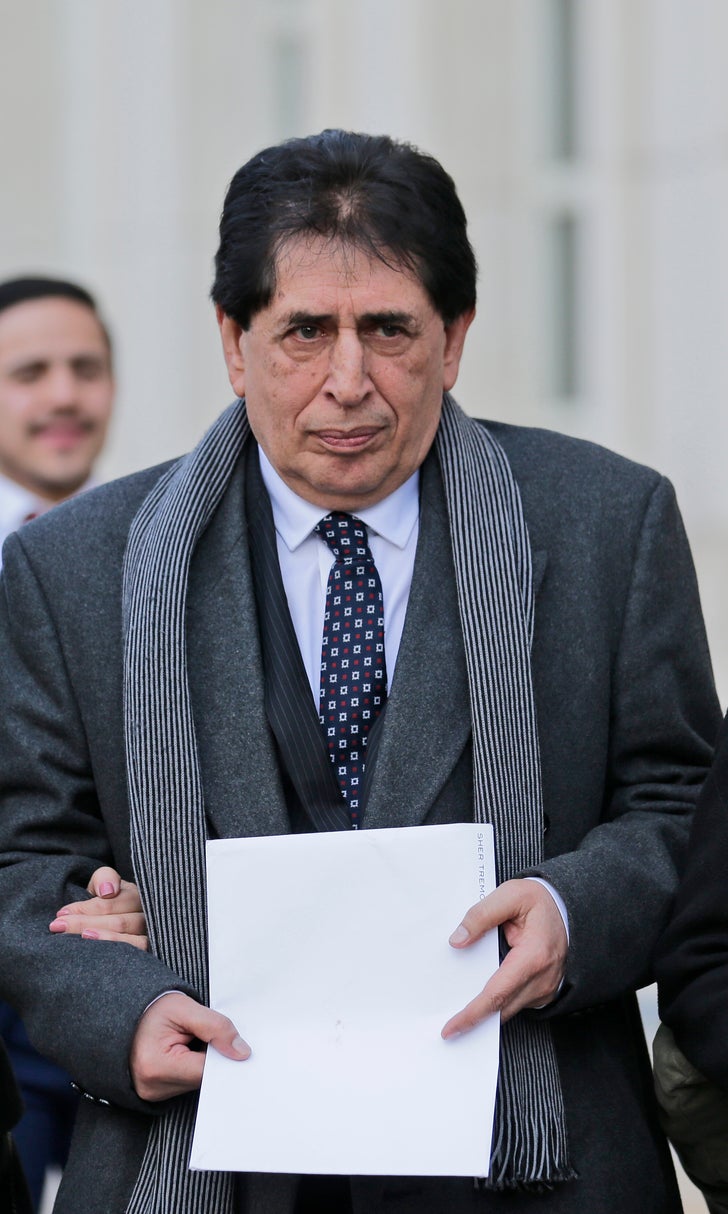 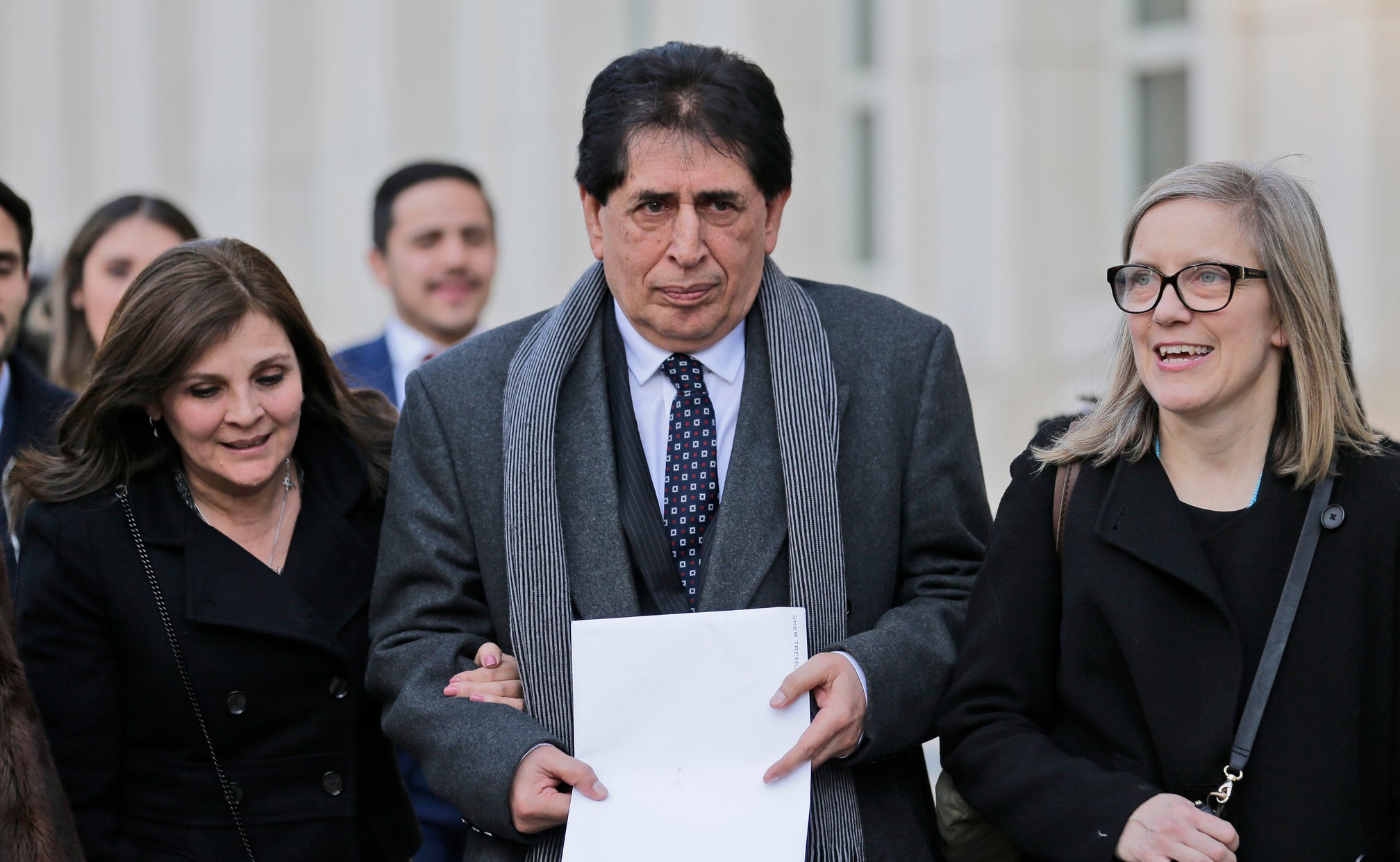 NEW YORK (AP) — Brayan Jimenez, a former head of Guatemalan soccer's governing body, was sentenced Tuesday to time served and ordered to forfeit $350,000 after pleading guilty for his role in the FIFA corruption scandal uncovered by U.S. prosecutors.

Judge Pamela K. Chen issued the sentence during a 70-minute hearing in U.S. District Court in Brooklyn. Jimenez faced up to 40 years in prison for racketeering conspiracy and wire fraud conspiracy, and while Chen explained federal guidelines called for a sentence of 41 to 51 months, she concluded Jimenez's cooperation and remorse mitigated the situation.

Jimenez was arrested in Guatemala on Jan. 12, 2016, extradited to the U.S. and released March 2 on $1.5 million bond. He lived in the New York/New Jersey area under home detention until that Aug. 1, when a court-ordered curfew began and remained in place through sentencing. He was given permission that Sept. 30 to move to southern Florida.

Jimenez is now subject to two years of supervised release. The sentence included a lifetime ban from holding any position in professional soccer — he previously was banned by FIFA.

His lawyer, Justine A. Harris, said Jimenez intends to leave the United States and return to Guatemala within 30 days. He already has paid $100,000 and will pay 10 percent of his monthly income after resuming his dental practice to cover the remainder. The $350,000 matches about what Jimenez received in bribes, assistant U.S. attorney M. Kristin Mace said.

Jimenez was president of the National Football Federation of Guatemala from December 2009 until May 2015.

"There are no excuse and no justification for my actions," he told the court, his words translated from Spanish. "My actions have brought shame to the world of football."

Jimenez said that at the time of the crime, he had been a longtime alcoholic. He said he had been attending Alcoholics Anonymous meetings in Miami, undergoing counseling and had been sober for 1,118 days.

"Every day I've had to fight in order to not fall off a cliff," he said.

His wife and three children watched from the front row, and a woman in his family delegation broke into tears and made the sign of a cross when Chen read the sentence.

Jimenez dabbed his eyes with a tissue and blew his nose while reading his statement.

"In accepting these payments, I violated my moral principles, my honesty and my honor," he said. "I've been tormented by this great mistake I made."

He was charged in November 2015 as part of the second wave of indictments in the Justice Department's investigation into soccer corruption. He pleaded guilty in July 2016 to one count of racketeering conspiracy and one count of wire fraud conspiracy. Each count carried a possible sentence of 20 years to be served either concurrently or consecutively. The other seven counts against him were dismissed Wednesday.

Jimenez's sentence showed the benefit of cooperation with prosecutors.

Juan Angel Napout, a former president of Paraguay's federation and the South American governing body CONMEBOL, was sentenced to nine years in prison last summer after being found guilty at trial. Jose Maria Marin, a former president of Brazil's soccer federation, also was found guilty and was sentenced to four years in prison, ordered to forfeit $3.3 million and pay a $1.2 million fine.

Hector Trujillo, the former secretary of Guatemala's federation, pleaded guilty and received an eight-month prison term in 2017 in the first sentence in the case.

Chen said there was a "rampant nature of bribery and corruption in FIFA" and its constituents.

Jimenez said he arranged to obtain bribes worth hundreds of thousands of dollars for himself and another federation official during negotiations with the Miami-based company Media World, later known as Imagina US. He said the money was wired from Media World in the U.S. to other people's accounts in Guatemala, and his share was then distributed to him. Jimenez said the payments were in exchange for media rights for Guatemala's home World Cup qualifiers in 2018 and '22, and for giving two individuals the right to organize exhibition games involving Guatemala's national team.

"This is a very serious crime or crimes," Chen said, noting Jimenez had taken an extra $200,000 bribe that he kept secret from his co-conspirators.

Jimenez, a member of the FIFA committee for fair play and social responsibility, was banned from soccer for life in April 2017 after the adjudicatory chamber of FIFA's ethics committee said he violated the FIFA code of ethics' articles on general rules of conduct; loyalty; duty of disclosure, cooperation and reporting; conflicts of interest; and bribery and corruption.

Imagina US, majority owned by the Spanish company Imagina Media Audiovisual, pleaded guilty on July 18 to two counts of wire fraud conspiracy in connection with the participation by two of its executives in more than $6.5 million in bribes to officials of the Caribbean Football Union and four Central American national federations. Imagina US agreed to forfeit $5,279,000 in proceeds, of which $790,000 was restitution to Guatemala's federation. In addition, Imagina Media agreed to pay a fine of $12,883,320 on behalf of Imagina US as part of a non-prosecution agreement.

Brazil
share story
those were the latest stories
Want to see more?
View All Stories
Fox Sports™ and © 2021 Fox Media LLC and Fox Sports Interactive Media, LLC. All rights reserved. Use of this website (including any and all parts and components) constitutes your acceptance of these Terms of Use and Updated Privacy Policy. Advertising Choices. Do Not Sell my Personal Info