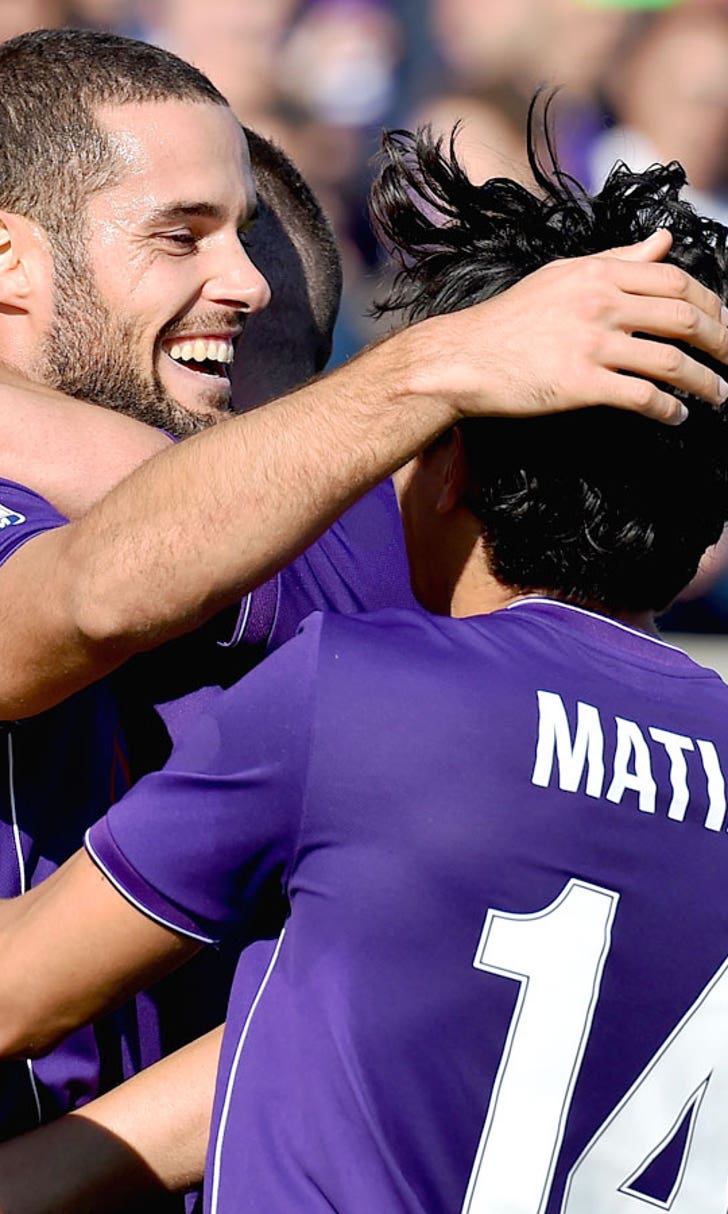 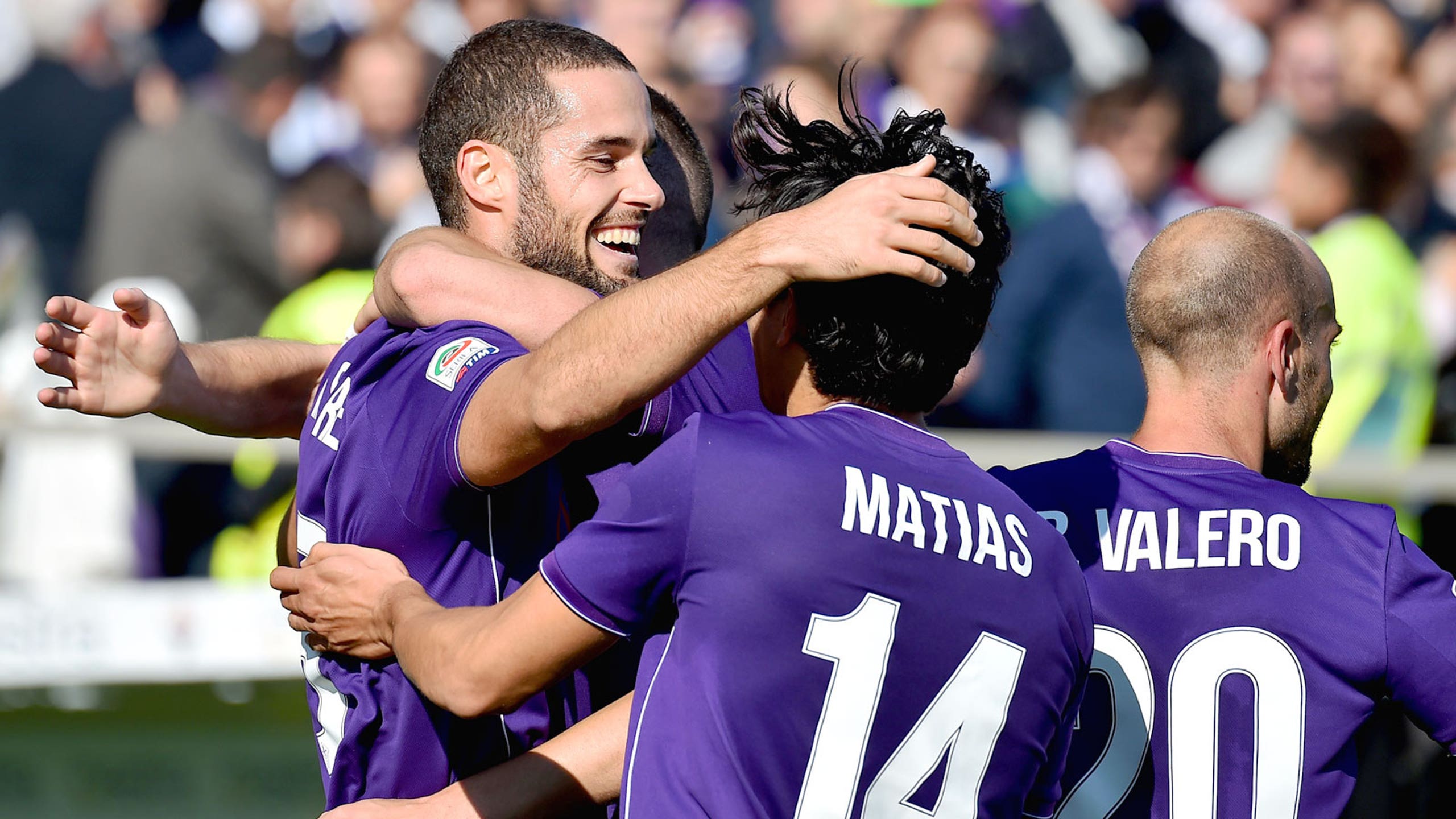 Fiorentina beats Frosinone to return to top of Serie A table 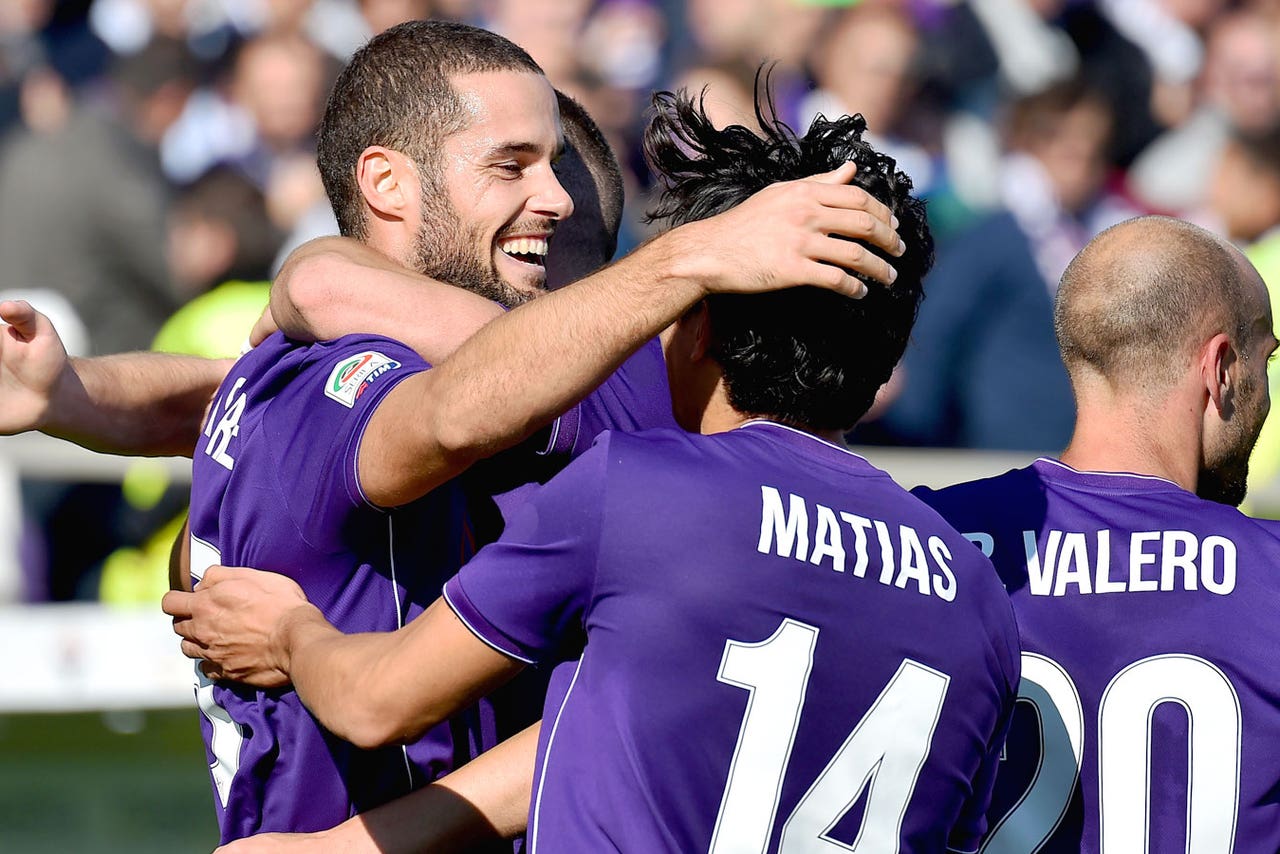 Fiorentina returned to the top of Serie A with a convincing 4-1 win over promoted Frosinone on Sunday.

With Italian Premier and Fiorentina supporter Matteo Renzi cheering the team on, the hosts opened up a 4-0 lead by halftime with goals from Ante Rebic, Gonzalo Rodriguez, Khouma Babacar and Mario Suarez.

Fiorentina also hit the goalframe twice before Alessandro Frara pulled one back for Frosinone three minutes from the end.

Fiorentina is level on points with Inter Milan but holds the edge on goal difference. The Tuscan squad has won eight of 11 matches under first-year coach Paulo Sousa and has taken two straight after losing to Napoli and Roma the past two weekends.

Napoli could make it a three-way tie at the top with a win at Genoa later.

Inter edged Roma 1-0 on Saturday, leaving the Giallorossi one point behind.

Fiorentina rested its top scorer Nikola Kalinic, and Giuseppe Rossi only came on for the last half hour.

The Viola took the lead midway through the first half when a cross from Rebic confused Frosinone goalkeeper Massimo Zappino, hitting the corner of the goalframe and going in.

Rebic hit the woodwork again a minute later and then Rodriguez took advantage of poor defending to redirect in a free kick.

On the half-hour mark, Fernandez was taken down by Modibo Diakite to earn a penalty that Babacar converted with a soft shot.

A minute before the half ended, Suarez stripped Diakite of the ball and dribbled into the other end before beating Zappini with a low shot.

Barcelona product Joan Verdu replaced Babacar at halftime and hit the crossbar in the 83rd.

Frara took advantage of a defensive lapse to beat Fiorentina's third-choice goalkeeper Luca Lezzerini, who came on midway through the second half.