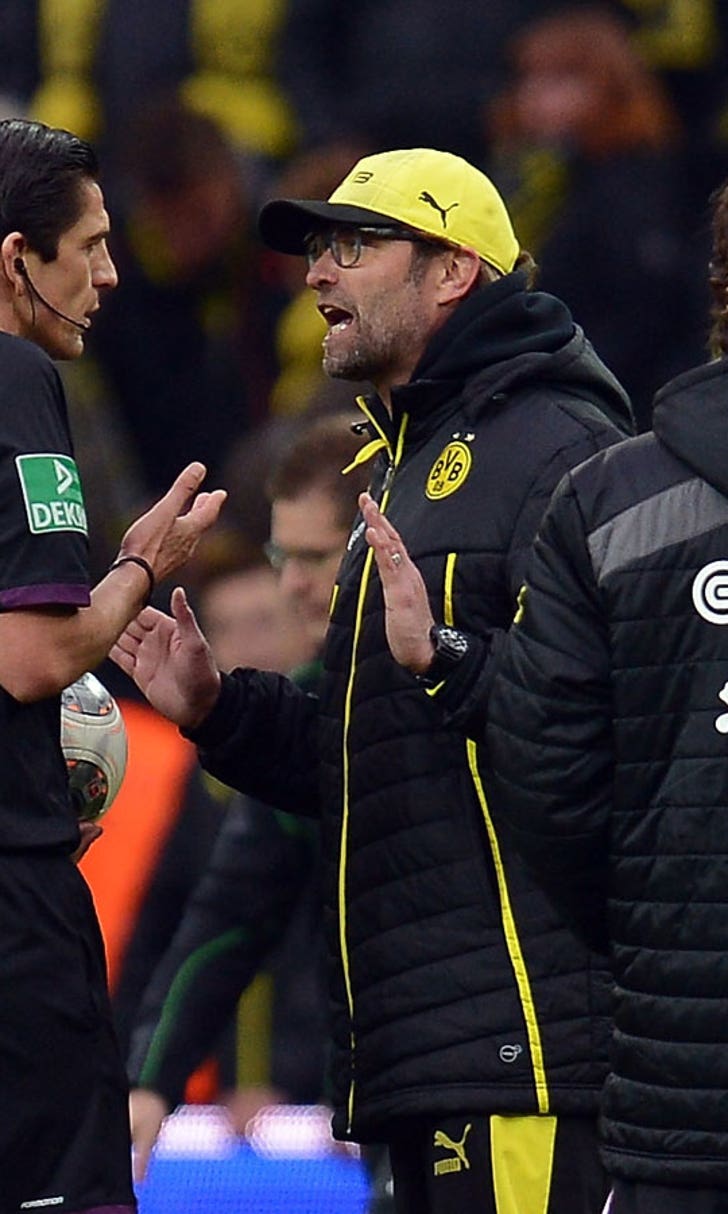 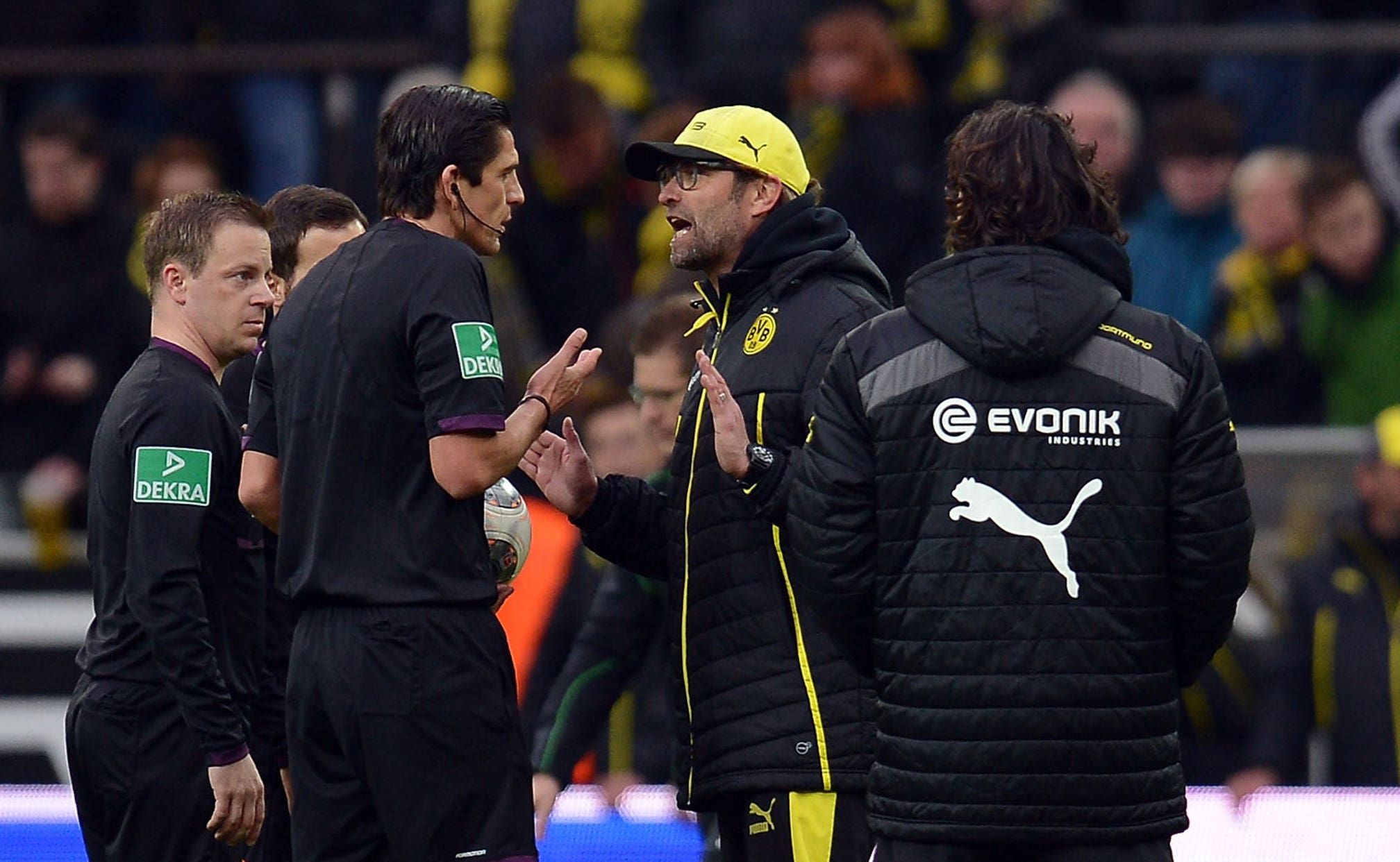 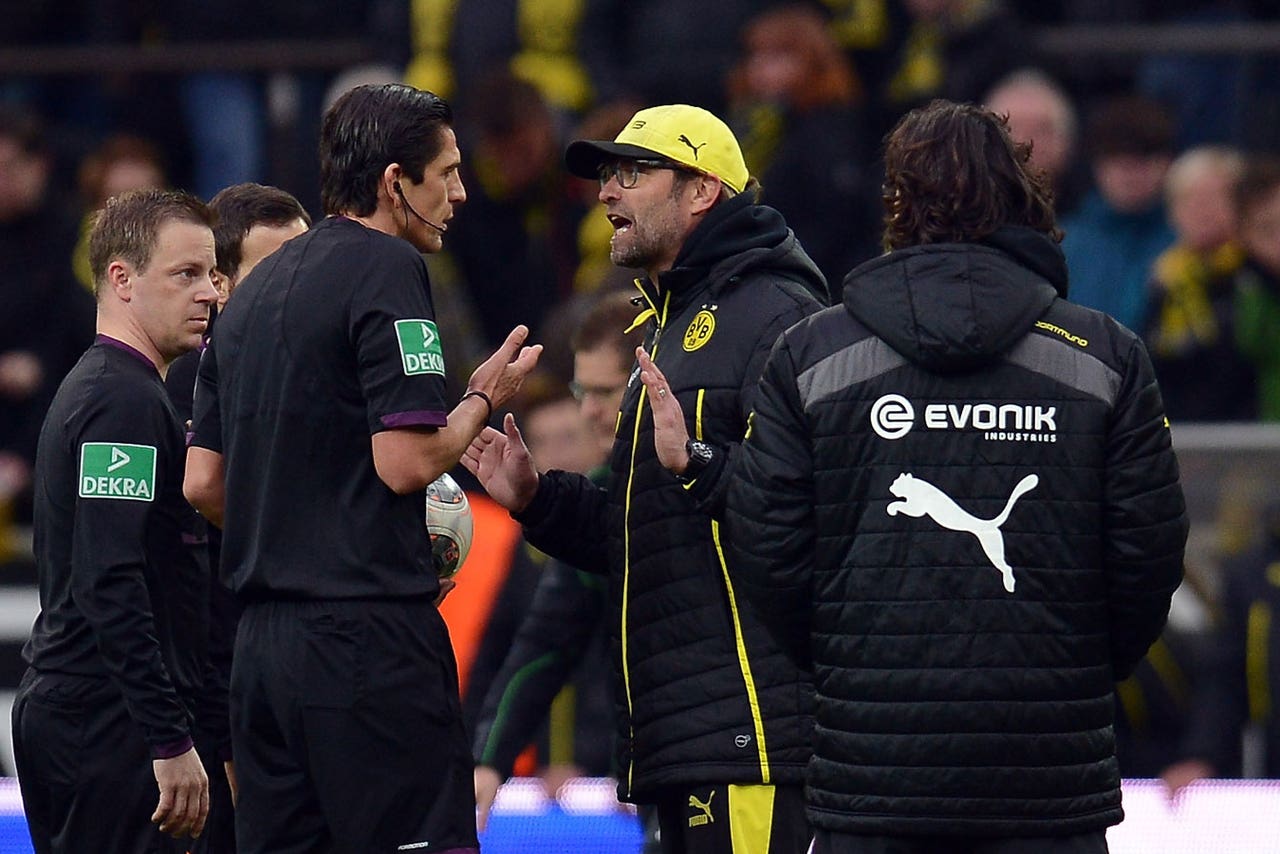 Borussia Dortmund coach Jurgen Klopp has avoided a touchline ban but been handed a 10,000 euro fine for misconduct during his side's 2-1 defeat to Borussia Monchengladbach at the weekend.

The German was sent to the stands for the eighth dismissal of his coaching career after getting overly-agitated on the touchline.

He has avoided a ban this time, but must instead pay a fine and accept a warning for his future conduct.

The 46-year-old was banned for three Champions League matches this season after an angry confrontation with the fourth official during his side's opening group game 2-1 defeat at Napoli.

Klopp pleaded his innocence on Saturday, but has subsequently accepted his fine.

He will be on the bench as usual when Dortmund host Zenit St Petersburg in the Champions League on Wednesday night.