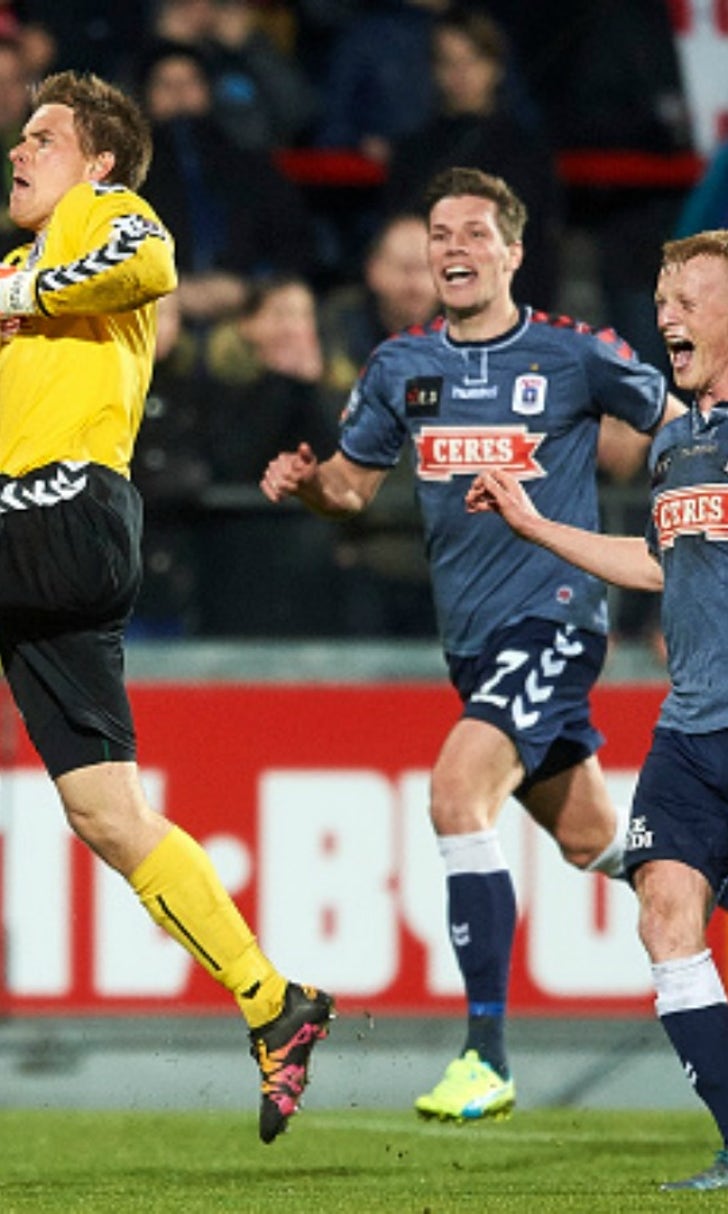 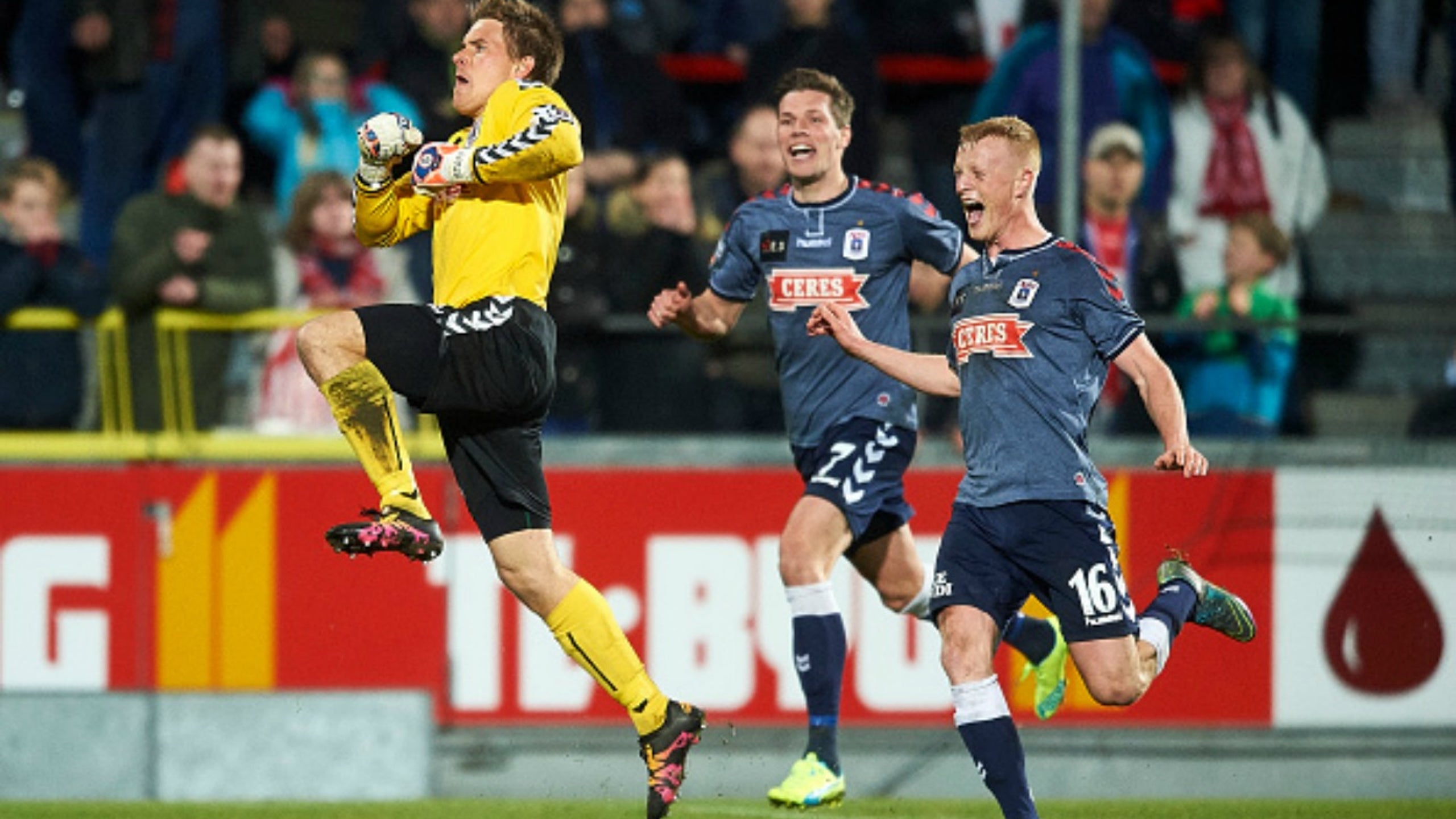 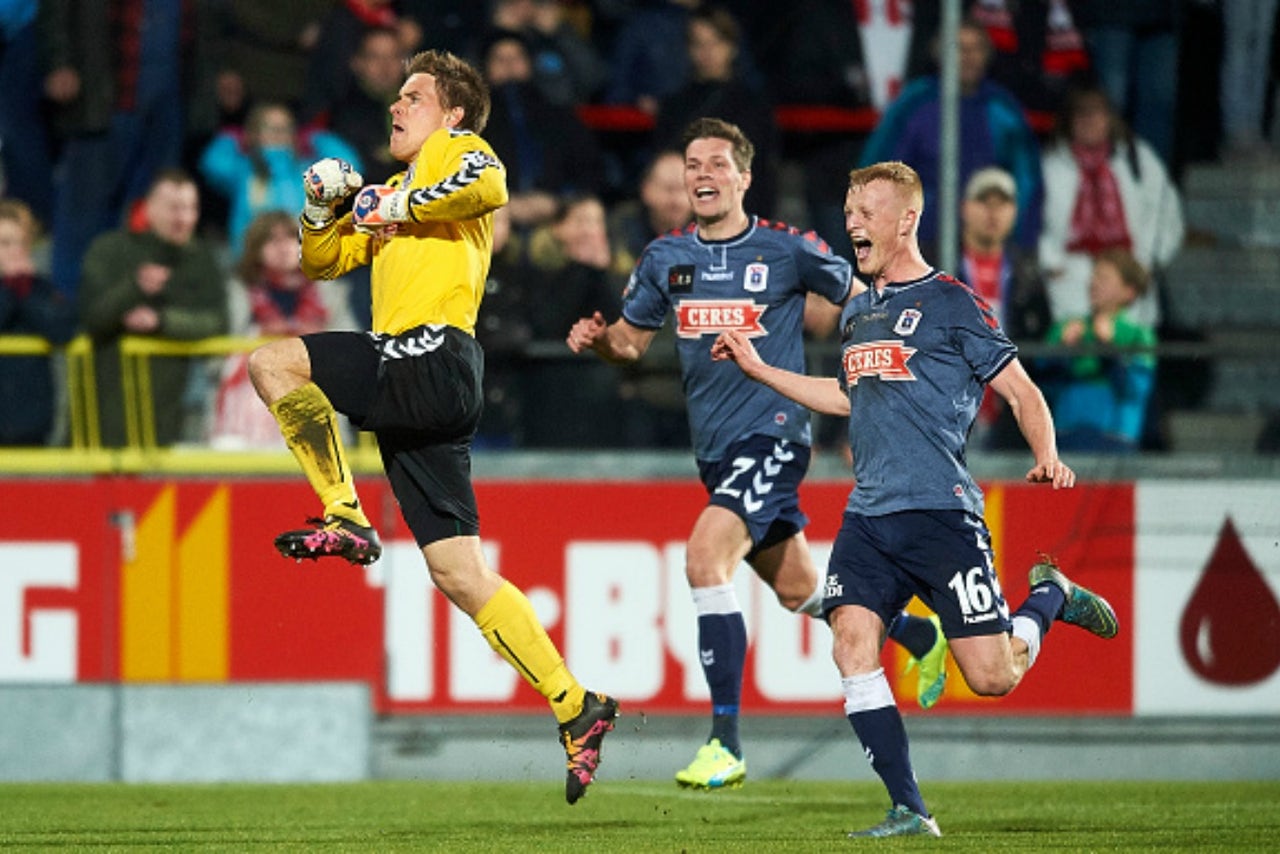 It's a rare phenomenon in our wonderful world of football, but when it comes to light, a goalkeeper goal is truly something to savor.

For Steffen Rasmussen, his shining moment transpired in the most dramatic of circumstances at the weekend.

In the dying moments of AGF Aarhus' Danish Superliga clash with AaB Aalborg, the former found themselves behind, 2-1, courtesy of an own goal from Jens Jonsson in the 93rd minute. But boy did the Rasmussen come up trumps.

A minute later, the 33-year-old, who's racked up over 400 appearances for Aarhus(!), turned up at the attacking end and headed home the equalizer to salvage a 2-2 draw.

Now that is how you put your stamp on a game!