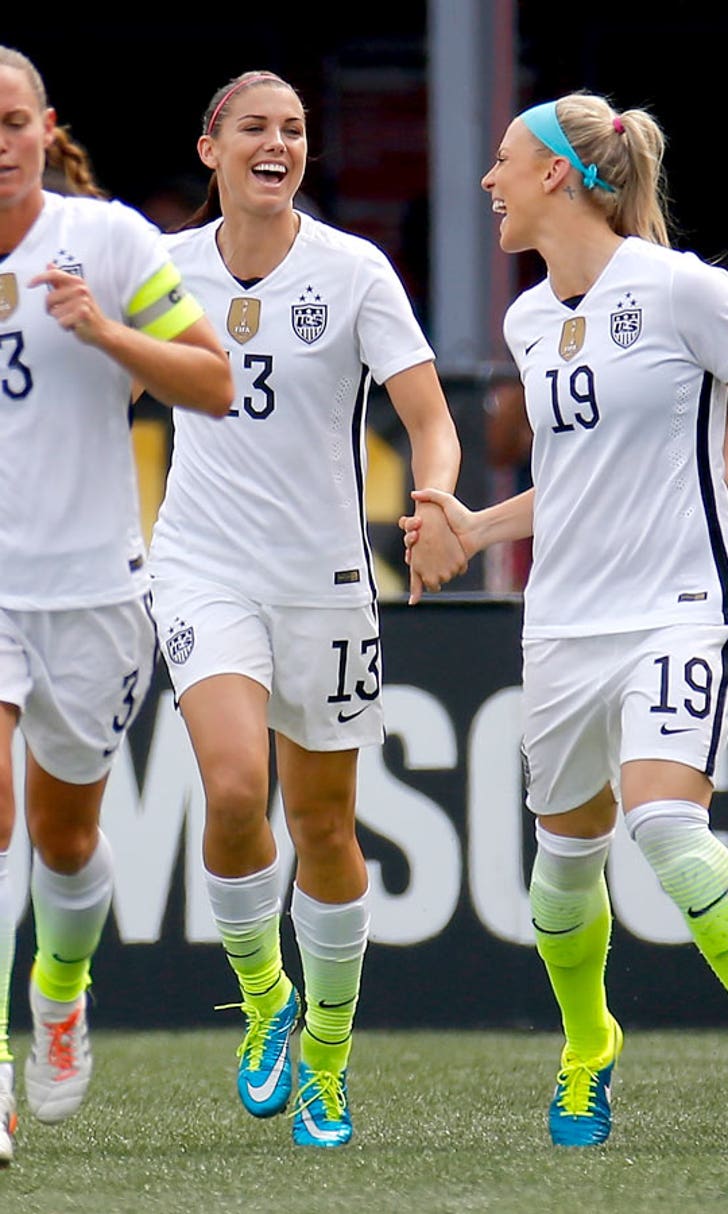 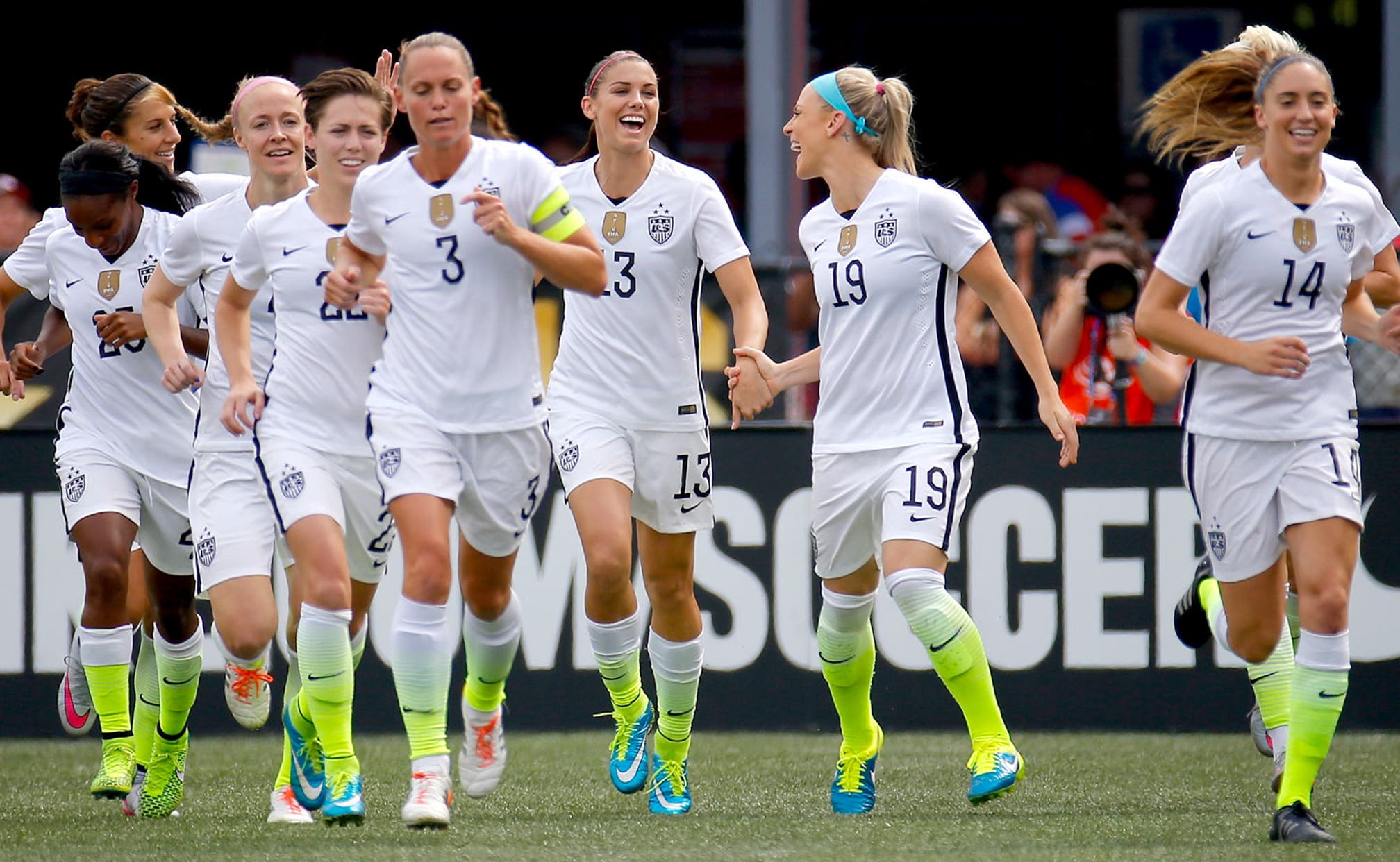 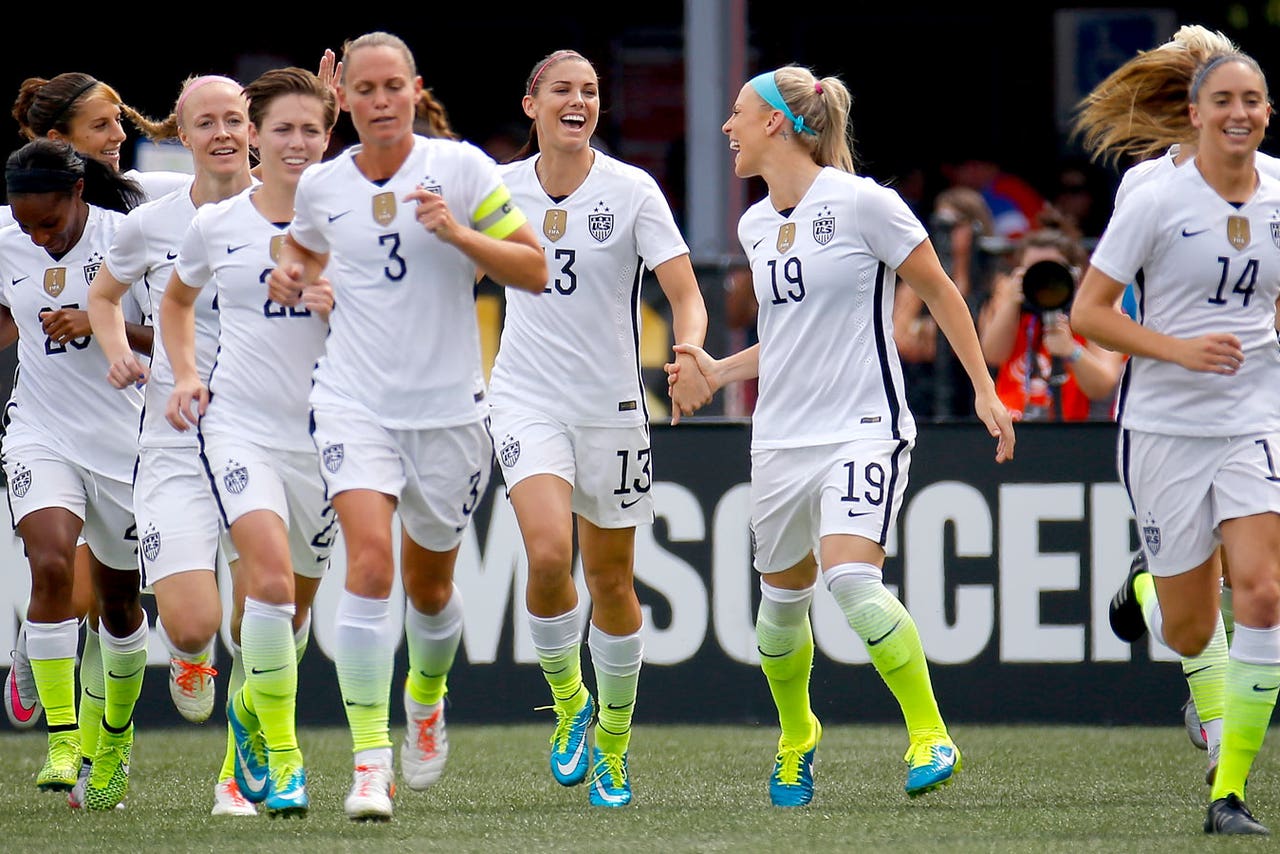 BIRMINGHAM, ALABAMA -- Another day, another hat trick for Carli Lloyd. The offensive star of the 2015 Women's World Cup and the new heart of the U.S. attack turned in her fifth career three-goal game en route to the U.S. women's national team's 8-0 gambol over Haiti.

It was another fine day of soccer for the U.S. women and their fans here in the South. Attendance at Legion Field topped out at 35,753 for what was the fourth game of the 10-game Victory Tour that will lead this vaunted U.S. side all across America.

After center back Julie Johnston got the U.S. on the board 53 seconds into the match, it was all Lloyd. The New Jersey native popped in a penalty kick and connected on two other goals in the first half before being subbed for by Amy Rodriguez to start the second half.

The U.S. raced to a 3-0 lead within the opening 17 minutes, an effort bolstered by Crystal Dunn, who got her second start since being called up to the national team for Thursday's 5-0 win over Haiti in Detroit.

Midfielder Megan Rapinoe, headed to the National Women's Soccer League championship game with Seattle on Oct. 1 against Kansas City, had two assists before being subbed out for Ali Krieger in the second half.

Striker Alex Morgan played the entire game, and continued to make good runs at the goal but had a tough time finishing -- until the 85th minute when she knocked in the U.S. women's 7th goal. Morgan finished the day with 7 shots, many of them with a good look at the goal, but only 3 of those were direct.

Haiti, which was brought in to face the U.S. for this latest pair of Victory Tour friendlies, replaced Australia. The No. 9-ranked team in the world, Australia is striking for better pay. The lack of a competitive matchup took an edge of this back-to-back matches, however, the fans in Detroit and Birmingham stocked the stands and, for the U.S. team, the youthful Haitian squad allowed U.S. coach Jill Ellis to have some fun.

Why just celebrate winning the 2015 Women's World Cup when you can also experiment? With the U.S. looking toward qualifying in February for the 2016 Olympics, Ellis has some roster decisions to make, since the number for Rio will be 18 and not 23 as it was for the Women's World Cup in Canada.

After moving Becky Sauerbrunn to midfield in the second half against Haiti in Detroit, Ellis started Sauerbrunn at midfield at Legion Field. The idea is to test out the U.S. formations, even if it means pushing the world's best female defender to a spot that will soon be vacated by the impending retirement of Lauren Holiday.

Can Ellis really afford to upset a back line that Sauerbrunn has so steadfastly turned into the best in the business?

"Why not?" Ellis said with a grin about the Sauerbrunn experiment.

"I wanted to see her in there. I know she can play there. She's a very competent player. Part of the process going forward is to see who in the group can play multiple positions,'' Ellis said.

"Obviously it's a big decision to have to make after we just gelled the back line and solidified. We have a pretty low goals-against percentage. That's kind of the fun part about moving forward. We have a couple of players stepping away and a slightly smaller roster to work with. It's not like you have to start all over again because you certainly have a great base but you have to explore options.''

Sauerbrunn played the first half at midfield, while 40-year-old veteran Christie Rampone played the entire game in her old center back spot alongside youngster Julie Johnston. With Rampone's stated intent to try and make the Olympic squad, the back line could see a slight makeover.

Krieger, who played the flank during the Women's World Cup, has been playing midfield for the Washington Spirit of the NWSL this season. Holiday's retirement and Lloyd's push to the attacking role creates potential new roles all around, especially with Dunn's emergence as a solid national team candidate going forward.

Meanwhile, as Ellis found ways to mix up positions, the U.S. women had a field day peppering overmatched Haiti with a bevy of goals. Heather O'Reilly and Amy Rodriguez also contributed the goal-fest.

Haiti
share story
those were the latest stories
Want to see more?
View All Stories
Fox Sports™ and © 2020 Fox Media LLC and Fox Sports Interactive Media, LLC. All rights reserved. Use of this website (including any and all parts and components) constitutes your acceptance of these Terms of Use and Updated Privacy Policy. Advertising Choices. Do Not Sell my Personal Info