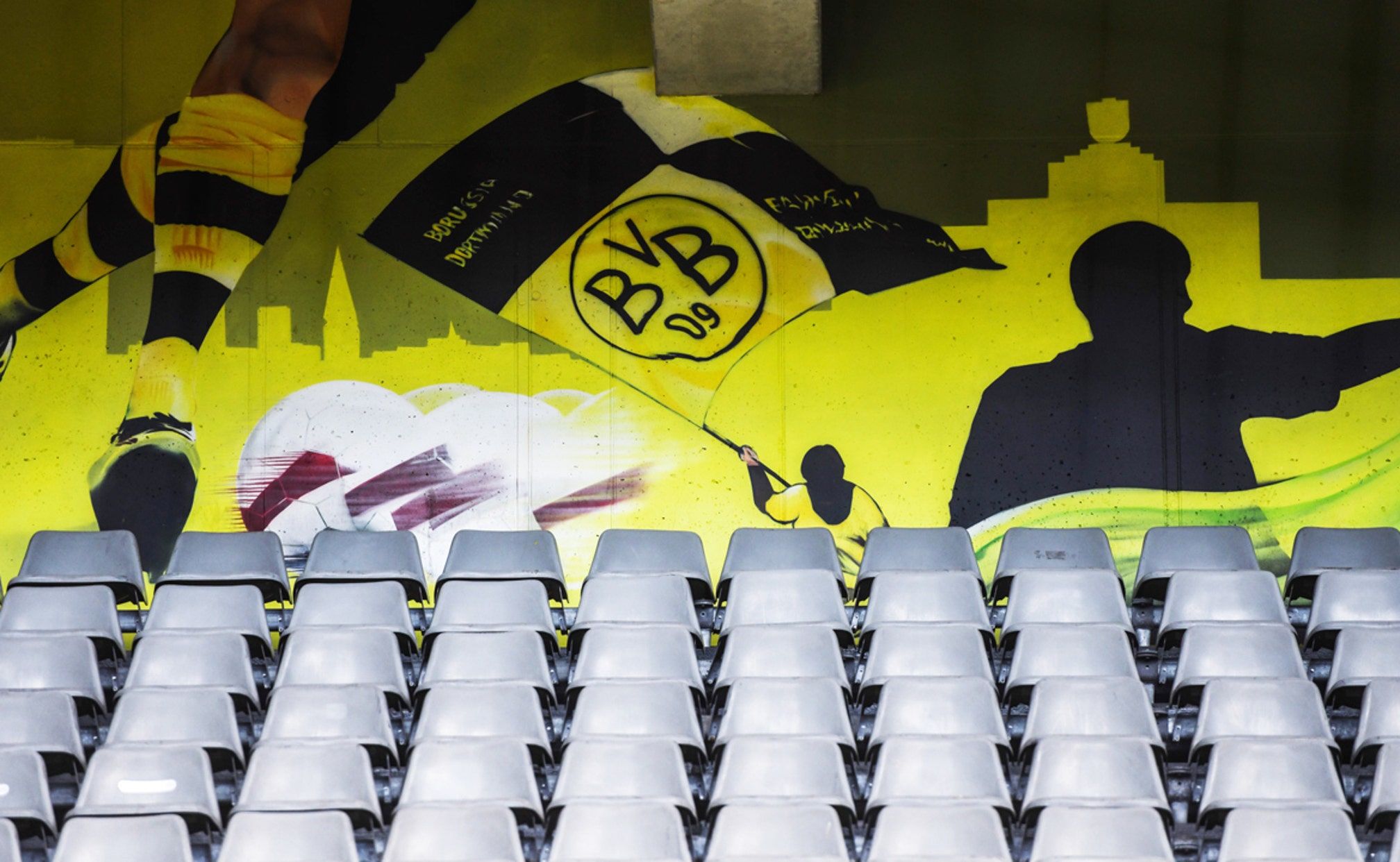 Big time soccer is back this weekend, which, given the global nature of the world’s most popular sport, seems to be a particularly powerful pointer that things are finally heading towards a more normal sporting plane.

But while the resumption of the German Bundesliga is a major lift for fans of the beautiful game and sports in general, the complexities surrounding soccer’s revival from the overwhelming scorch of COVID-19 are extensive.

Germany is in some ways an outlier when it comes to the coronavirus and its effects, especially when compared to its European neighbors. Plenty of reasons have been given for this, hypotheses best left to the medical journals — yet whatever the reason, the country had seen “only” 7,861 related deaths as of Thursday. By way of comparison, the United Kingdom, with a smaller population, has seen more than four times that number of lives lost.

Those figures, combined with statistics showing that the German rollover transmission rate is low, were enough for Angela Merkel’s government to green light a return to play. “Matches will be allowed under the approved rules,” Merkel, Germany’s chancellor, told reporters last week.

In the English Premier League, there are headaches all round. The EPL is the central facet of a U.K. government-backed plan known as Project Restart, but there remains confusion surrounding the proposed lifting of lockdown orders.

A number of alternatives, such as central sites, rolling schedules, extended contract dates and prorated points systems have been put forward, without agreement. There has been little in the way of public explanation from the league, ongoing threats that the EPL would have to repay television rights monies if the season is not completed, and a myriad of conflicting ideas of proposed return dates.

To add an emotional wrench into the mix, Liverpool had built up a massive lead at the top of the table before the stoppage and was poised to win the title for the first time in 30 years. Cancelling the season, one lingering option, would seem to be manifestly unfair on that historic club.

In the United States, Major League Soccer is reportedly proposing getting things back underway with a tournament where each of the 26 teams would be situated in Orlando. Before the coronavirus forced a shutdown, each team had played only two games of the 2020 season. At present, some teams have been permitted to get back to training and some not, a result of differing levels of state and municipal restriction.

Italy’s Serie A and Spain’s La Liga have both given mixed signals, ranging from the ultra-optimistic to utter gloom. The first suggested date for a resumption in each country has already passed, and there is still nothing in the way of clarity.

But there is soccer in Germany — real, live, spectacular soccer, all this weekend, beginning at 9:30 a.m. ET on FS1 and FS2, with a tilt featuring Borussia Dortmund and FC Schalke 04 on the former and RB Leipzig vs. Freiburg showcased on the latter.

The Bundesliga is a great watch at any time, and of all the leagues you'd want to be coming back, it is an uplifting option. Crowd energy is one of the league's primary selling points, but even without all that, the overall quality of play is at an outstanding level that continues to move in the right direction.

And for those perhaps tuning in for the first time, particularly Americans, the league offers an easy entry point. Germany has long been a profitable and successful landing point for American talent seeking overseas opportunities, never more so than right now. Dortmund and Schalke both have standouts that, it is hoped, will form the backbone of the national team for years to come, in Giovanni Reyna and Weston McKennie respectively. Tyler Adams, formerly of the New York Red Bulls and now starring for Leipzig, is another.

Soccer experts the world over seem to know all eyes will be on the Bundesliga. As FOX Sports’ Alexi Lalas said, “There are going to be a lot of people that are going to come into the Bundesliga tent. And for those that are Bundesliga watchers and aficionados out there, you gotta make sure that it is inclusive, that you are welcoming people, that you have open arms. That you put their arm around their shoulder, social distancing notwithstanding, and you make them feel welcome.”

Of course, even in Germany, there is nervousness about how things will evolve. FC Cologne’s squad saw three positive virus cases, while second tier Dynamo Dresden placed its entire roster into quarantine after two positive tests.

The most appealing game of this weekend’s round is that aforementioned local derby between Dortmund and Schalke, but it is also the greatest cause for nervousness. Given the awe-inspiringly passionate nature of the respective fan bases, police fear that supporters will congregate outside the stadium in conflagration of government distancing orders.

“The fans have a chance to show that the return to football was not a mistake,” Dortmund police chief Gregor Lange said. “I want to say to the fans, the police are ready.”

Soccer’s worldwide fan base is more than ready, too. The layoff came just as the European season was reaching its most pivotal point. The Bundesliga race is being headed by Bayern Munich, but Dortmund, with two of Europe’s most exciting talents in Erling Haaland and Jadon Sancho, cannot be discounted.

It will look and feel different, with five substitutes allowed, 30 balls dotted around the sideline so that players and ball boys don’t touch the same ball, and all that silence. But it is something, and we are grateful for it.

Big questions remain, sure. What happens if some leagues finish and others don’t? What about Champions League places, determined by domestic title position – and what about the future of the Champions League itself, which necessitates overseas travel at its most basic core? What happens to out of contract players if one league’s 2019-20 finish is extended long enough so that it blends into the start date for another league’s next campaign?

Lots of questions, precious few answers. Still, though it remains in a state of historic flux, elite soccer is back. And we can’t wait.

Get more from Bundesliga Add to your favorites to get information about games, news and more.
in this topic

Match Made in German Soccer Heaven
For our Charlotte Wilder, it's been a wild journey from Bundesliga novice to FC Koln diehard.
May 23
those were the latest stories
Want to see more?
View All Stories
Fox Sports™ and © 2020 Fox Media LLC and Fox Sports Interactive Media, LLC. All rights reserved. Use of this website (including any and all parts and components) constitutes your acceptance of these Terms of Use and Updated Privacy Policy. Advertising Choices. Do Not Sell my Personal Info