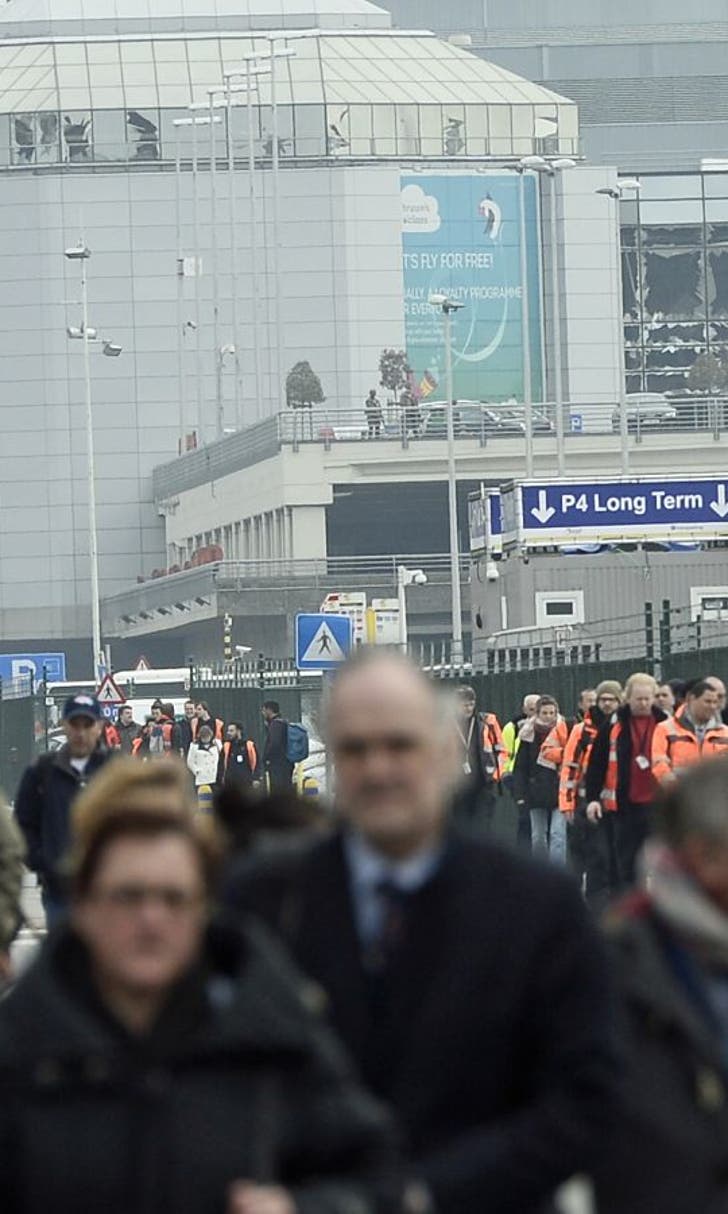 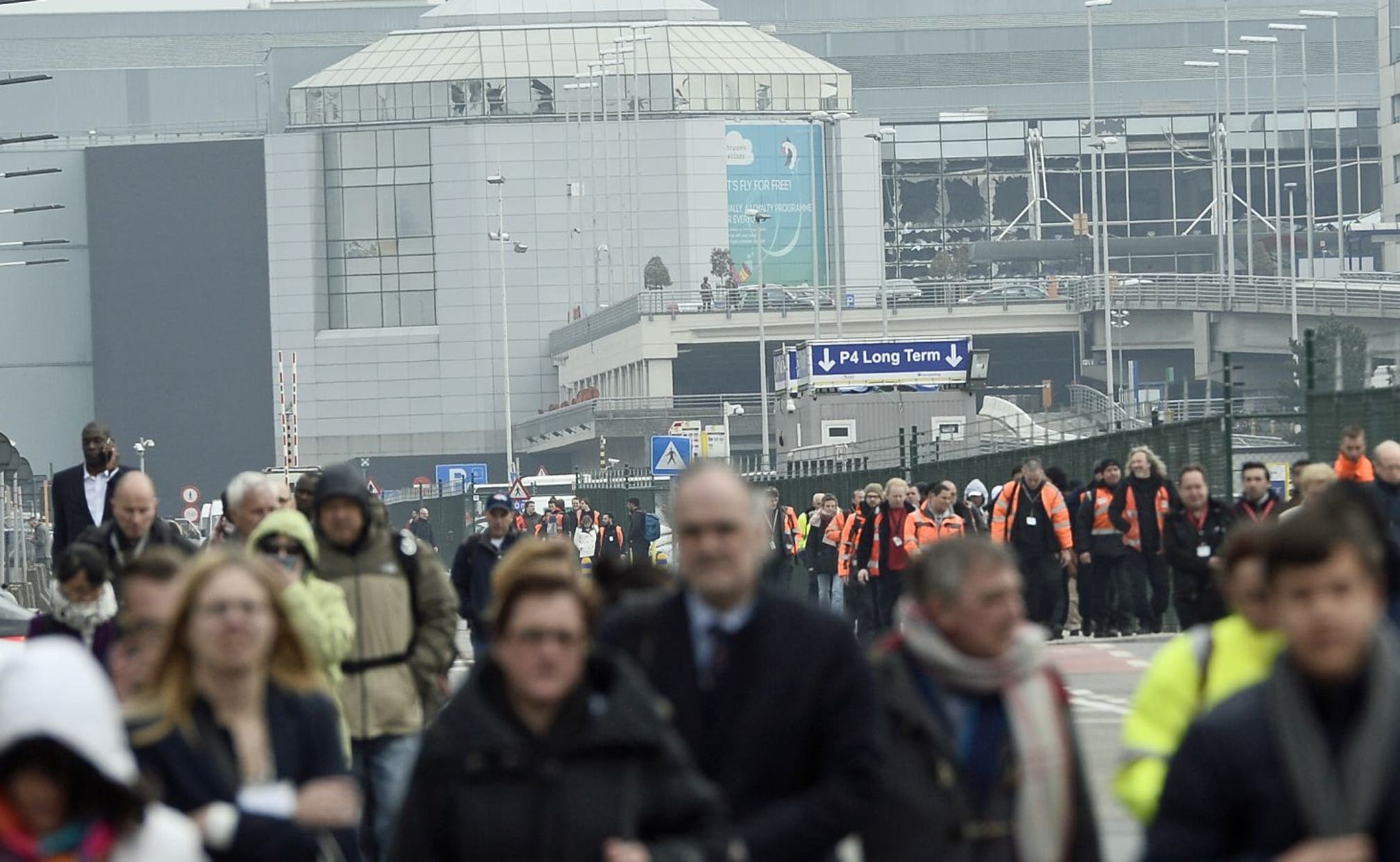 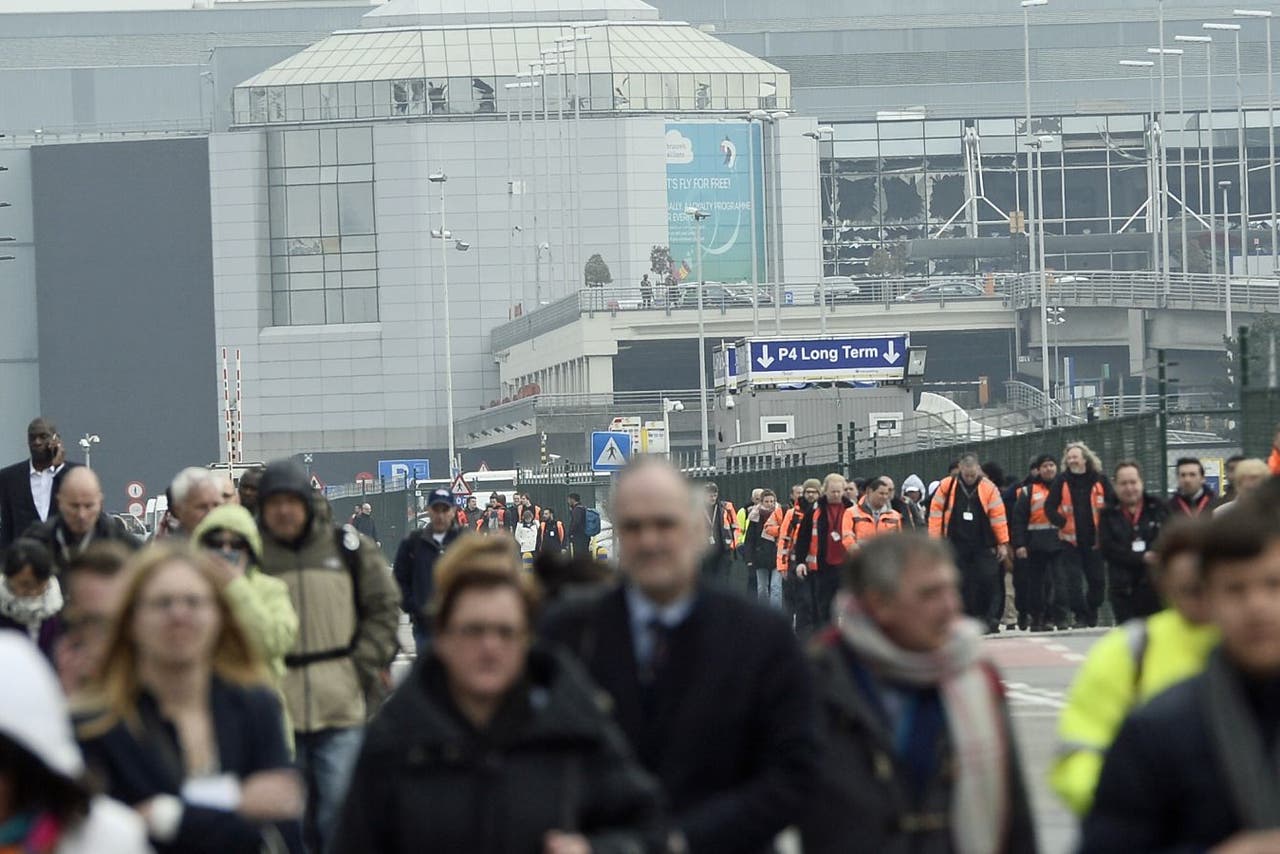 Belgium's national soccer team called off a practice session in Brussels on Tuesday after the city was hit by what authorities are calling terror attacks.

"Our thoughts are with the victims. Football is not important today," the Belgian soccer federation wrote in a Twitter message. "Training cancelled."

Belgium will host Portugal in a friendly match next Tuesday at the King Baudouin Stadium in Brussels, where the practice was scheduled for 4:30 p.m. (1530 GMT). The game is a warmup for both teams ahead of this year's European Championship.

Belgium captain Vincent Kompany wrote on Twitter that he was "horrified and revolted" by the attacks.

"I wish for Brussels to act with dignity. We are all hurting, yet we must reject hate and its preachers. As hard as it may be. (hashtag)Brussels," Kompany wrote.

The Portuguese soccer federation said it was in contact with Belgian authorities about security arrangements for the match.

Three explosions early Tuesday at the Brussels airport and the Maelbeek metro station near European Union offices have been called terror attacks by Belgian authorities. At least 31 people died and dozens were injured.

The Islamic State group claimed responsibility for the attacks.

One international soccer player was at the Zavantem airport where two explosions were reported. Norwich forward Dieumerci Mbokani, who is from Congo, was "unharmed but shaken by the tragic events," the English club said in a statement.

Mbokani was visiting family in Brussels, where he played for Anderlecht for two seasons until 2013.

The Antwerp Giants basketball team was also at the airport for a flight to Italy to play a Europe Cup quarterfinal game on Wednesday. The team includes Brad Waldow, a former player at Saint Mary's College in California.

"The Giants delegation had just left the departure hall this morning when the bombs exploded," the club said in a statement. "Fortunately, everybody was unhurt but could not get onto the planned flight."

The team now plans to travel from Paris on Wednesday for a rescheduled match against Varese one day later.

Belgium is now on high terror alert ahead of cycling's peak season for one-day classic road races, including the Tour of Flanders on April 3.

The spring season starts Wednesday with the Dwars door Vlaanderen (Across Flanders) race, which covers a 200-kilometer (124-mile) route around Waregem in west Belgium.

Organizers met with police on Tuesday and later said in a statement the second-tier race would go ahead as planned.

"For the moment, Dwars door Vlaanderen will take place (Wednesday), despite the terrorist attacks that took place in Brussels on Tuesday morning," the statement said. "The organizers mourn with the victims of these terrible acts. More information in due time."

It was unclear if all riders and team officials intending to travel via Brussels airport would be able to arrive for the race.