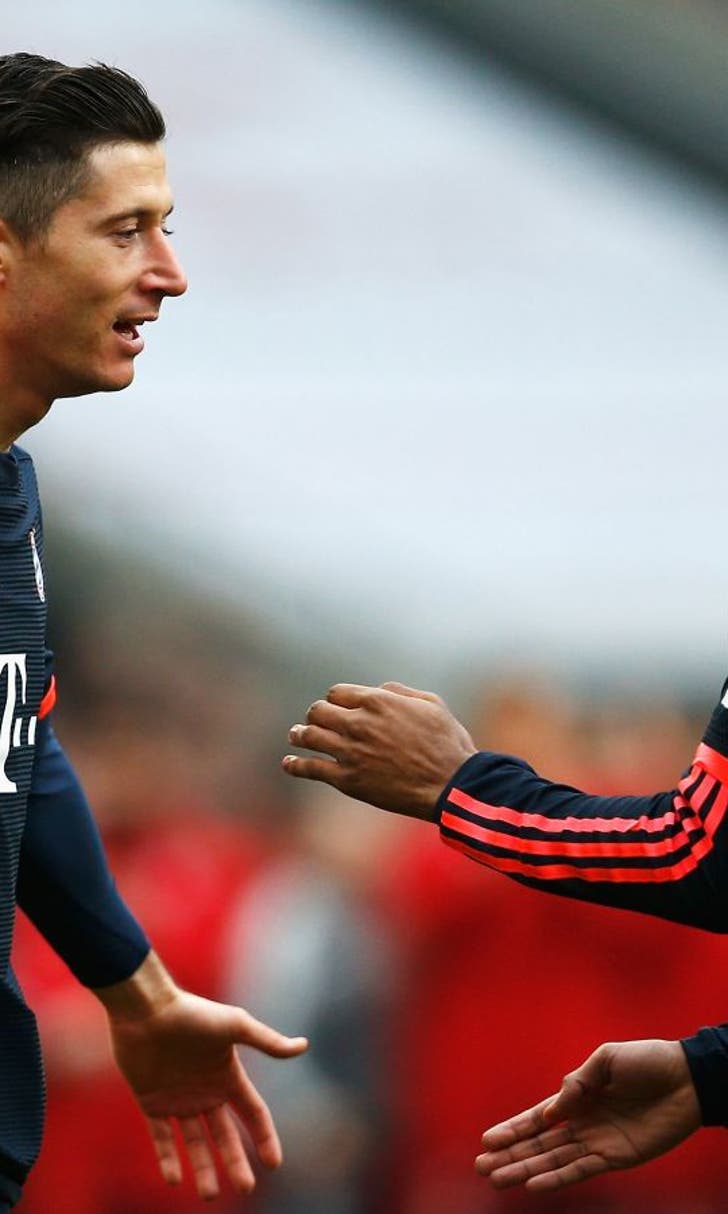 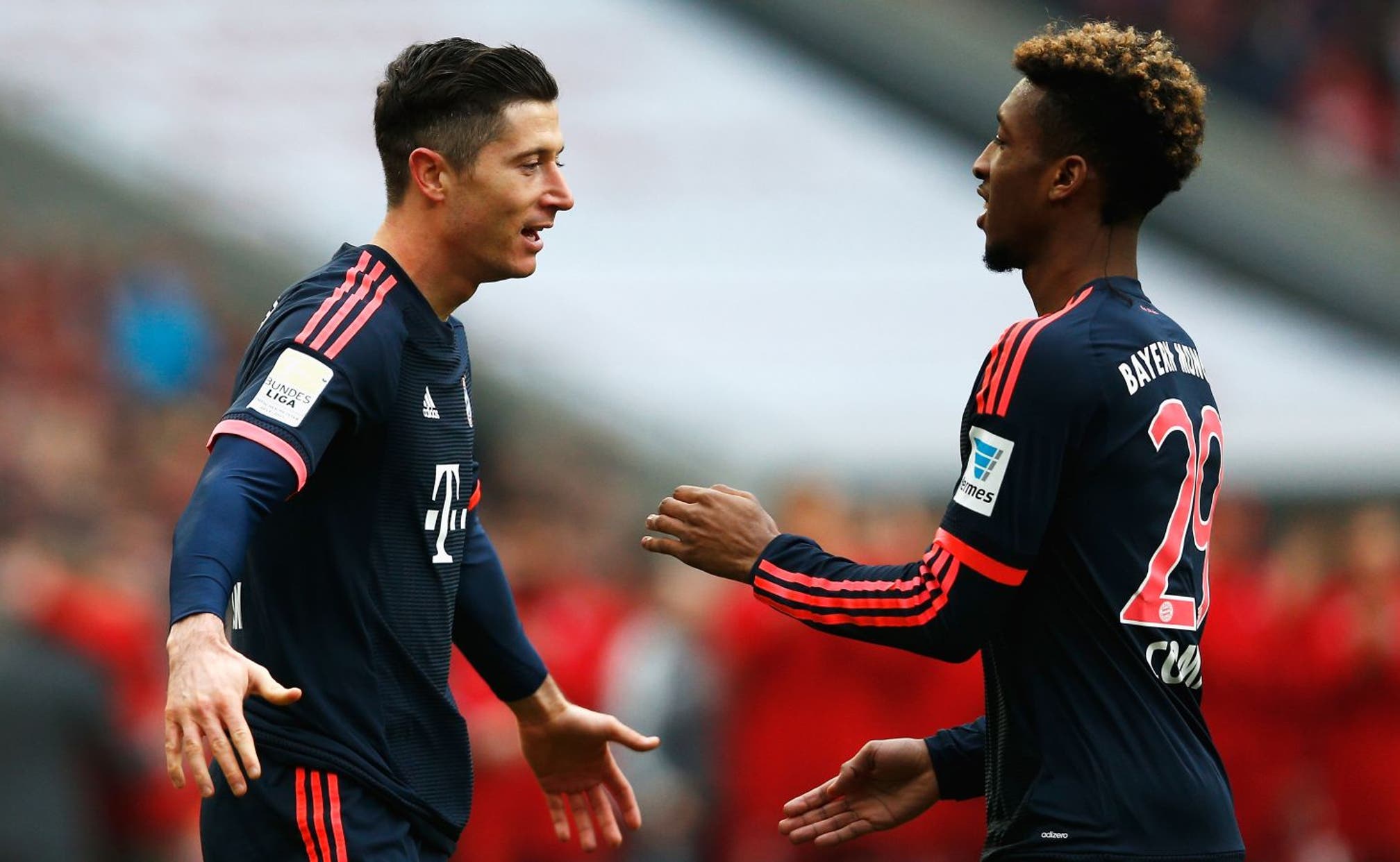 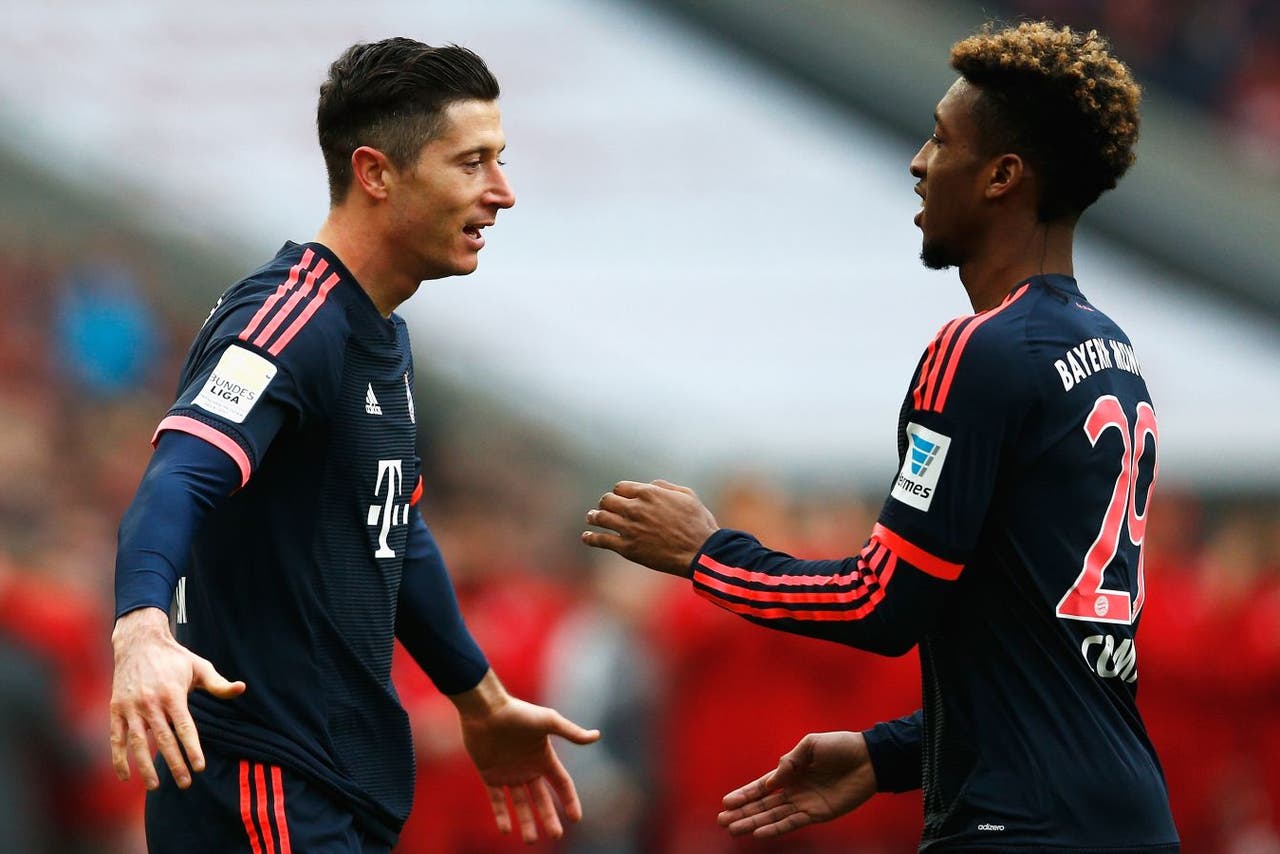 BERLIN -- Bundesliga top-scorer Robert Lewandowski's 25th goal of the season was enough for Bayern Munich to comfortably beat Cologne 1-0 and provisionally stretch its lead to eight points on Saturday.

"When you only win 1-0 it's dangerous to the end. It's a pity, because we had chances, but we have the three points," Lewandowski said.

Lackluster defending allowed him to score in the 10th minute, firing inside the far corner after Xabi Alonso and then Thiago Alcantara encountered a similar lack of resistance.

With seven games remaining, Lewandowski already has one more than his previous season-best of 24 for Borussia Dortmund in 2012-13.

"There are still lots of games and goals to score, I hope. The number I need for the top-scorers' trophy is not an issue for me," said Lewandowski, competing with Dortmund's Pierre-Emerick Aubameyang (22 goals) and Bayern teammate Thomas Mueller (19).

With the lead in the bag, Bayern comfortably dominated the rest of the half without too much exertion.

Leonardo Bittencourt had the home side's first shot on goal in the 50th, straight at Manuel Neuer. Anthony Modeste had Cologne's best chance with Neuer stranded, but David Alaba came to his goalkeeper's rescue with a crucial block. Alaba extended his Bayern contract to 2021 on Friday.

Dortmund can restore the five-point gap with a win at Augsburg on Sunday.

Genki Haraguchi scored one and set up another for high-flying Hertha Berlin to beat Ingolstadt 2-1 and consolidate third place.

Haraguchi shot the home side ahead in the second half and crossed for Solomon Kalou.

Lukas Hinterseer pulled one back to make it exciting with 15 minutes remaining, but John Anthony Brooks cleared off the line to safeguard Hertha's three points.

"It's important now that we don't let up," said Hertha midfielder Tolga Cigerci, whose side is enjoying its best season for seven years and occupies the last automatic qualification spot for the Champions League.

Also, Andre Schuerrle scored in injury time to salvage a 1-1 draw for Wolfsburg against Darmstadt, Hoffenheim boosted its chances of avoiding the drop with a 3-1 win at Hamburger SV, and Mainz drew at Werder Bremen 1-1.

Claudio Pizarro's club-record 101st goal for Bremen, a penalty before the interval, canceled out Julian Baumgartlinger's opener for Mainz. Baumgartlinger then gave away the penalty.

Bremen defender Papy Djilobodji could face repercussions for running his finger across his neck in a gesture to Pablo De Blasis, who was lying on the pitch after a tussle between them.

"You should leave such gestures because everyone knows the camera captures everything," Bremen director Thomas Eichin said.

Sandro Wagner's 82nd-minute strike looked like it was going to be enough for promoted Darmstadt, only for Schuerrle to score in the third minute of injury time for Wolfsburg, which was drawn against Real Madrid in the Champions League quarterfinals on Friday.

Wolfsburg slipped three points behind Mainz in the last qualifying spot for the Europa League, and 10 behind Hertha.

"We have problems at the moment that can't be talked away," Wolfsburg coach Dieter Hecking said.