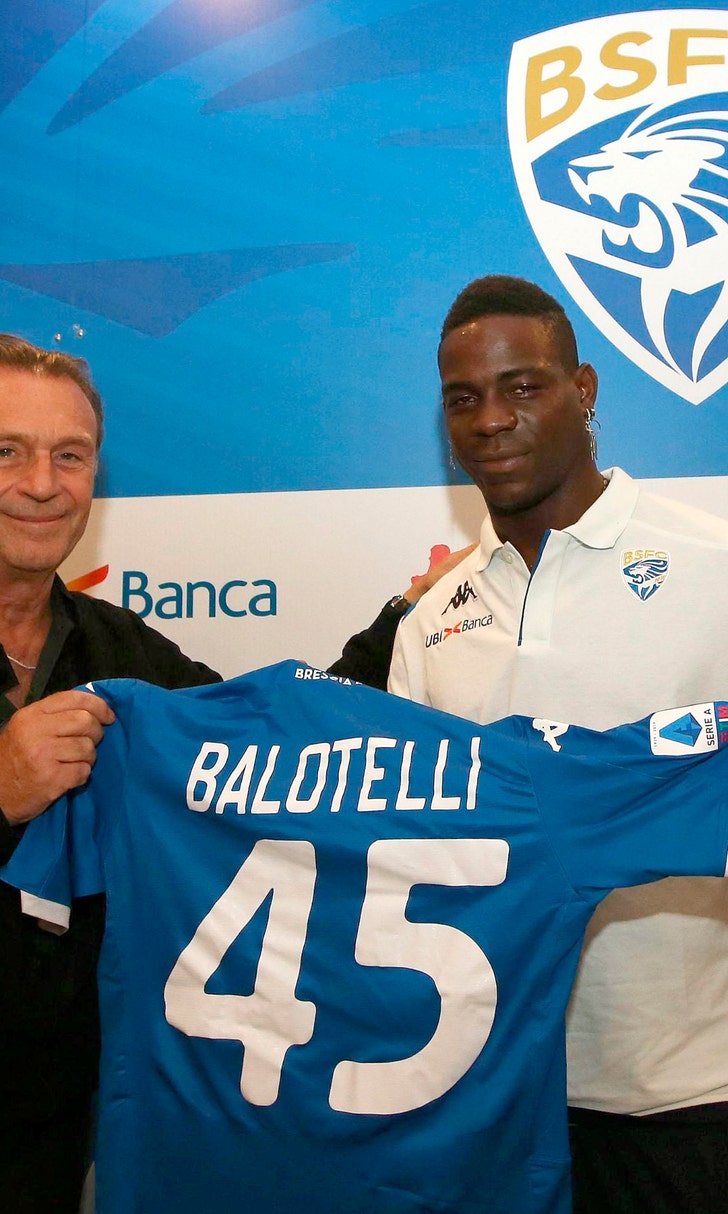 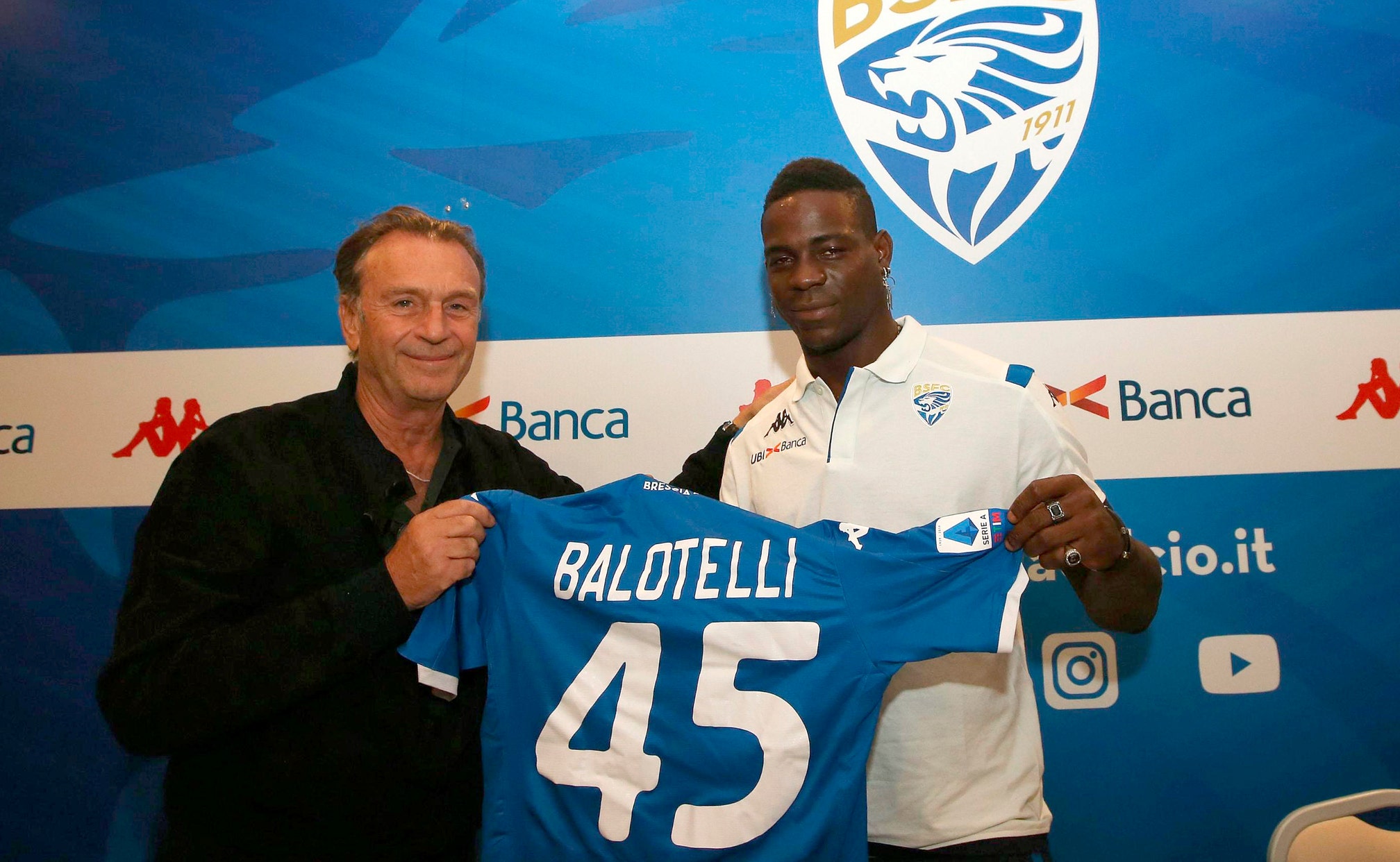 Balotelli targeted with more racism _ by his club president

MILAN (AP) — Mario Balotelli was the subject of a racist remark by the president of his club on Monday in the latest discriminatory incident of a Serie A season marred by derogatory chants and other offensive behavior.

Balotelli has struggled since returning to the Italian league with Brescia, his hometown club, and was dropped from the weekend’s match following a dispute with coach Fabio Grosso.

Asked about Balotelli before a league meeting on Monday, Brescia president Massimo Cellino said: “He's black, what can I say, he’s working on clearing himself but he’s having a lot of difficulty.”

Brescia later attempted to downplay Cellino’s comment, saying in a statement that it was merely “a quip” that was “clearly misunderstood.” The club added that Cellino was “attempting to downplay the excessive media coverage by protecting (Balotelli).”

Upon exiting the league meeting, Cellino added, “Who’s calling me a racist? ... I don’t have to excuse myself from something that I don’t believe in.”

Balotelli experienced racism at the beginning of his career in Italy, where he rose to prominence with Inter Milan, and he was also the target of racist chants this month during a match at Hellas Verona.

The game in Verona was suspended for several minutes and Balotelli threatened to leave the field after angrily kicking a ball into the stands.

Derogatory chants have also been aimed at Romelu Lukaku, Franck Kessie, Dalbert Henrique, Miralem Pjanic, Ronaldo Vieira and Kalidou Koulibaly in Serie A. All the players targeted — except for Pjanic, who is Bosnian — are black.

Balotelli rejoined Serie A after three years in the French league. With two goals in seven matches, Balotelli has not been able to help Brescia climb out of last place.

“I bought (Balotelli) because I thought he could add something to the squad,” Cellino said. “But due to overexposure we’ve made him become a weakness. If we continue to talk about Balotelli we’ll be hurting both him and ourselves.”