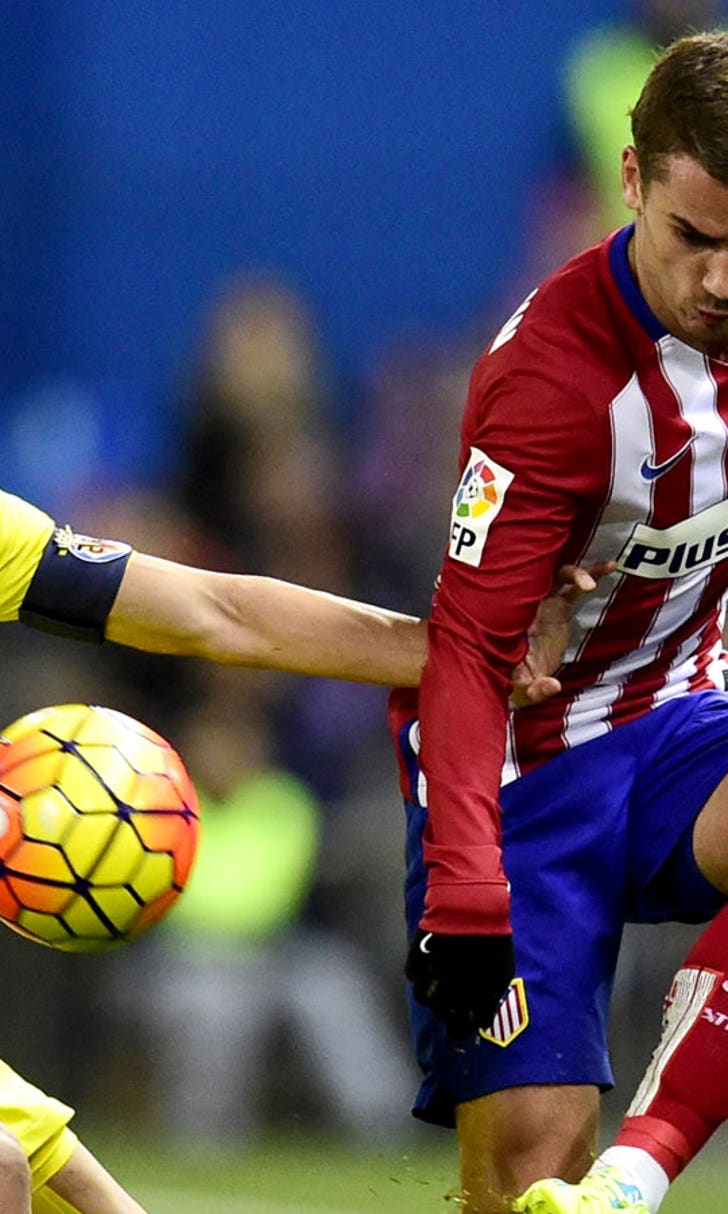 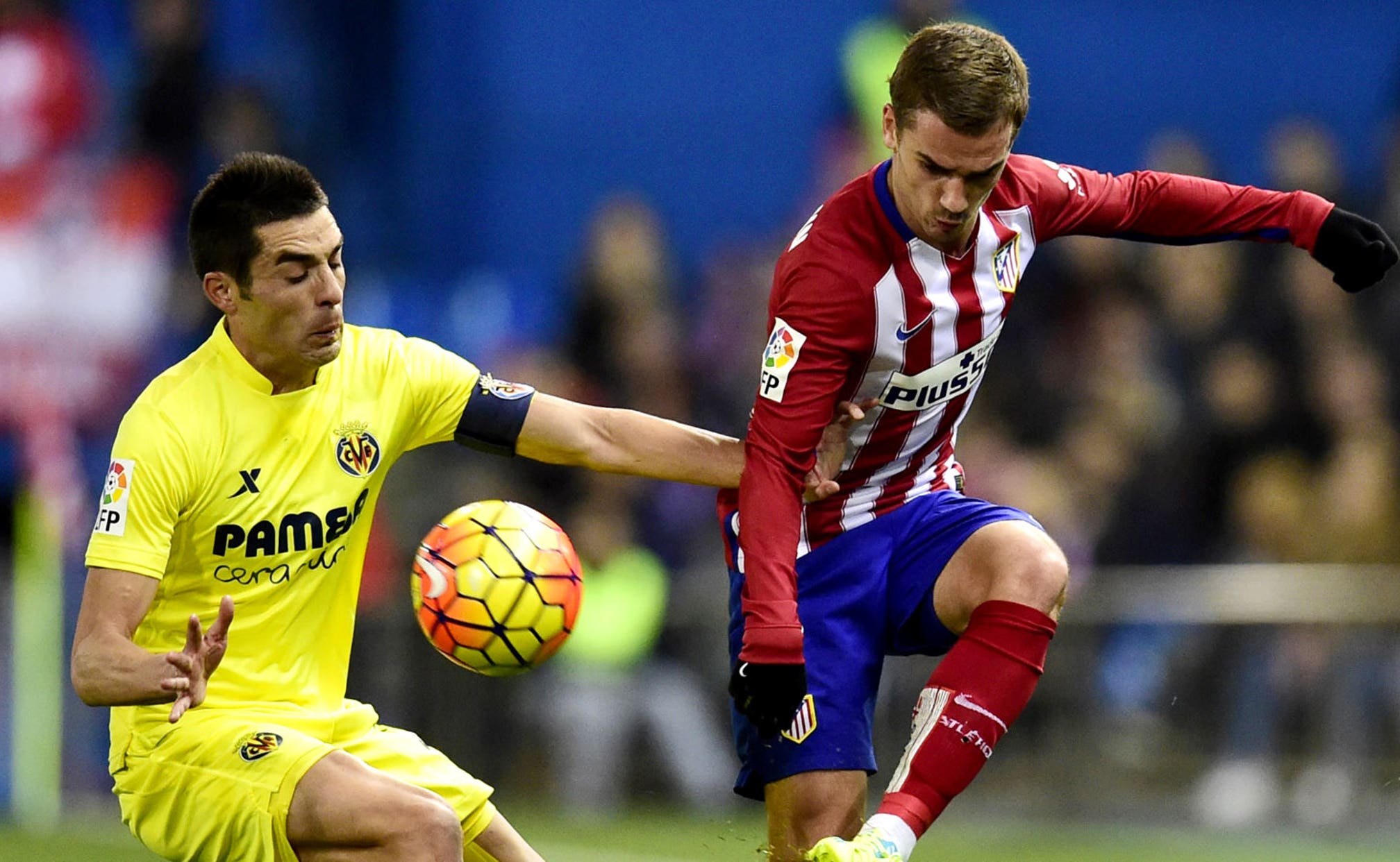 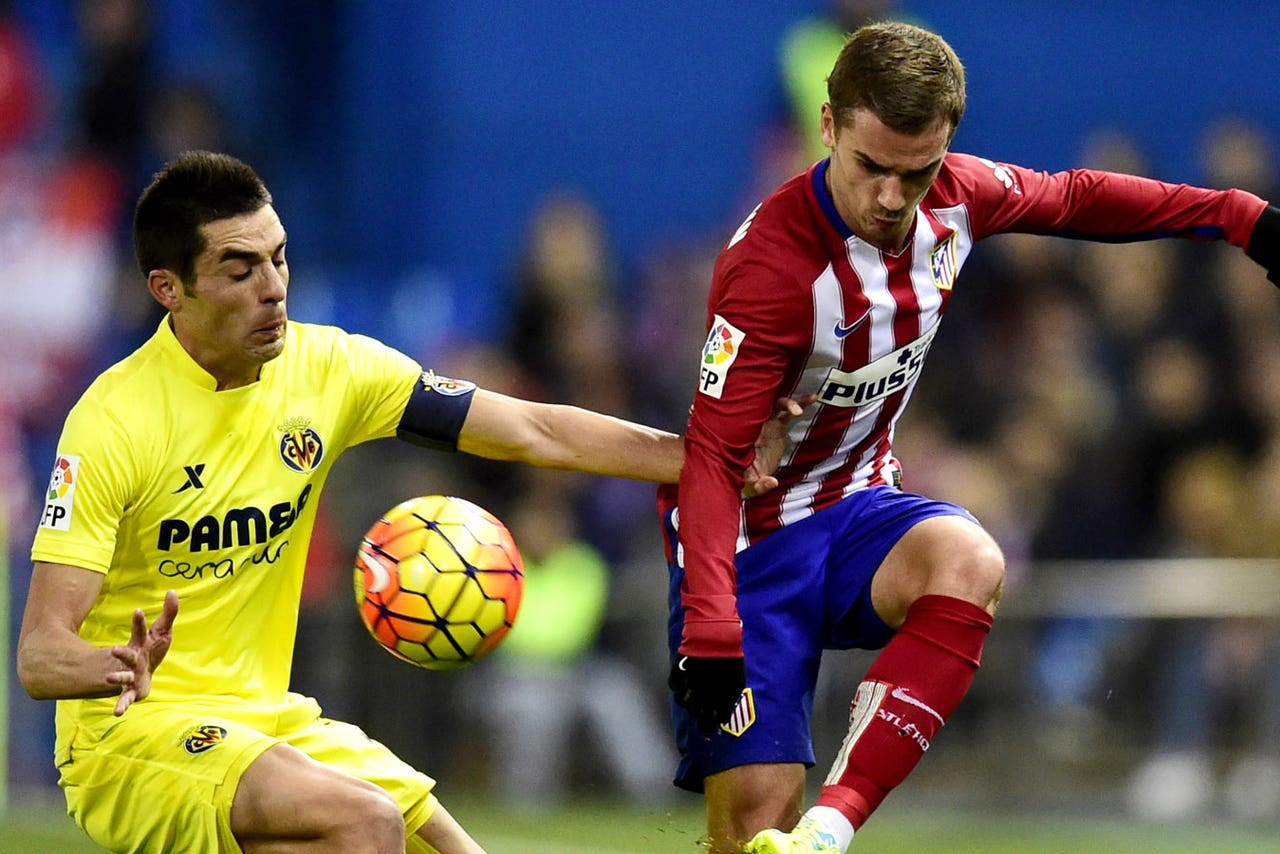 Atletico Madrid's hopes of catching Primera Division leaders Barcelona suffered a setback on Sunday evening as they were held to a 0-0 draw by Villarreal at the Vicente Calderon.

Diego Simeone's side were shut out by the visitors' rock-solid defense and could carve out barely any clear chances, and ended the weekend eight points behind Barca - who also have a superior head-to-head record - with 13 games remaining.

This was the meeting of the two tightest defenses in La Liga - two teams that had conceded just 29 goals between them in 50 matches.

The visitors appealed for a penalty in the second minute as Castillejo went to ground after competing with Saul Niguez for the ball, but few other openings appeared in a first half high on pressure and intensity but low on attractive football.

Villarreal defender Daniele Bonera caught a rare sight of goal on the half-hour mark, volleying over the bar, while Atletico's first chance did not arrive until right before half-time, Antoine Griezmann's flicked header narrowly failing to hit the target.

Atletico midfielder Angel Correa was the first to create a real opportunity, turning a defender in the area before attempting to lob Alphonse Areola, but the goalkeeper tipped the shot over the bar.

Correa also went close to creating the opener for Fernando Torres, who was just centimeters away from connecting with the Argentinian's low cross and tapping in.

Villarreal were conceding possession to Atletico but launched a quick counter, resulting in Cedric Bakambu racing into the area alone, but the Congolese fluffed the shot. Minutes later he tried to get on the end of Denis Suarez's cross to the near post, but Atletico goalkeeper Jan Oblak got there first.

Simeone threw on Oliver Torres and former Villarreal striker Luciano Vietto late in the second half in the hope of unlocking the visitors. The latter had Atletico's final chance to win it in stoppage time, but shot into the side-netting from a tight angle.