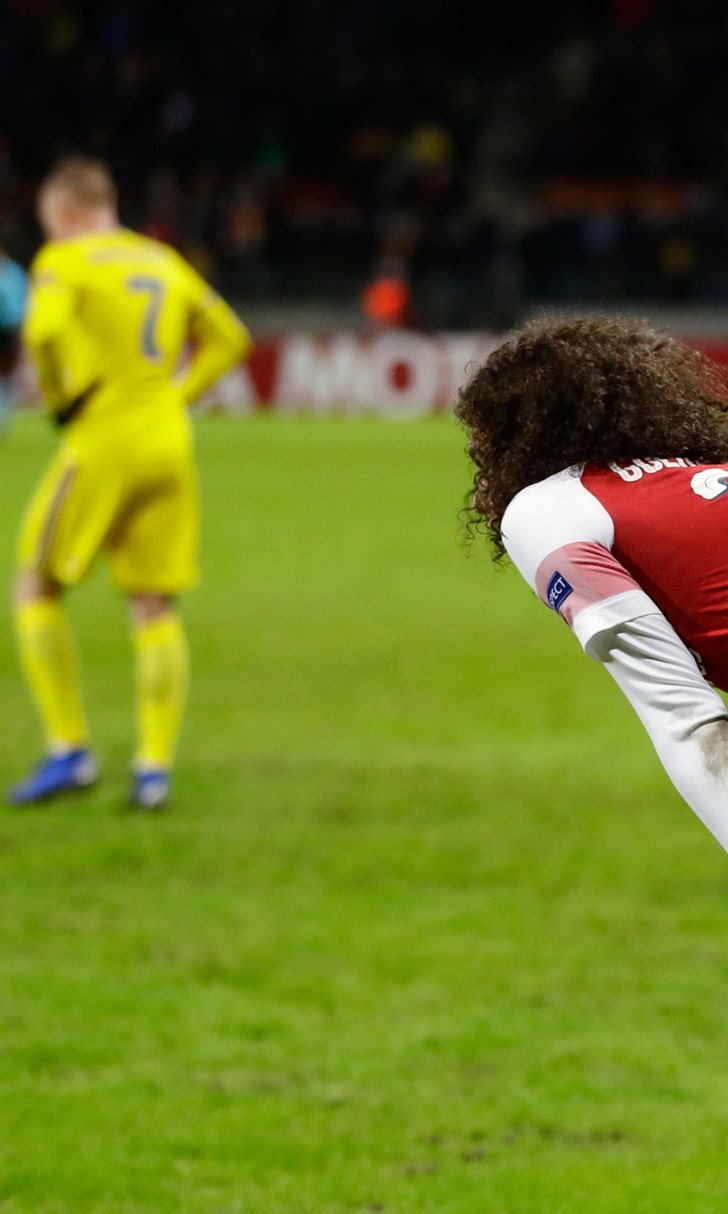 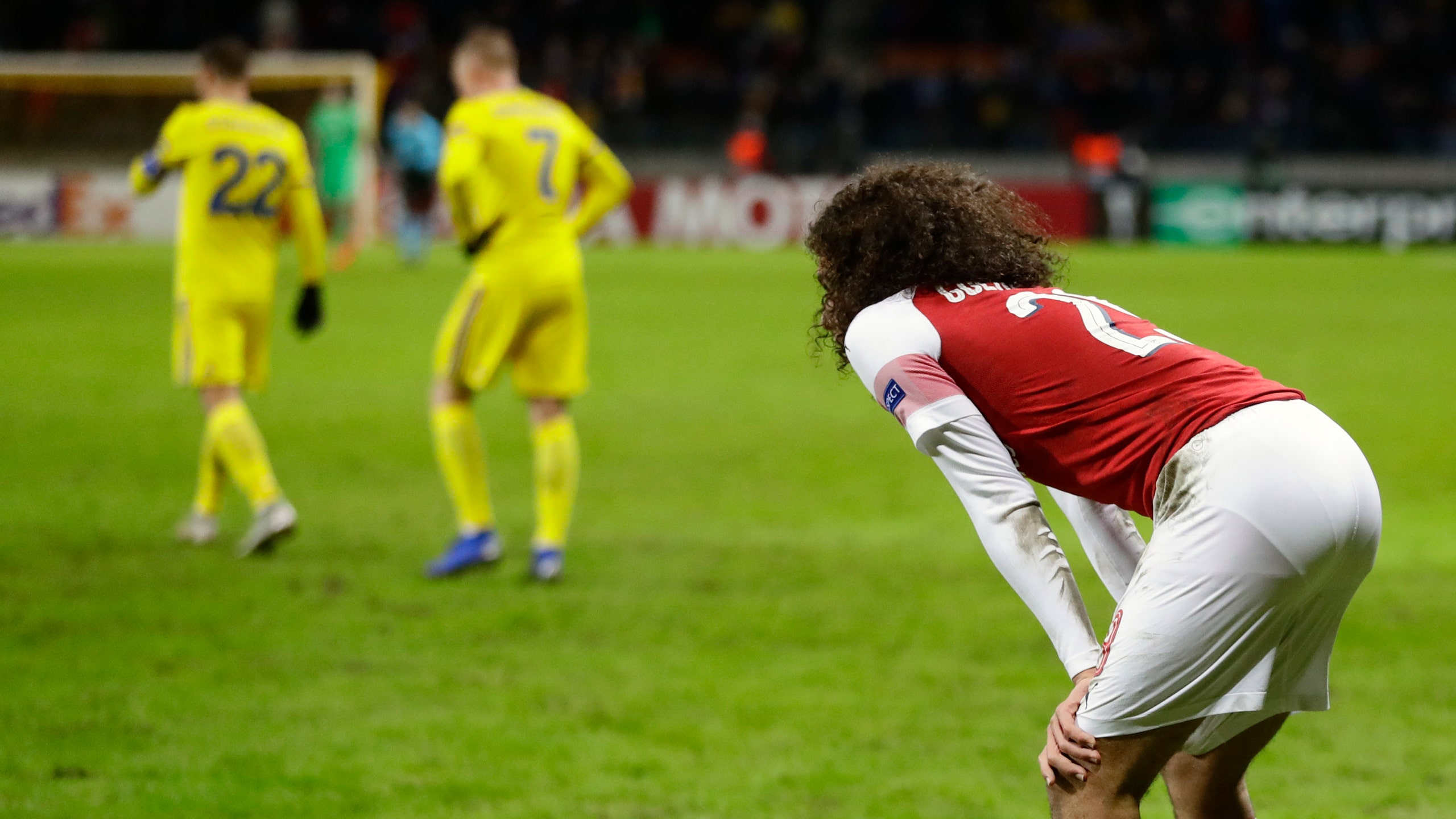 previous story
Johnson causes another crash at Daytona, concedes mistake
next story
Skinner focused on present in Buffalo rather than future

Arsenal slumped to a 1-0 defeat at BATE Borisov in the first leg of the Europa League's round of 32 on Thursday, while crosstown rival Chelsea shook off its recent struggles with a 2-1 win at Malmo.

Alexandre Lacazette's late sending off completed an evening to forget for Arsenal in Belarus. The French forward was shown a straight red card in the 85th minute for lashing back in frustration at Aleksandar Filipovic with his elbow, catching the Serbian defender in the face. Lacazette will miss the second leg in London on Feb. 21.

Arsenal dominated possession but was stunned just before the break when Stanislav Dragun got his head to Borisov captain Igor Stasevich's dangerous free kick. Dragun sent the ball looping over the helpless Petr Cech and inside the far post.

Arsenal had started well but failed to make the most of early chances. Lacazette headed over from close range, while Henrikh Mkhitaryan missed another good opportunity.

After watching his side crumble in a 6-0 defeat at Premier League rival Manchester City on Sunday, Chelsea coach Maurizio Sarri was looking for a response in Malmo.

Ross Barkley got the visitors on their way on the half-hour mark after a fine cross from Pedro, and Olivier Giroud sealed it with his heel after some good work from Willian before the hour-mark.

Sarri brought on Eden Hazard for the final 20 minutes but instead it was Anders Christiansen who claimed a late goal for the home side.

Still, after recent setbacks, a win will provide welcome relief for Sarri.

Due to the Swedish league schedule, Malmo hadn't played a competitive fixture since beating Besiktas away on Dec. 13.

Napoli coach Carlo Ancelotti claimed his first win in the Europa League with a 3-1 victory in Zurich.

Ancelotti, who won the Champions League three times as a coach, was given an early present when a mistake from Zurich goalkeeper Yanick Brecher allowed Arkadiusz Milik to set up Lorenzo Insigne for a tap in, 10 minutes before Jose Callejon made it 2-0.

Callejon set Piotr Zielinski on his way to seal it late, before Benjamin Kololli restored some lost pride for Zurich with a chipped "Panenka" penalty straight down the middle.

Former Alaves striker Ruben Sobrino enjoyed a dream debut for Valencia, setting up Denis Cheryshev for the opener and then scoring himself for a 2-0 win over Celtic in Glasgow.

Another Spanish side, Villarreal, won 1-0 at Sporting Lisbon.

Ten-man Shakhtar Donetsk came back to draw with Eintracht Frankfurt 2-2 after Taras Stepanenko was sent off early for the home side.

Brazilian midfielder Taison salvaged the draw for Shakhtar, which was fortunate not to concede in a host of chances for Frankfurt late on.

Also, Lautaro Martinez's first-half penalty helped Inter Milan overcome the absence of Mauro Icardi with a 1-0 win at Rapid Vienna. Icardi was left at home after telling Inter he could play in the game, a day after he was stripped of the club captaincy.

Diego Lainez scored a last-minute equalizer for Real Betis to grab a 3-3 draw at Rennes to stay unbeaten in Europe this season.

Benfica won at Galatasaray 2-1, Olympiakos drew with Dynamo Kyiv 2-2, and there were 0-0 draws between Krasnodar and Bayer Leverkusen, and Slavia Prague and Genk.