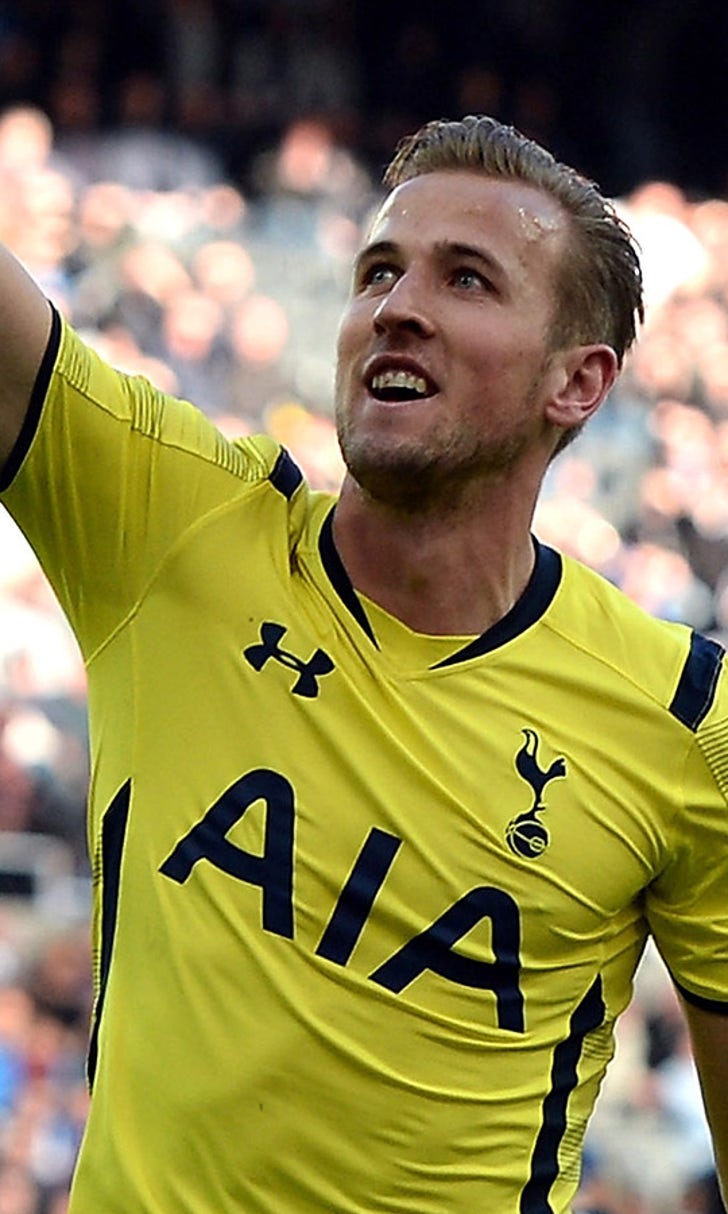 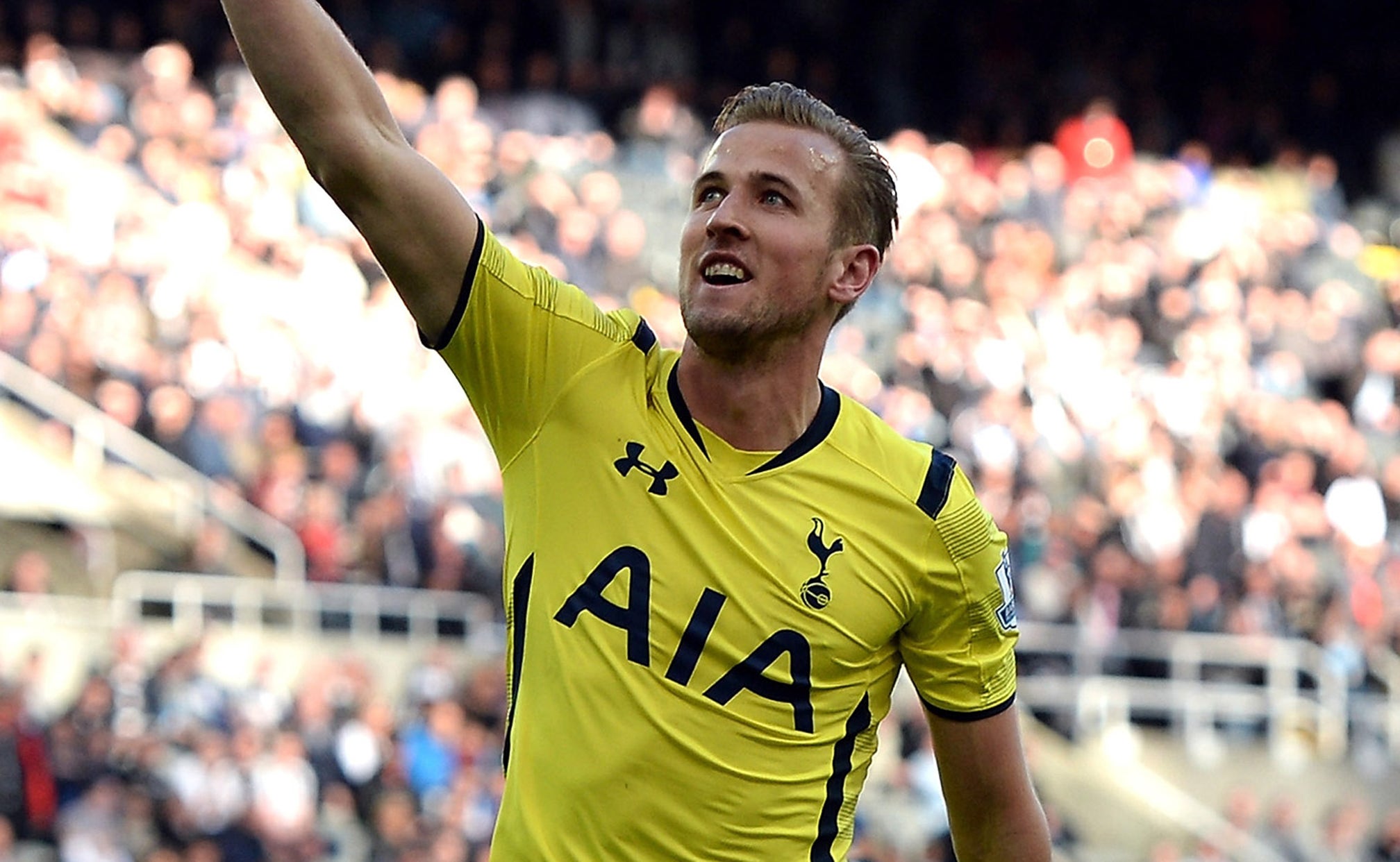 30 up! Kane hits landmark for season as Spurs beat Newcastle 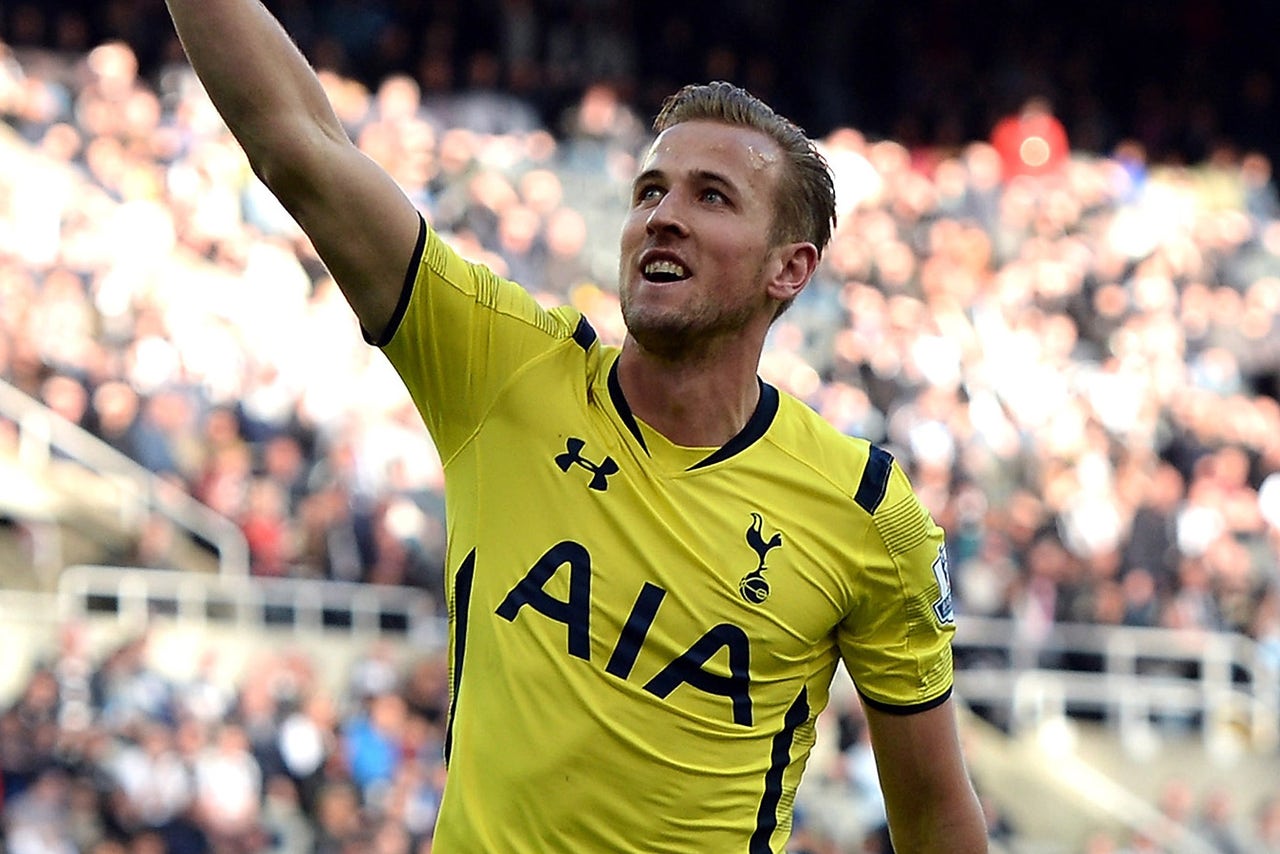 Harry Kane scored his 30th goal of the season as Tottenham beat Newcastle 3-1 to condemn the Magpies to a sixth successive Barclays Premier League defeat and rekindle their own hopes of European qualification.

The England striker scored in stoppage time to cement victory at St James' Park - just Spurs' second win in five attempts - on a day when thousands of home fans stayed away in protest at owner Mike Ashley's tenure.

His effort came after Christian Eriksen has restored the visitors' lead minutes after Jack Colback had dragged Newcastle back into game by canceling out Nacer Chadli's first-half opener.

Defeat left Newcastle just seven points clear of the bottom three and knowing they will have to change their fortunes markedly over the next few weeks if they are to avoid a tense conclusion to a forgettable campaign.

The game was watched by a crowd of 47,427, according to the official attendance, although that figure is likely to include season ticket holders who did not attend, and the mood of the locals will not have been improved by the sight of an aircraft flying overhead during the first half trailing a banner displaying the message, "5 in a row Sunderland", a reference to Newcastle's run of derby defeats.

On a day when some fans voted with their feet and stayed away from St James' while others protested outside, the Magpies did little to encourage those in the stands that they could end a depressing run of results.

They started relatively brightly with Remy Cabella, employed on the left side of midfield, making life difficult for full-back Eric Dier and central defender Federico Fazio, while lone striker Ayoze Perez once again showed commendable appetite despite being largely isolated for much of the first half.

The former Tenerife frontman was given offside as he ran on to Vurnon Anita's 12th-minute through-ball, replays suggesting incorrectly so, and he tested keeper Michel Vorm for the first time two minutes later with a right-foot snapshot from Yoan Gouffran's right-wing cross.

After Cabella had scuffed a shot straight at the keeper and Mike Williamson had headed a Ryan Taylor free-kick high over, Perez saw a 31st-minute shot blocked at source by Jan Vertonghen and Vorm pluck his dipping effort from under the crossbar six minutes before the break.

But in the meantime, the visitors had taken the lead from their first meaningful effort on goal, and while there was much to admire about Chadli's strike, the Magpies contributed to their own downfall.

Gouffran needlessly squandered possession in the middle of the field and as Chadli advanced, the black and white shirts back-pedaled impotently to allow him to send a dipping, swerving left-foot shot beyond Tim Krul's despairing dive.

It might have been worse for the home side a minute before the break when, after Nabil Bentaleb had cleverly flicked the ball over Colback and fed Chadli wide on the left, he slid in striker Harry Kane, who forced a fine save from Krul at his near post.

Carver made a double substitution at the break when he sent on Sammy Ameobi and Gabriel Obertan for Mehdi Abeid and Gouffran, and his side were level within 20 seconds.

Perez wormed his way into the penalty area from the right and crossed for full-back Daryl Janmaat, whose initial effort was blocked, but Colback slid the rebound home to drag Newcastle back into it.

However, Spurs needed just seven minutes to regain the lead as the Magpies capitulated from a set-piece as Krul could only help Eriksen's free-kick into his own net as it sped across goal.

Bentaleb was inches away from killing the game off two minutes later when he powered a header just over from Chadli's cross.

The Magpies responded in committed fashion, but a lack of both care and quality in possession meant Spurs were rarely under any sustained pressure, and it took a remarkable save by Krul at point-blank range to keep out Kane's 67th-minute volley.

Krul excelled himself once again to deny Erik Lamela one-on-one with 15 minutes remaining, but his resilience was to prove in vain at the death when Kane accepted Lamela's pass to round off a lighting 91st-minute break with the home side pushing for an equalizer.

Kane became the first Spurs player in 23 years to pass the 30-goal mark in a season and he is hoping to score a few more during the run-in in a bid to secure European football for the north Londoners next season.

"I'm very proud but there's still five games left so hopefully I can get a few more goals and it doesn't stop here," he said. "Obviously I'm delighted with the 30 goals but the most important thing is that we keep winning games."