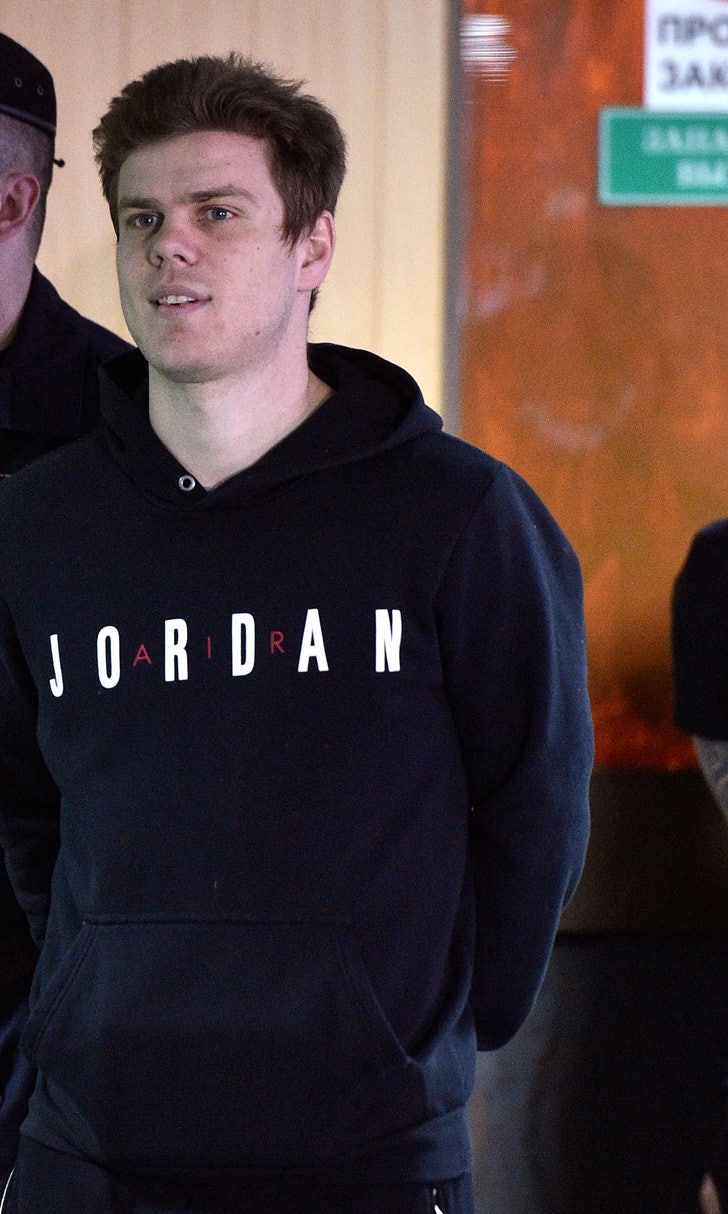 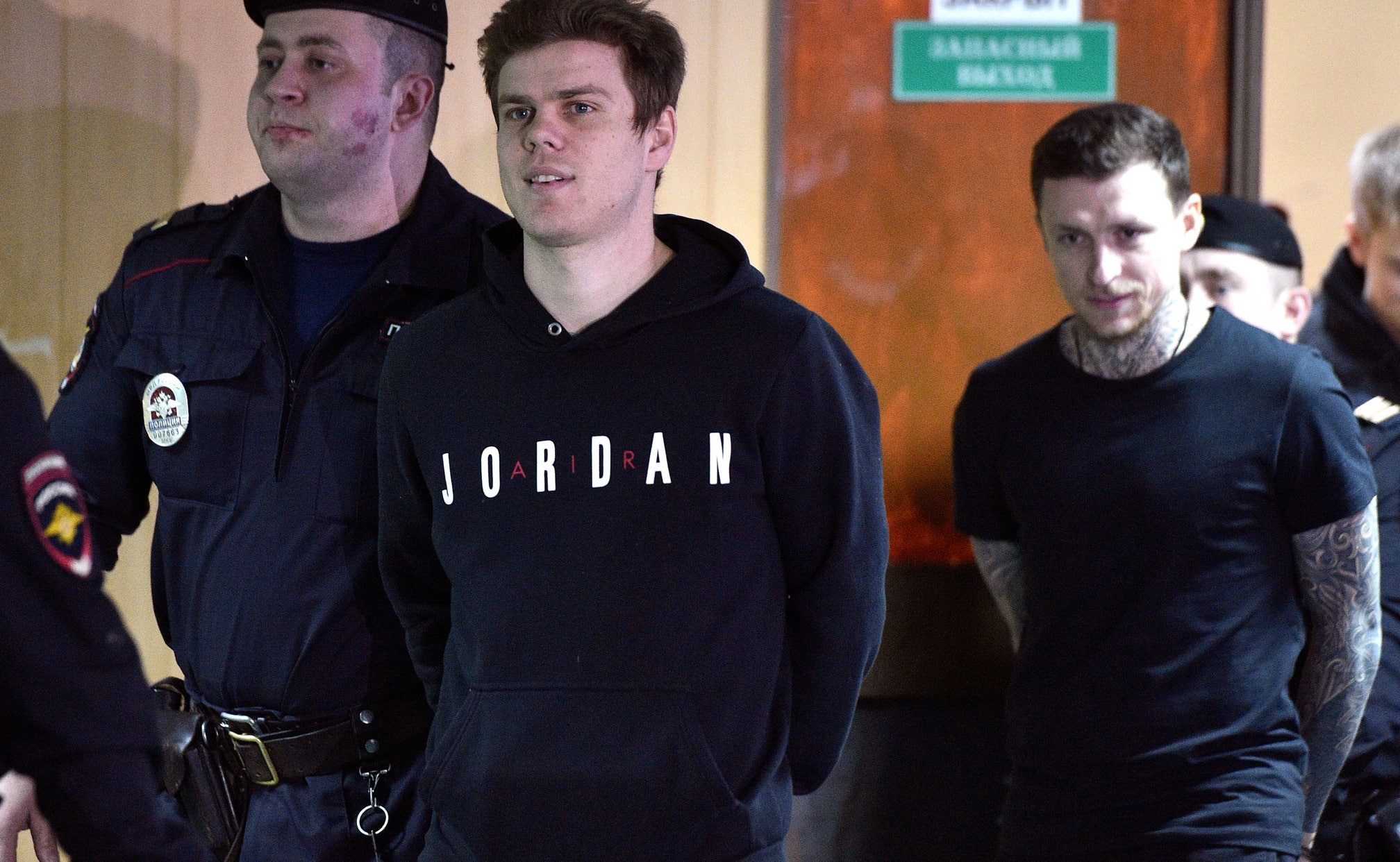 2 Russian soccer players let out on parole in brawl case

MOSCOW (AP) — Two Russian national team soccer players were let out on parole Friday after serving part of their prison sentences for a series of brawls.

Zenit St. Petersburg forward Alexander Kokorin and FC Krasnodar midfielder Pavel Mamayev were arrested last October after being accused of attacking a man in a Moscow hotel parking lot, a senior trade ministry official and a car designer in a cafe.

A district court in the western Belgorod region ruled that "for the purpose of their correction, they do not need to serve the sentence in full."

In a statement on the decision to release the pair, along with Kokorin's brother Kirill, the court said they had behaved well behind bars.

"They did not commit any breaches of the detention regime and do not have disciplinary charges," the statement said. "While serving their sentences, all three were employed in the prison colony's sewing factory."

Kokorin and Mamayev's trial was a media sensation in Russia, where they had already played the role of public villains in 2016 after being filmed partying in Monaco following the Russian team's early elimination from the European Championship.

The Russian prison service, often criticized over mistreatment of prisoners, used their detention for some rare positive publicity. That included Mamayev playing a soccer game in an exercise yard on Valentine's Day while in pre-trial custody.

They will be released on Sept. 17 if there is no appeal from prosecutors. The court said prosecutors supported the parole.

Kokorin has played 48 times for Russia, while Mamayev made 15 international appearances from 2010-16. Kokorin is a free agent, though Zenit hasn't ruled out re-signing, while Krasnodar has tried to cancel its contract with Mamayev.

Russia
share story
those were the latest stories
Want to see more?
View All Stories
Fox Sports™ and © 2020 Fox Media LLC and Fox Sports Interactive Media, LLC. All rights reserved. Use of this website (including any and all parts and components) constitutes your acceptance of these Terms of Use and Updated Privacy Policy. Advertising Choices. Do Not Sell my Personal Info