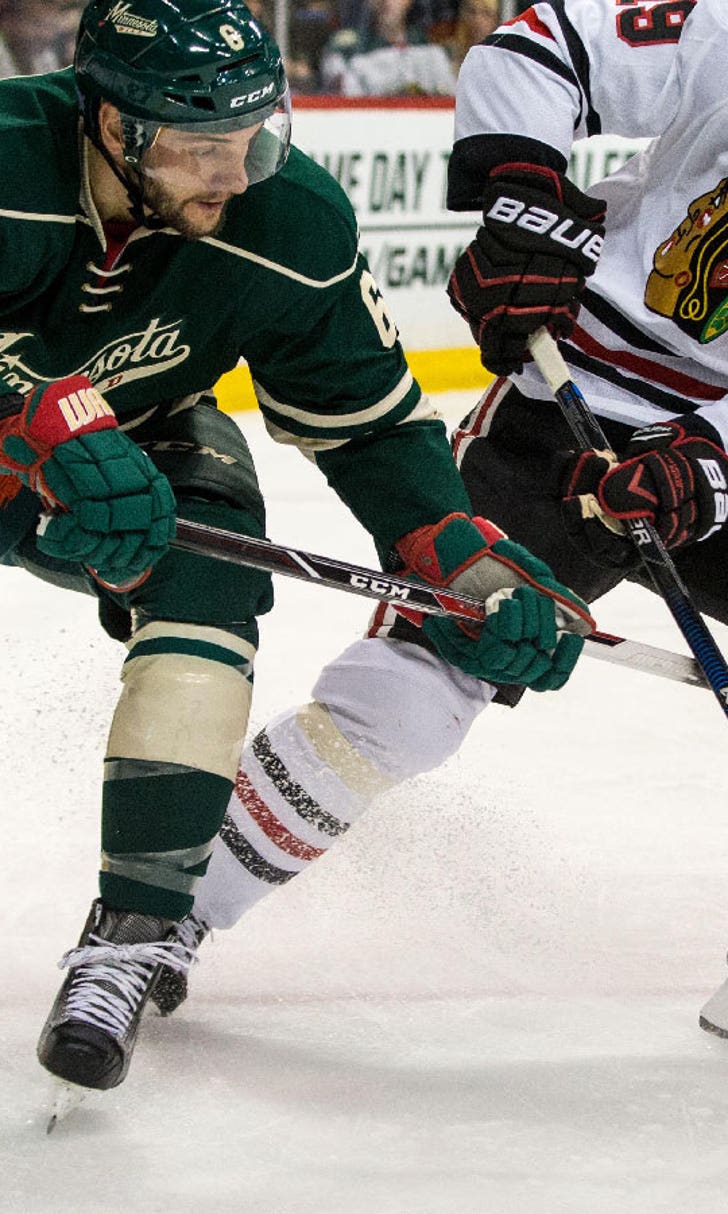 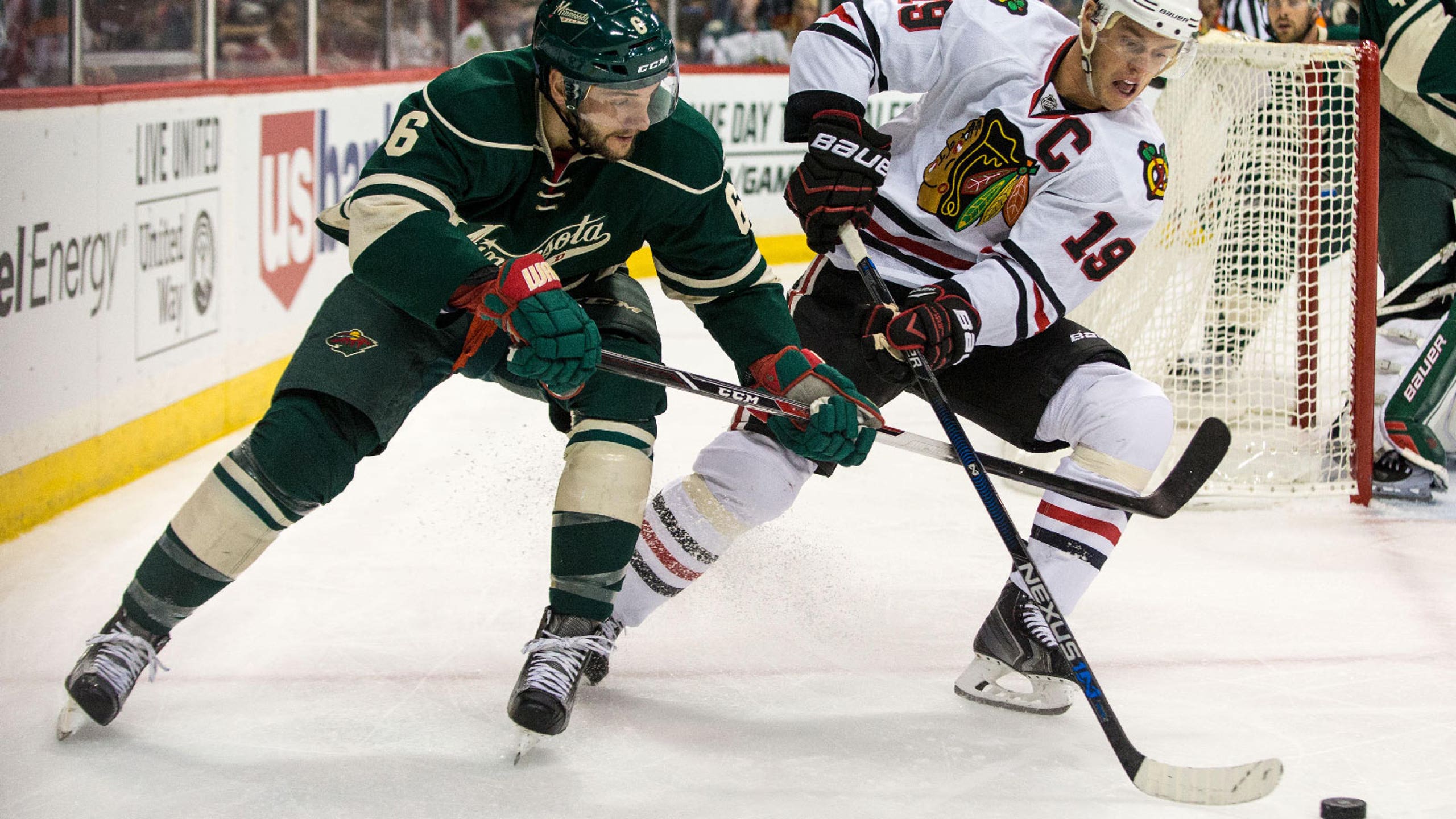 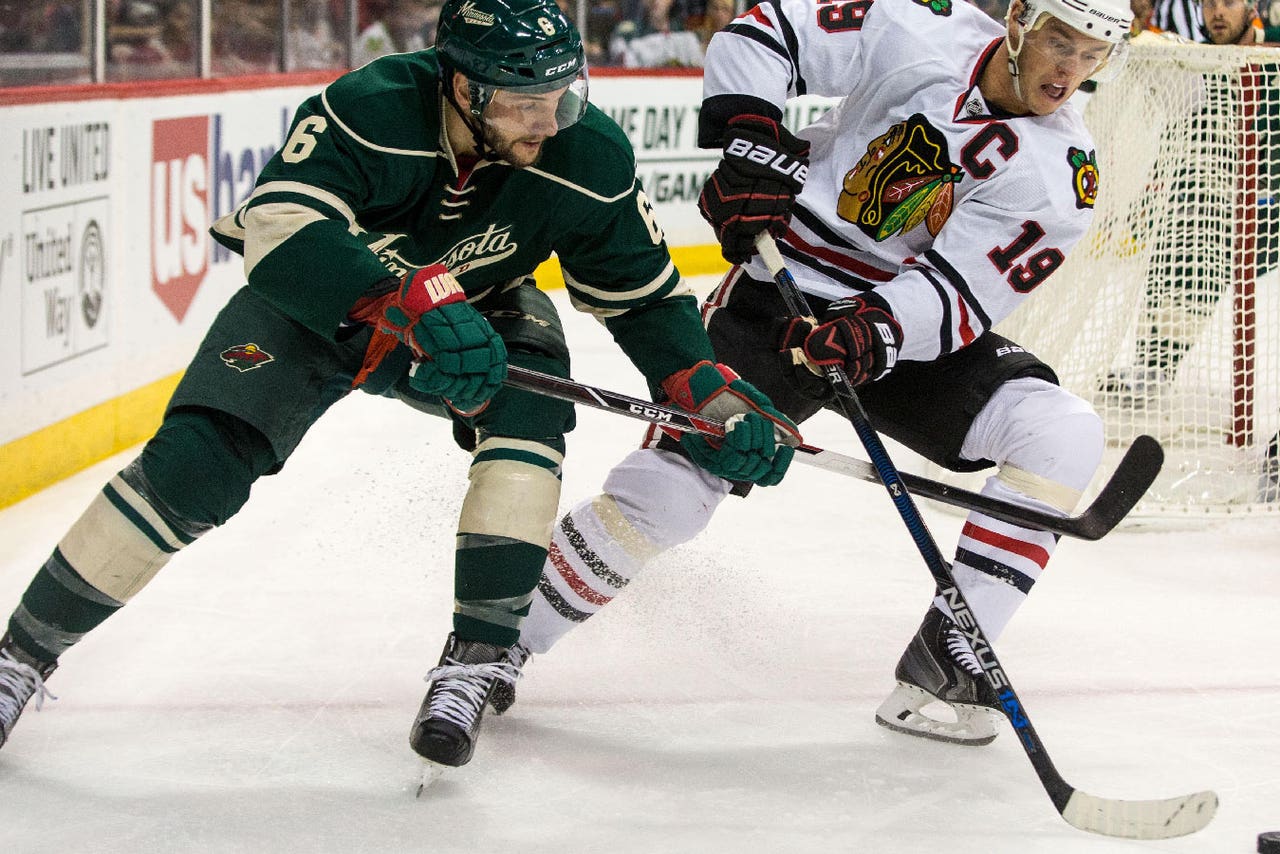 ST. PAUL -- The Minnesota Wild won't make too much of a regular-season win against their playoff nemesis.

Minnesota knows the postseason is what really matters when it comes to measuring itself against the Chicago Blackhawks.

Jason Zucker scored 18 seconds into the game and assisted on Nino Niederreiter's winner to lead the Wild to a 5-4 win over the Blackhawks on Friday night. Ryan Carter, Charlie Coyle and Jared Spurgeon also had goals for Minnesota, which dealt Chicago its second straight loss.

"We beat them in the regular season last year," Minnesota coach Mike Yeo said. "So, until we end their season like they've ended ours, then we don't take a whole lot out of that."

The Wild have lost to the Blackhawks in the playoffs each of the past three seasons, including the past two in the second round. But Minnesota has actually had the upper hand lately during the regular season, going 9-6-1 against Chicago in the last 16 games.

Mikko Koivu added three assists, and Devan Dubnyk made 25 saves, as the Wild won their fifth straight at home to start the season.

"It doesn't really matter how you get the win or against who, they're all important," said Koivu, who extended his point streak to a career-high eight games. "We knew the challenge coming in and the type of team they are, and the success that they had the past few years. So, for sure, it's always a good one to get and compete, and like I said before, to keep building our process."

Jonathan Toews scored twice for the Blackhawks, who finally snapped a 5-on-5 scoring drought. Brent Seabrook and Artem Anisimov had a goal each for Chicago and Scott Darling stopped 25 shots.

Two nights after setting a team record with a goal just 10 seconds into the game, Zucker started the scoring when he spun around with a loose puck and fired a quick shot past Darling.

Zucker's line struck quickly again in the third when he drove the net and Niederreiter poked home a loose puck just 32 seconds into the period.

"Zucks, he's a threat every time he's on the ice, so it's not surprising he's not going to wait for anyone else," Dubnyk said of the quick scoring.

While Minnesota tries to prove itself against Chicago, this season's version isn't the same Blackhawks, either.

It has led to the Blackhawks being the league's fifth-lowest scoring team entering Friday, averaging two goals per game. Chicago had won four of its past five but hadn't scored with the teams at full strength since Oct. 22 at Florida. Toews netted his second goal midway through the second at even-strength to end the drought at 266 minutes, 45 seconds.

"We did a good job of playing with speed and pace, but we gave up too much and that's not something we're trying to do," Seabrook said.

NOTES: Linesman Brian Mach, a Minnesota native, was honored before the game for officiating in his 1,000th NHL game.