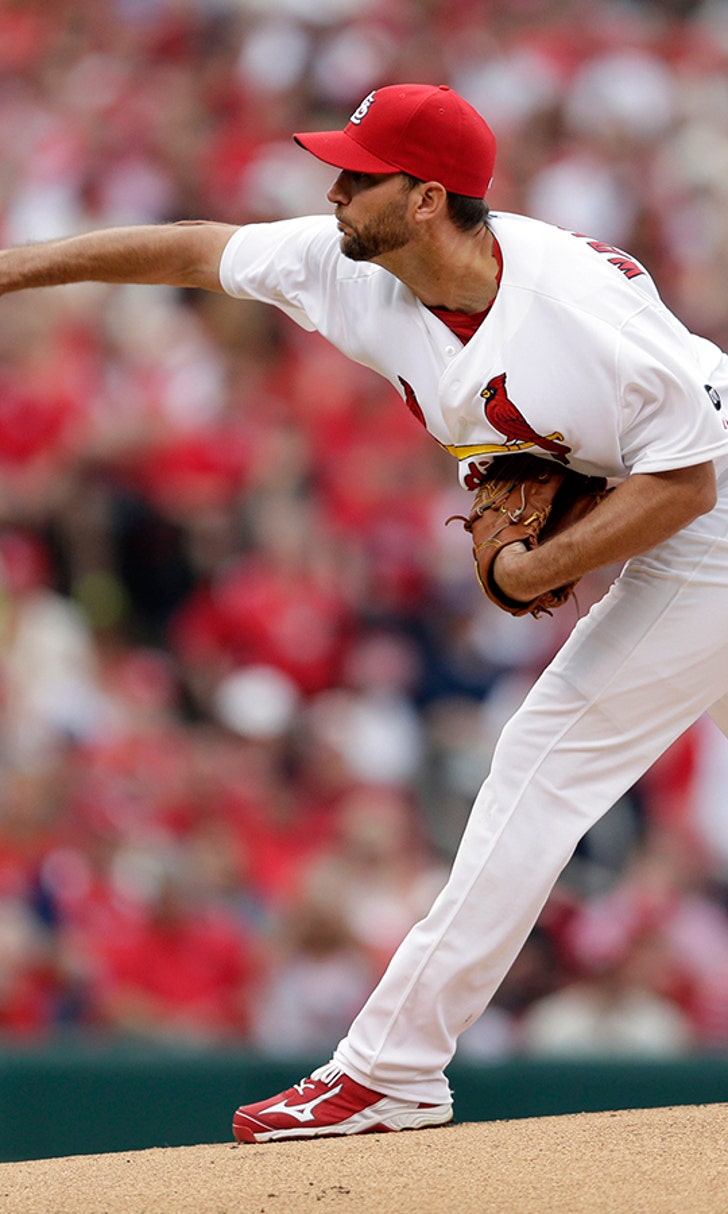 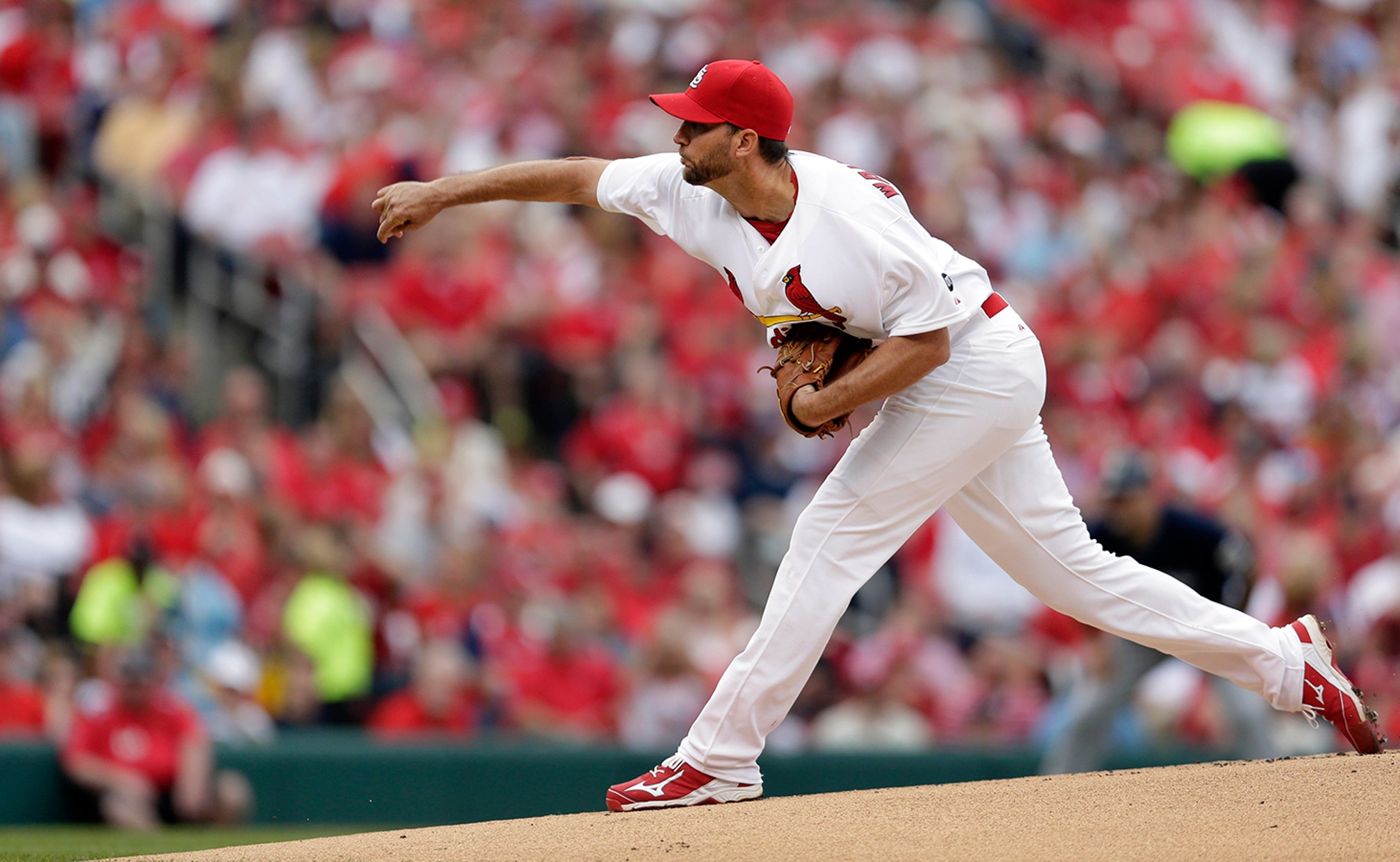 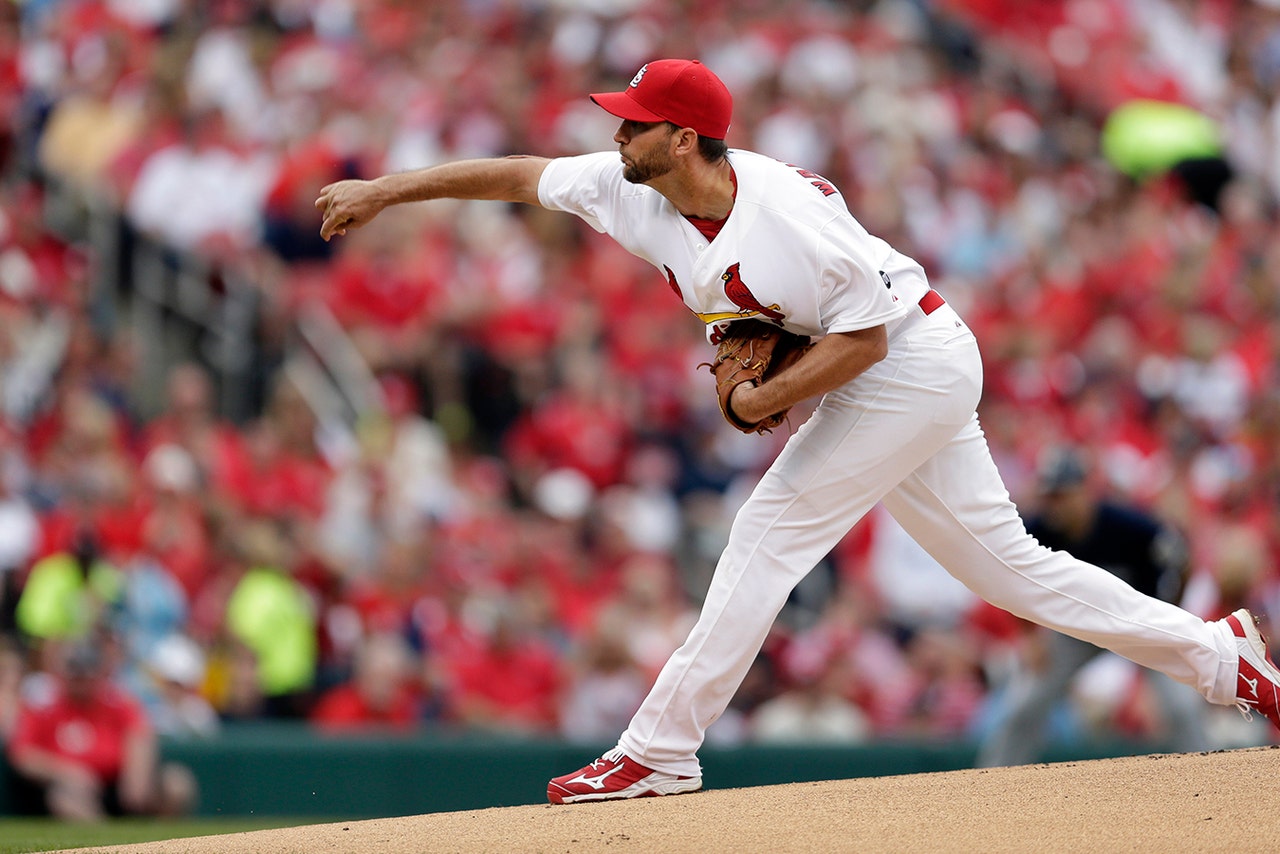 Another April, another fast start for the St. Louis Cardinals at the expense of the Cincinnati Reds.

The Cardinals look to finish a three-game sweep of their NL Central rivals Sunday night and post a fifth win over the Reds in the young season.

Since the start of the 2011 season, St. Louis is 16-6 in games played in the month of April versus the Reds. After taking two of three at Cincinnati last week, the Cardinals (7-3) are poised to sweep this three-game series following Saturday's 5-2 win.

Jason Heyward hit his first home run since joining the team in the offseason and Matt Carpenter continued his strong start with a two-run double. Carpenter has recorded six consecutive two-hit games, going 12 for 27 with six doubles in that span.

Matt Holliday extended his hitting streak to 10 games with a first-inning double before leaving with a stiff back and is questionable for this game. He has fared well against Reds scheduled starter Mike Leake, going 14 for 36 (.389) with a homer and three doubles.

They're not the only ones swinging hot bats for St. Louis, as Yadier Molina is 8 for 15 with six RBIs over his last four games.

Adam Wainwright (1-1, 2.08 ERA) wouldn't mind being the beneficiary of a continued consistent offense, but he also has fared well against Cincinnati recently. The right-hander did not allow a run and struck out 21 over 15 innings in winning both his starts versus the Reds last year and carries a 17-inning shutout streak against them into this contest.

Wainwright failed to build off a solid season debut against Milwaukee on Monday after being reached for five runs -- three earned -- and eight hits in seven innings of a 5-4 defeat. While successful versus Cincinnati last year, he has lost four straight home starts to the Reds while posting an 8.05 ERA in those defeats.

Cincinnati (5-6) has lost three straight and six of seven since a 4-0 start. The Reds have been held to three or fewer runs in five of those games during this slide while giving up four or more five times.

"We kept coming at them, we hit some balls hard," manager Bryan Price said after the Reds stranded nine runners for the second straight game. "But we weren't able to string together the big inning that we needed."

After being erratic with six walks in his season debut on April 8 versus Pittsburgh, Leake (0-0, 4.97) was wild in the strike zone Monday at Wrigley Field, giving up two home runs and four runs in seven innings but was in line for a victory before Cincinnati eventually lost 7-6 to Chicago in 10 innings.

Jay Bruce, who is 2 for 14 in his last four games, has been feast or famine versus Wainwright -- going 11 for 33 with two homers and two doubles while striking out 12 times. Speedster Billy Hamilton, who is day to day with an irritated right groin, may be given the day off since he has struck out in seven of his eight plate appearances against Wainwright.