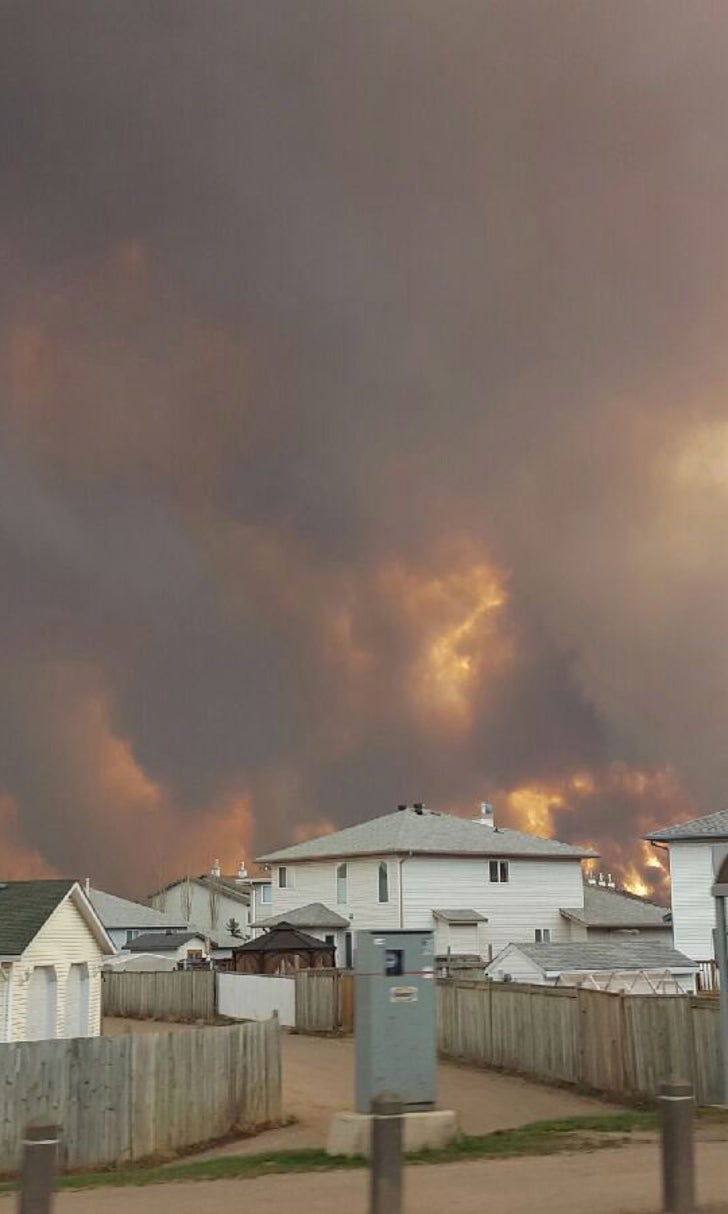 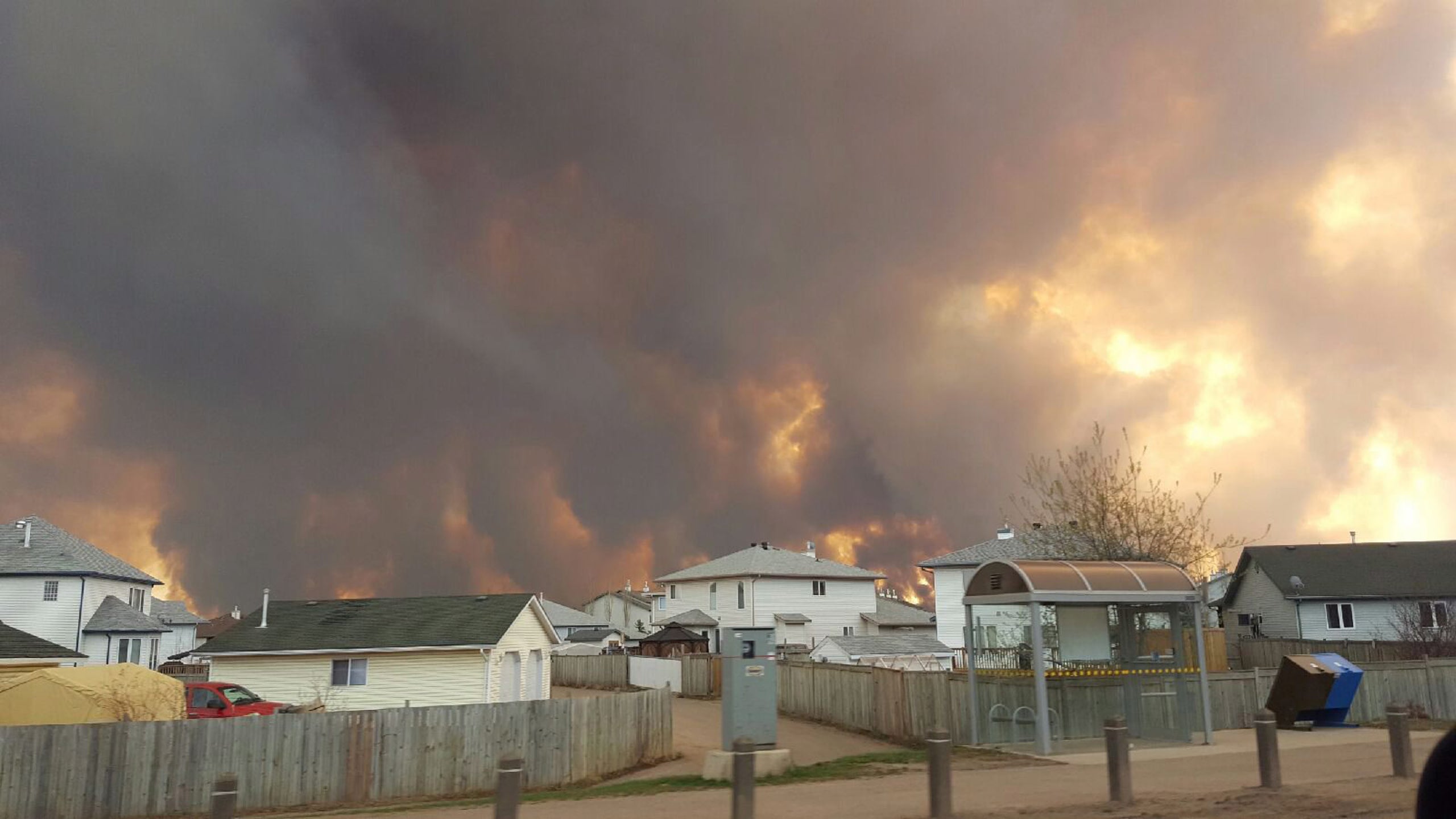 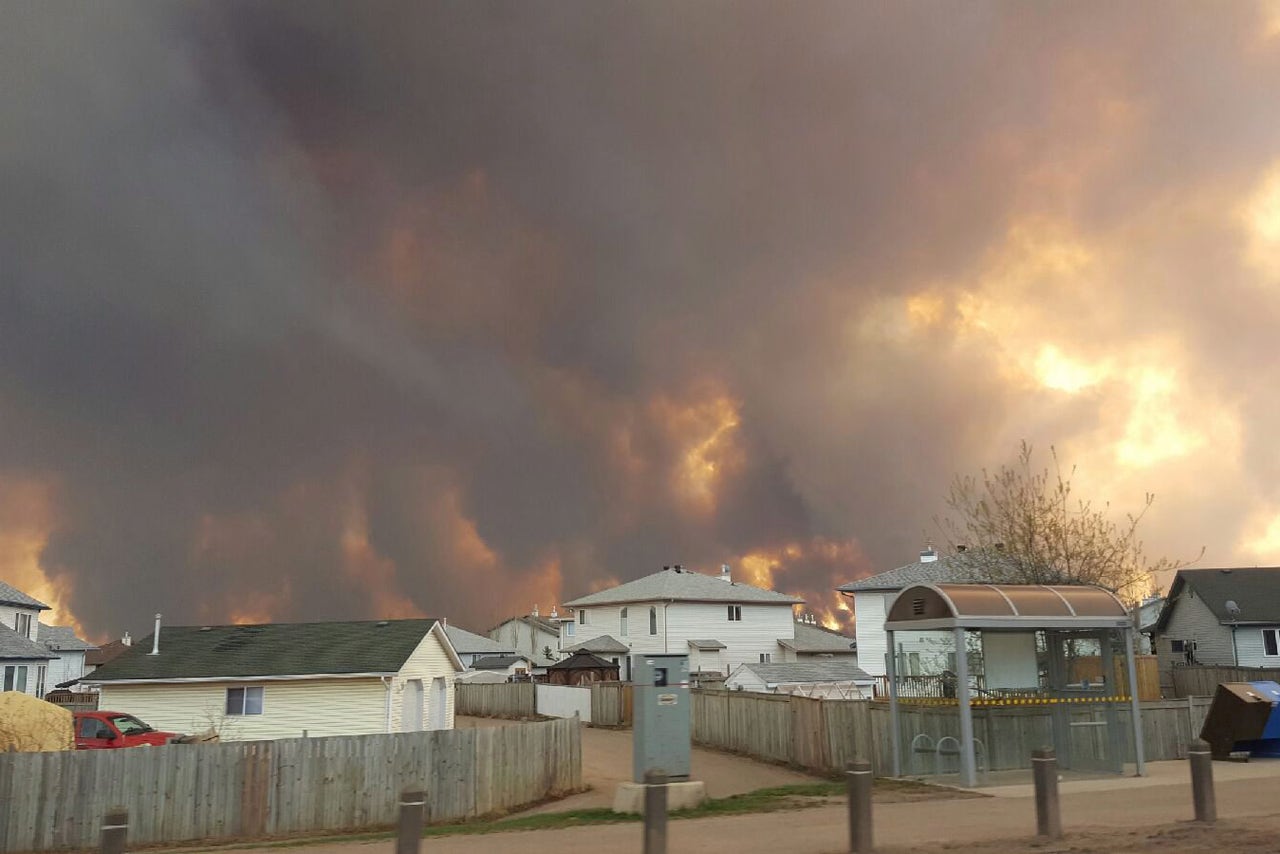 ST. LOUIS -- St. Louis Blues forward Scottie Upshall has numerous family members who live in Fort McMurray, Alberta, including a brother and his fiancee, plus aunts, uncles and nieces.

Playing Game 3 against the Dallas Stars in the second round of the playoffs was a welcome diversion from thoughts about the devastation wrought by a raging wildfire that has forced the evacuation of about 88,000 residents from the city surrounded by wilderness in the heart of Canada's oil sands region.

"Most of my family was trying not to overplay it at all, but there was nothing to really overplay when something like that happens," Upshall said.

Upshall's nieces were among those evacuated, although his brother and fiancee were in St. Louis to watch the game. Officials said the fire had destroyed or damaged an estimated 1,600 structures and that efforts to suppress the blaze had failed.

"It's been a great city, a city that's survived for many years through some tough times and for me, growing up there doesn't seem too long ago," said Upshall, who is 32. "Places that probably aren't standing anymore will be really, really tough to take. But as long as everyone's OK, that's the main thing."

Blues coach Ken Hitchcock is from Edmonton, about a four-hour drive from Fort McMurray. He interrupted his postgame news conference after Tuesday night's 6-1 victory by issuing condolences to those affected by the fire. Rookie defenseman Colton Parayko played two seasons of junior hockey at Fort McMurray.

Stars coach Lindy Ruff is from a small town near Edmonton.

"That's tragic, close to home for me," Ruff said. "Makes losing the game irrelevant. It's heartbreaking."

After Tuesday night's game, Hitchcock said he and Upshall were both able to make contact with friends and acquaintances in the city. Hitchcock said he probably knows about 100 people in the city, including close to a dozen former players from the Western Hockey League.

Unseasonably hot temperatures combined with dry conditions are blamed for feeding the wildfire.

"It's tough when it becomes national and global news for a city of 80,000 people," Upshall said. "It's pretty upsetting."

Upshall said he's gotten several encouraging texts to "go out and win the game for the city." It's been uplifting, juxtaposed with images from a city in flames.

"Yeah, a movie that I don't really want to watch," Upshall said. "I saw the freeway that I used to usually drive in from the airport, and both sides of the roads were kind of just 100-foot flames."

The Blues and team alumni will donate proceeds from a 50-50 raffle and silent auction by telephone during Game 4 on Thursday night to benefit families displayed by the fires. The silent auction will include game-used items and playoff goal pucks.

Fans can register for the auction at blues.myab.com using a computer or tablet or text "blues" to 52182 using a mobile device with bidding starting at 10 a.m. CDT Thursday and closing at the end of the second intermission.