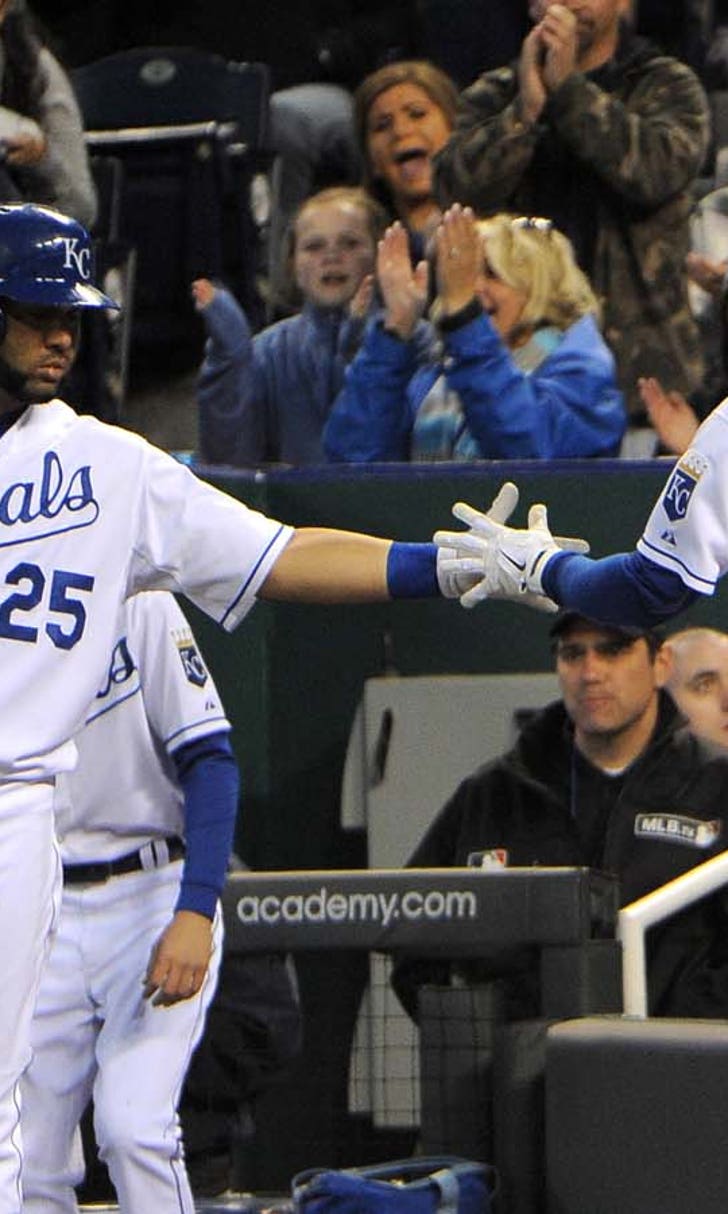 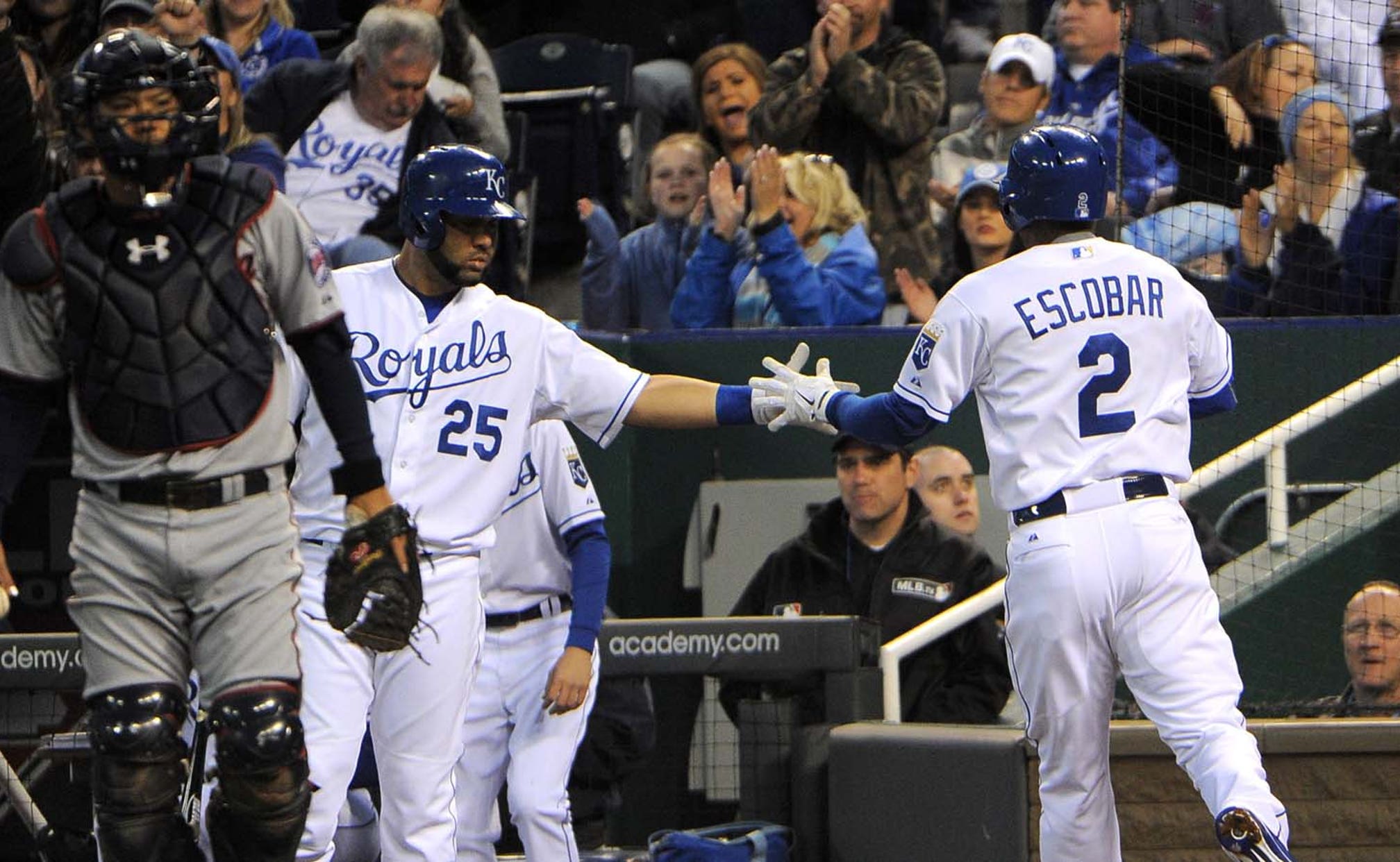 previous story
Blues' trip to Minnesota off to a rough start with 3-0 loss to Wild
next story
Is Rangers' Andrus statistically the 'worst' shortstop in MLB? 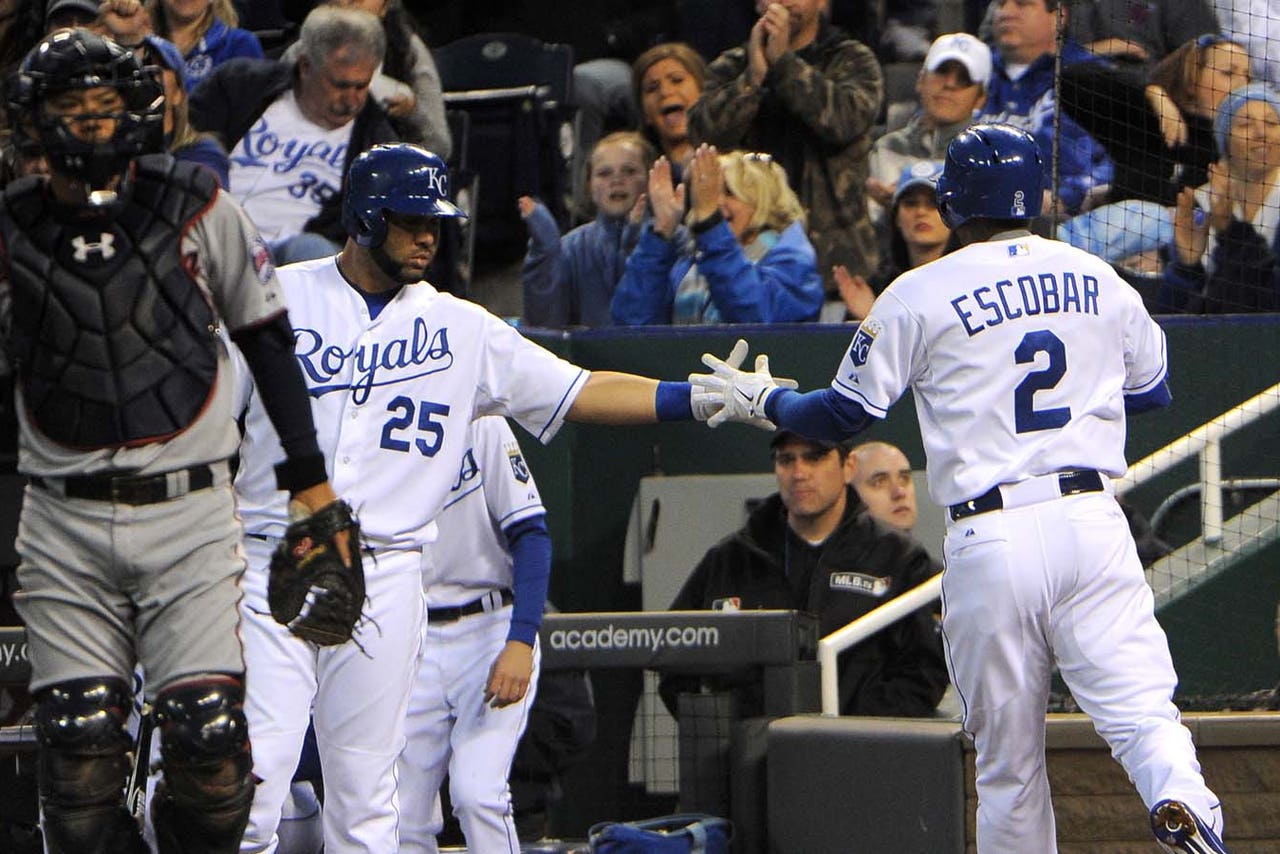 KANSAS CITY, Mo. (AP) -- Edinson Volquez is quickly proving his breakthrough season of a year ago was no fluke.

The Royals right-hander held down the Twins for seven innings Monday night, and Kansas City's opportunistic offense took advantage of a series of Minnesota miscues in a 7-1 victory.

"It feels good because the way I'm pitching, I'm carrying over everything," said Volquez, who went 13-7 with a 3.04 ERA for Pittsburgh. "Just trying to do what I did last year."

Royals manager Ned Yost said that pitching coach Dave Eiland has been working on mechanics with Volquez (2-1) that have allowed him to pitch even better than he did with the Pirates. He only allowed five hits and a walk while striking out five against Minnesota.

"We've been talking about him since he first got here," Yost said. "We felt last year was a big year for him. He really turned the corner with his mechanics on some things."

Alcides Escobar returned from a sprained knee to score a run Monday night, and Kendrys Morales and Paulo Orlando drove in a pair each as the Royals finally figured out Kyle Gibson.

Their nemesis gave up four runs in five-plus innings after beating the Royals the first four times he faced them. Gibson (1-2) was dominant last week in a 3-1 victory at Target Field.

"Gibby didn't have his best command, four walks and a couple of wild pitches," Twins manager Paul Molitor said. "He was struggling with his feel for off-speed pitches. His last start he had a good slider and changeup. Tonight he had to battle with his fastball.

"He didn't give up a lot of hits, but had a lot of base runners with the base on balls."

Gibson also didn't have the kind of defense that Kansas City has behind him.

After first baseman Eric Hosmer threw the ball away trying to start a double play in the second inning -- helping to contribute to Minnesota's only run -- he was on the receiving end of a double-play relay to end the threat. Alex Gordon also made a diving catch in left field, and Mike Moustakas made a couple of difficult plays at third base look routine.

The Royals left the bases loaded against Gibson in the second, but they evened the score in the third. Escobar doubled to lead off the inning, went to third on Moustakas's groundout, then trotted home easily when Gibson's pitch in the dirt got away from catcher Kurt Suzuki.

The score remained deadlocked until the sixth, when the Twins' Oswaldo Arcia dropped a slicing liner from Moustakas in left field. Hosmer worked a full-count walk, and Morales hit a double down the left-field line to give Kansas City its first lead of the game.

Hosmer scored moments later on a wild pitch by reliever Blaine Boyer, and Perez added a sacrifice fly to make it 4-1 through six innings.

Morales added an insurance run in the eighth when the Twins lost track of a pop fly in shallow right field, and Orlando's two-run triple moments later put things out of reach.

Kelvin Herrera breezed through the eighth inning in relief of Volquez, and former Phillies closer Ryan Madson handled the ninth inning to wrap up the win.

"We've had a few of those games where they've had shape for a while and then things kind of broke down for us," Molitor said. "We missed the play in left and we can't contain them at the end to give ourselves a chance."

Trainer's room: Twins RHP Ricky Nolasco (right elbow inflammation) is scheduled to make a rehab start Saturday for Class A Cedar Rapids. He threw off a mound Sunday with no problems.

Royals LHP Jason Vargas (1-1) allowed 10 hits and five runs in three innings against the Twins last Thursday. It was his shortest start since 2011.