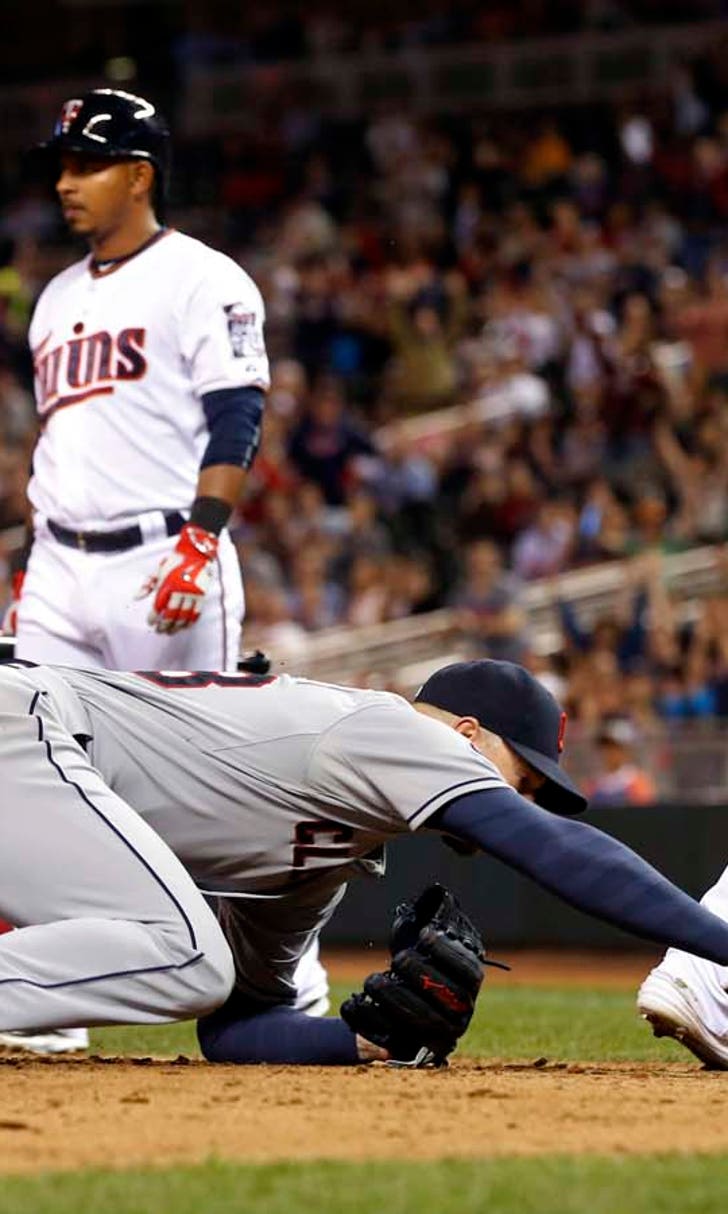 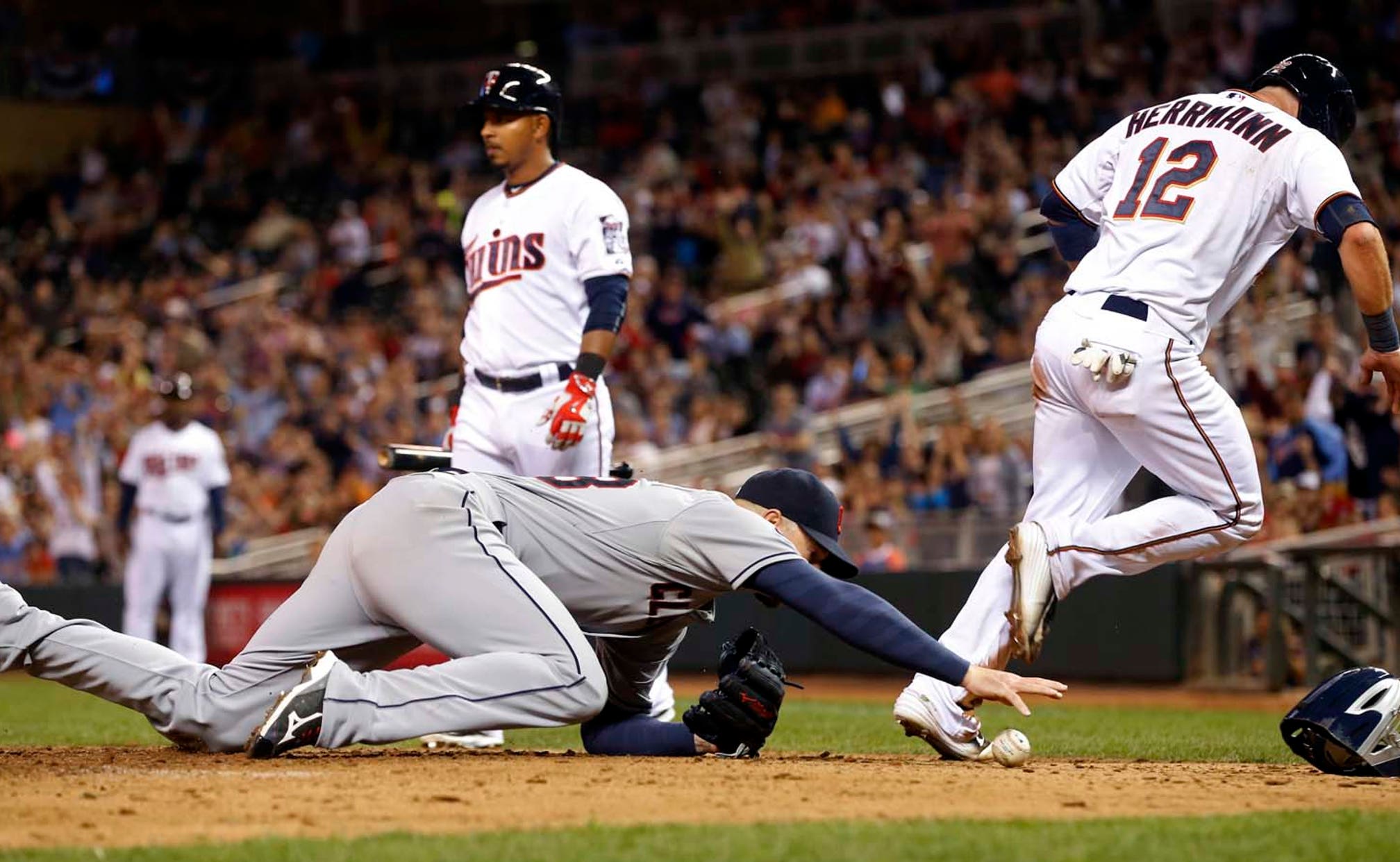 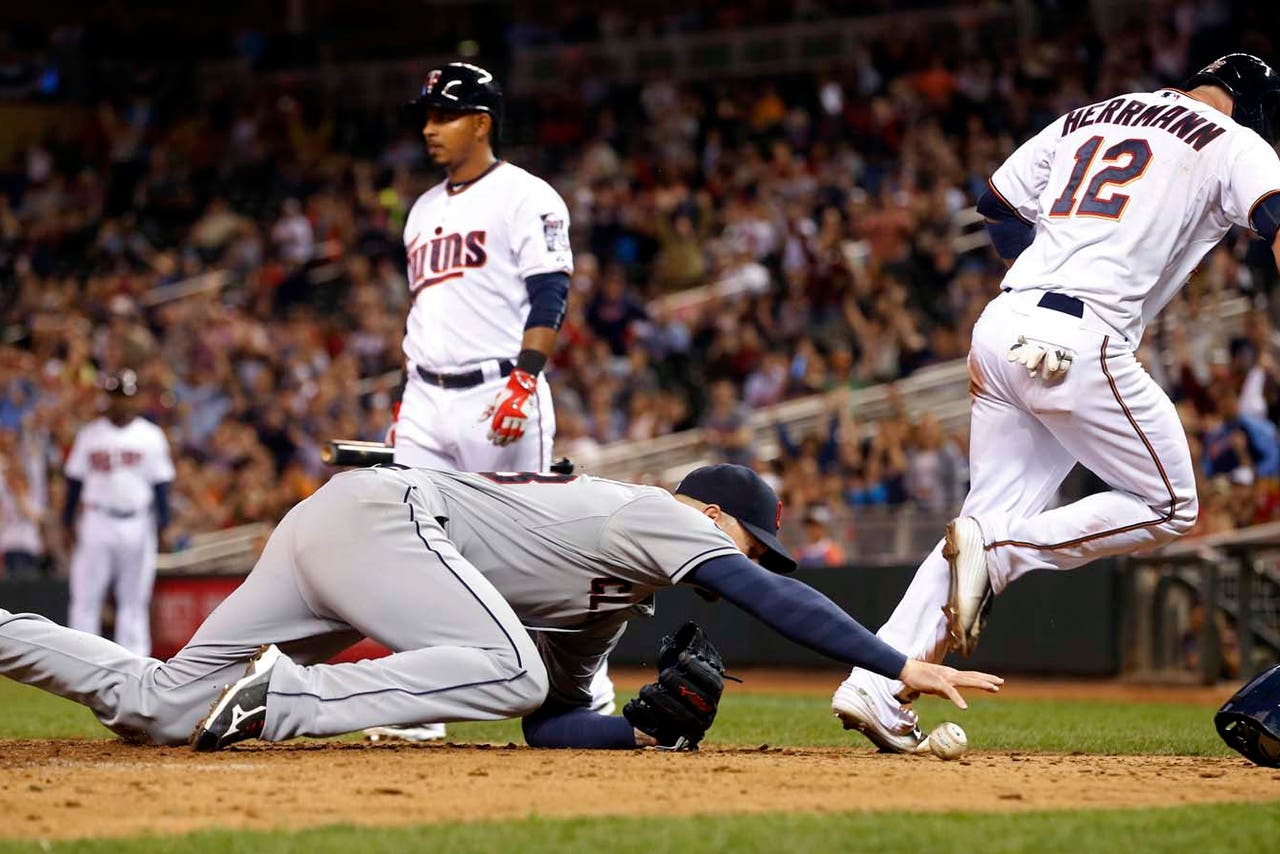 MINNEAPOLIS (AP) -- Trevor Plouffe stepped to the plate in the 11th inning with a .118 batting average after opening the season with just four hits in his first 34 at-bats.

With one mammoth swing, he took out two weeks' worth of frustration and sent the Minnesota Twins to a third straight victory.

Plouffe's soaring home run lifted Minnesota to a 3-2 win over the Cleveland Indians on Friday night.

Plouffe connected against Bryan Shaw (0-1), sending a drive into the second deck in left field. He stared into the dugout as he jogged to first base, not needing to see the pitch land in the seats.

"I usually don't react like that, but there was a lot of frustration coming out right there," Plouffe said. "It was a great win for us."

Chris Herrmann had two hits, an RBI and some slick baserunning to help the Twins continue their rebound from an ugly 1-6 start. Plouffe was right in the center of those struggles, including some difficulties in the field at third base.

"The biggest thing is you just see the awful numbers on the scoreboard that you can't hide from," Plouffe said. "But you just have to trust the process and know that's going to happen throughout the year. Can't get too low or too high."

Brandon Moss homered for the Indians (3-6), who fell to 0-3 in games pitched by AL Cy Young Award winner Corey Kluber.

Kluber was perfect through five innings, but uncharacteristically erratic after that. He gave up two runs and three hits in eight innings. He struck out eight, but also threw two wild pitches and hit a batter.

It was the second time this season that Kluber took a no-hit bid into the sixth inning. He also did it on Opening Day at Houston.

Kluber was in complete control at the start against a Twins lineup with five players hitting .200 or lower.

Then, seemingly out of nowhere, the Indians and Kluber came unglued in the sixth.

Oswaldo Arcia, who had struck out 12 times in 17 career at-bats against Kluber, led off with a single to right field and moved to second on a wild pitch. Herrmann followed with an RBI single and moved up to second on a throwing error by Moss in right field.

Then shortstop Jose Ramirez fielded a hard grounder from Jordan Schafer and tried to get Herrmann at third base. Herrmann made a nifty slide to avoid a tag, and then scored on Kluber's second wild pitch of the inning.

Kluber had only three wild pitches all of last season and would have matched that number had his errant delivery in the eighth not hit Eduardo Escobar in the left foot.

"The one where the run scored, that's what we were trying to do. Go down with the cutter, get him to swing at it," Kluber said. "But sometimes those get by."

Michael Brantley returned to the Indians' lineup after missing four games with a bad back and went 2 for 5 as the designated hitter.

Pelfrey's start: Minnesota's Mike Pelfrey breezed through three innings before losing control. He only gave up one run and three hits, but four walks cut his start short at five innings. His wild pitch in the fifth allowed the Indians to get on the board.

Trainer's room: Escobar left the game after being hit in the eighth.  . . . LHP Brian Duensing was placed on the 15-day disabled list with an intercostal strain, an injury to the muscles in his rib cage. GM Terry Ryan said Duensing first felt tightness on Monday, but tried to pitch through it. Caleb Thielbar was recalled to take his place.

Up next: Indians RHP Danny Salazar will make his season debut in Game 2 of the series after being called up from Triple-A Columbus. Francona said the plan is to leave him in the rotation for a while and keep Zach McAllister in the bullpen.

Twins RHP Phil Hughes (0-2, 5.25 ERA) will look to get on track after a sketchy first two trips to the mound this season. Hughes is the team's ace, and is being counted on more than ever after Ervin Santana was suspended for 80 games and Ricky Nolasco hit the disabled list with elbow problems.