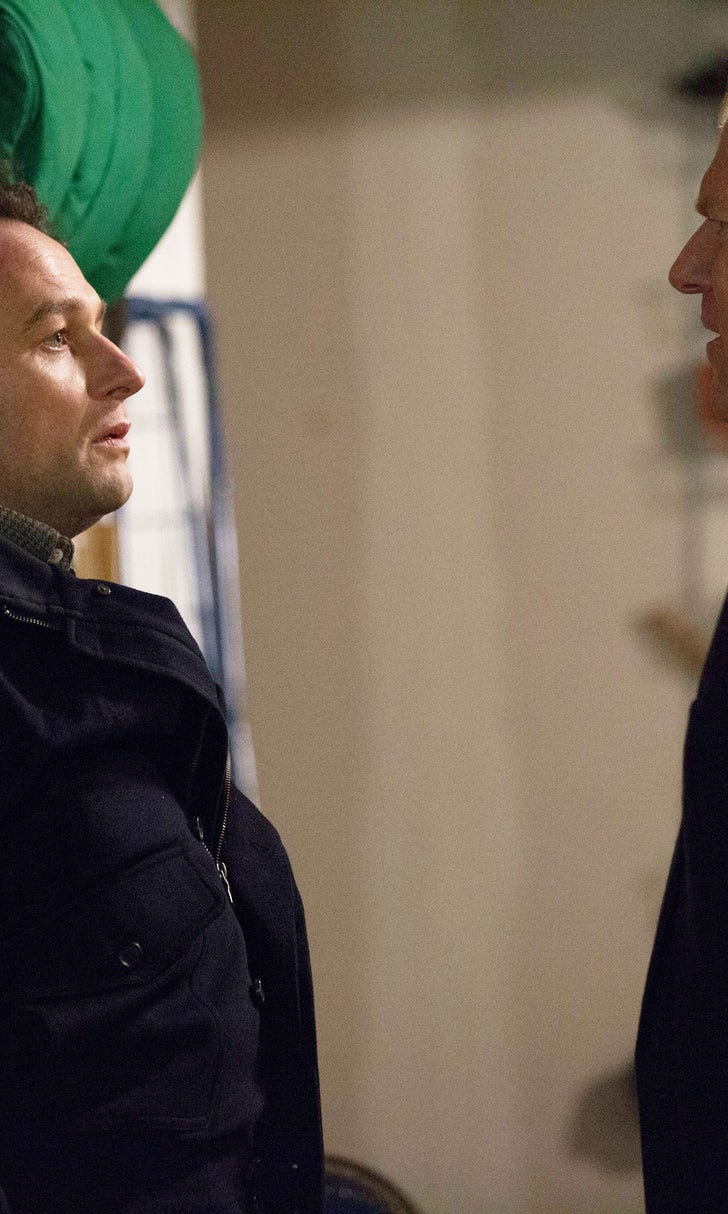 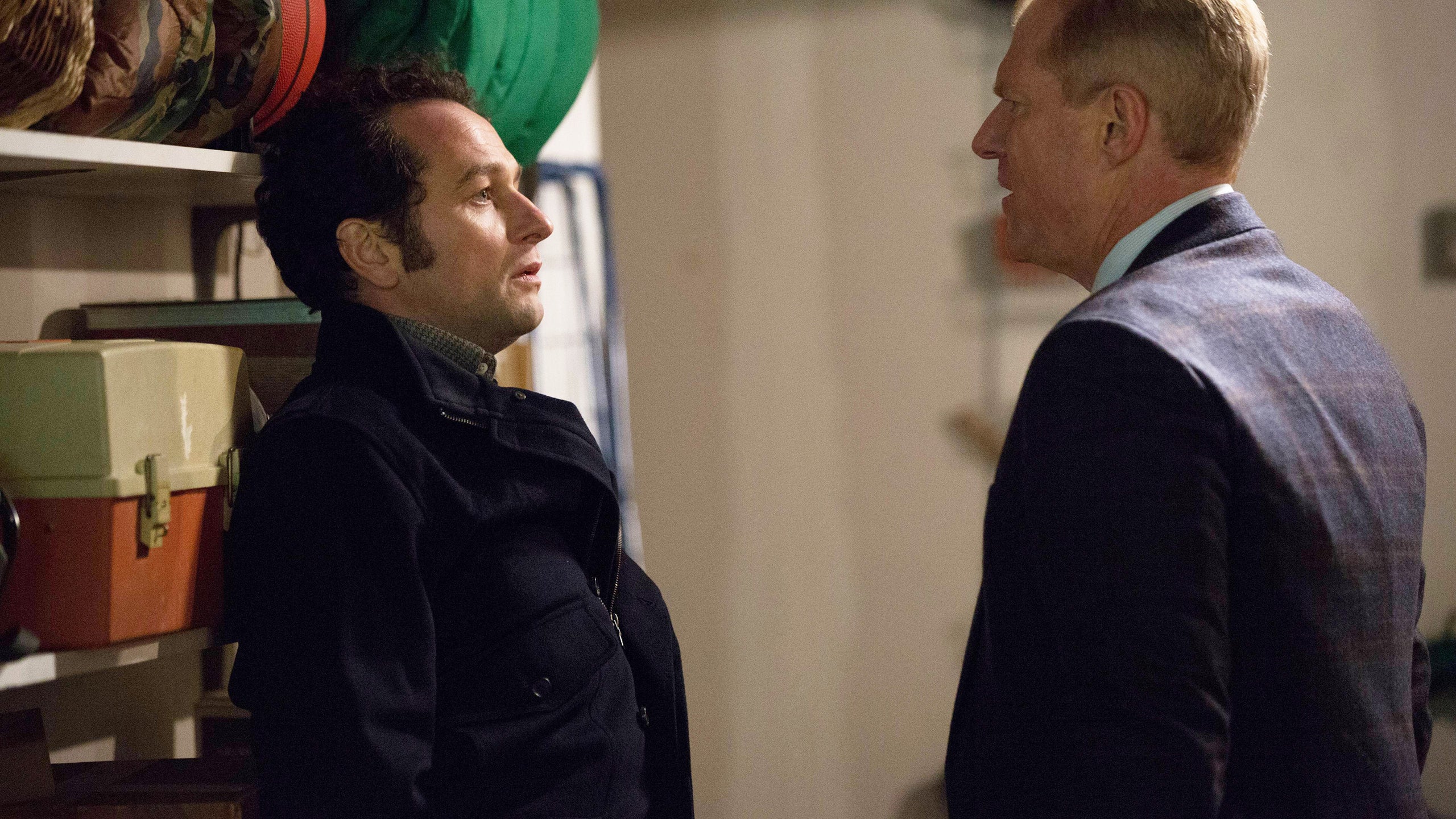 Without question, The Americans has been a top ten drama since its inception, and has pushed the top ONE in the second and third seasons. Ratings are not always indicative of quality; in fact, it's more accurate to say that at least during this era of what's been called "Peak TV," the vast majority of great dramas haven't necessarily been ratings juggernauts.

Look back to Friday Night Lights, which struggled to maintain mediocre numbers and then was rescued by DirecTV. Breaking Bad and Mad Men both stumbled and fell when it came to analytics, despite racking up nominations and awards. For every Game of Thrones or The Walking Dead, there are ten obscure shows most viewers have never even heard of, much less seen.

So, we remain thankful for networks like FX and AMC, comprised of individuals who see value not just in terms of eyeballs, dollars, and decimal points, but also in artistic strength and critical response. On Wednesday, Philip and Elizabeth's saga continued, and guess what, The Americans remains a can't miss show that may not be fully appreciated until long after it exits the cable airwaves. It's going to be viewed in five or ten years in a similar fashion to how people talk about The Wire, another series that moved at a slow (though deliberate and thoughtful) pace at times, but remained riveting and deeply affecting.

I say the word "suitcase," and if you watched last year, you cringe and put down the sandwich.

Season 3 focused heavily on Paige's personal choice to grow in her faith, also to stand up for causes in which she believed, and how her increased curiosity led her to question just what exactly her parents did outside of their small, yet successful travel agency in Washington D.C. Surprisingly, the first episode of Season 4 didn't follow with that thread as much as it did Martha Hanson's tortured existence, the fallout from Elizabeth and Paige's trip to Germany to see her mother, and the strange angle with Philip and Sandra Beeman. And of course, Glanders, which makes me afraid to ever open an Altoids tin again. And thank god I don't use snuff.

Here's the thing about The Americans: Virtually everything the show does and everywhere it goes, the narrative remains tight and the vision clear. Even if some of the smaller threads exist mainly in obscurity, it's not required to understand every second of every episode. In fact, I'll admit that at times I've been very confused as to the smaller machinations of the story, but I never feel entirely lost. I'm perfectly fine being carried through the world and permitted to remain in a mild haze.

I know enough, and when the time comes, what once was full of opacity becomes entirely transparent. I often rewatch some of the heavier episodes after each season finale and pick up on the details. The fact that I feel compelled to do so is a major compliment to The Americans, because with as much television as there is to see, it's hard to make the time to go back for a second helping of the same dish.

The fourth season chose to give us one brief conversation with Paige and Pastor Tim, where she makes it clear that the secret the two share...will remain the secret the two share. Tim doesn't seem thrilled to, in effect, circumvent a lie through omission of facts, but he also understands the danger involved with knowing the identity of two Russian spies at one of the high points of the Cold War.

Unquestionably, more is coming due to the gravity and pressure of what the teenager and her spiritual advisor know, and I still don't feel too good for Tim's chances down the line. It doesn't help his chances of survival that neither Philip, nor Elizabeth, are fans of his in any respect. Coming from the Marxist ideal that religion is the opiate of the masses, a purveyor of such fantasy would be high on the hit list.

One of the more solid on screen relationships in the series continues to be Philip and Martha, which took on added complexity once Jennings spun the untruth about being an undercover agent, part of an internal affairs investigation into her department at the FBI. Both Alison Wright and Matthew Rhys do an unbelievable job at selling us into their shoes in the sequences of added emphasis. Also, Martha's reactions and anxiety at what Philip continually asks her to do make it appear as if she knows he's a Russian spy. Her facial expressions come across as if she thinks she's committing a crime, not just assisting IA against her colleagues.

Rhys, who remains criminally robbed of multiple Emmy nominations, plays Philip Jennings in a way where the viewer can feel opposite emotions simultaneously. His motives aren't sympathetic, but he treats Martha as well as he can and seems driven to protect her from harm. He recognizes her status as a pawn in a larger game, but he has no choice but to deceive her. Or, perhaps he's just that good a manipulator? The performance and its subtlety and nuance combine to provide multiple levels of psychology. The result is utterly captivating, and of course extends to the great Keri Russell, though Elizabeth is less conflicted, a true believer to a consistent degree higher than her husband. Both leads should have won

When Philip comes to Martha, wakes her up, and tells her he had a large part in Gene's murder, a death she was unaware of until that moment. She goes from disbelief to disgust to dread to disillusionment, but somehow he still gets through to her that in order to end Walter Taffet's investigation and ensure her safety. The ramifications of it certainly get to her, but she still ends up in her husband's embrace, thanking him for being honest with her. Oh honey, if only you knew. And there's just no way this can end well.

Philip and Sandra go out for an innocent (I think, although admittedly he and Stan both know she's a looker) drink after EST and we quickly get an answer to our question as to how long the two could be casual friends before it exploded. That scene in the garage, where Stan confronts his neighbor and slams him up against the wall, almost jarring loose the Glanders tin from under his coat, was a highlight of the hour. It was probably the best scene involving a garage since Hank confronted Walter White in Albuquerque.

Noah Emmerich just keeps getting better, and Weisberg is nice enough to give Stan a new love interest, though clearly Sandra is still on his brain. You can't really blame the guy; Philip didn't think to tell him about EST or the former Mrs. Beeman. He also hasn't told him he's a Russian spy that wouldn't mind slitting Stan's throat for representing the big evil.

Speaking of Glanders, Dylan Baker plays dangerous, unhinged creep about as well as anybody. When William rolls up and basically scoffs at the notion that meningitis is even in the same universe as his biochemical virus, you immediately believe it. Also, William is probably going to do some nasty things as he cuts in and out of the series. The Americans continues to dole out its story at a pace some dramas could never even attempt, much less execute. Each year, it's crystal clear how much despair is coming, but when those snapshots of hell do arrive, they're usually far more viscerally mind blowing or heartbreaking than expected. This whole virus deal is going to be a major problem for somebody, or somebodies.

We also learn from Gabriel that problems still exist due to Philip's scheme to get his wife to Germany to see her mother one final time. The Centre isn't thrilled, and the veiled threats that often accompany its issued directives remain ominous. And at the Rezidentura, Arkady Ivanovich deals with his subordinates and shows a bit of concern for the budding closeness between Oleg and Tatiana. Lev Gorn rules.

Nina is still in the Gulag doing Nina things, and she seems savvier by the episode, always looking for a way out, but again convincing in her interactions. Much of the hope she displayed in the past is gone. It's not calculated, measured, and done purely for self-preservation, even though she might dig the scientist.

Critics have seen the first four episodes of the season, but I'll be doing a weekly article, rather than dropping everything at once. Generally, the pieces will be scheduled to drop within minutes of the closing credits. This week, we had the NCAA Tournament and a few other complications.

While many dramas have been deemed as "taut," I'm not sure we aren't seeing perhaps the most taut, concise, razor sharp drama of this era...or perhaps any other. Season 4's early stages are some of the best the series has ever delivered, and Joe Weisberg and Joel Fields have put together a show with writing that is nearly unparalleled in its intricacy and execution. Nothing is ever out of place.

There's a comfort that comes in a new episode of The Americans, because the opening credits indicate a guarantee of an hour of entertainment that won't just be worth your time, it will be worthy of your undivided, unimpeded attention. The lights off, the phone turned upside down, and the eyes glued to the screen. Every second matters. Every word counts. I'm thrilled to be writing about it every week, and look forward to discussing it with you guys as we move forward.

Glanders isn't the best of the first four eps, but that should tell you just how good it's going to get. The show remains an absolute master class of how to do television right and is a shining example of the power of focused, serial storytelling.

I'm @GuyNamedJason, and follow me there, but know I'm disappointed my parents didn't name me Arkady.