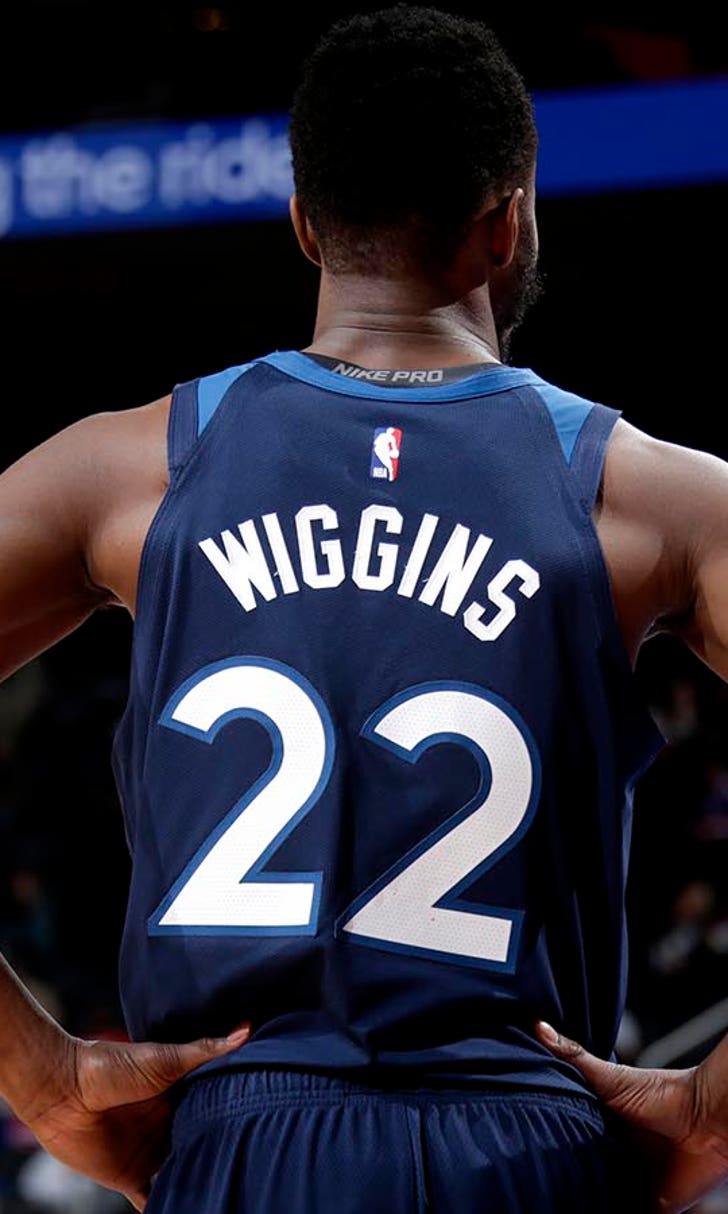 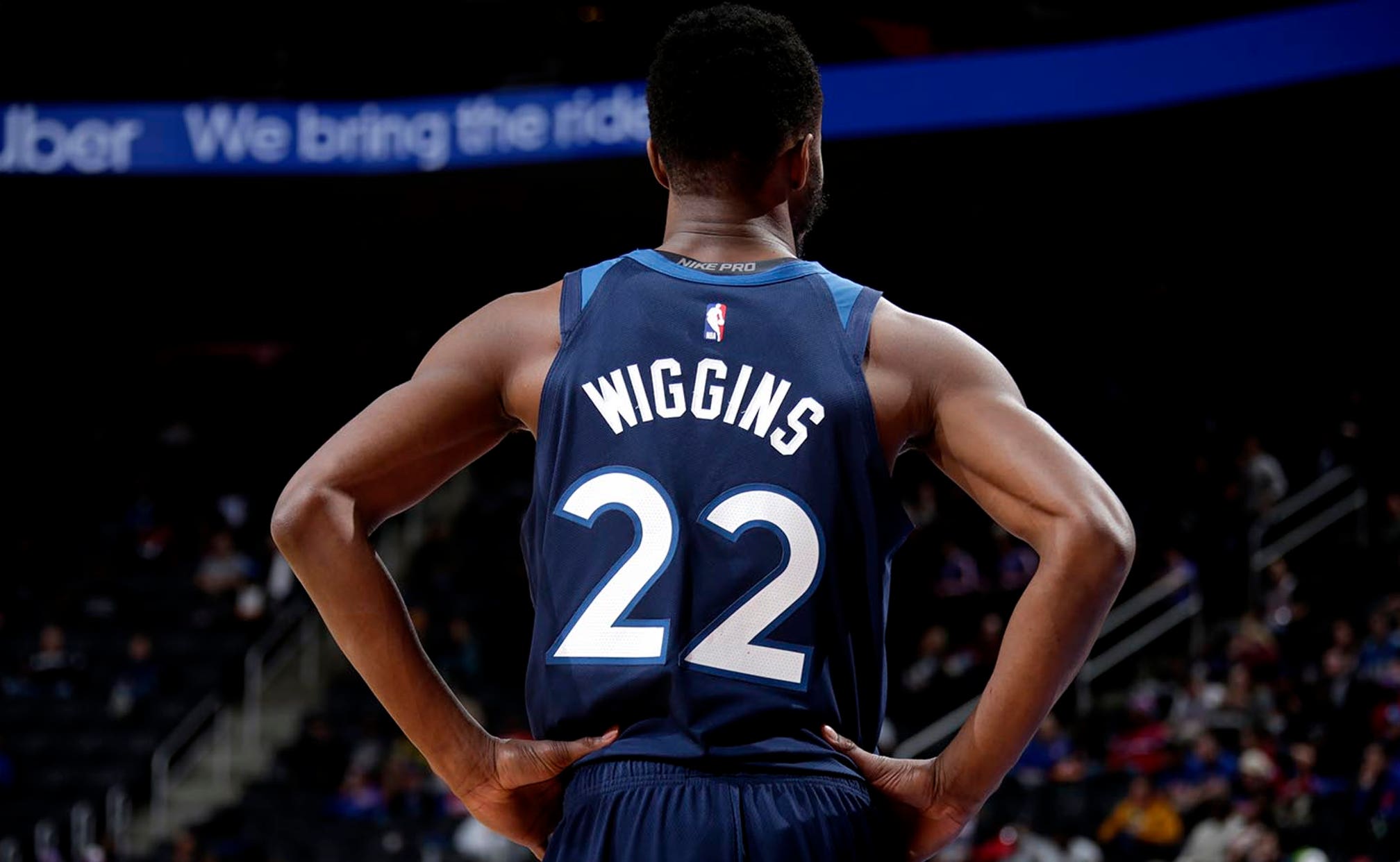 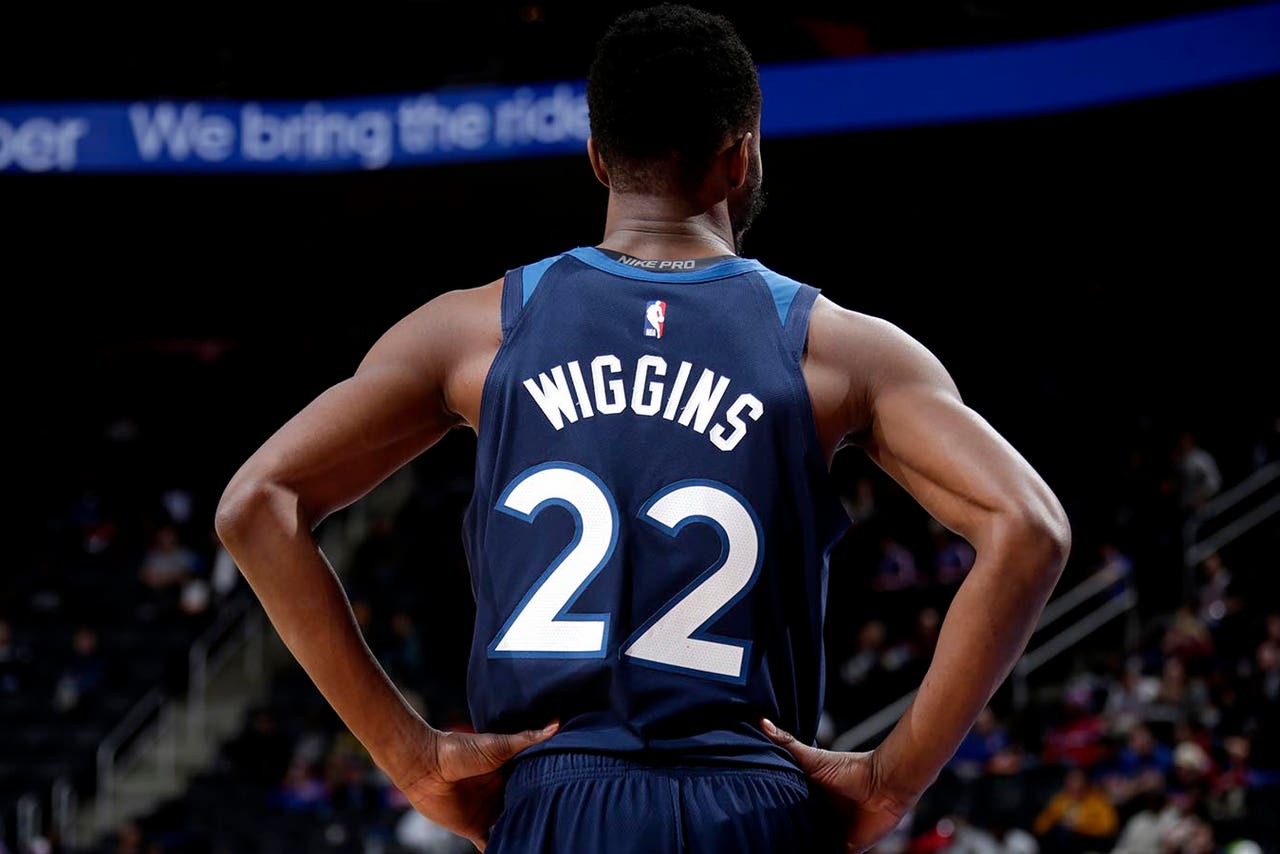 Andrew Wiggins has bought in.

The past four games, Wiggins has looked like an entirely different player -- the player that Ryan’s father, Flip Saunders, had envisioned when he sent Kevin Love to Cleveland in a blockbuster trade for Wiggins, the top pick of the 2014 draft.

He poured in a season-high 30 points against Memphis on Wednesday, then bested that with a 40-piece at home vs. Golden State. Wiggins kept it going by propelling the Wolves to overtime against Denver on Sunday and to a win over Detroit on Monday.

Asked Monday night about his recent play, Wiggins responded like most athletes would -- he's not concerned with the stat lines.

“All that comes by just playing hard and playing together and playing within the system,” Wiggins said. “Just getting the win is fine with me.”

But there is something to this new-look Wiggins and those box scores.

And chances are, they’ll lead to many more wins for the Timberwolves.

When Rosas took over as president of basketball operations in May, rumors immediately swirled around the internet about Wiggins going on the trade block as an asset or even just for a salary dump. But both Rosas and Saunders made it clear that they believed in Wiggins’ game. Saunders insisted Wiggins would cut down on long 2-point attempts early in the shot clock and focus on driving to the basket and putting up 3s.

The early returns on this plan look good.

In past years, we would watch Wiggins dribble around the perimeter, take a step or two and settle for a deep 2. In those same situations this season, we’ve seen Wiggins attack the basket …

… Or back up to knock down a triple.

The key word here is efficiency. Today’s NBA looks down upon the midrange jumper. After all, two points from 21 feet away count the same as two points via a layup or dunk. It’s not an efficient shot.

Ten games into the 2019-20 season, over half of Wiggins’ field-goal attempts are coming from within the paint, and 34.3% from restricted area alone. 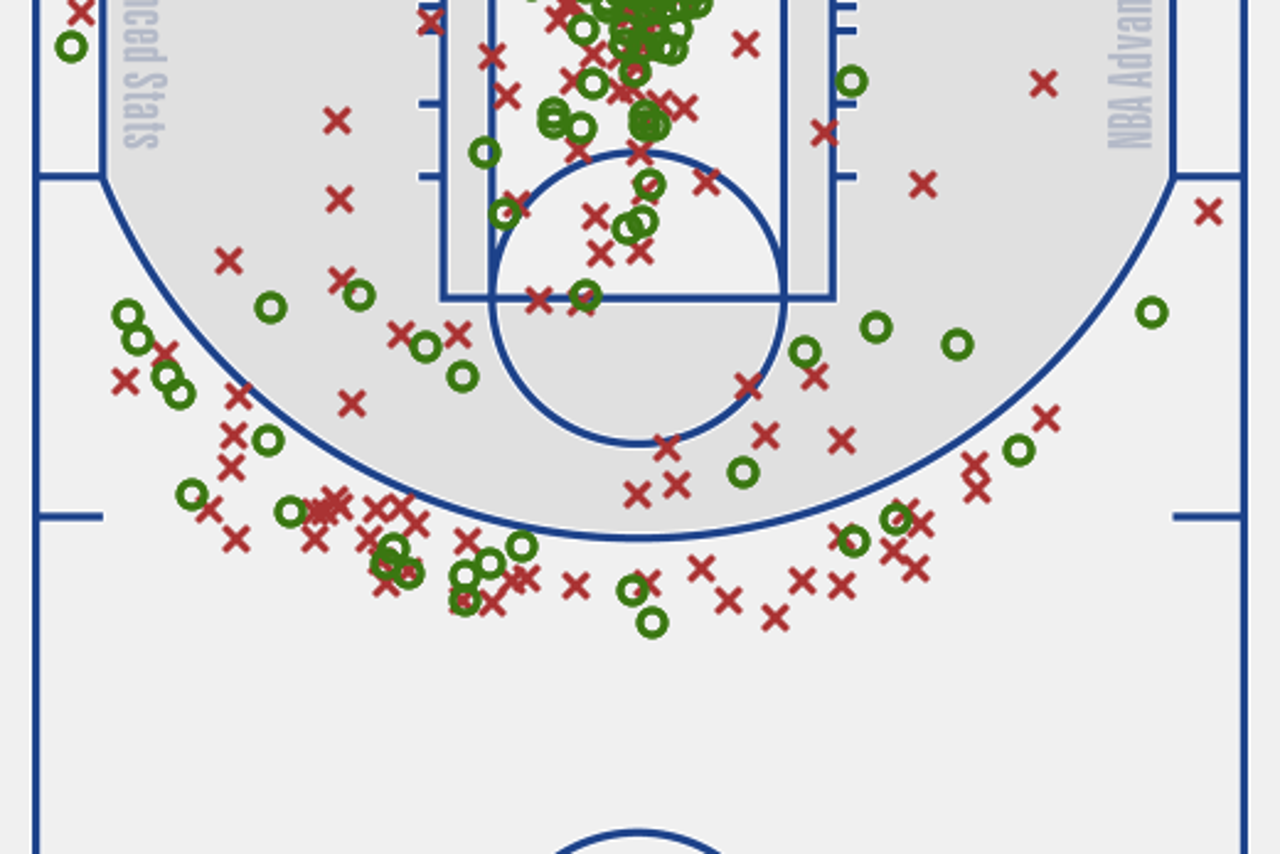 Wiggins has now sunk double-digit field goals in five straight games, the second-longest streak of his career. You can credit Saunders’ new formula for that run.

This four-game stretch has seen Wiggins produce big numbers away from the points column, too. The 24-year-old has tallied 25+ points and 5+ assists in all four contests. As pointed out by Katie Davidson of The Athletic, Wiggins had only achieved that 11 times in his entire career before this streak -- that’s 2.7% of games played. Now he’s done it four games in a row.

Want more streaks? Wiggins has posted 25+ points, 4+ rebounds and 5+ assists in his last three contests. He had never done that in consecutive games -- ever -- over his career and just 10 other times total.

Wiggins also has registered one or more block in seven straight, one shy of his longest streak of eight, set last February -- one month after Saunders took over as interim head coach.

STEPPING UP IN CRUNCH TIME

Perhaps the most impressive part of Wiggins’ start to 2019-20 is these numbers aren’t getting inflated in garbage time when the game is out of hand. In fact, Wiggins has been at his best in the fourth quarter.

In clutch time – defined by NBA.com as the fourth quarter or overtime with less than five minutes remaining and neither team ahead by more than five points – Wiggins is averaging 7.0 points, which ranks second among NBA players. Minnesota is 4-1 in games that feature clutch time.

Wiggins comes in at sixth with averages of 8.6 points per fourth quarter and leads the league in total overtime points, 14.

Are we overreacting to Wiggins’ latest four games? Perhaps. A couple of nice games in a row won’t punch Wiggins’ ticket to the 2020 All-Star Game in Chicago. But no matter how you add it up -- the eye test, the stats or the wins -- Wiggins looks different in 2019-20.

Minnesota Timberwolves
share story
those were the latest stories
Want to see more?
View All Stories
Fox Sports™ and © 2020 Fox Media LLC and Fox Sports Interactive Media, LLC. All rights reserved. Use of this website (including any and all parts and components) constitutes your acceptance of these Terms of Use and Updated Privacy Policy. Advertising Choices. Do Not Sell my Personal Info