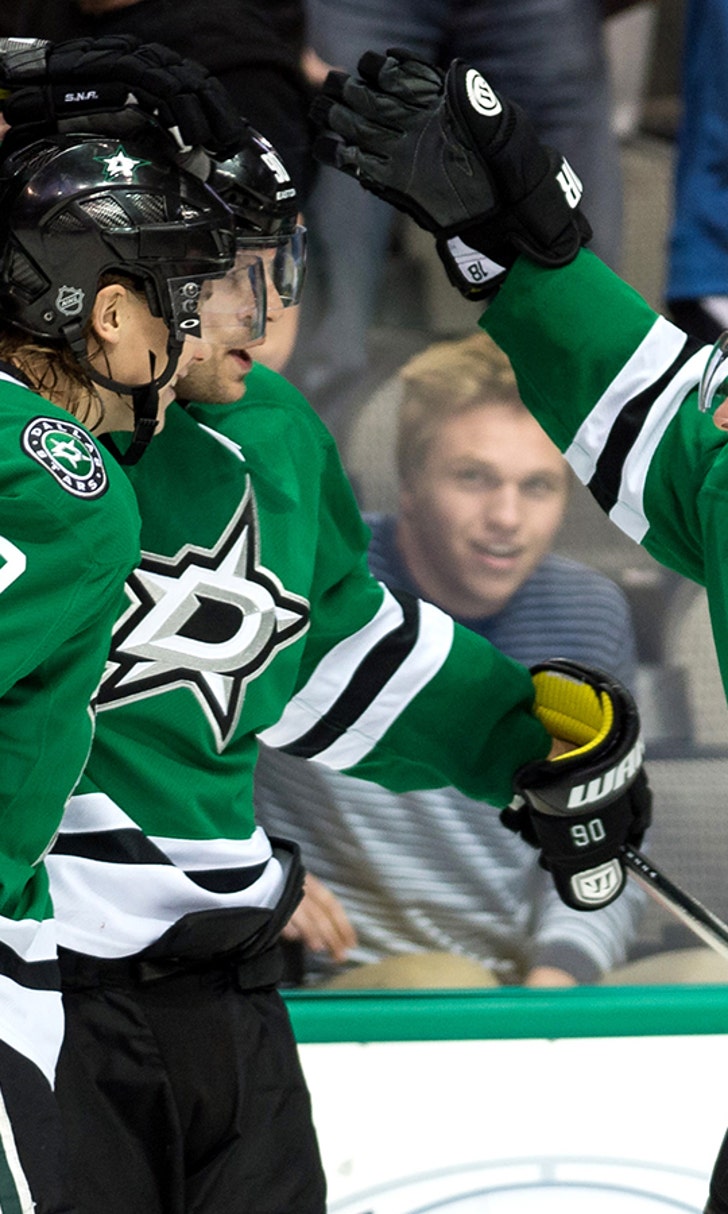 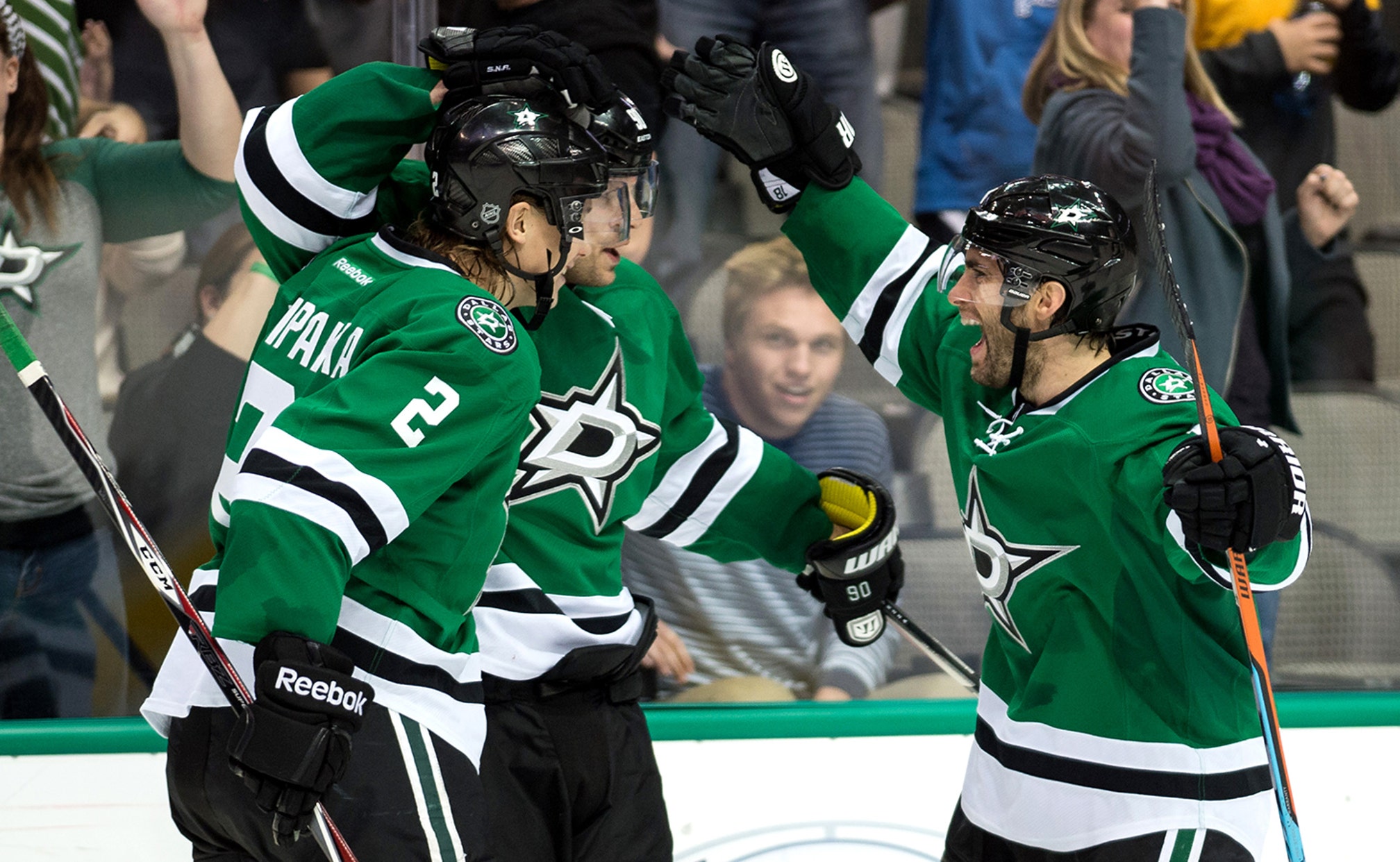 Stars score three in 3rd period to rally past Coyotes

John Klingberg, Cody Eakin and Jason Spezza all scored in the third period, rallying the Dallas Stars to a 3-1 victory over the Arizona Coyotes on Thursday night.

Arizona has lost its last five games in Dallas.

Klingberg and Eakin scored 33 seconds apart in the opening minute of the third period. Klingberg's goal from the slot was his first in the NHL, in his sixth game, and tied the score 19 seconds into the period. Eakin tipped Trevor Daley's shot from the blue line over Arizona goalie Mike Smith at 52 seconds.

Spezza made it 3-1 with 4:18 remaining as he skated behind the net, came out on the left side and shot into the net.

Lauri Korpikoski scored for the Coyotes with 5:39 left in the first period. He put in a rebound of Sam Gagner's shot off Stars goalie Kari Lehtonen's pads.

Lehtonen had 26 saves and Smith finished with 24.

The Coyotes dominated the early play. When Korpikoski scored on the power play, the Coyotes had outshot Dallas 9-4. The Stars put the final five shots on goal to finish the period 9-9.

Dallas appeared to tie the score with 5:22 left in the second, when Eakin redirected a pass from Travis Moen past Smith. However, the referees ruled that Brenden Dillon had remained in the blue area in front of the net too long.

The score remained 1-0 after the second period, when the Coyotes outshot the Stars 10-9.

NOTES: The Stars started players from five countries -- Dillon and Spezza (Canada), Lehtonen (Finland), Klingberg (Sweden), Hemsky (Czech Republic) and Antoine Roussel (France). ... RW Patrick Eaves returned after missing three games because of a foot injury. .. C Ryan Garbutt (upper-body injury) is expected to be out for a week. Garbutt scored the winning goal, short-handed, in Dallas' 4-3 victory Nov. 11 at Arizona. ... Coyotes C Martin Hanzal (lower body) missed his second game. ... Gagner's assist was the 200th of his career. ... Arizona is 2-5-1 in games with three or fewer goals scored. Dallas is 2-1-1. ... Smith is 7-5-5 against his former team.