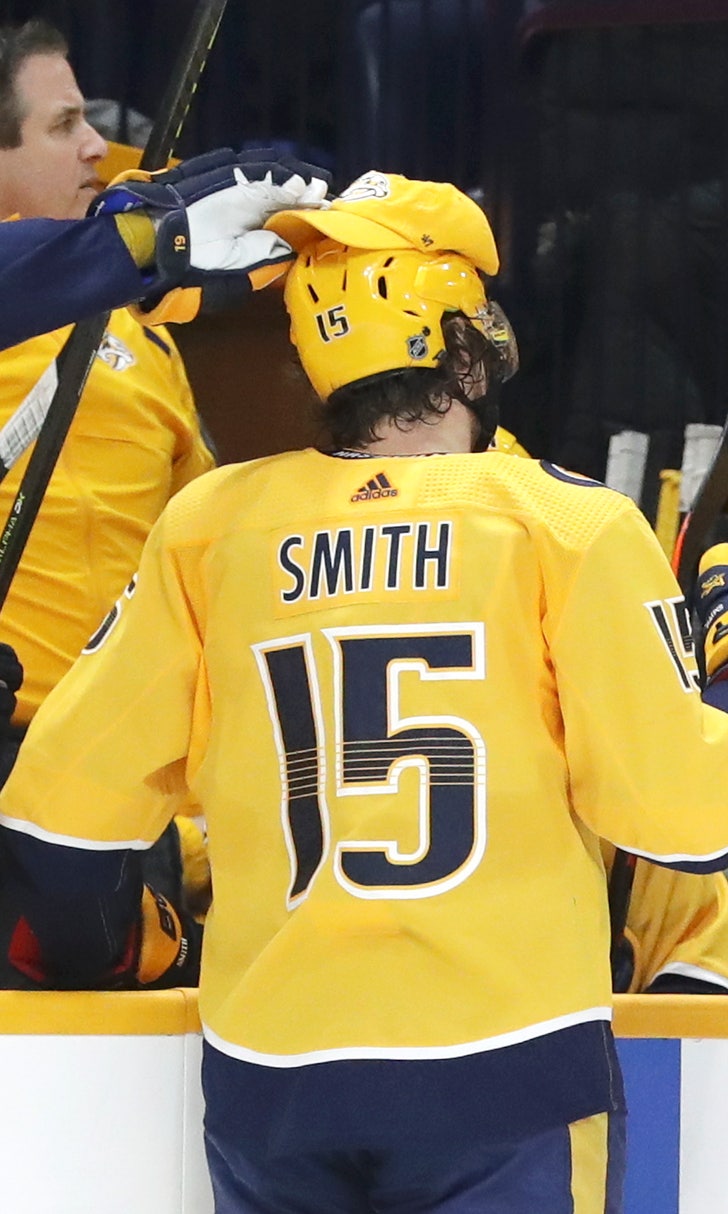 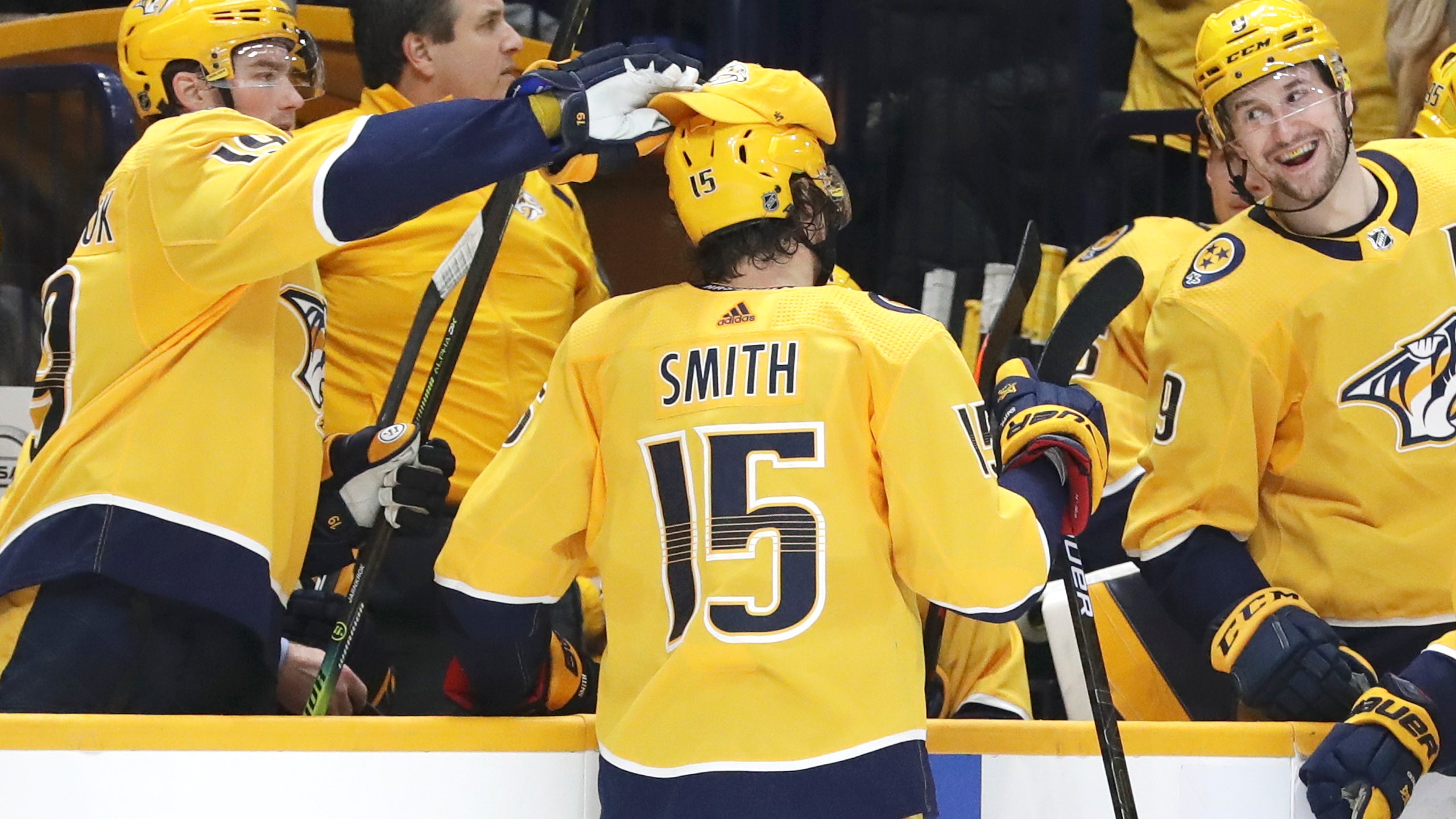 Rocco Grimaldi had a goal and an assist and Mattias Ekholm also scored for Nashville, which snapped a two-game losing streak.

New York had won two in a row. Thomas Greiss allowed three goals on eight shots before he was replaced by Semyon Varlamov, who made 16 saves.

Making his fourth start in Nashville’s last five games, Saros recorded his second shutout of the season and ninth of his career.

“It always helps with the rhythm and everything feels more natural playing more, so it’s been good,” Saros said.

It was Smith's first career hat trick. Prior to Thursday, Smith had 19 two-goal games, including two this season.

Islanders defenseman Nick Leddy had the puck in the right circle. Smith lifted Leddy’s stick, took the puck and then beat Greiss with a quick wrist shot on the short side just underneath the crossbar.

“I just like the way he comes to the rink every day,” Nashville coach John Hynes said of Smith. “He’s a real coachable guy. He’s got good energy about himself. He’s focused.”

Behind the New York net, Grimaldi sent a hard pass to Smith in the slot, where he beat Greiss with a wrist shot.

“We didn’t have a very good start,” Islanders captain Anders Lee said. “We gave them a lot of opportunities and they buried three of them in the first period. We had our chances, but it just wasn’t a good enough effort to get us going in the game tonight.”

Ekholm chased Greiss when he converted a wrist shot from the left faceoff circle 13:33 into the first.

In the first meeting of the season between the teams Dec. 17 on Long Island, Greiss allowed five goals on 15 shots.

“Our effort and our focus on execution and turnovers were not good tonight,” Islanders coach Barry Trotz said. “I didn't like our mindset tonight. There's no way we're going to win any games with that mindset.”

Grimaldi beat Varlamov 4:41 into the second and Smith scored again at 11:38. Smith got his 16th of the season off a pass from Predators captain Roman Josi.