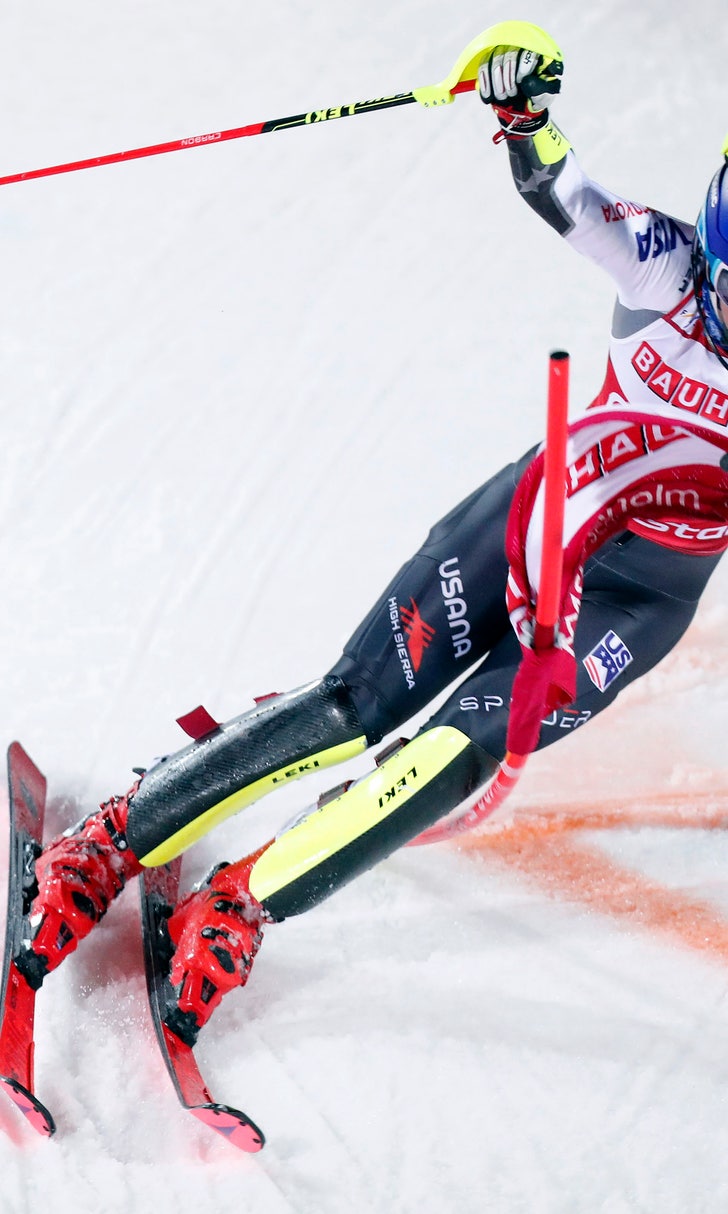 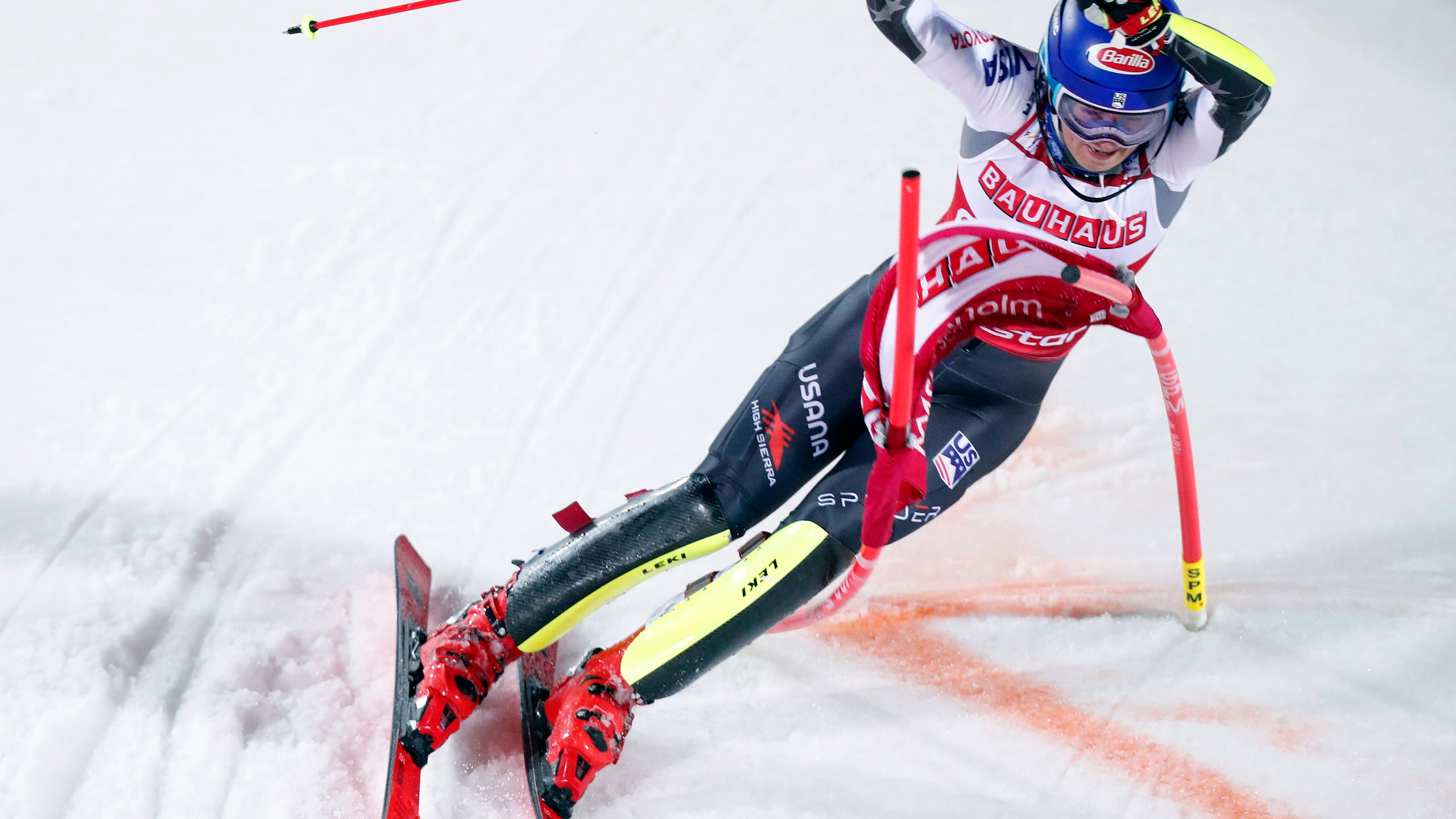 STOCKHOLM (AP) — Mikaela Shiffrin wrapped up the season-long slalom World Cup title Tuesday, three days after winning her record fourth straight world title in the discipline. And she matched yet another record in the process.

Shiffrin won a parallel city event, defeating Christina Geiger of Germany in both runs to win the final by 0.27 seconds.

The victory gave the American two-time overall champion an insurmountable 203-point lead in the season standings with two races remaining. Her closest challenger, Slovakia's Petra Vlhova, was beaten by Geiger in the quarterfinals.

"Each run I was pretty good but not always the fastest," Shiffrin said. "But I was consistent and for tonight, that was enough. It was really fun, actually."

It was Shiffrin's 57th career win and 14th of the season, matching the record for most World Cup victories in a single campaign, set by Swiss great Vreni Schneider in the 1990s.

Both Shiffrin and Hirscher have won the crystal globe for best slalom skier six times in the past seven seasons. They both missed the title in 2016, when Sweden's Frida Hansdotter and Norway's Henrik Kristoffersen finished top of the rankings.

Beaten by Vlhova in a similar event in Oslo on New Year's Day, this time Shiffrin took the win, but she had to overcome a tough fight with Anna Swenn Larsson in the semifinal.

Cheered by her Swedish home crowd, Larsson won the first run by 0.09 seconds, but Shiffrin edged her by 0.10 in the second run to progress with the smallest margin possible.

In the final, Shiffrin was faster than Geiger twice as the German settled for her career best result and first World Cup podium in eight years.

Shiffrin triumphed despite still suffering from the cold she also had to deal with at the worlds in Are last week.

"I skied as well as I could. Even if I was healthy, I probably wouldn't have been able to do better. Now I have some time to really recover," she said.

Shiffrin will sit out races in Crans Montana this weekend and Sochi next week, before returning to the circuit on March 8-9 for technical events in Spindleruv Mlyn in Czech Republic, the resort where she had her World Cup debut in 2011 at age 15.

In the men's event, Zenhaeusern beat Hirscher in the quarterfinal on his way to his second career victory, after also winning here last year.

Hirscher still ended up winning the season title as his two main rivals, Clement Noel and Kristoffersen, had gone out in the opening round.

"I am very happy. Winning the title today was one of the reasons for my start here," said Hirscher, who successfully defended his world title in the discipline just two days earlier.

Noel, who won the World Cup slaloms in Wengen and Kitzbuehel last month, looked like defeating Manfred Moelgg of Italy but the Frenchman was disqualified for straddling the final gate.

And Kristoffersen, beaten by Norwegian teammate Sebastian Foss-Solevaag, has failed to go beyond the opening round of all six city events he has competed in.

The next men's World Cup races are in Bansko, Bulgaria, from Friday through Sunday.