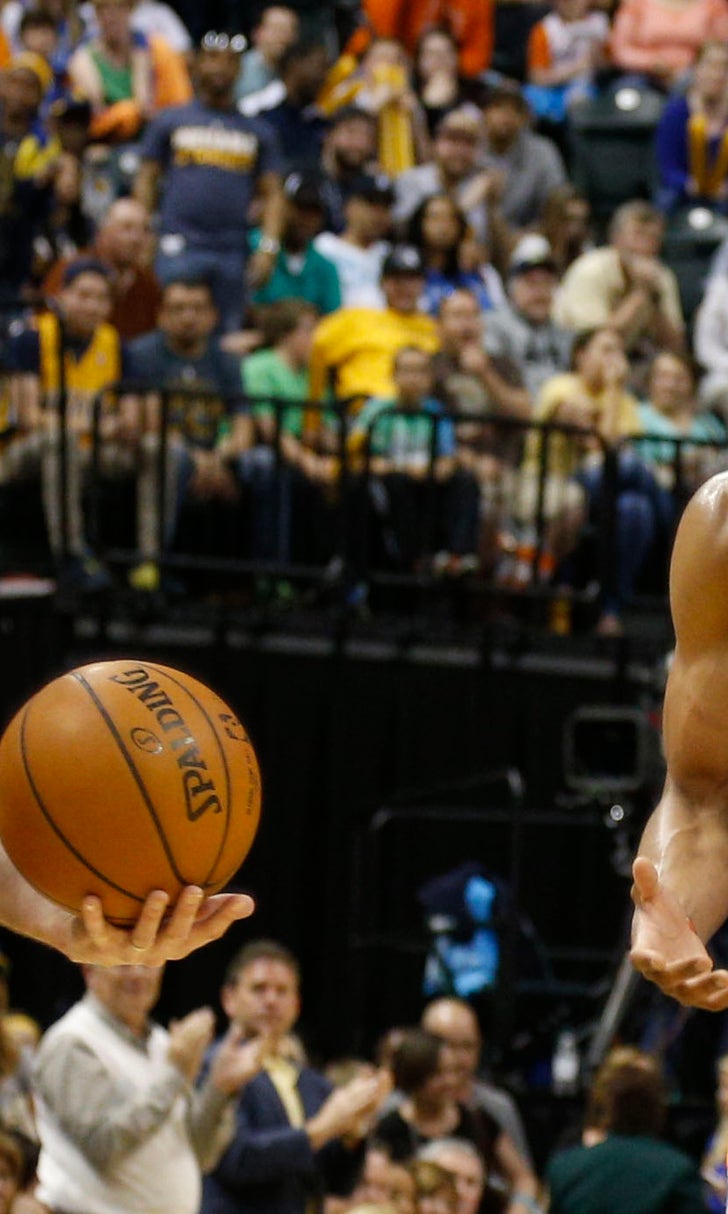 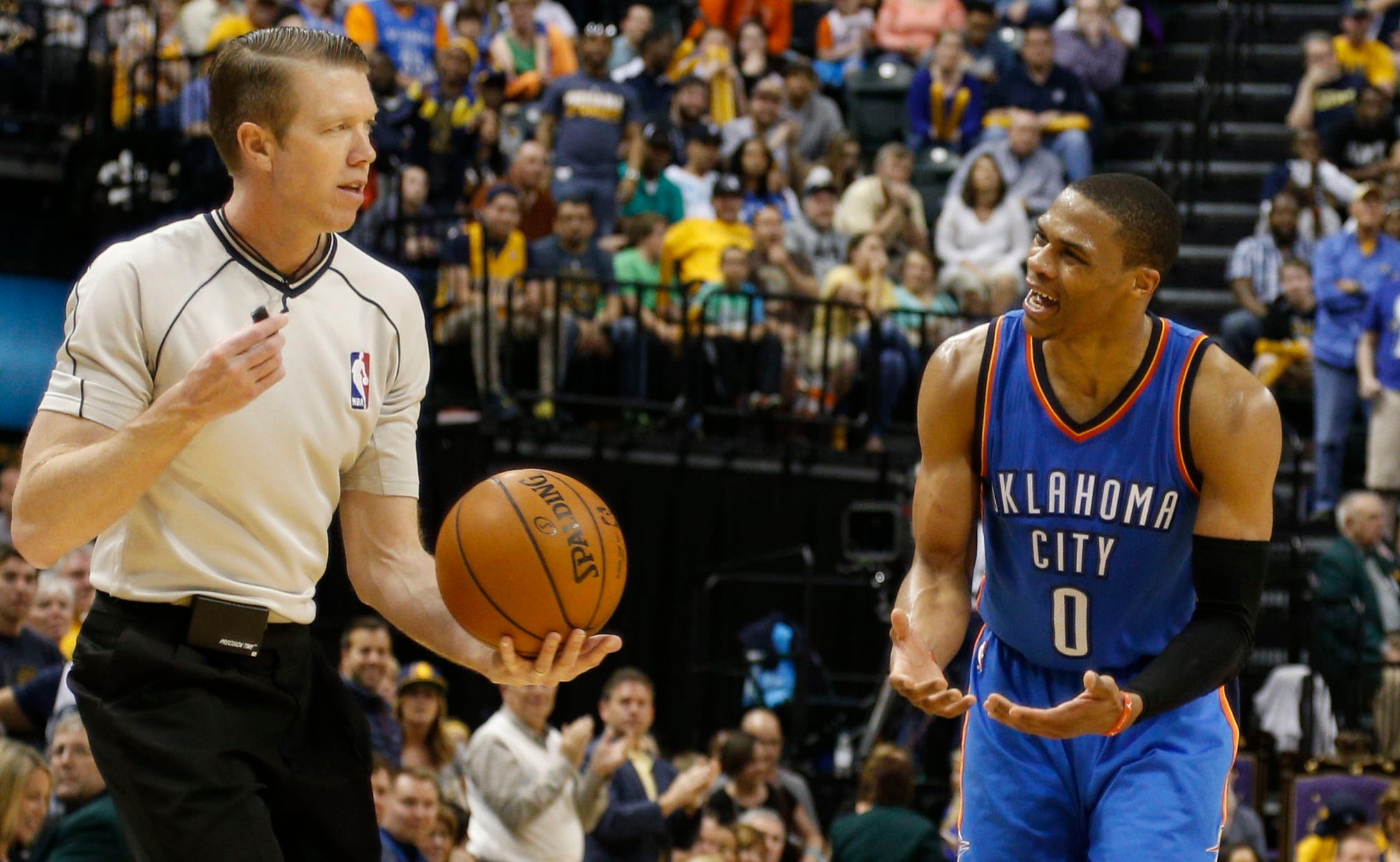 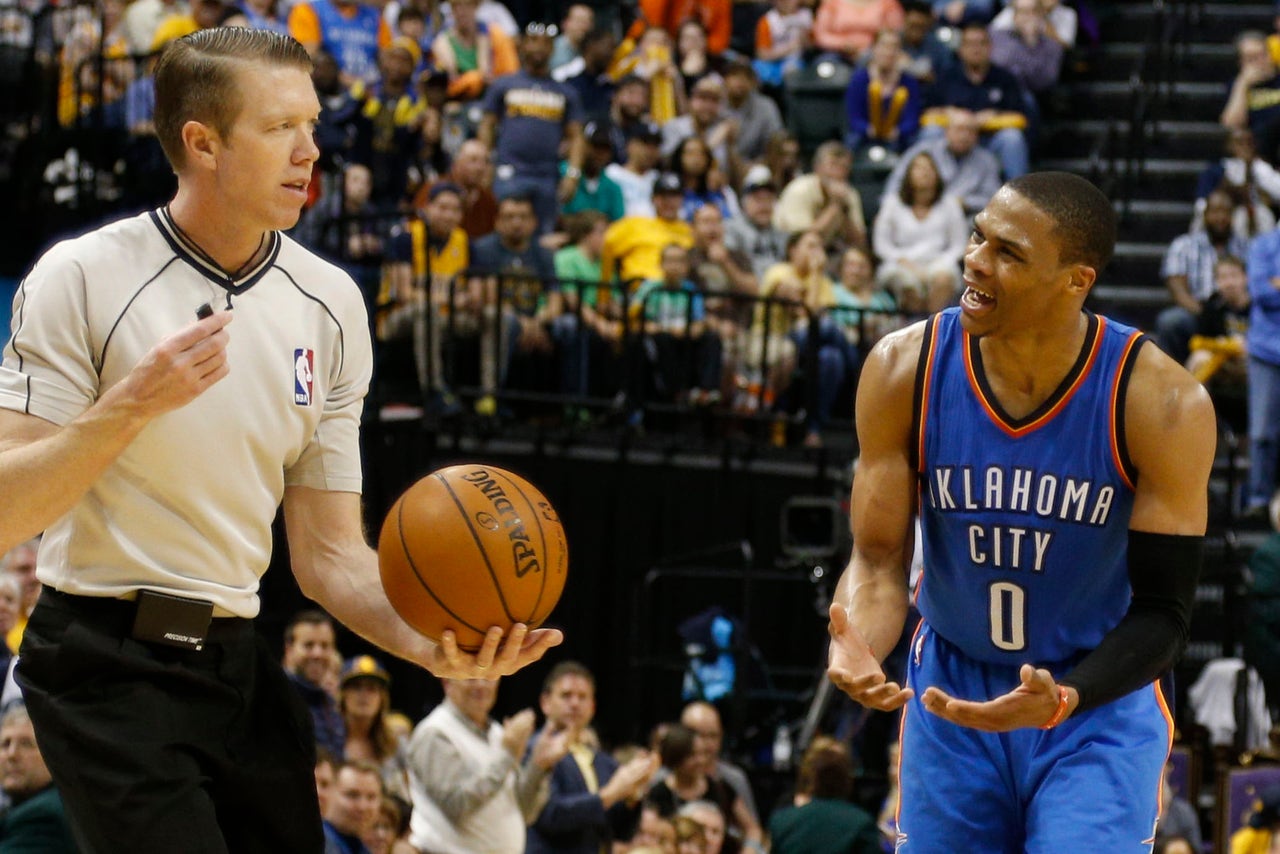 Russell Westbrook has done everything for the Thunder this season.

He won't be doing anything on Monday, though.

With the Thunder's season spinning downward, Westbrook will not be in the lineup against Portland after picking up his 16th technical foul of the season Sunday night in Indianapolis. He will be suspended by the league for one game.

Meanwhile, Oklahoma City fell to the Pacers 116-104 while the Pelicans lost in Houston, leaving the Thunder and New Orleans tied with two games to play. New Orleans owns the tiebreaker, so that means the Thunder have to finish the season a full game ahead or the Thunder will miss the playoffs.

But back to the big picture.

So much of the season has been beyond the Thunder's control with their long list of injuries. But Westbrook's temper Sunday was something that could have been controlled. Instead, he'll miss a game the Thunder have to win to get into the playoffs.

So good Sunday when he went for a career-high 54 points. So good this season with his triple-doubles, his picture on the Sports Illustrated cover and his broad shoulders, which first sustained this team while Kevin Durant missed game after game with foot injuries, then carried them back above .500 and into the playoff picture.

But because of Westbrook's fourth-quarter technical foul the Thunder will have to wait on the league office to decide if the foul will be rescinded and if Westbrook can play. Just one more thing beyond this team's control.

Coach Scott Brooks told FOXSportsOklahoma after the game he wasn't worried about not having Westbrook, but everyone else sure is. And they should be.

Think the Thunder can win without him? Well, when he got the technical foul with just less than 6 minutes to play, Oklahoma City trailed by four. The Pacer lead was 12 just 46 seconds later. Attribute that to knowing exactly what was in store.

Durant won't be playing against the Trail Blazers Monday. Serge Ibaka is out, too. A horrible time for Westbrook, who has been a model citizen with limited court discipline, to get another technical.

"His competitive spirit kept us in the game," Brooks said. However, it will also likely cost them a game Monday. Now, Portland has nothing to gain by winning in Oklahoma City tomorrow night, but the Thunder have so much to lose. They'll have to try and figure out a way to win without the league's top-scorer.

"I got no view of it," Westbrook told The Oklahoman after the game of the technical foul.

Knowing he needed to be on his best behavior, Westbrook argued with referee Ed Malloy. Knowing people would be praising his 54-point game, Westbrook instead turned the conversation from the court to a closed office. The injuries, the surgeries to Durant and Ibaka. Those things are bad luck.

Westbrook very well might get a pass and the technical might very well get rescinded. If that's the case, consider it a bit of good luck.

But it's another thing beyond this team's control.