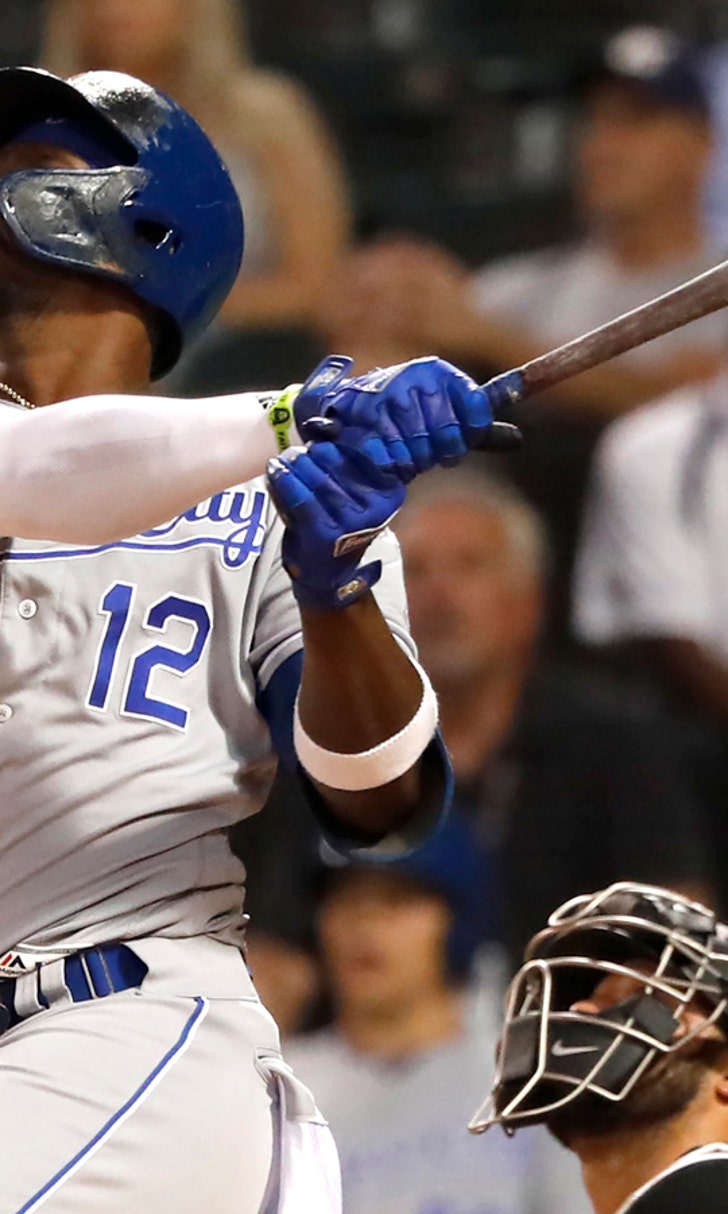 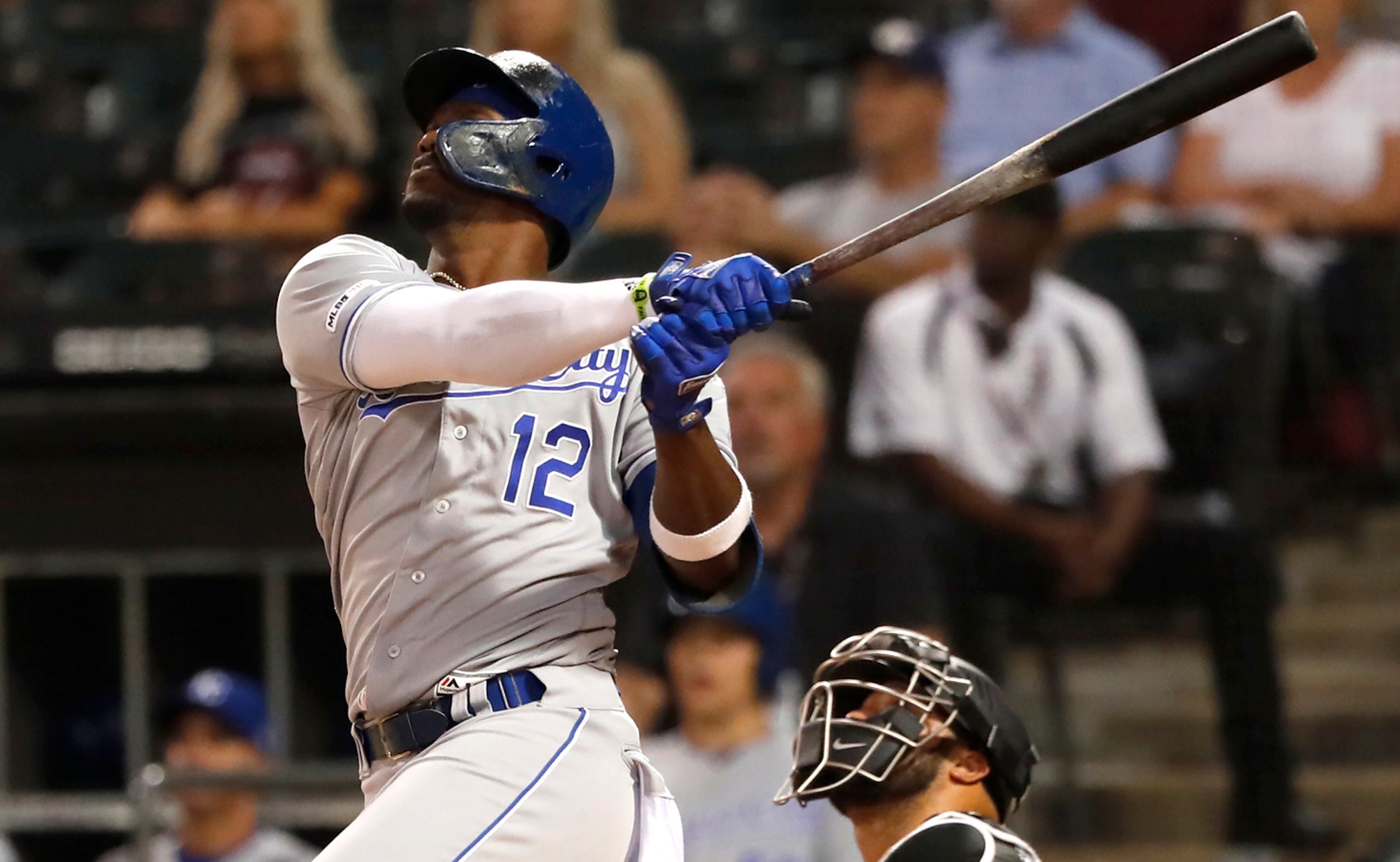 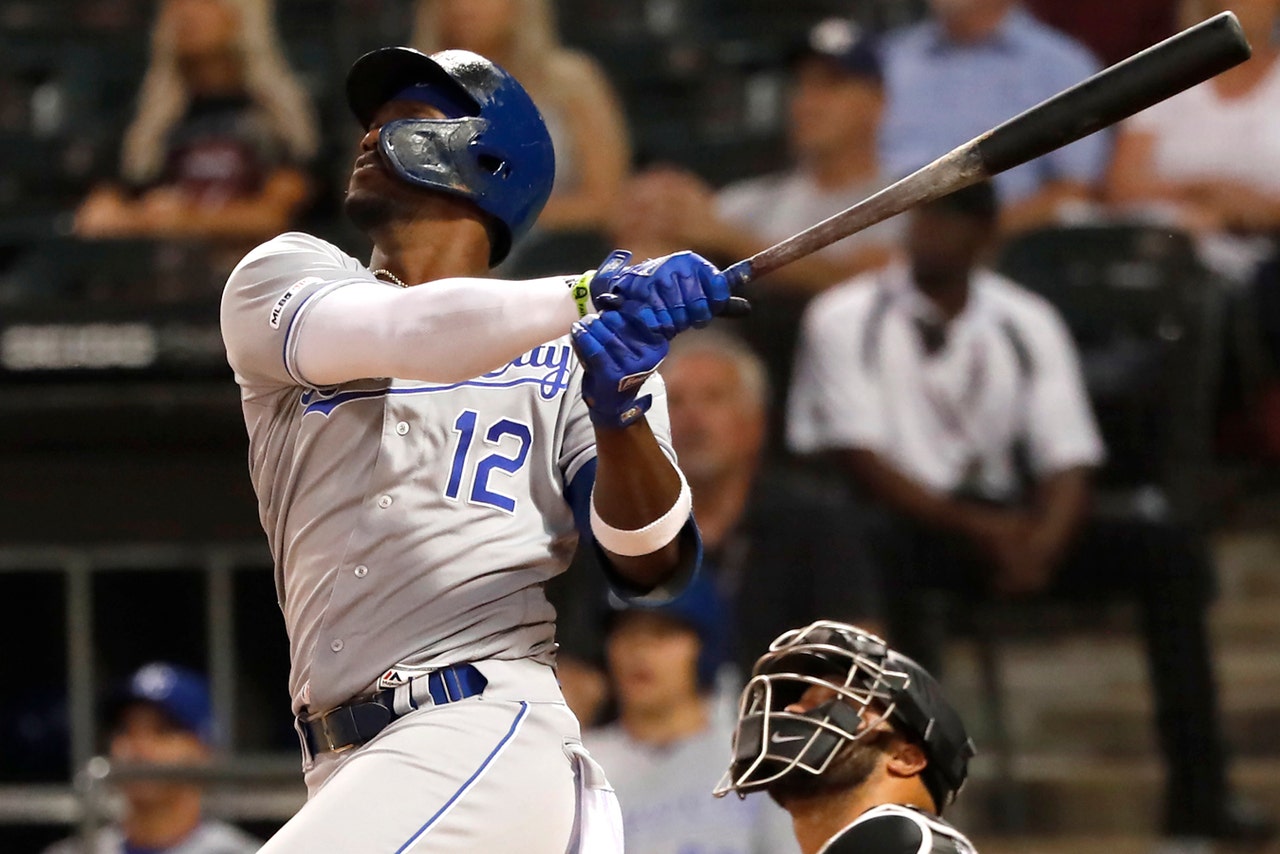 CHICAGO — Kansas City manager Ned Yost believed Jorge Soler would be a great hitter when the Royals traded for the slugger before the 2017 season.

Soler hit a pair of two-run homers among his career high-matching four hits, leading the Royals to an 8-6 victory over the Chicago White Sox on Wednesday night.

It was the fifth multi-homer game of Soler's career and third this season. He also has five more homers than the Royals' previous team record of 38, by Mike Moustakas in 2017. Soler came within a few inches of a third homer, but his drive in the third hit high off the wall for a double.

"He's come a long way over the course of the year, and he's only going to get better," Yost said.

Soler seemed headed for a breakout season a year ago before suffering a broken foot in June.

"It really started to come last year (before) he broke his foot," Yost said. "Coming into spring training, we hoped as a staff that he could continue what he did last year, and he's done that and more."

Adalberto Mondesi homered and had three hits, and Bubba Starling and Ryan O'Hearn also connected as the Royals beat Chicago for the fifth time in six games.

Rookie Eloy Jiménez homered, his 26th, and drove in four runs, and José Abreu added a two-run shot for the White Sox.

Abreu has 32 homers and 114 RBIs, which is three off the major league lead at the start of Wednesday.

The teams combined for seven homers and have hit a total of 13 in the first two games of the series.

Glenn Sparkman (4-11) allowed three runs on four hits and snapped a nine-start winless streak. He had last won on July 16, against the White Sox at Kansas City.

Scott Barlow worked two scoreless innings and Ian Kennedy pitched the ninth for his 28th save.

Chicago starter Reynaldo López (9-13) was coming off a complete-game one-hitter, but was roughed up for six runs on nine hits in 4 2/3 innings. He allowed four homers and has given up 31 in 166 2/3 innings this season.

The 25-year-old right-hander has struggled with consistency from start to start. Before the one-hitter at Cleveland on Sept. 5, he gave up six runs and got only two outs at Atlanta on Aug. 31.

"Obviously, he had good stuff, but he wasn't locating at all," White Sox manager Rick Renteria said.

"It is frustrating not to being able to be consistent, especially after the last outing," López said through a translator.

López, though, couldn't keep the ball in the park. Mondesi hit a two-blast in the third to put the Royals back on top. Bubba Starling and Ryan O'Hearn then added solo shots in the fourth and fifth innings to make it 6-3.

The White Sox cut the deficit to two in the sixth on a Jiménez RBI groundout.

Soler's second two-run homer — off reliever Michael Fulmer in the eighth — made it 8-4. Abreu then hit a two-run shot off reliever Jesse Hahn in the bottom of the inning to cut the lead to two runs again.

Yost on Soler: "He's learned how to be a tremendous offensive producer at the big league level. He's learned the strike zone intricately. He'll argue with umpires, and every time you go look, he's right. Umpires are wrong, he's right. Every time." #AlwaysRoyal pic.twitter.com/ZQVI8ORE2e

Earlier in the season, Soler talked about hitting 30 homers and then 40. He was asked if he has a new goal in mind.

"I don't have any number in sight," he said through a translator. "I'm just trying to stay focused and just keep swinging."

White Sox: Renteria, who had shoulder surgery on Friday, is with the team and handled the pregame media session. He wasn't visible in the Chicago dugout for much of the game, but came out to argue in the ninth after James McCann was ejected. Bench coach Joe McEwing handled the pitching changes.

Chicago RHP Lucas Giolito (14-8, 3.27 ERA) faces Royals RHP Jorge López (3-7, 6.23) Thursday afternoon in the finale of the three-game series. Giolito is 3-1 with a 2.32 ERA against K.C. this season. López had his longest career outing last Friday at Miami with six scoreless innings.