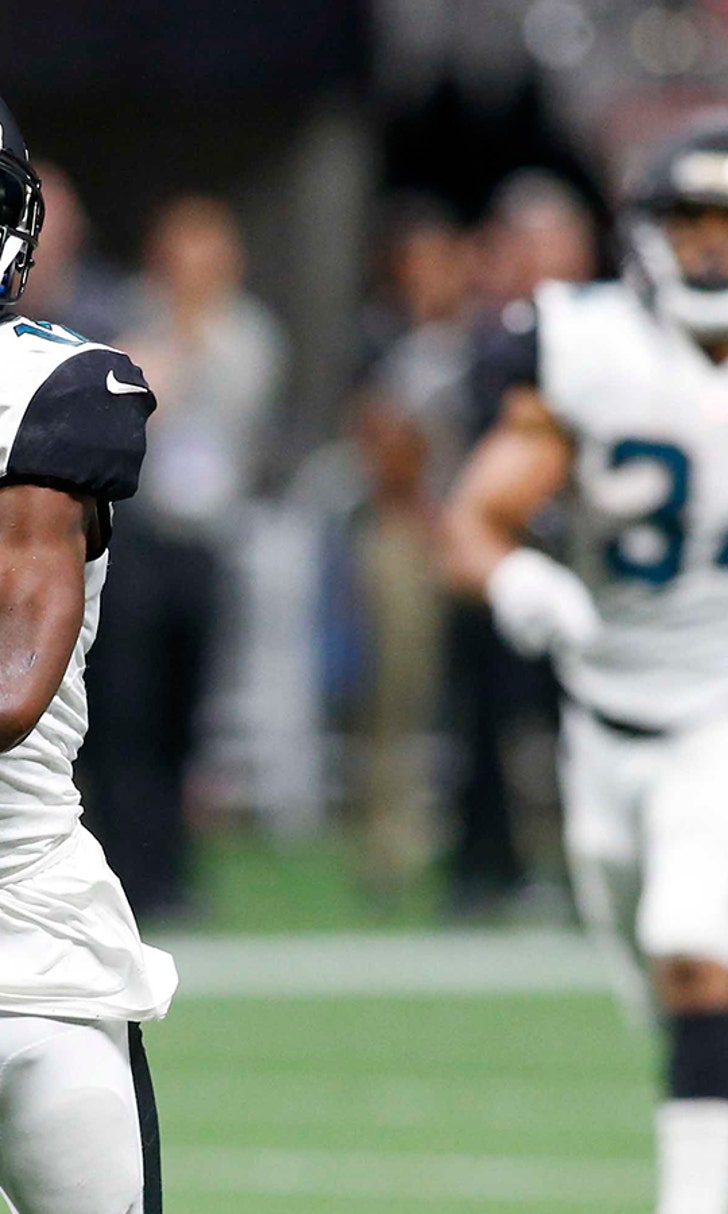 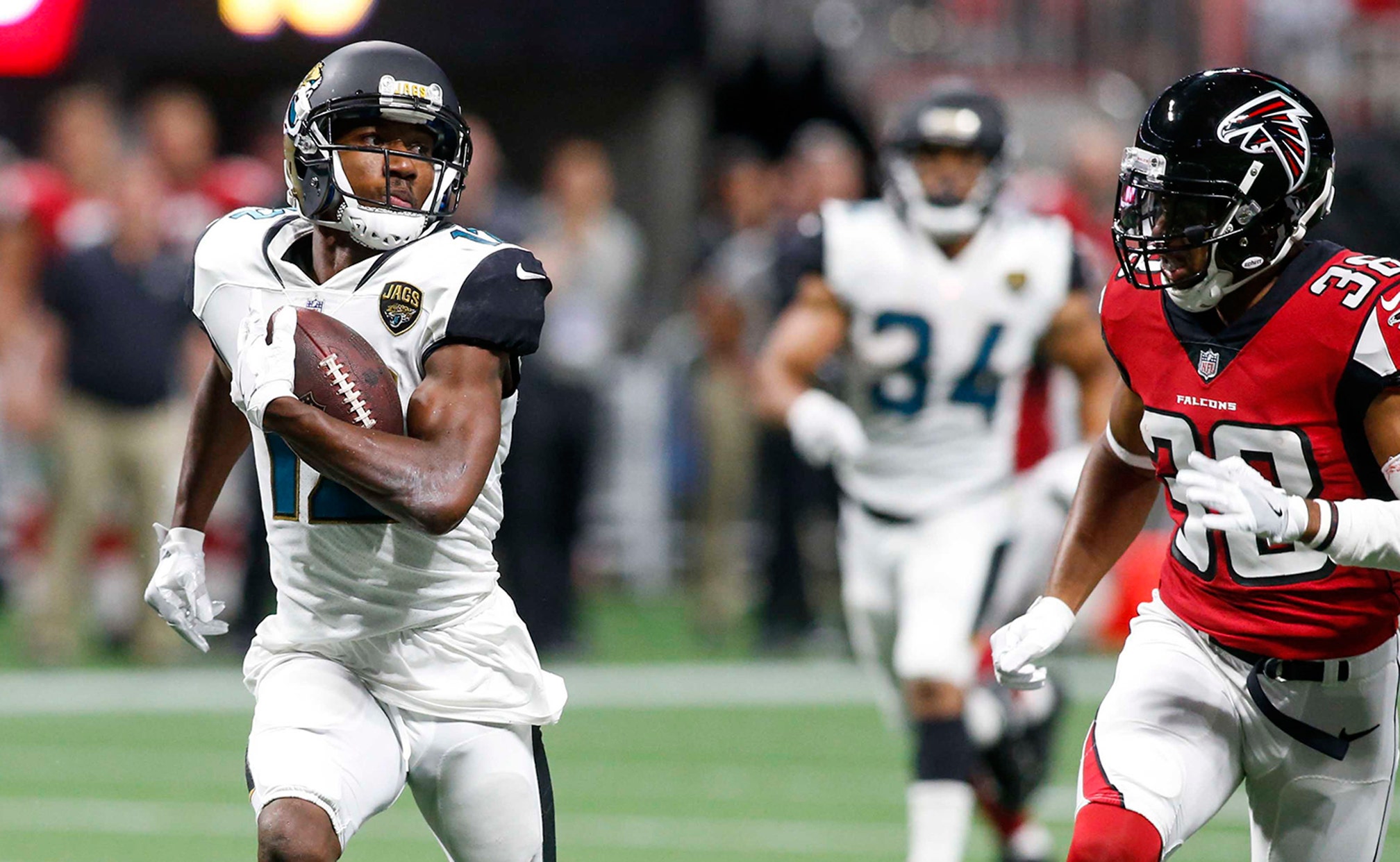 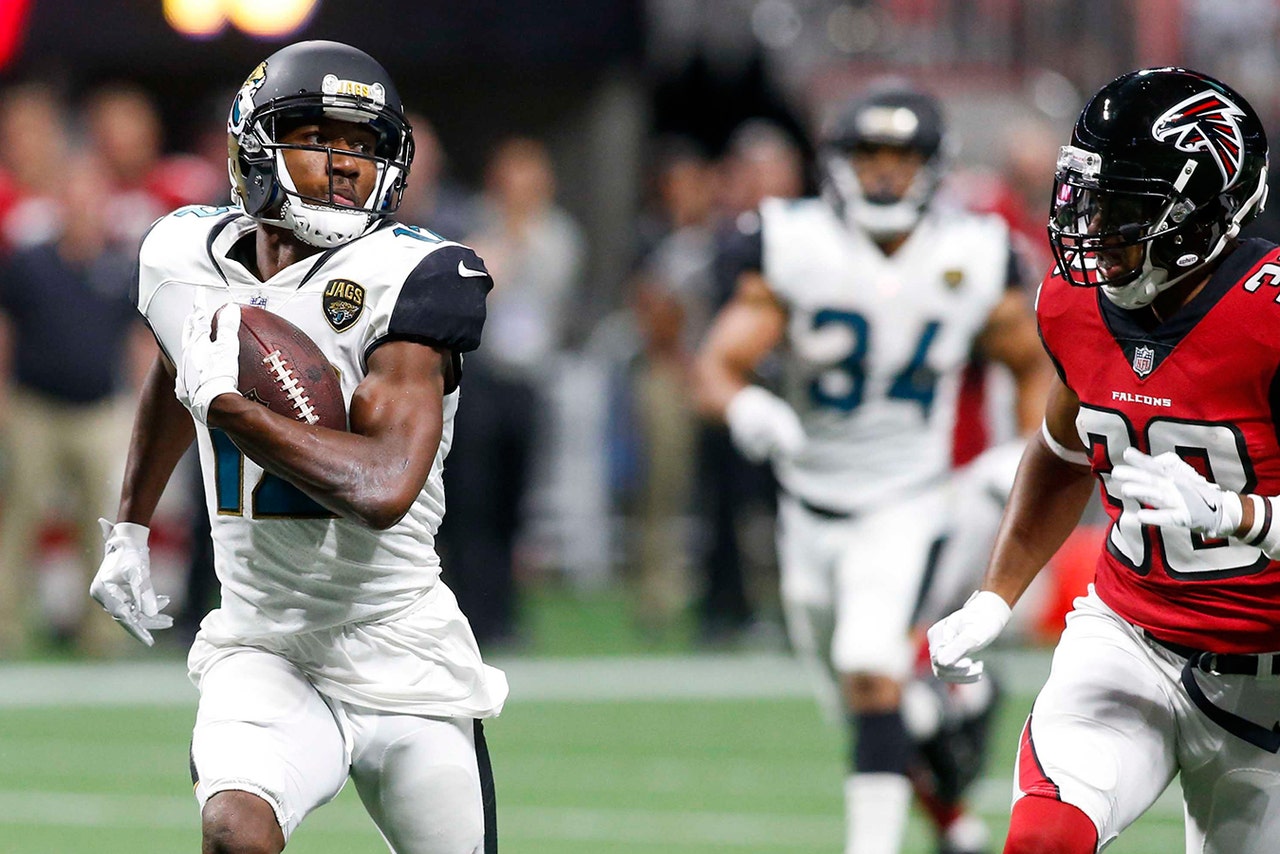 Westbrook returned from an injury with six catches for 115 yards and a touchdown, all in the first half, helping the Jacksonville Jaguars close the preseason with a 13-7 win over the Atlanta Falcons on Thursday night.

Westbrook strengthened his case for a roster spot by showing off his big-play potential against the Falcons (0-4). Westbrook beat Falcons cornerback Akeem King for a 43-yard touchdown catch on the final play of the first quarter and had another 43-yard catch in the second quarter.

"Every time he's been out there, he's made plays," Marrone said of Westbrook. "He showed his speed tonight."

Westbrook, a fourth-round draft pick from Oklahoma, entered the game leading the NFL with 173 yards receiving in the preseason despite missing last week's game against Carolina with soreness. He visited a core muscle specialist in Philadelphia on Monday.

"I just wanted to get a second opinion on how I felt, and the doctor told me I was fine," Westbrook said, adding he can't relax even if he has won a spot on the team.

"Even if I do solidify the spot on the roster, I still have to continue to get better," he said.

Final roster evaluations were the emphasis as the teams held out a combined 66 starters and top backups.

Brandon Allen played the full game at quarterback for Jacksonville (2-2) and threw for 265 yards with the touchdown to Westbrook and three interceptions, including two in the end zone.

Atlanta's Bidi Wreh-Wilson intercepted a fade pass for Westbrook from the 4 in the first quarter. Sharrod Neasman stopped another drive in the end zone when he intercepted a pass from Allen tipped by Chris Odom.

Jacksonville's Jason Myers kicked field goals from 56 and 36 yards in the third quarter.

The Falcons scored early in the fourth quarter when Jhurrell Pressley fumbled on a run from the Jaguars 1. Tight end Darion Griswold recovered the fumble in the end zone for a touchdown.

Falcons and MLS Atlanta United owner Arthur Blank announced his family foundation will match contributions from his teams' fans up to $1 million to the Red Cross Disaster Relief Fund in support of those affected by Hurricane Harvey. Blank called on Falcons and Atlanta United fans to "join us by giving whatever they can to support our brothers and sisters in a time of incredible need."

Each team continued to evaluate candidates at guard.

Atlanta continued to rotate right guard candidates Ben Garland and Wes Schweitzer. The two have shared the starting role through the preseason. Coach Dan Quinn said both may play.

"We're very fortunate we've got two guys of that caliber who can play all three inside spots," Quinn said.

Luke Bowanko, Patrick Omameh and Earl Watford have competed at left guard for Jacksonville. Tyler Shatley and Watford were the starting guards.

Rookie defensive end J'Terius Jones had three tackles and now must wait to see if he survives roster cuts, which must be made by Saturday at 4 p.m. Jones said his plan for the next two days is "Just stay prayerful and stay positive."

Jaguars: Rookie S Jarrod Harper was strapped to a backboard, put on a stretcher and carted off the field after he was suffered a concussion on punt coverage in the first quarter. Jacksonville players surrounded Harper before he was driven off the field. "Obviously, that was a scary moment for all of us," Marrone said. ... SS Jeron Johnson left with a groin injury.

Falcons: Rookie S Quincy Mauger needed help leaving the field after suffering an apparent knee injury in the third quarter. He was escorted to the locker room a few minutes after leaving the game.

Jaguars: Scheduled to open regular season at Houston on Sept. 10. 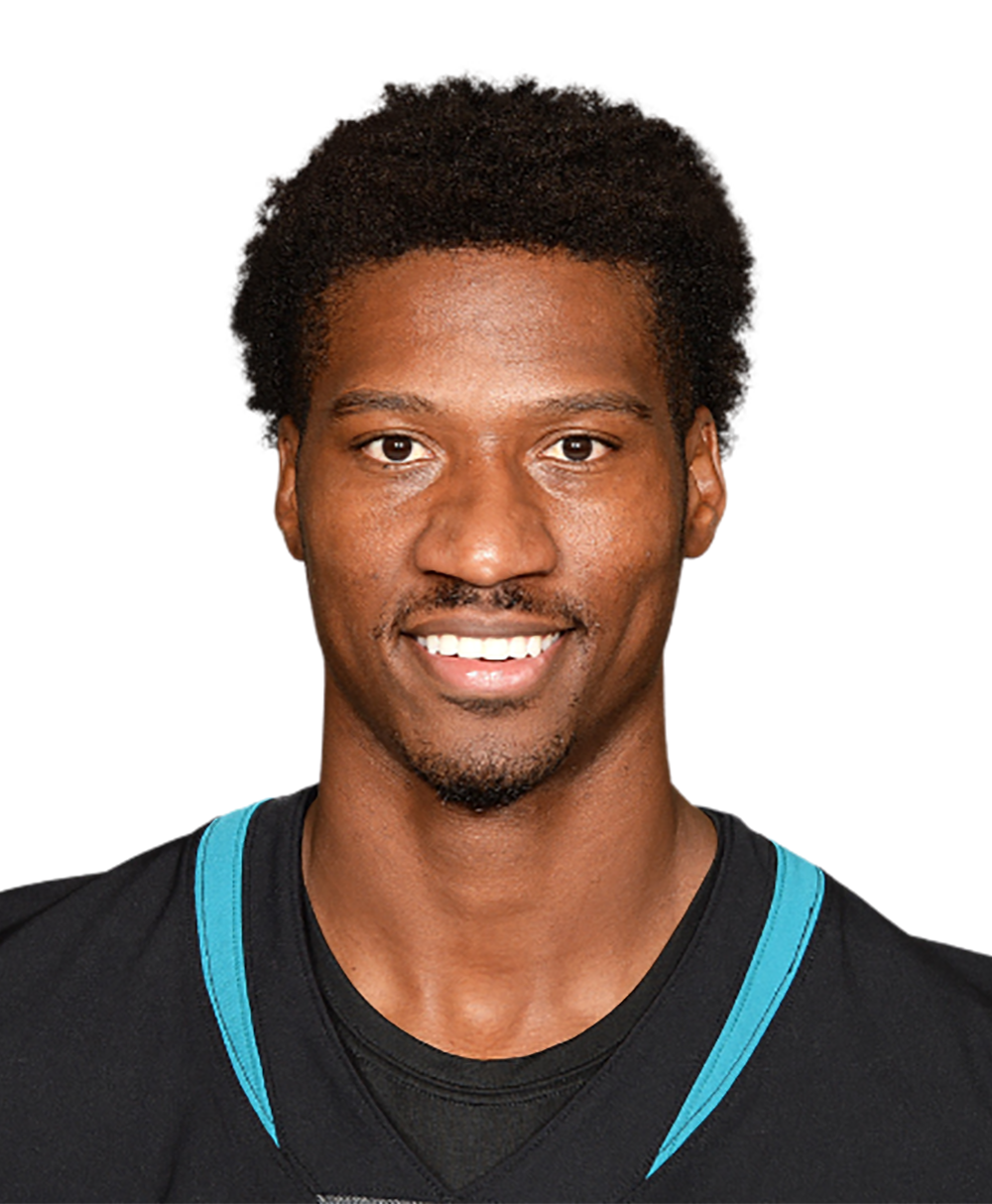