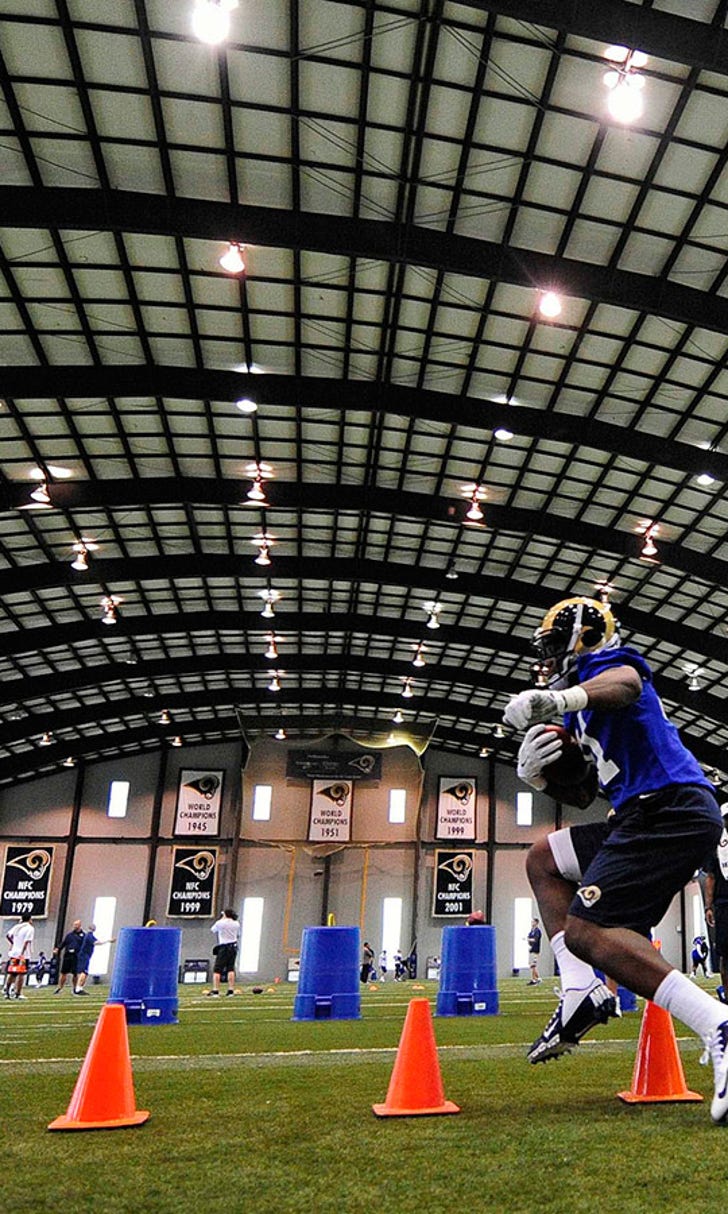 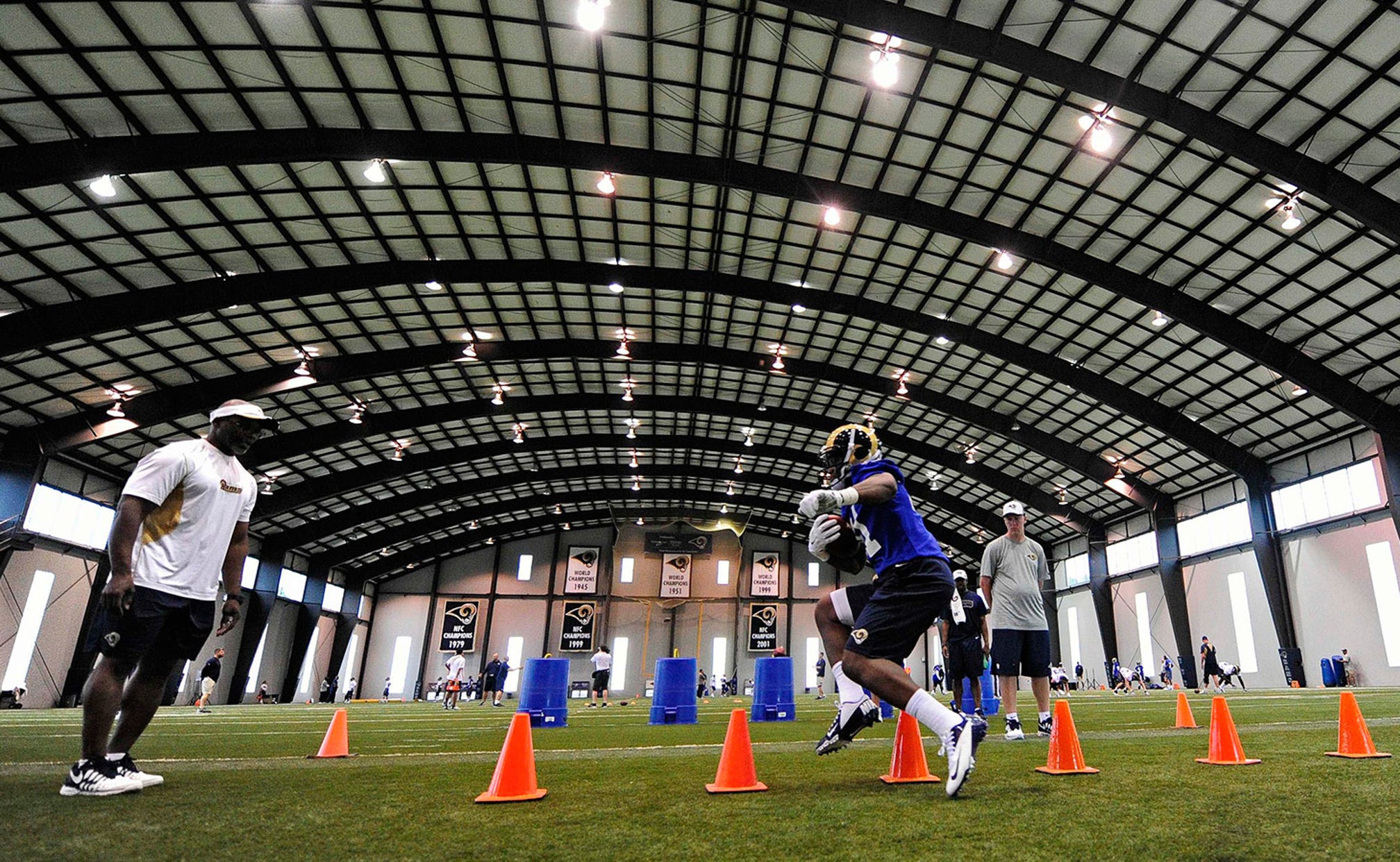 Rams expect to be moved out of St. Louis by Thursday 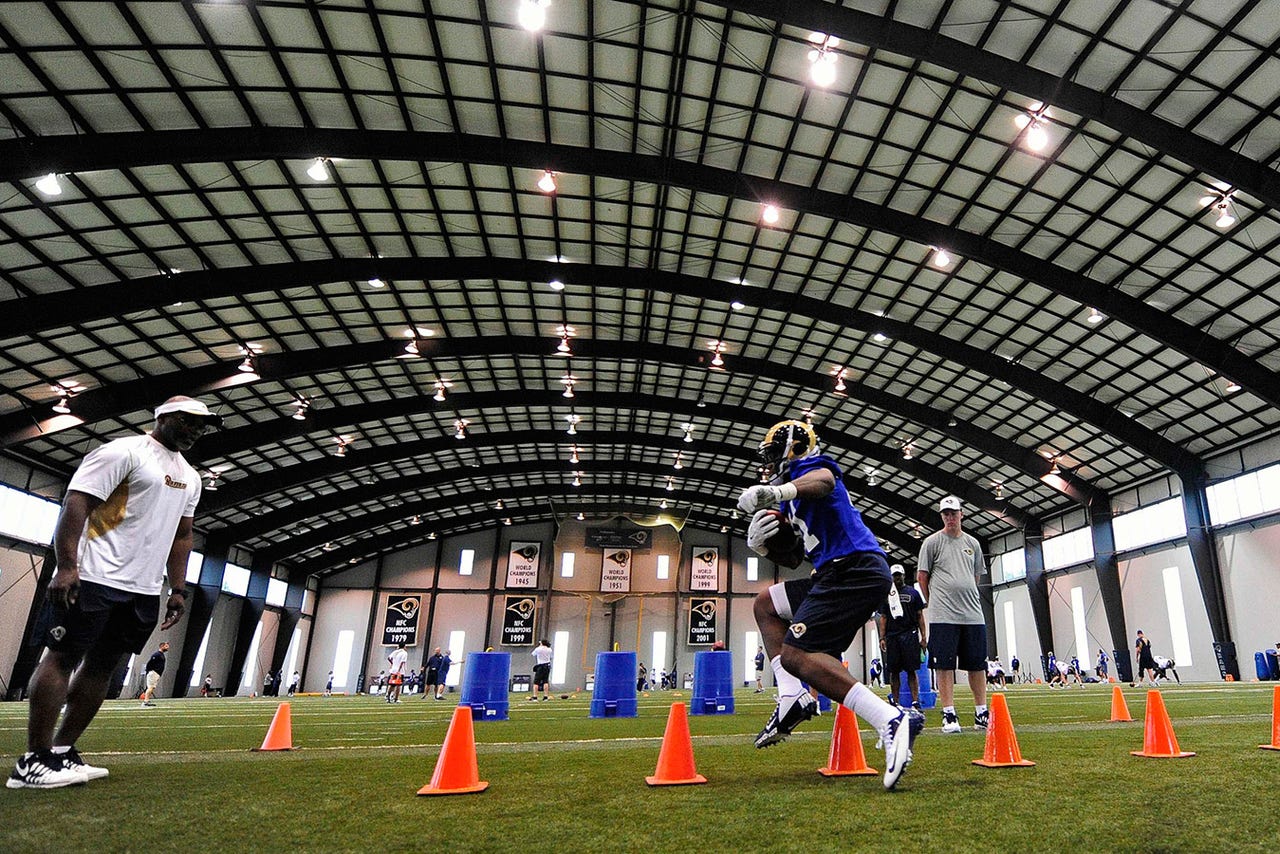 ST. LOUIS -- For weeks now, a steady succession of moving vans has been hauling away bits and pieces of the Los Angeles Rams franchise for the West Coast.

By Thursday, the job should be finished and the team plans to close for good in St. Louis after 21 seasons. 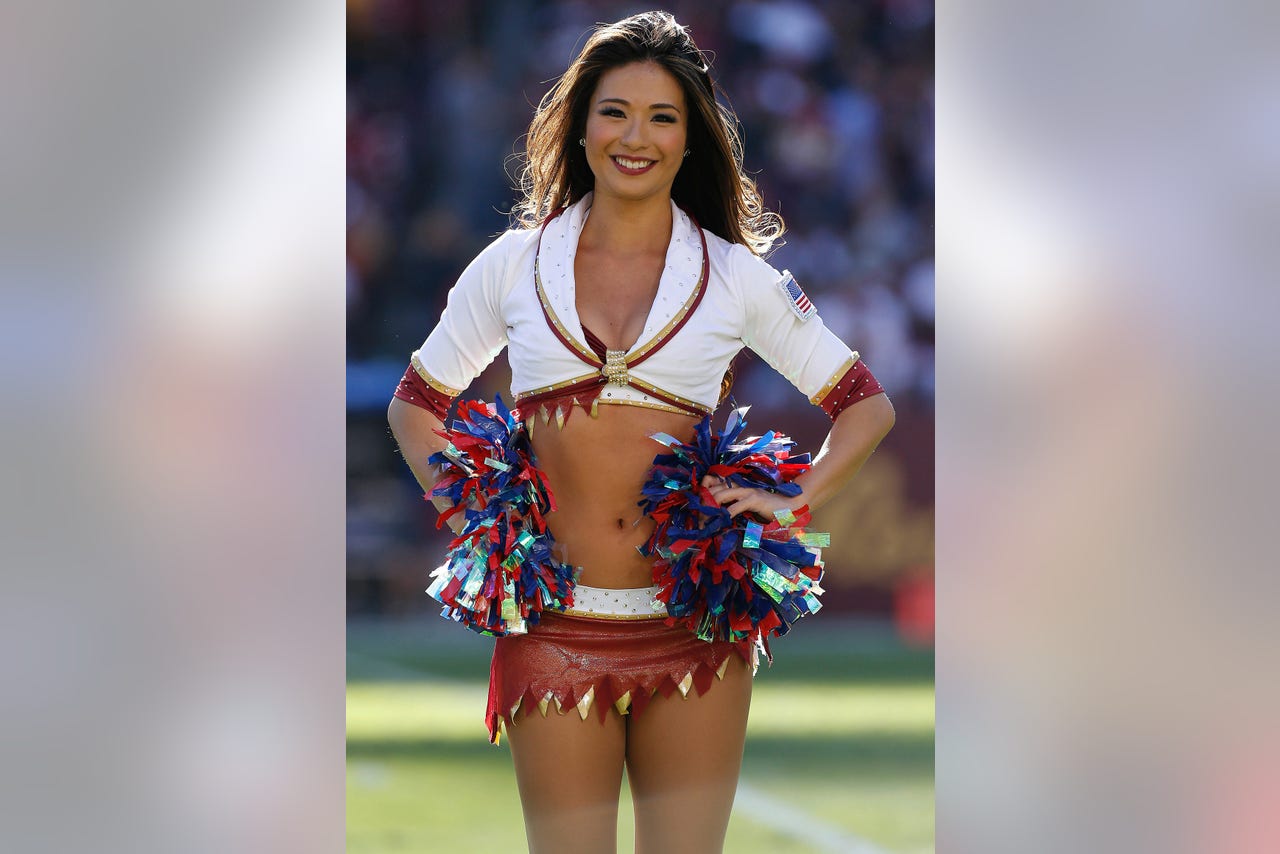 Relocating offices, weights and equipment and personnel has been a monumental task that has kept the Rams hopping since owners approved the move in mid-January. Bruce Warwick, the team's director of operations, said about 30 semi-truck loads carrying 20,000 to 22,000 pounds each will make the journey to temporary headquarters in California.

Those in charge of the nuts and bolts were instructed not to jump the gun, to comply with league guidelines. Still, during last season inventory was assessed in anticipation of a move.

"Once the vote went down, then it was on," Warwick said. This week, he said, will be a "constant of semis coming and going."

Business and scouting operations were shut down in St. Louis last Friday. The Rams Park parking lot is nearly empty now with just finishing touches remaining before the $15 million complex reverts to St. Louis and St. Louis County ownership, its future use unclear. Inside, the walls are bare.

Back in 1995, most of the team made the move to the Midwest. Plenty of folks will be left behind this time, including the long-time head groundskeeper and a high-ranking member of the public relations staff.

There have been no protests, though emotions here remain raw for a deserted fan base feeling jilted by a franchise that produced a Super Bowl championship but just four winning seasons overall. A proposal for a new stadium was described by owner Stan Kroenke as a sure path to "financial ruin."

Within the team, the focus has been on the many preparations for next season in a new home.

"We tried to figure out what was best for the business side, the operation side. What's realistic?" Warwick said. "All those things had to factor in around draft meetings, free agency. We had to take all those things into consideration."

Warwick has been splitting his time between Los Angeles and St. Louis, getting a feel for the "massive" territory the Rams have reacquired. The primary goal has been minimizing distractions for the front office, coach Jeff Fisher and the players.

Much of the planning has been done on the fly for a franchise that must remain mobile. The new stadium in Inglewood won't be ready until 2019 and everything is temporary; the team is building modular trailers for football operations to use for the next three years. Business operations will be in Thousand Oaks and draft meetings will be in Oxnard, beginning in early April.

The Rams practiced in Oxnard last summer, between road preseason games on the West Coast, borrowing the Cowboys' training complex and giving enthusiastic fans a preview of what was to come.

Some of the first loads, seven in all, went directly to warehouse space in Anaheim, where the team played before the '95 move. Among the items destined for storage is the Lombardi Trophy from the out-of-nowhere Super Bowl title season in 1999.

Among the items not making the trip: Apparel that says St. Louis. That will be donated to charity.

"We try not to be wasteful," Warwick said. "If it makes sense to take, we'll take it. If it's something we can donate, we'll donate it."

The Rams set up an internal website to tag and catalog about 25,000 items to be moved, a number that doesn't include items boxed up by employees.

For personnel making the move, Warwick said the team has coordinated shipment of vehicles and household items. He said at least 20-25 people have already been moved west.

What Is Rams vs. Packers? An Elite Clash
He'll soon fill in for Alex Trebek (no, really). First, Aaron Rodgers and the Packers must face down the NFL's top defense.
3 days ago

How To Win $250,000 On Rams-Packers
Will the Rams be able to slow down the Pack? If you make the right choices, you could win big in the Super 6 contest.
3 days ago
those were the latest stories
Want to see more?
View All Stories
Fox Sports™ and © 2021 Fox Media LLC and Fox Sports Interactive Media, LLC. All rights reserved. Use of this website (including any and all parts and components) constitutes your acceptance of these Terms of Use and Updated Privacy Policy. Advertising Choices. Do Not Sell my Personal Info